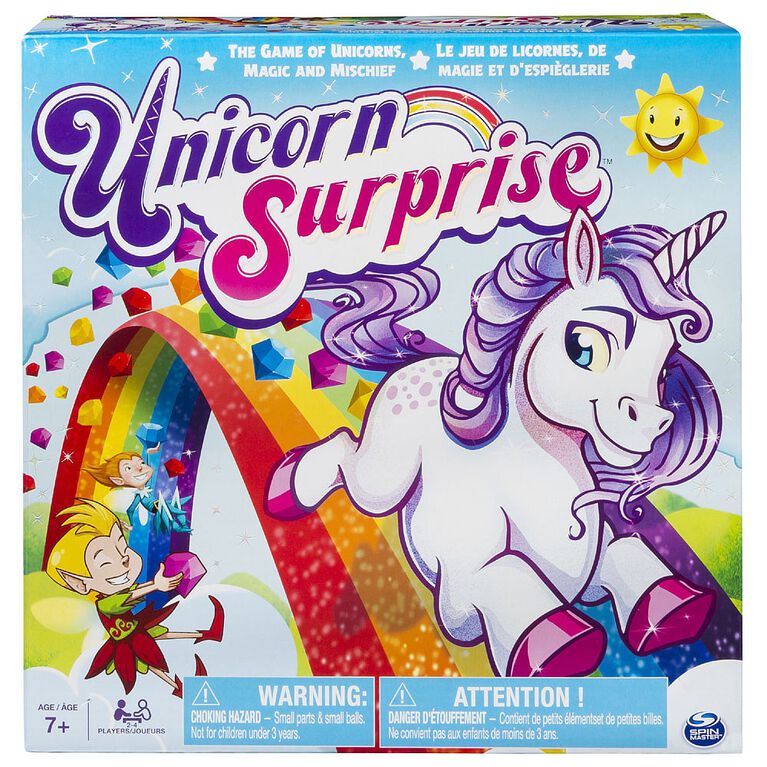 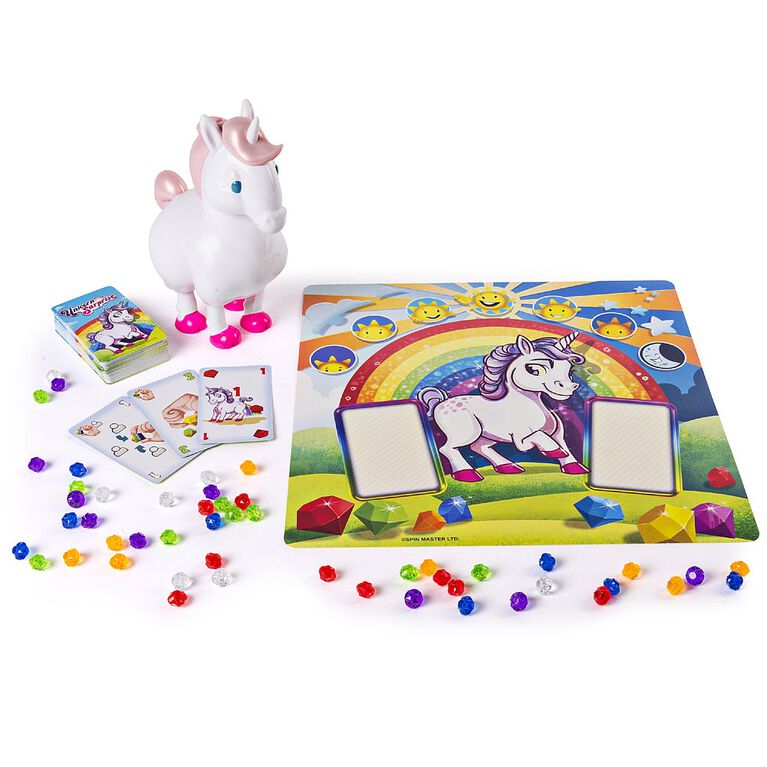 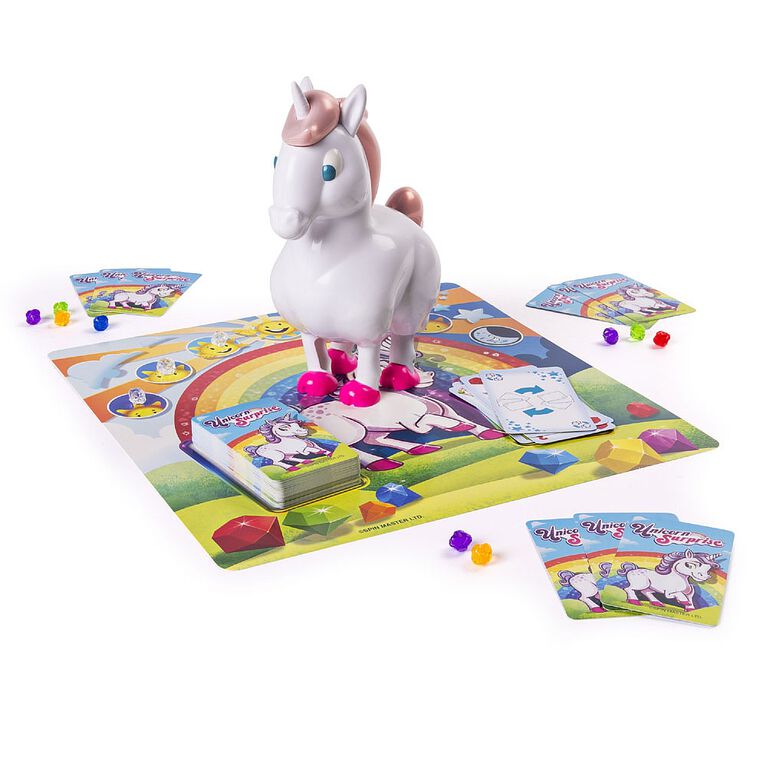 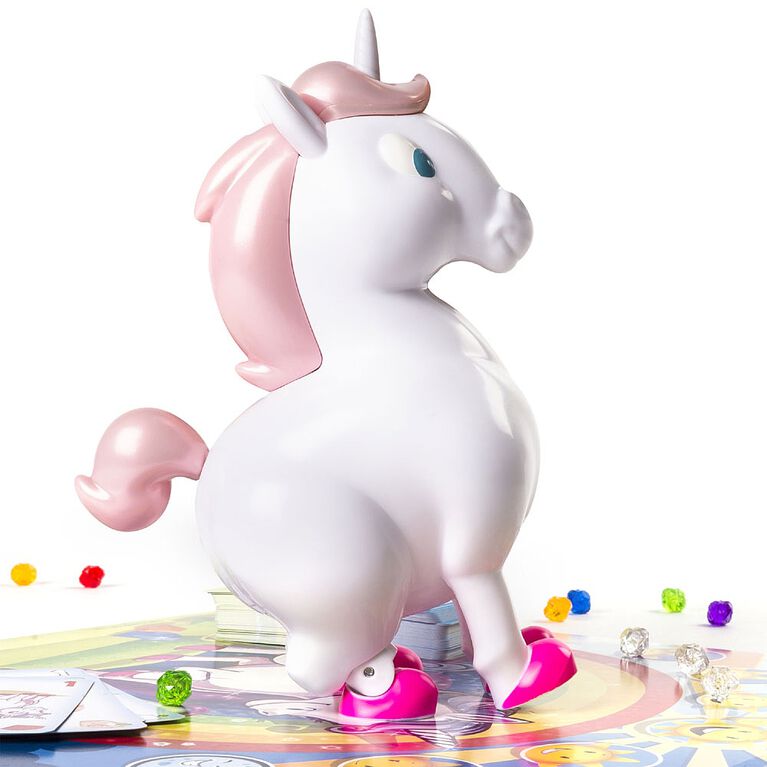 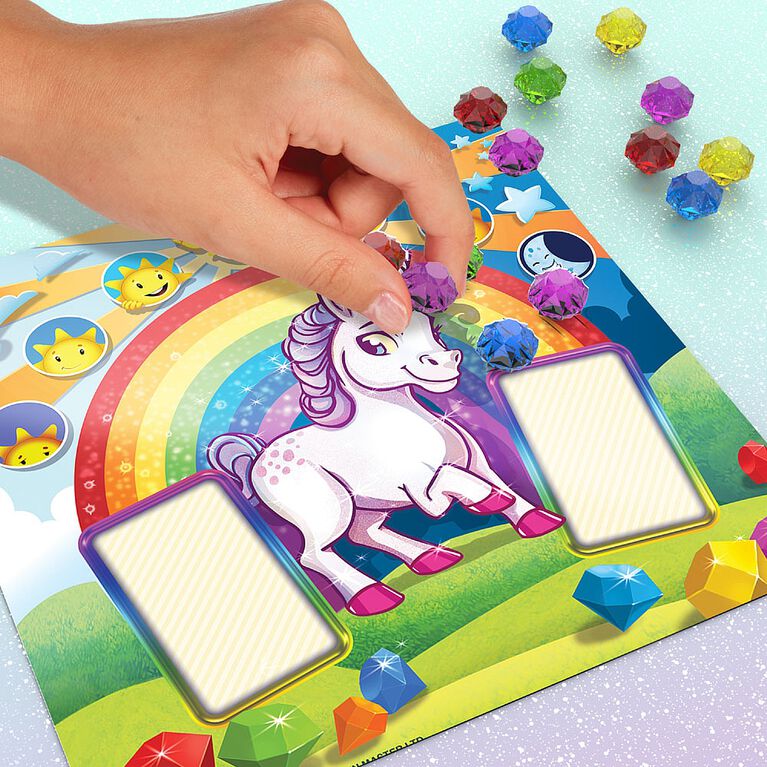 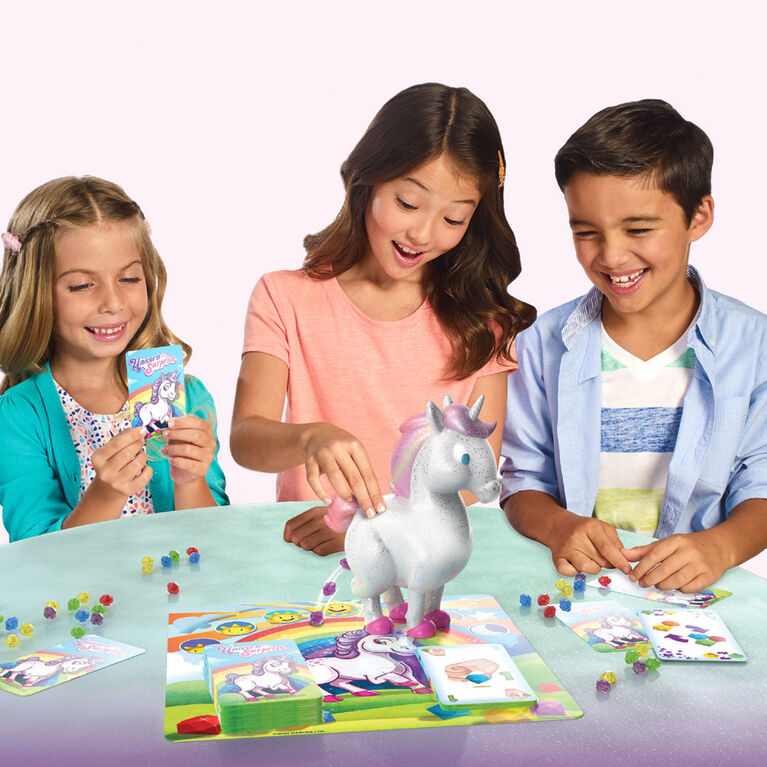 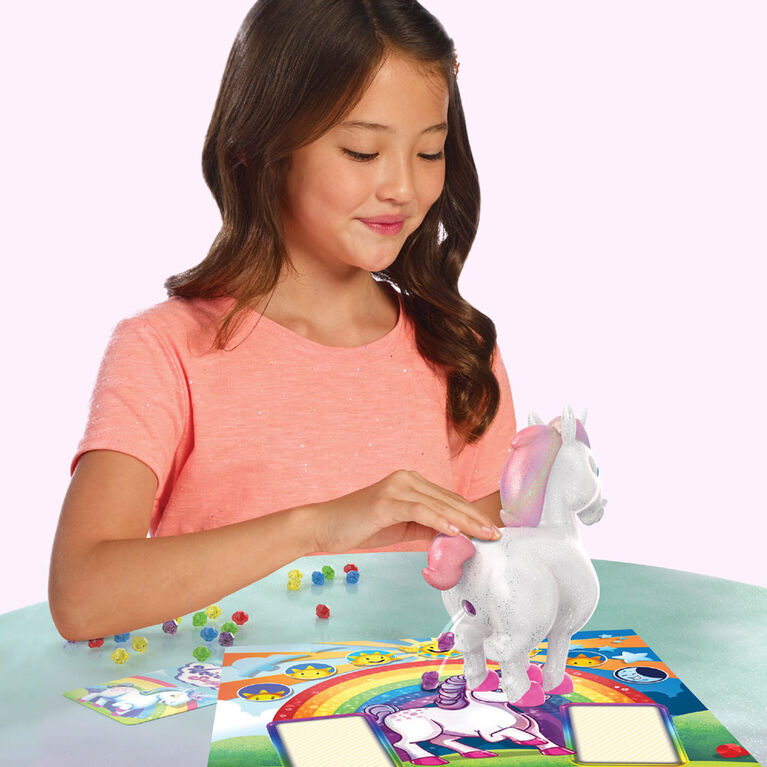 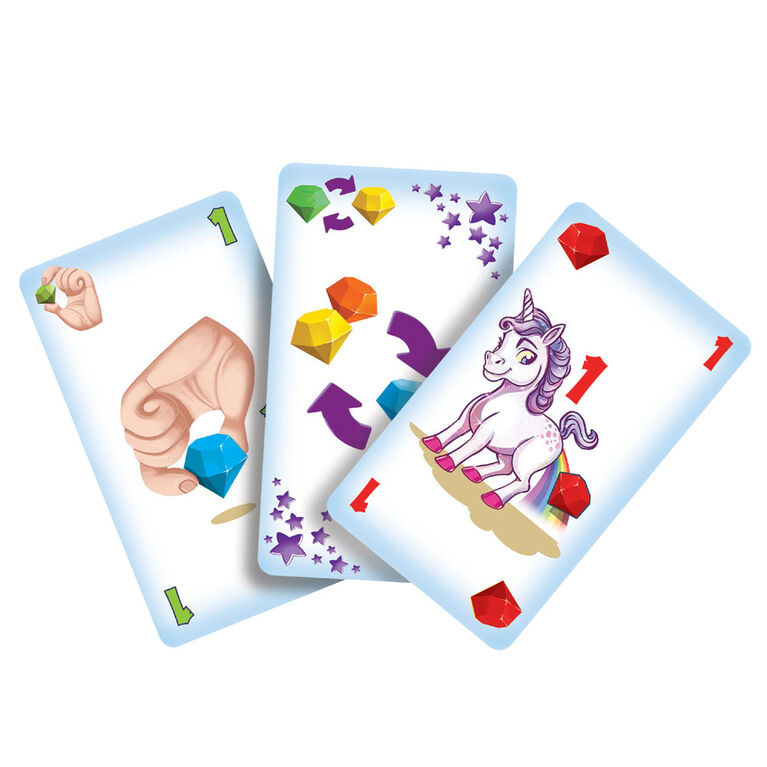 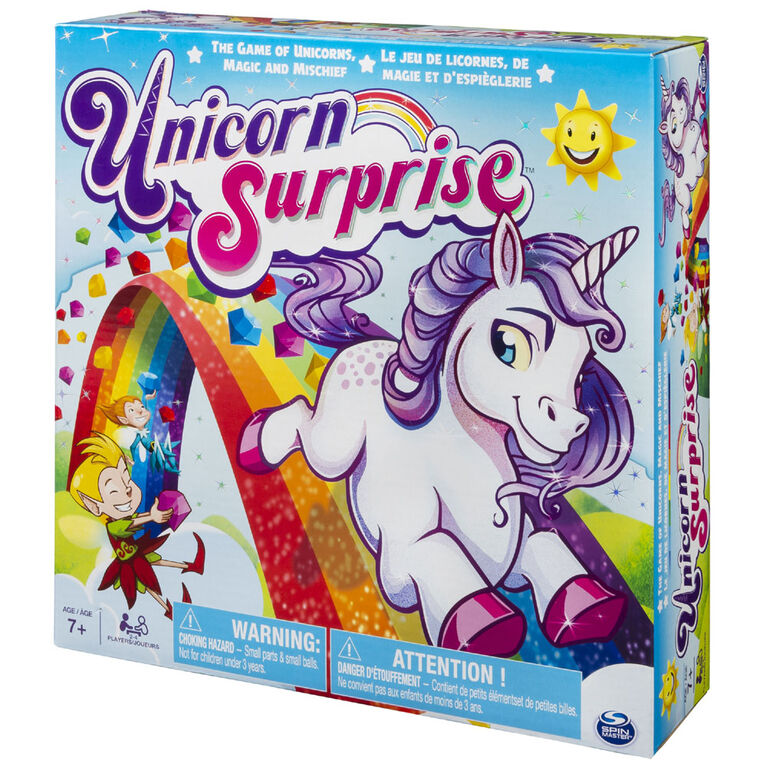 Unicorn Surprise - Board Game with an Interactive Magical Unicorn

Create magical mischief with Unicorn Surprise! In this whimsical game, players are transformed into pixies on the hunt for colorful unicorn gems. The only problem – unicorns drop their Gems but once a year! Race against other cheeky pixie players to collect the most gems before the smiling sun sets. Unicorn Surprise combines board game suspense with a silly unicorn figure that pixie players can interact with. Will she drop a colored gem or a clear one signifying the end of the day? Find out when you play Unicorn Surprise!