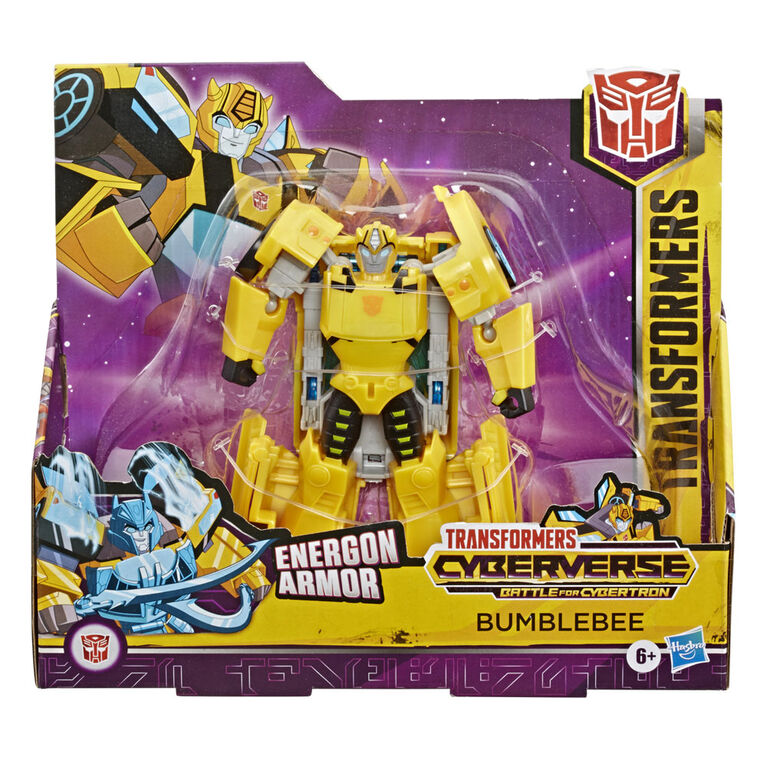 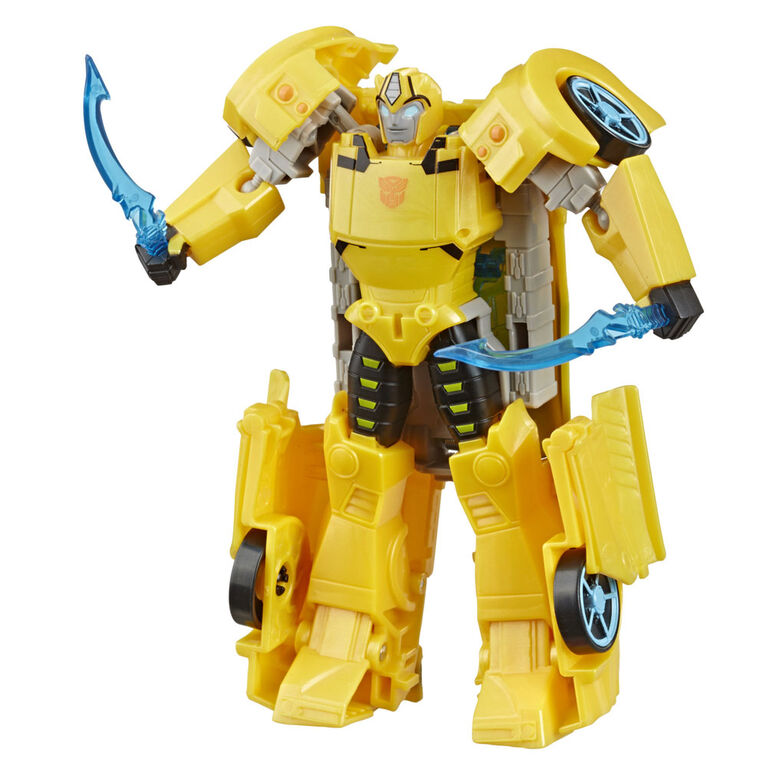 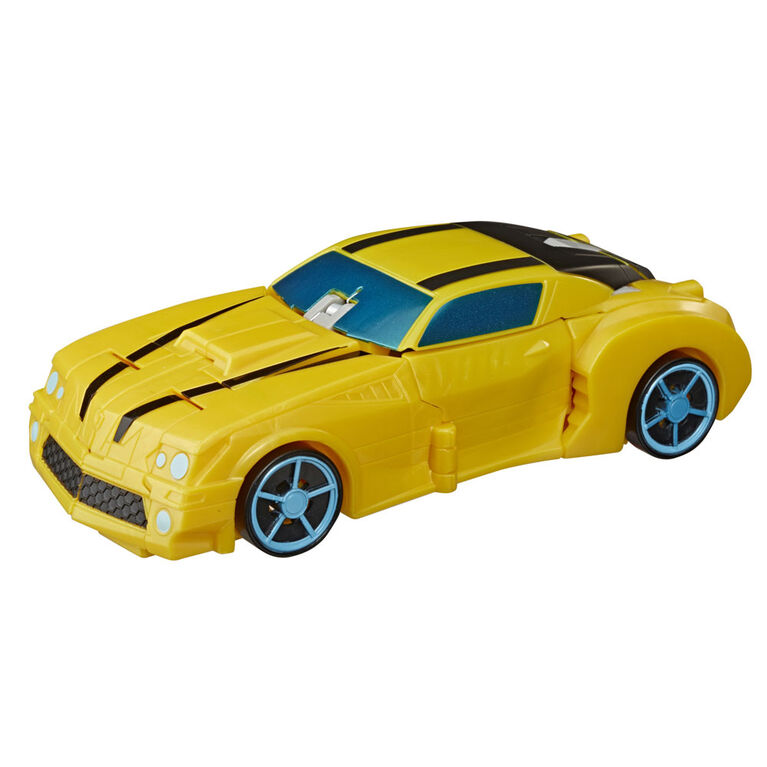 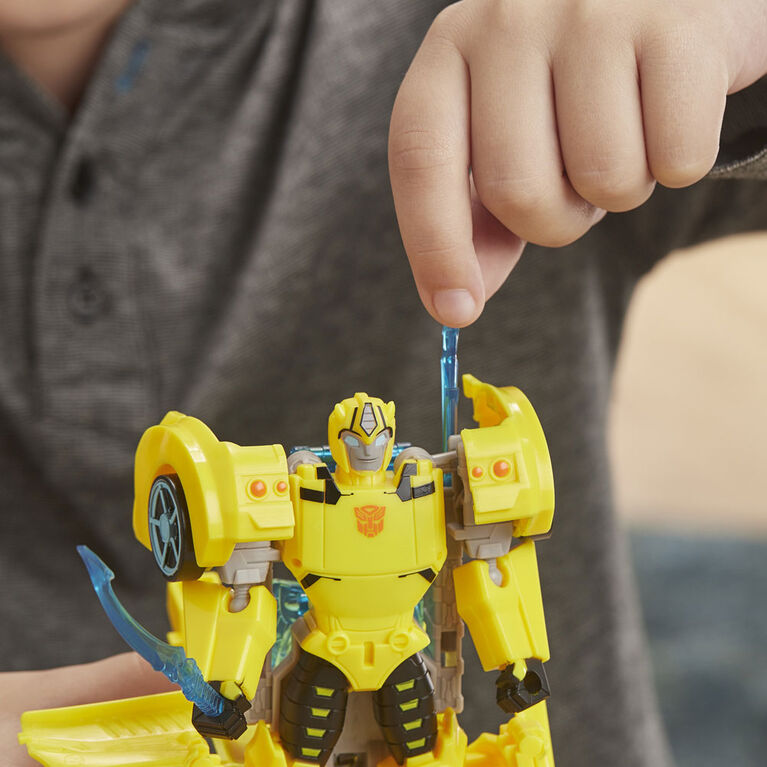 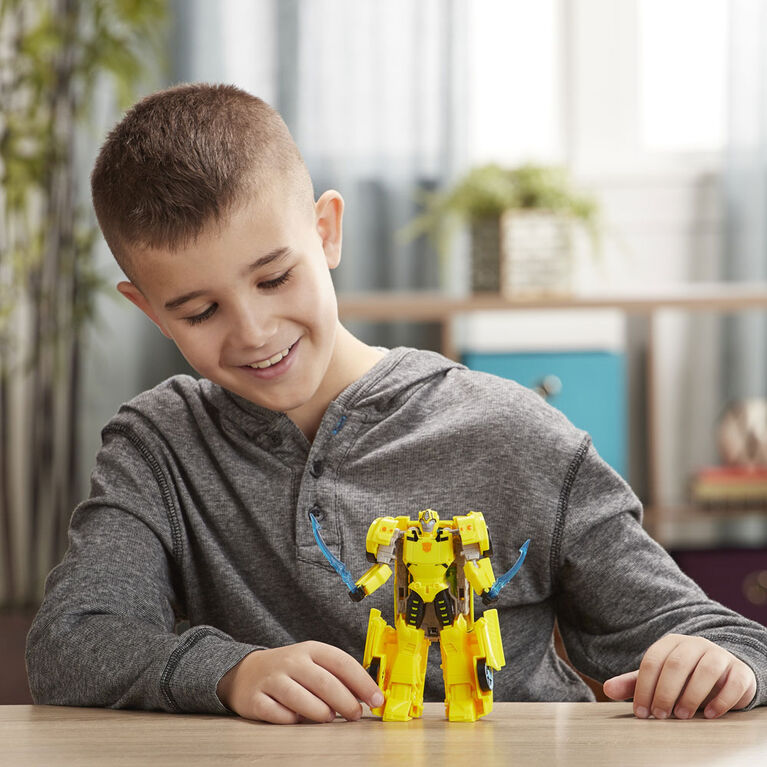 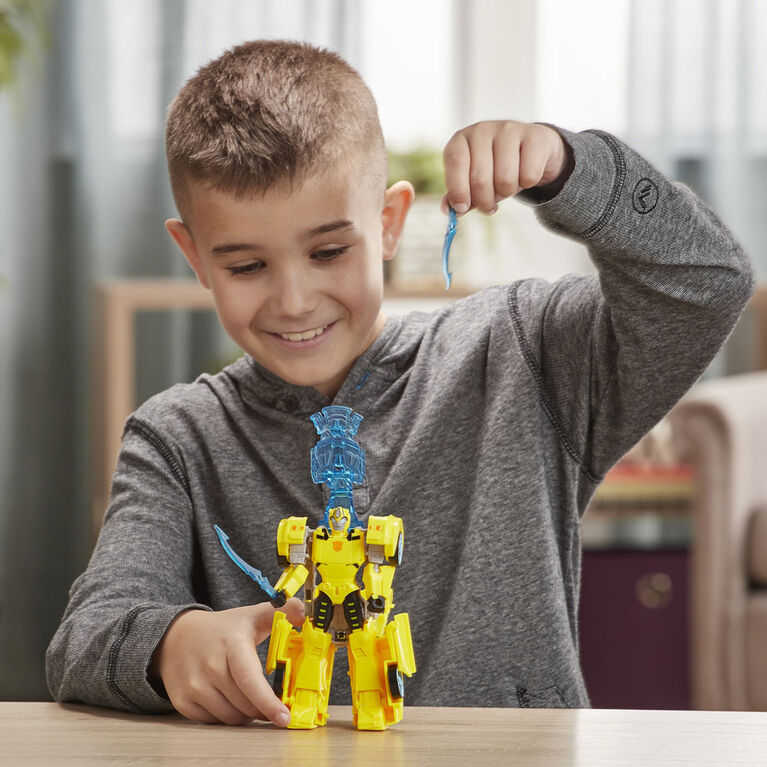 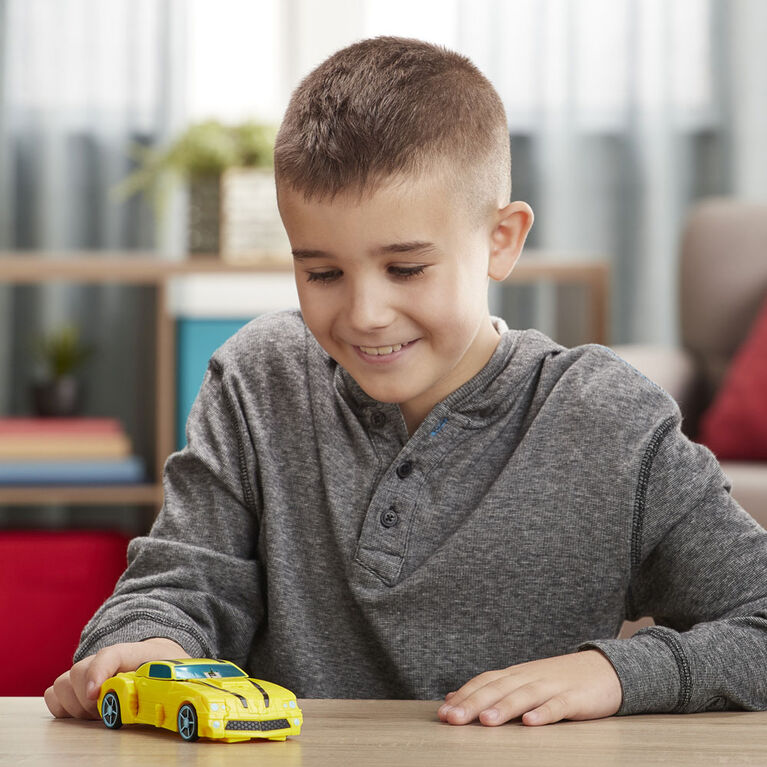 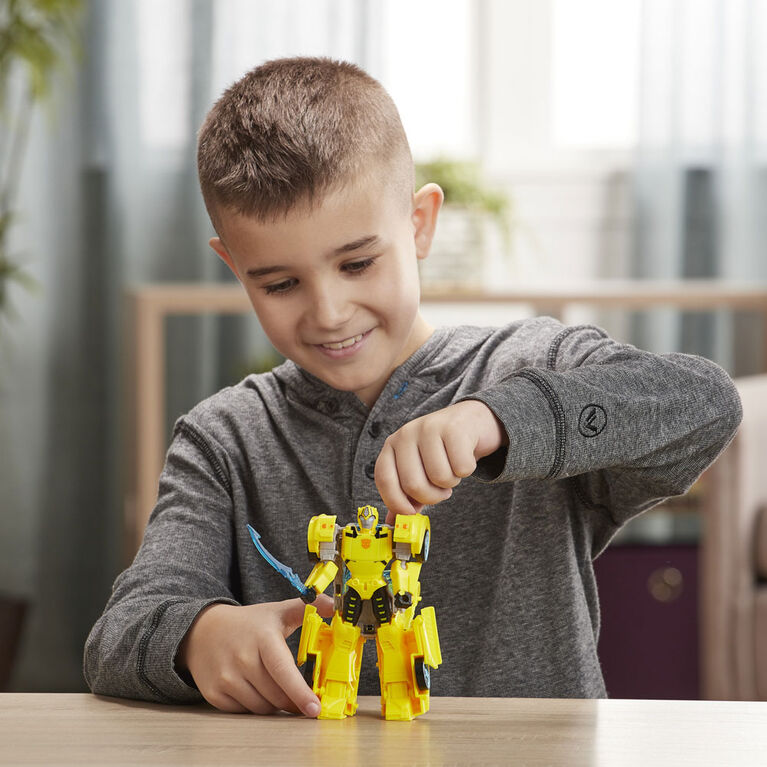 Bumblebee draws his Cybertronian Sabers weapons to harness the power of an Energon Armor power up!

Kids can collect other Ultra Class figures (each sold separately, subject to availability) to discover more exciting characters from the Cyberverse series!

Ages 6 and up
Warning: Choking Hazard, Small parts may be generated. Not for children under 3 years.