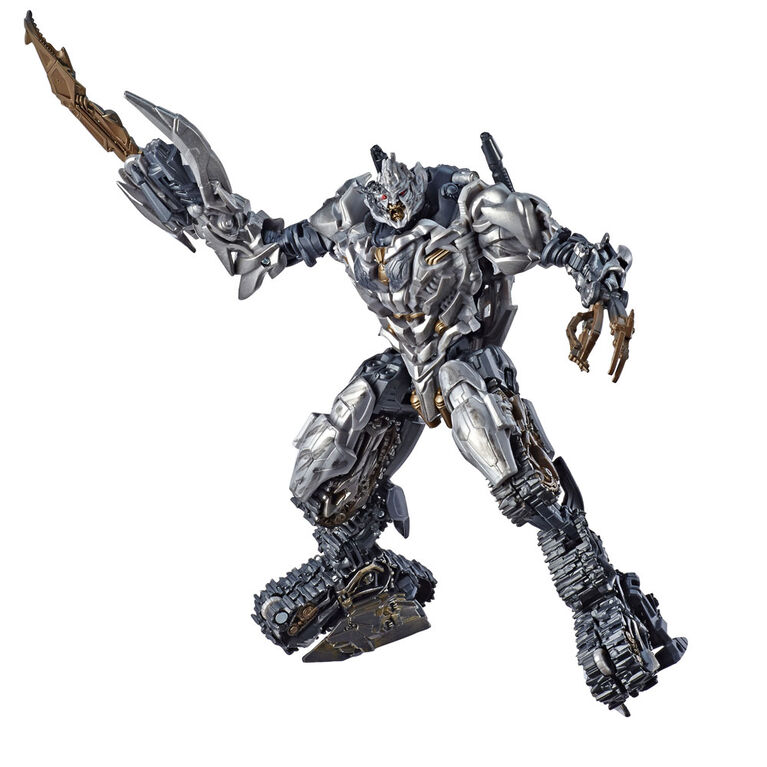 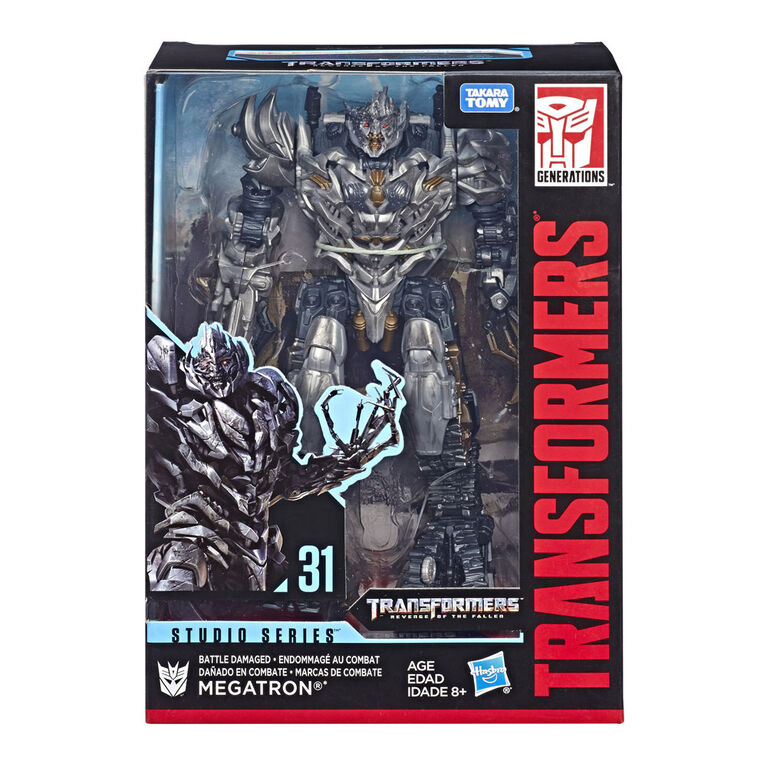 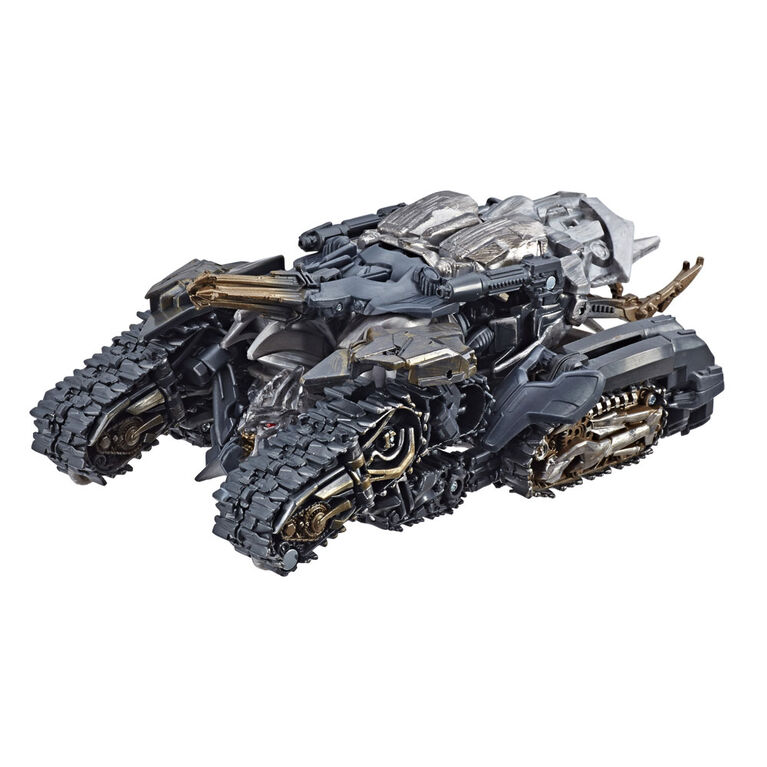 Pinch to zoom
Reach past the big screen and build the ultimate Transformers collection with Studio Series figures, inspired by iconic movie scenes and designed with specs and details to reflect the Transformers movie universe.

In the Pyramid Desert Battle from Transformers: Revenge of the Fallen, a battle damaged Megatron fights to defend his master, The Fallen, against the powerful Jetwing Optimus Prime.

Studio Series Voyager Class
6.5-inch scale battle damaged Megatron. The figure is highly articulated for posability
Premium figure and packaging are inspired by the iconic Pyramid Desert Battle scene
Features classic conversion between robot and tank modes in 32 steps. Perfect for fans looking for a more advanced converting figure
Removable backdrop displays Battle Damaged Megatron figure in Pyramid Desert Battle scene. Fans can use the backdrop and pose their figures in the scene with their own style