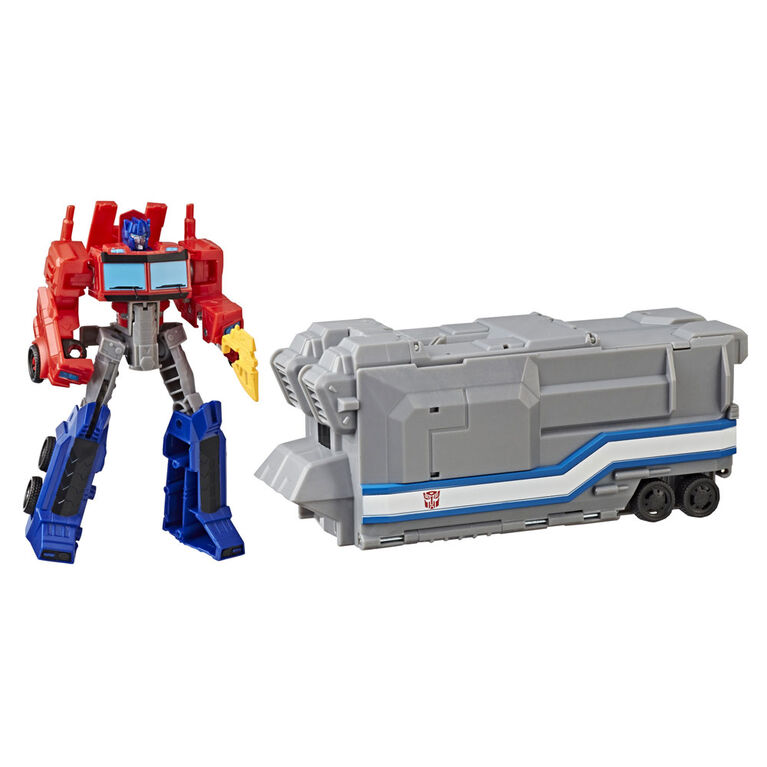 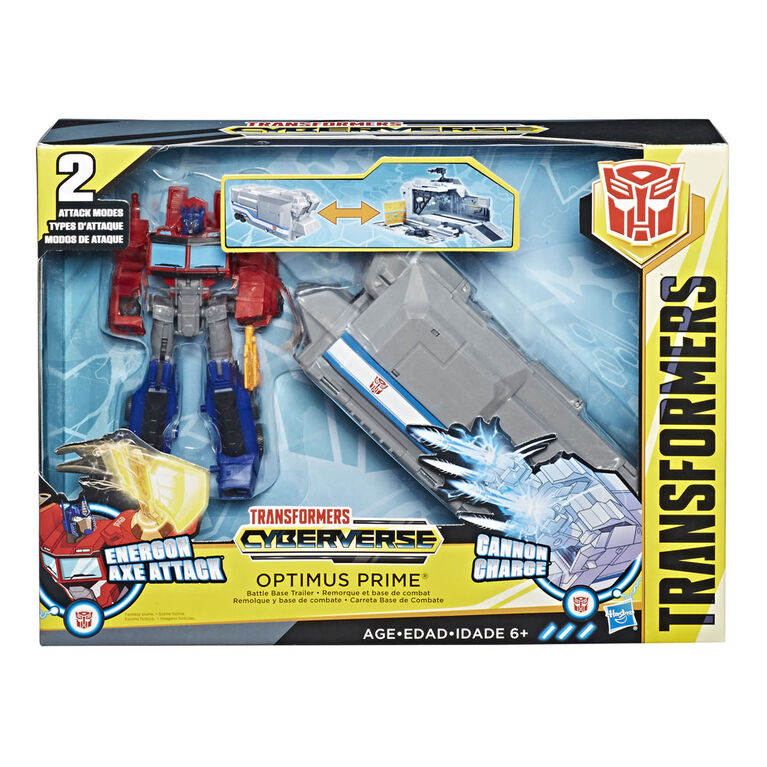 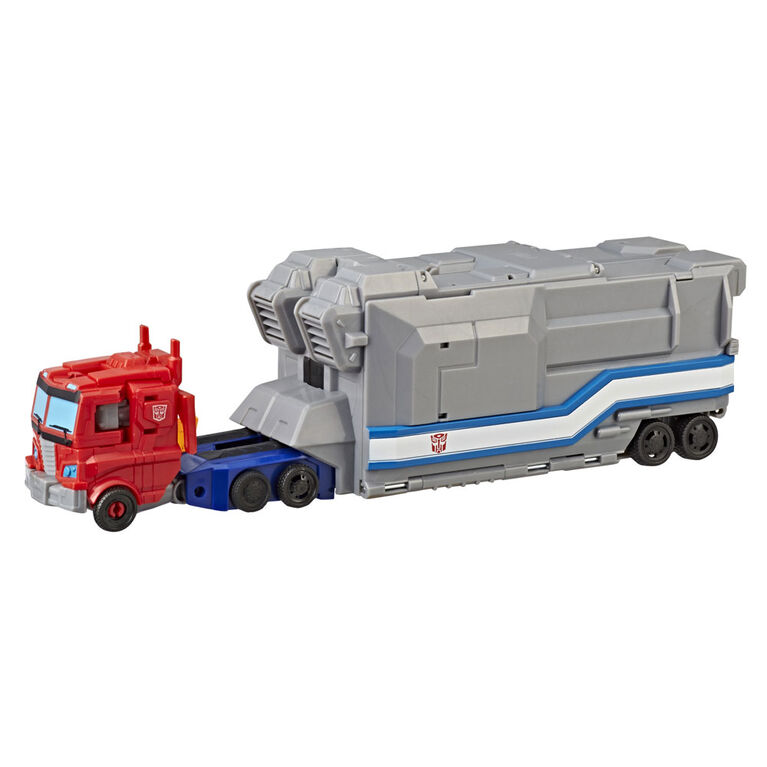 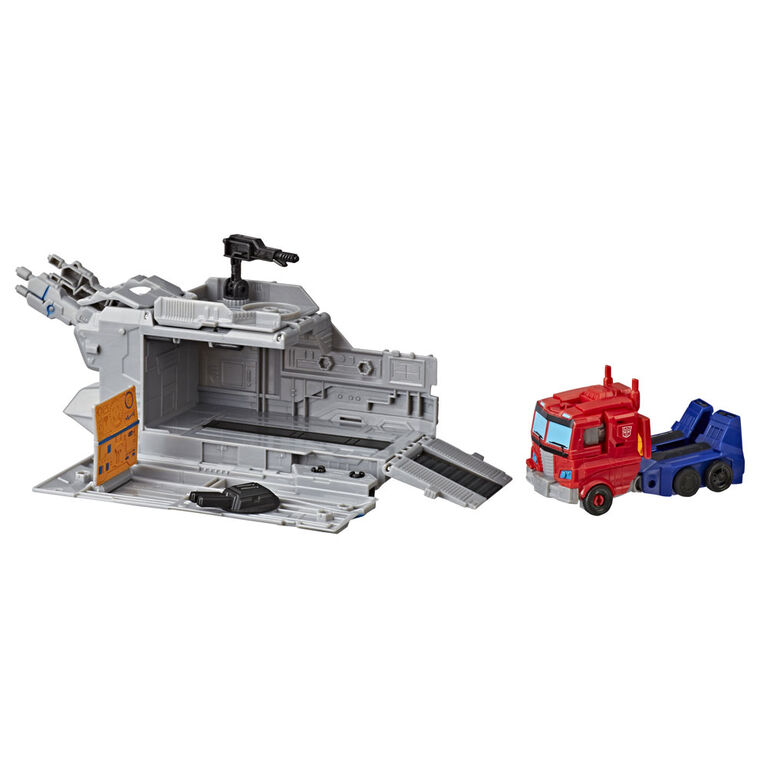 R Exclusive, only available at Toys R Us Canada. Picture this: me, on Earth, still cooler than everyone this side of Optimus Prime, but I’ve got zero memories. Now I’m on a mission to recover my memories and discover all of my awesome powers. I’ll have to battle Decepticons, outrun an explosion or two, and be heroic- basically, I’m in for one epic ride across the Cyberverse." -Bumblebee

Store other Action Attackers Warrior Class figures, each sold separately, inside the trailer. Convert it into a battle base for the Autobots!
Convert to activate 2 signature character attack moves, inspired by the Transformers Cyberverse animated series
Easy conversion from vehicle to robot mode activates Energon Axe Attack move
Convert figure to truck mode and attach trailer to activate Cannon Charge move
Trailer opens to become a battle base for the Autobot leader
Battle Base Trailer stores other Warrior Class figures, each sold separately

Warning: Choking Hazard -- Small parts. Not for children under 3 years.