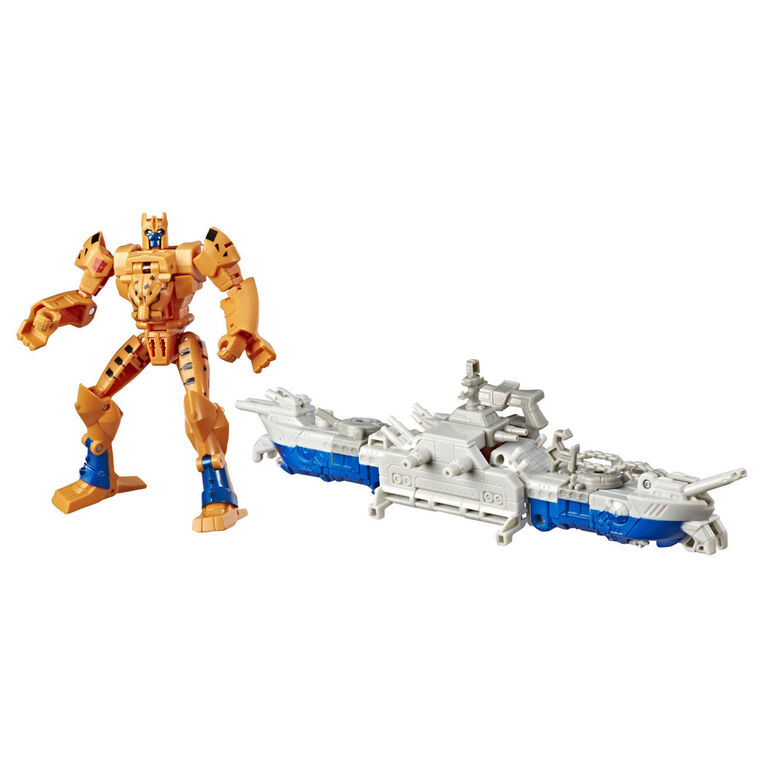 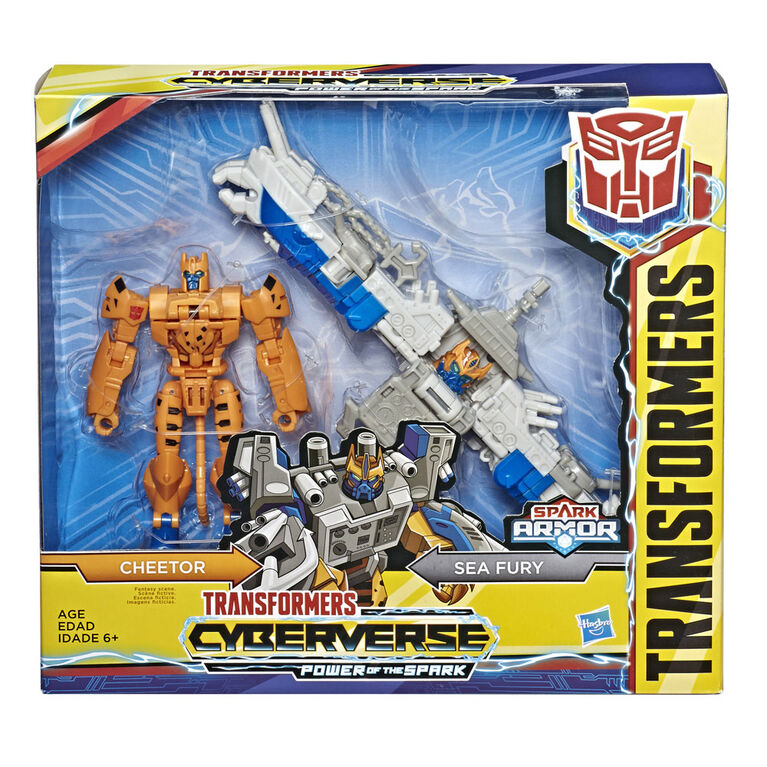 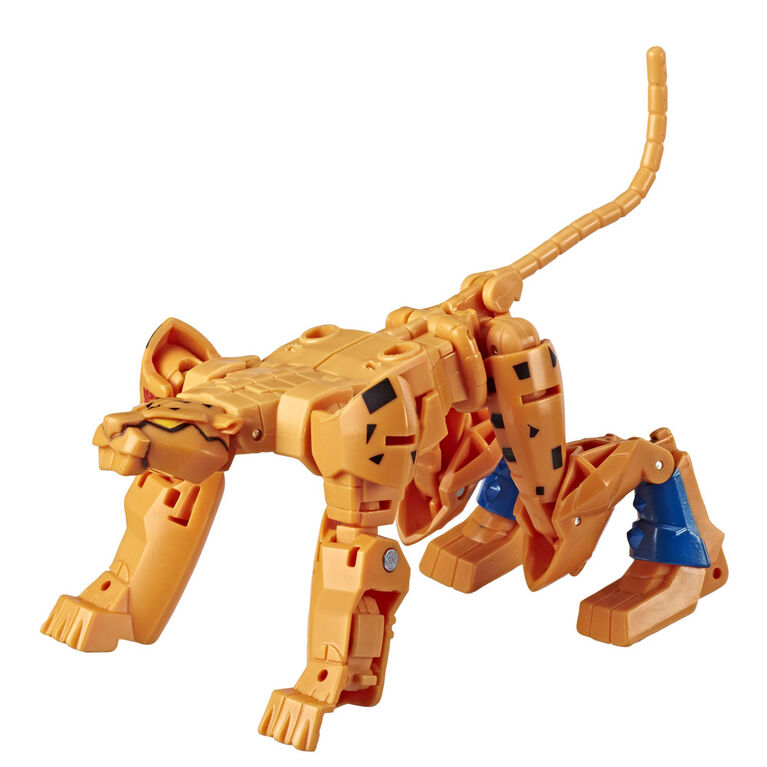 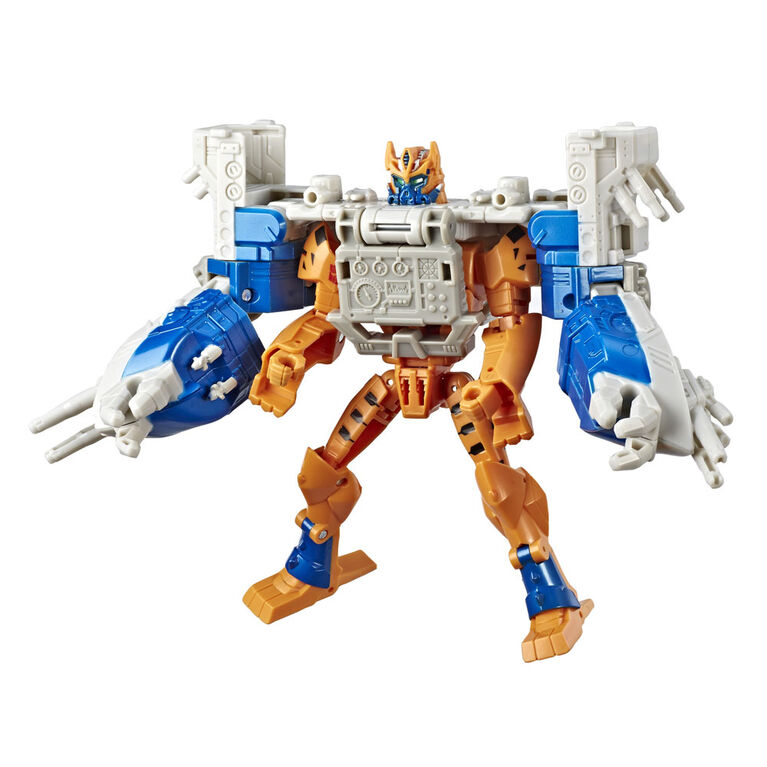 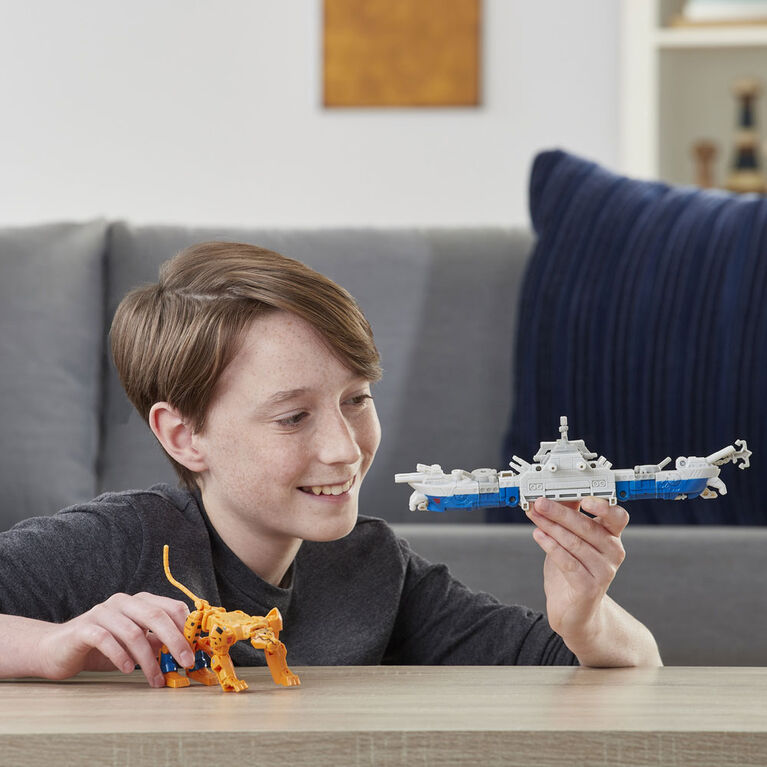 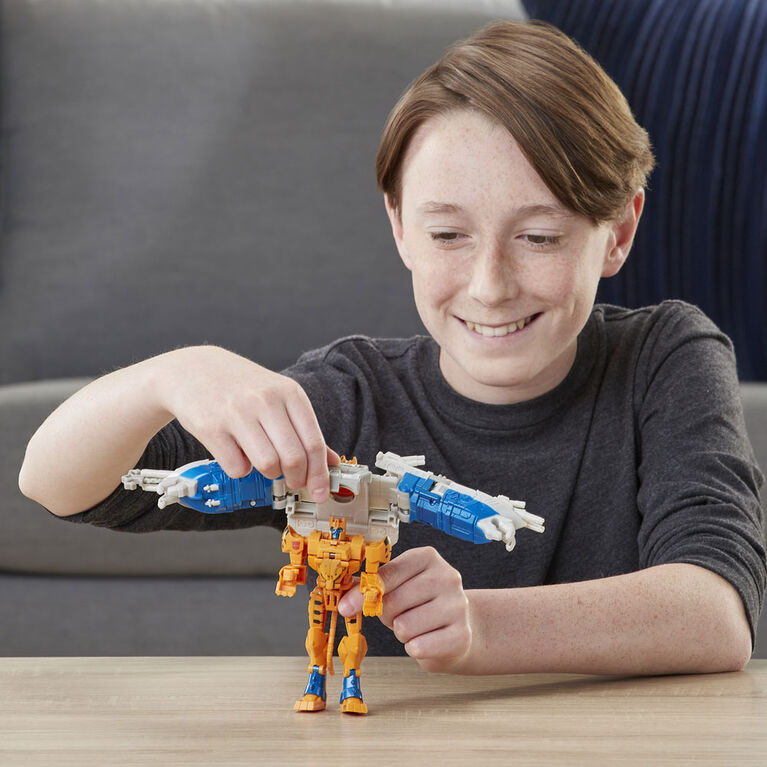 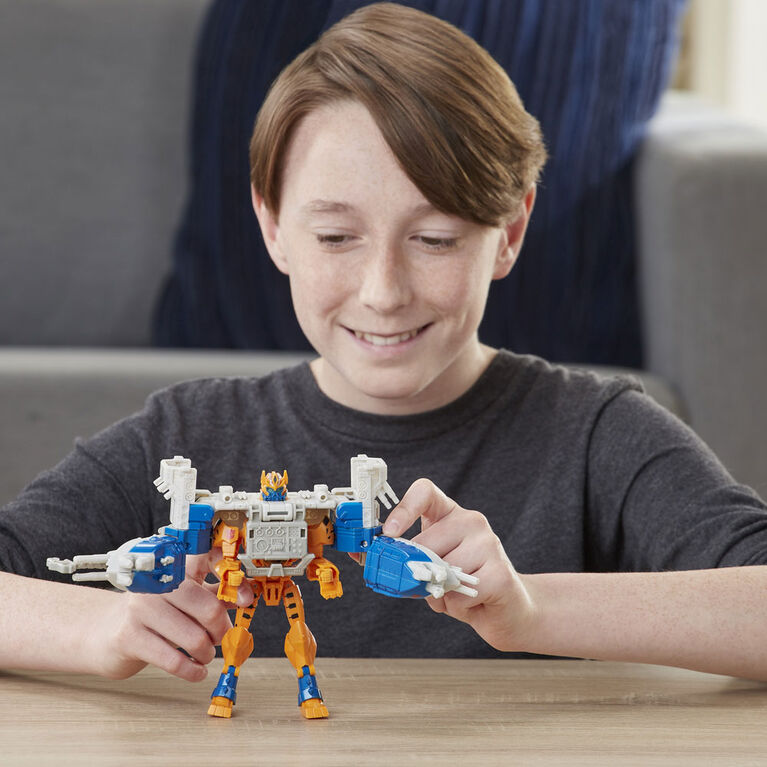 The race to find the Allspark is on between the heroic Autobots and evil Decepticons on the Transformers Cyberverse animated series! With the Allspark, both sides can harness incredible new powers, including the power to convert Earth vehicles into Spark Armor: battle-ready gear that allows them to fight in new places and in new ways. Bots with ground-based alt modes can use Spark Armor to take flight, while those who soar through the skies with flying alt modes are suddenly just as formidable on the ground. With the Allspark at play, see how its power will be used to defend Earth... or threaten it.

Cheetor harnesses the power of the Allspark to convert a battleship into powerful Spark Armor called Sea Fury!

Kids can collect other Spark Armor figures (each sold separately, subject to availability) to discover more exciting characters from the Cyberverse series! All Elite Class Spark Armor works with other Elite Class figures.