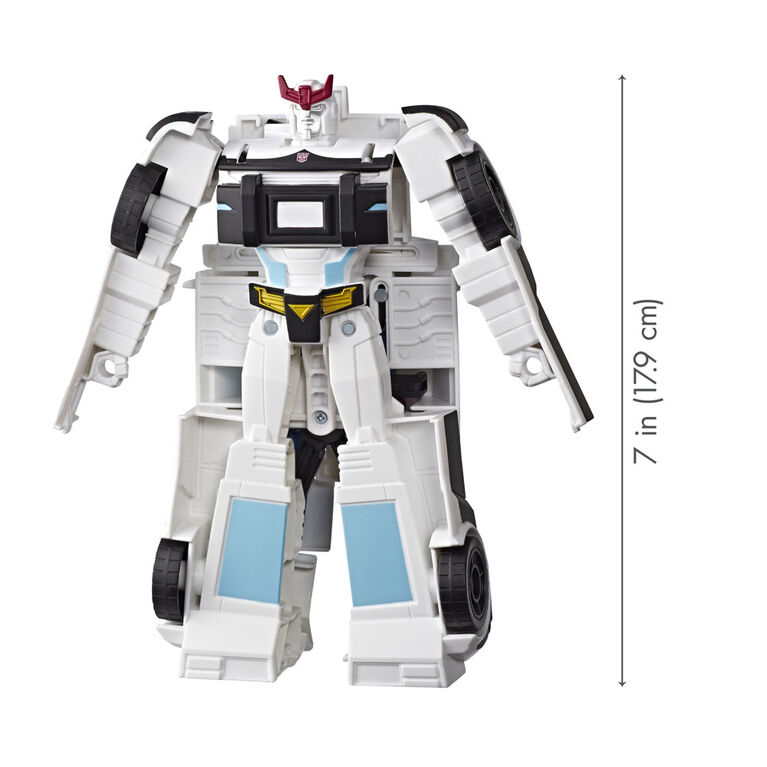 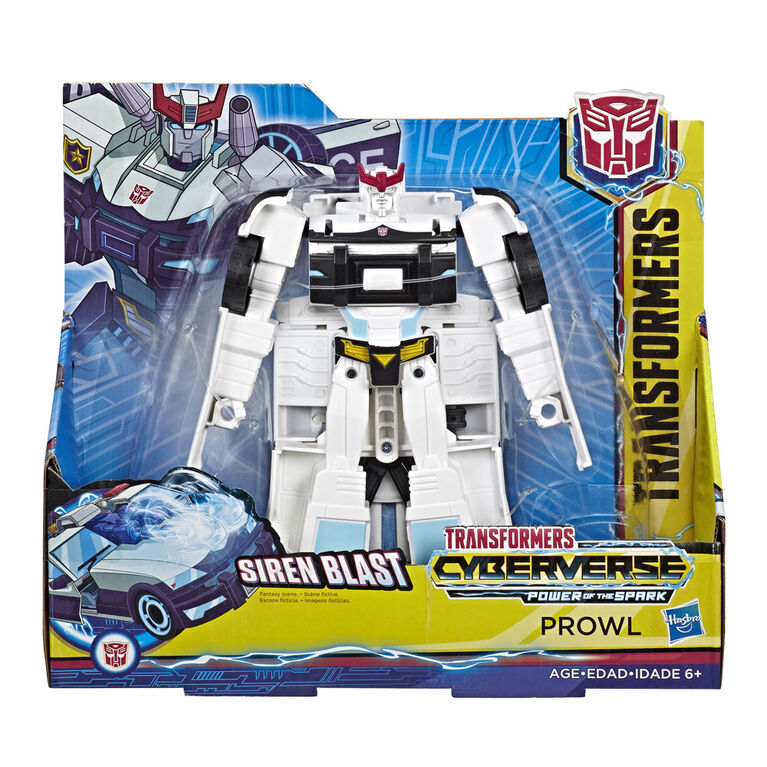 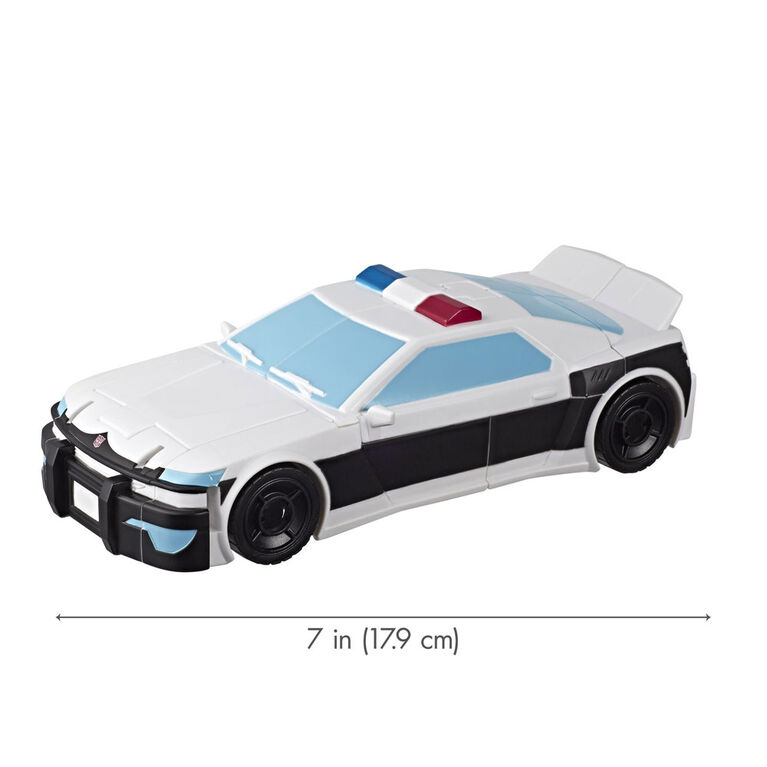 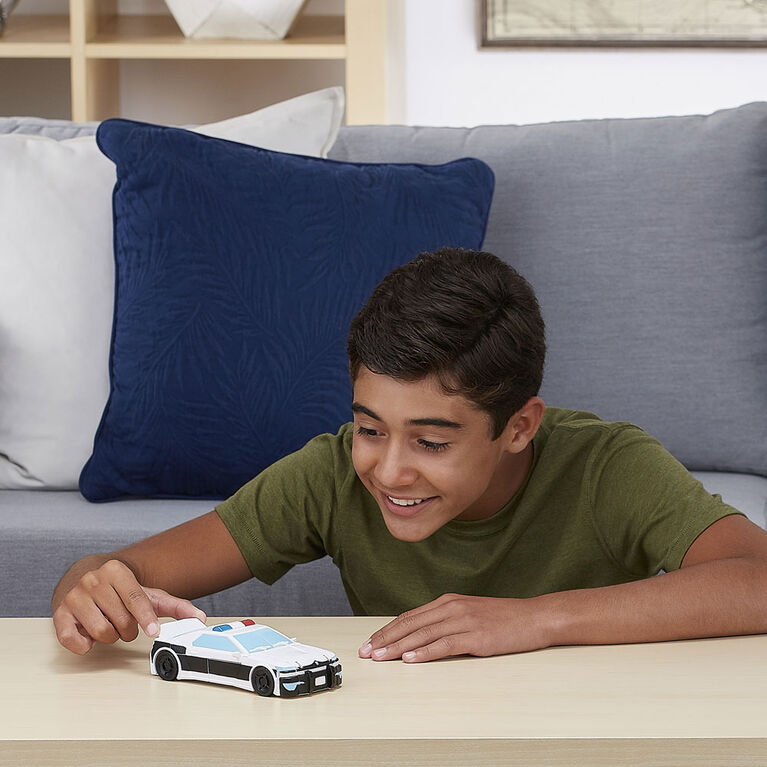 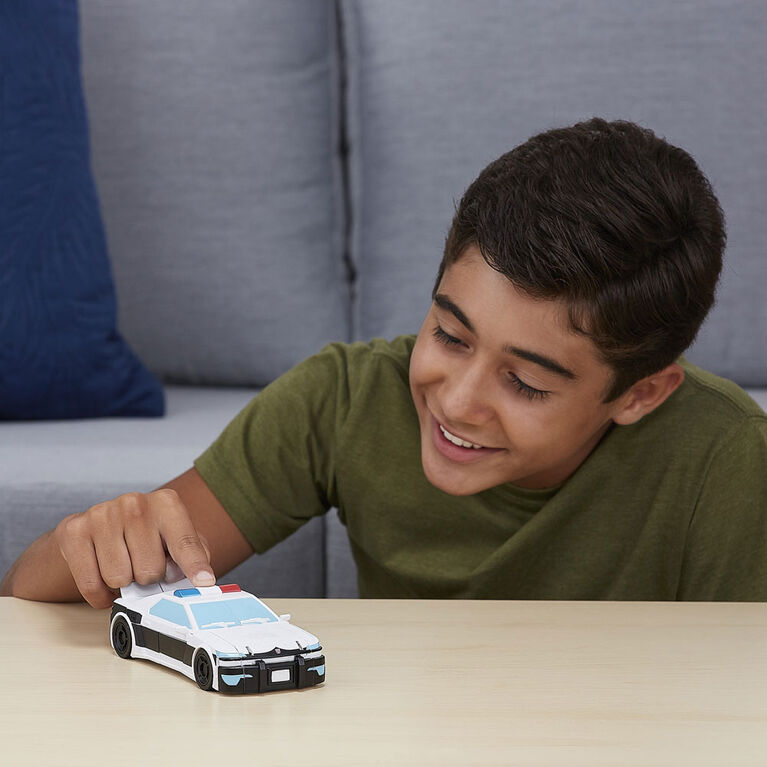 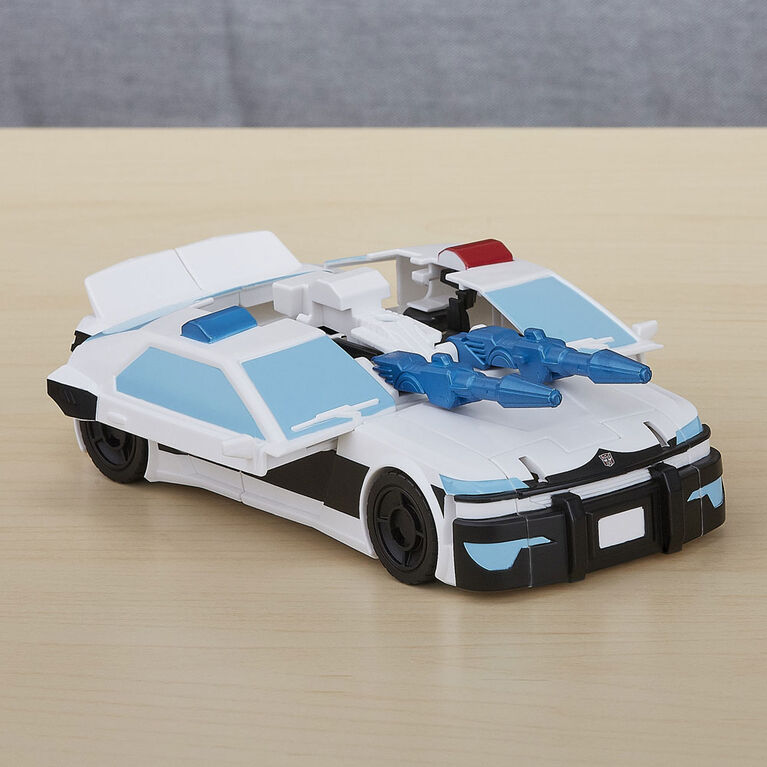 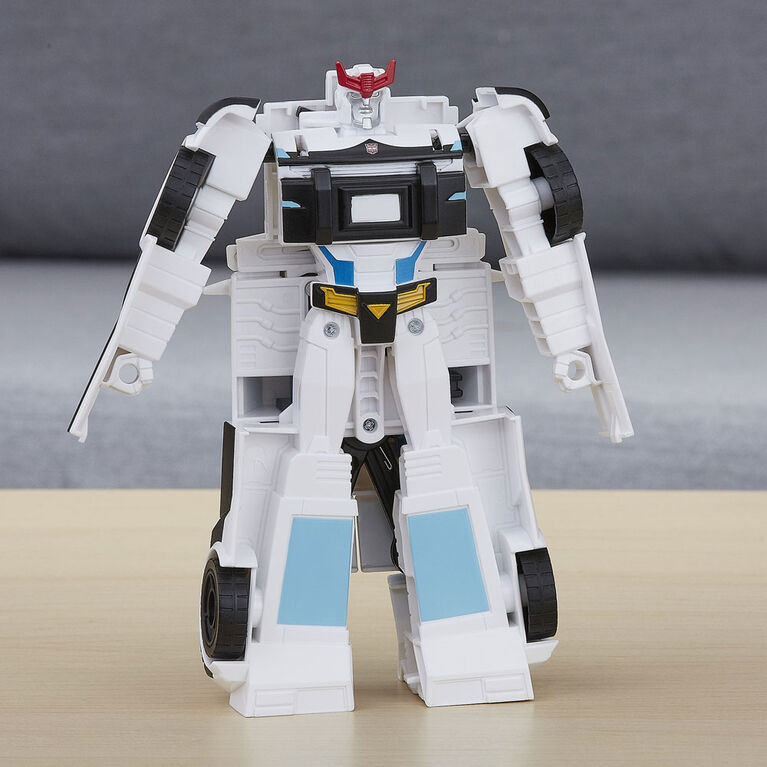 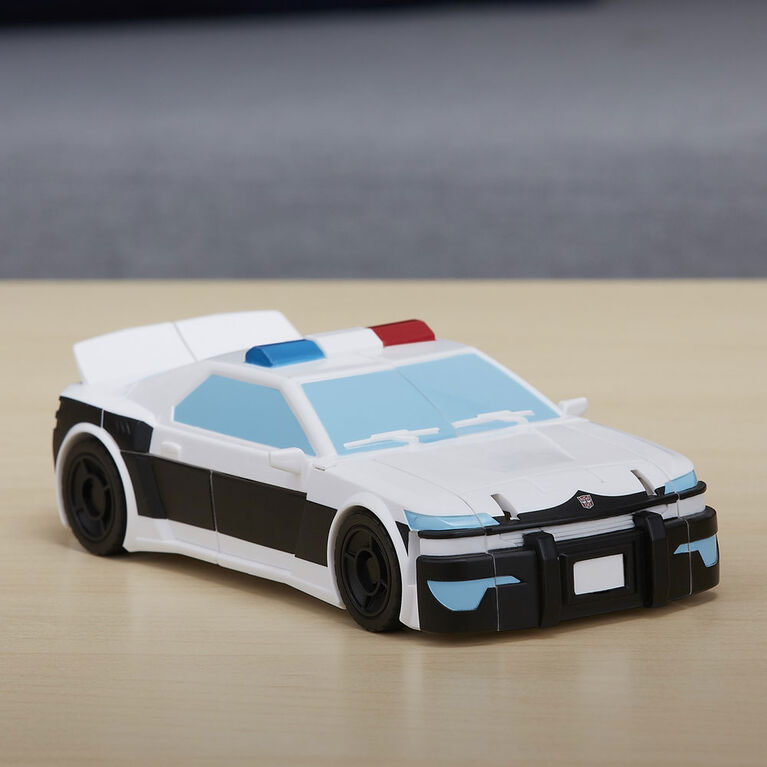 "Picture this: me, on Earth, still cooler than everyone this side of Optimus Prime, but I've got zero memories. Now I'm on a mission to recover my memories and discover all of my awesome powers. I'll have to battle Decepticons, outrun an explosion or two, and be heroic- basically, I'm in for one epic ride across the Cyberverse." -- Bumblebee

Transformers and all related characters are trademarks of Hasbro.
Includes Prowl figure and instructions.
Figure scale: 7.5 inches
Ages 6 and up
Warning: Choking Hazard - Small parts may be generated. Not for children under 3 years.