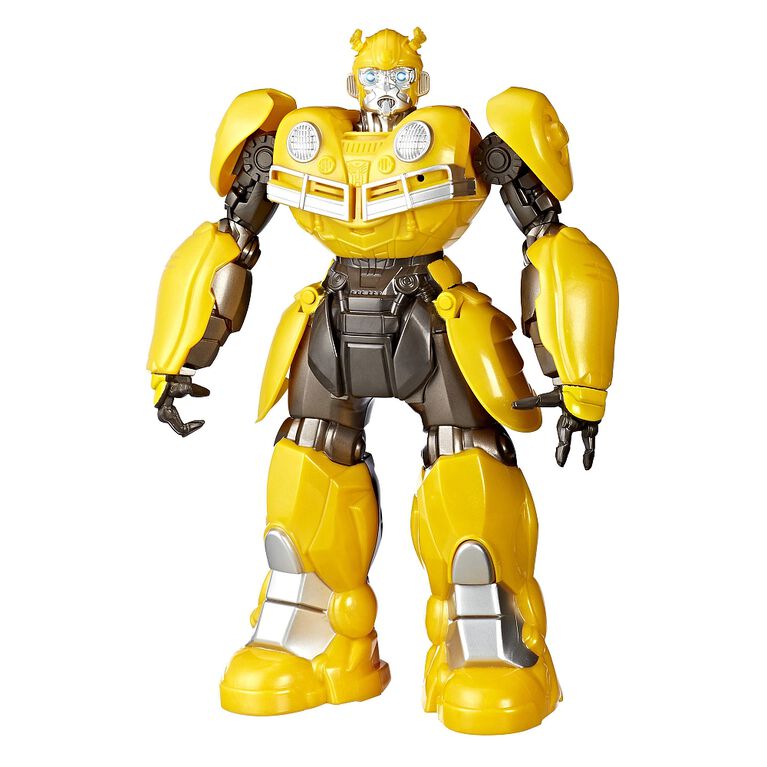 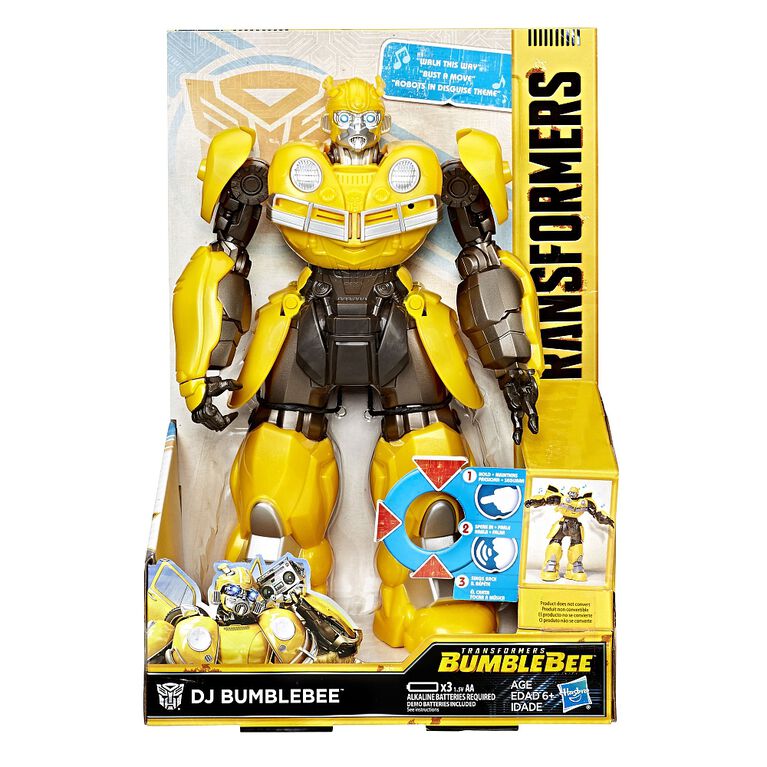 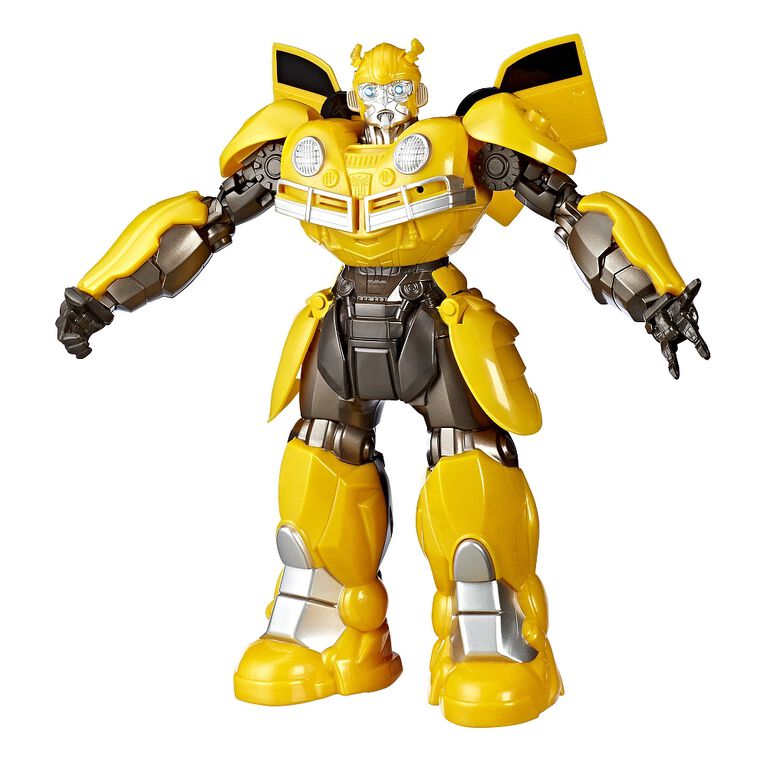 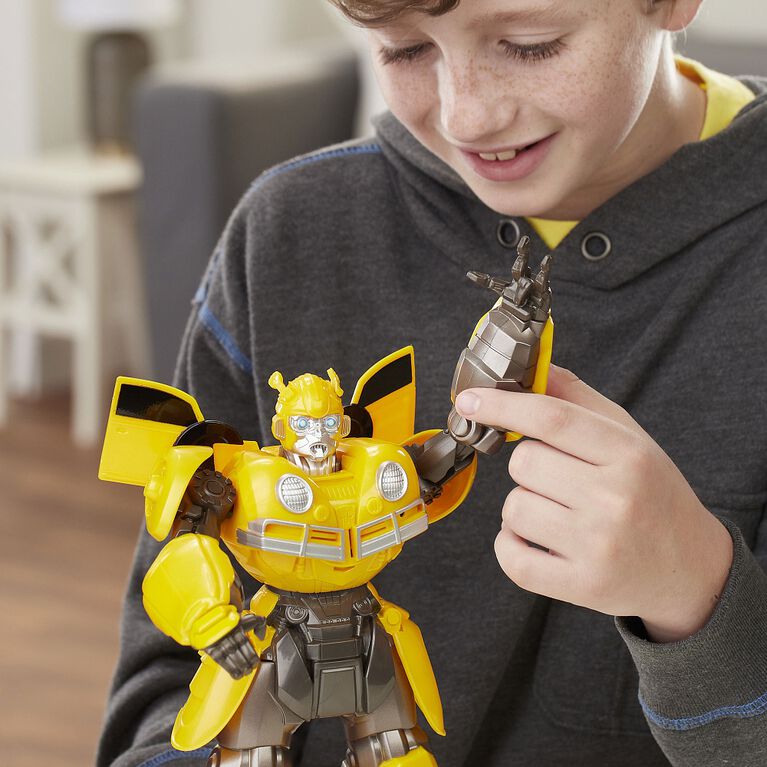 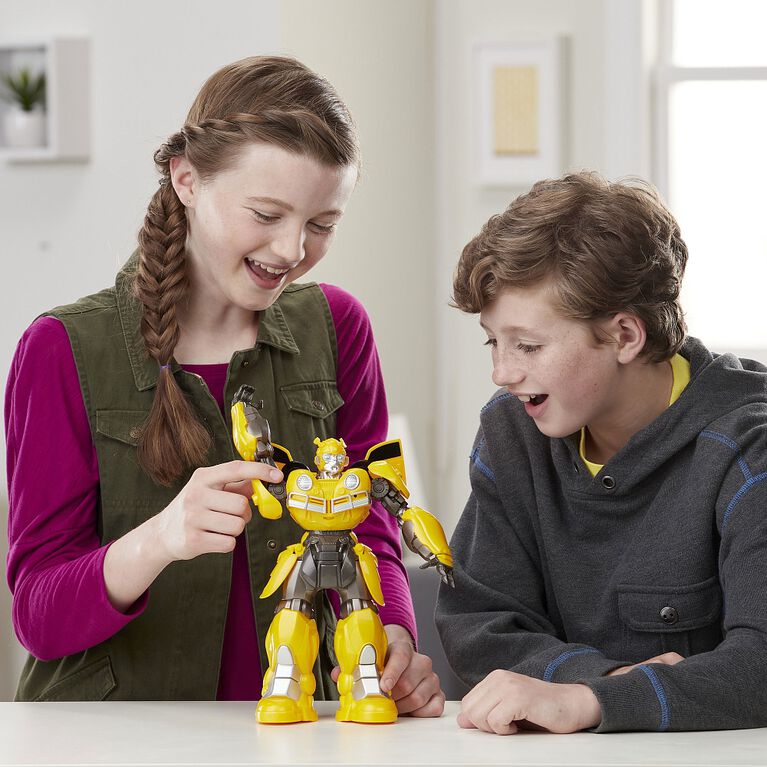 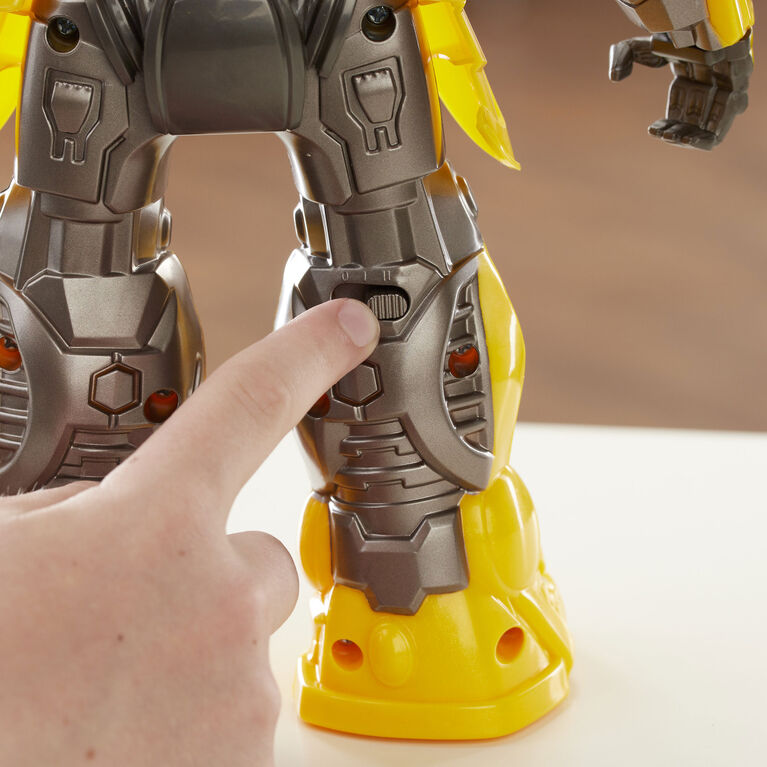 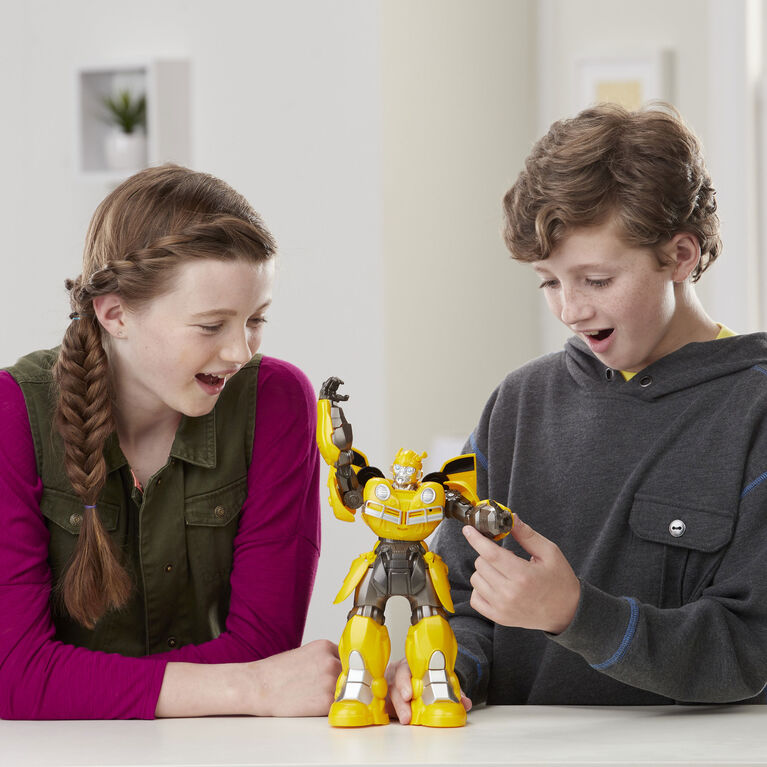 Behind the time-tested battle armor of Bumblebee is more than meets the eye. Rock 'n roll out with Bumblebee as the beloved Autobot gets a movie of his own.

Imagine collaborating with the bodacious Bumblebee to mix some sick beats with the Transformers: Bumblebee -- DJ Bumblebee figure inspired by the iconic character from the big screen. Using Sing-Back Tech, this figure records kids’ voices, and then plays back the soundbite in sync with 1 of 3 awesome music. Kids control the mix -- move the figure’s right arm to switch songs and left arm to control the tempo. Figure comes pre-loaded with music clips Walk This Way, originally by Aerosmith, Bust A Move, originally by Young MC, and the Robots in Disguise theme song. The DJ Bumblebee figure also dances to the beat during playback. Product does not convert, but can still mix it up.

Drop the beat with the DJ Bumblebee figure
Syncs kids’ voices to music with Sing-Back Tech
Kids control the mix—move figure’s arms to choose the song and adjust the tempo
Features 3 music clips to sing to and lay down kids’ tracks
Product does not convert, but can still mix it up

Featured music is partial, instrumental clips and not the original artist recordings.
Transformers and all related characters are trademarks of Hasbro.

Ages 6 and up
Powered by 3 1.5V AA alkaline batteries (included). See instructions.
Warning: Choking Hazard -- Small parts may be generated. Not for children under 3 years.