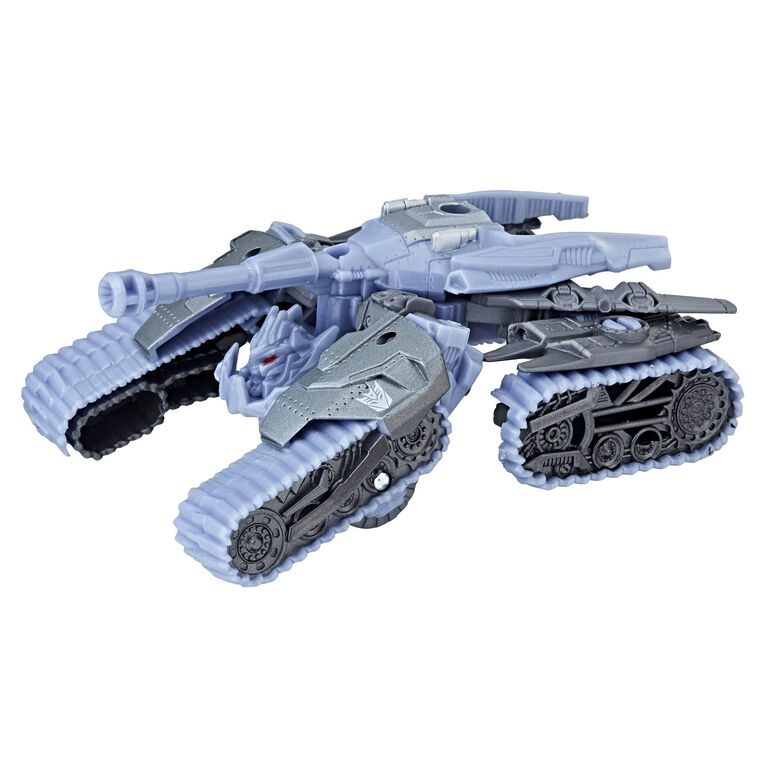 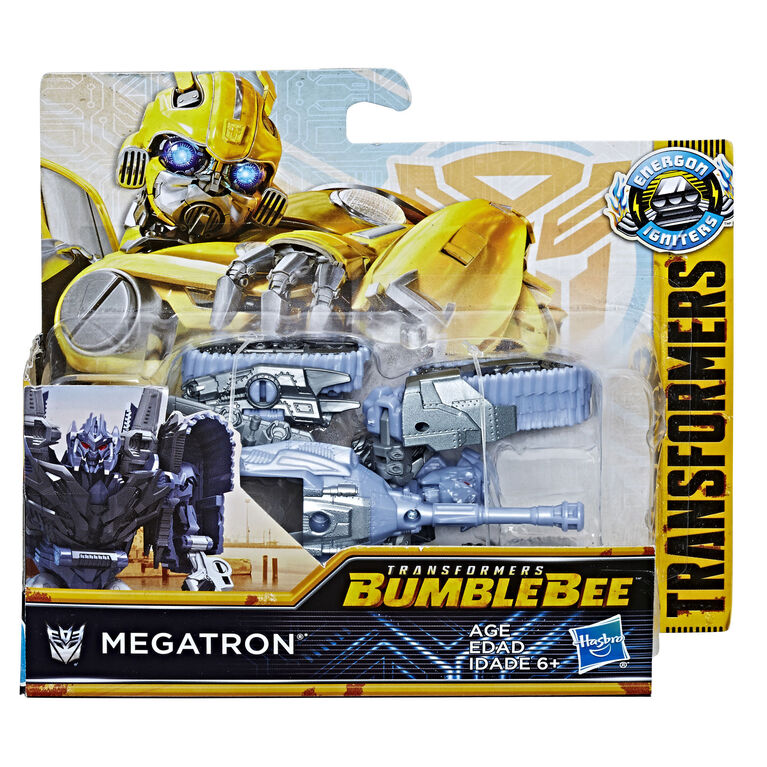 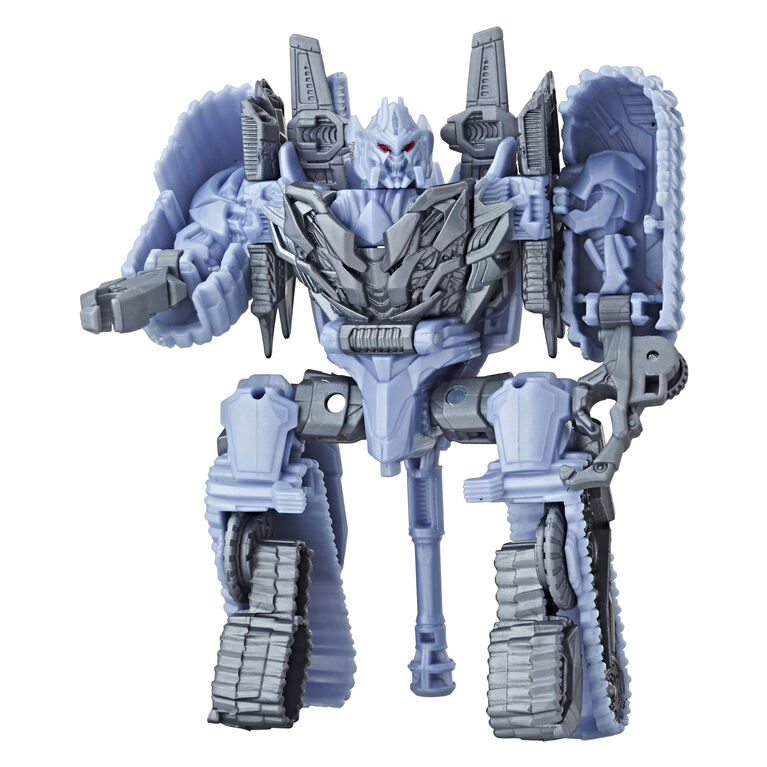 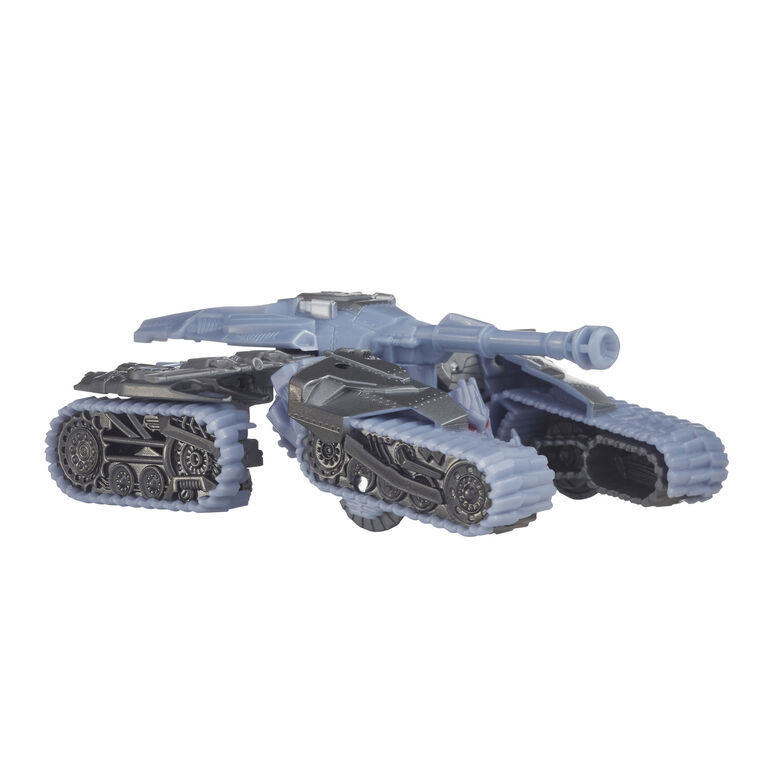 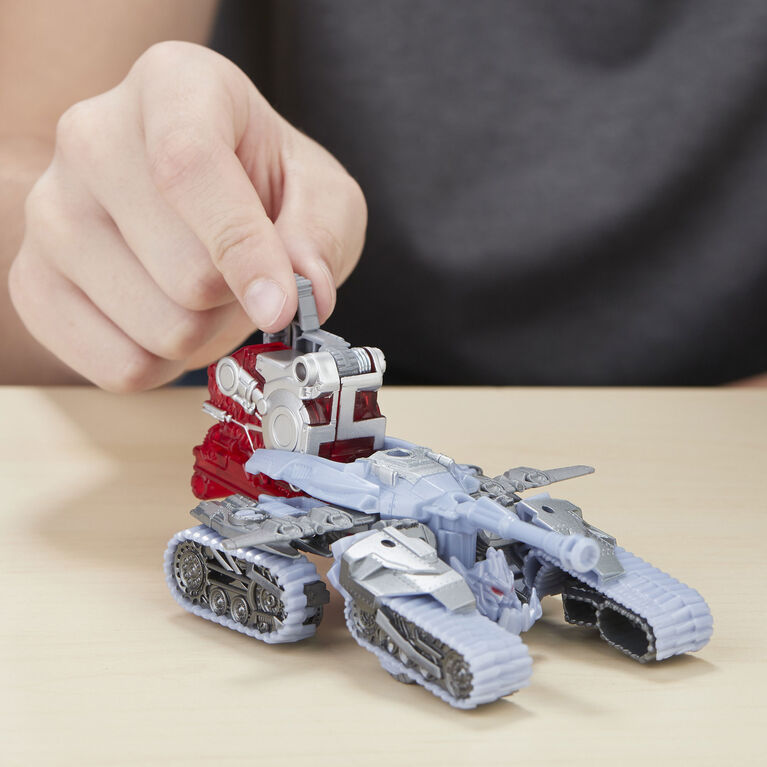 The lifeblood of Transformers robots, Energon fuels the epic action on Cybertron and beyond.

Megatron rolls his optics at the Autobots slowing down to protect the humans. With gladiator speed, he converts into tank mode and barrels through obstacles that stand in his way.