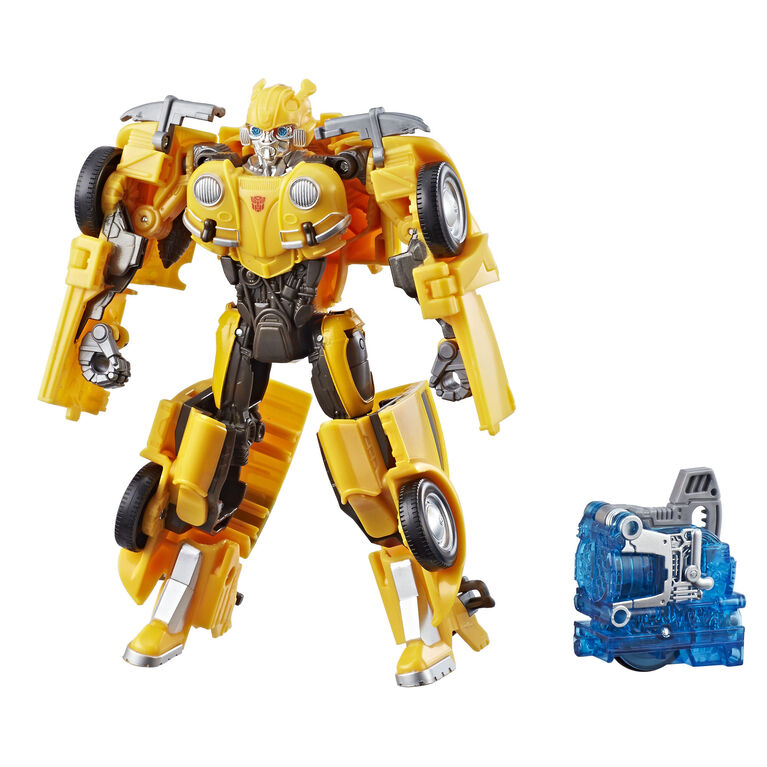 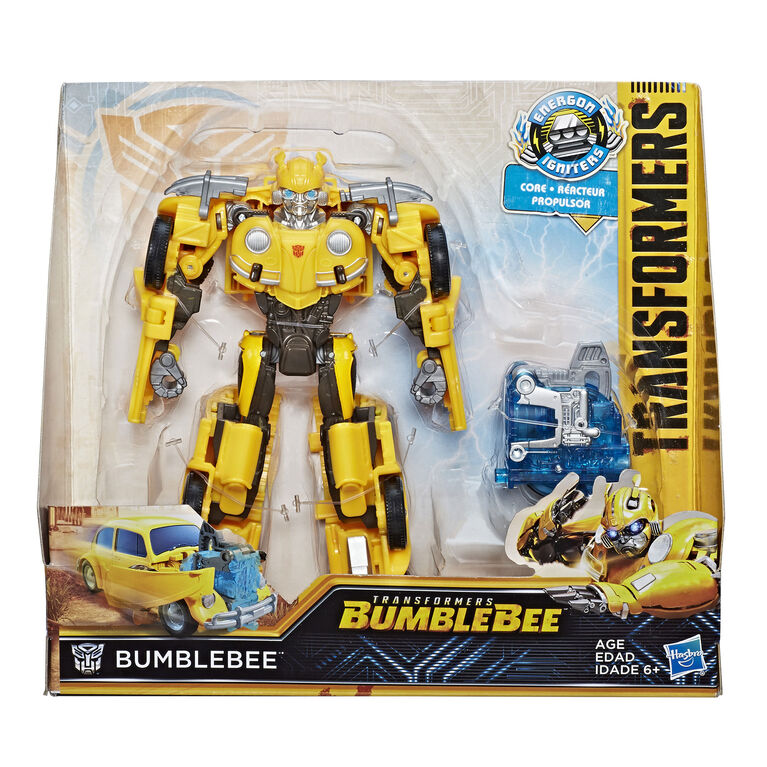 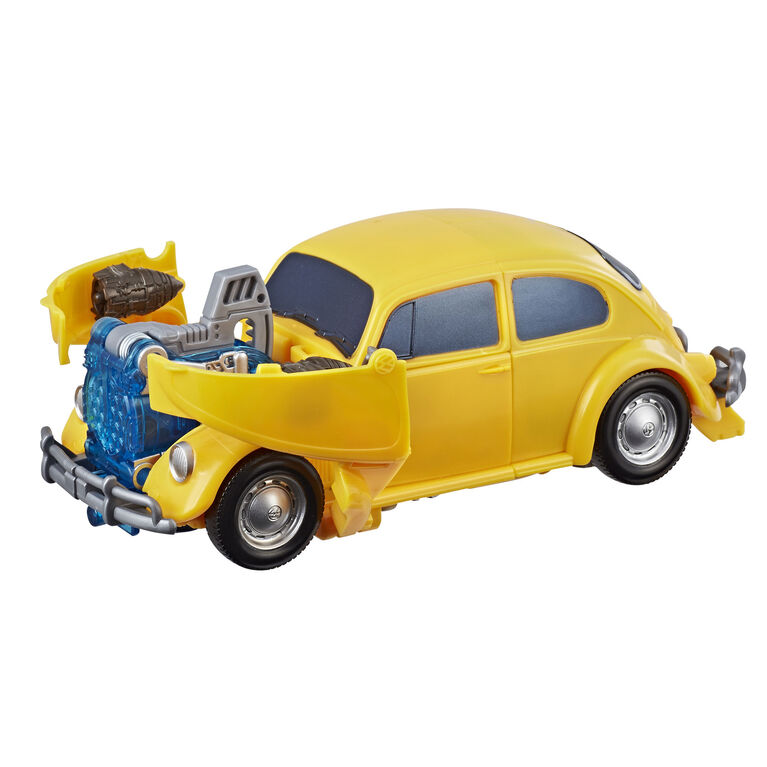 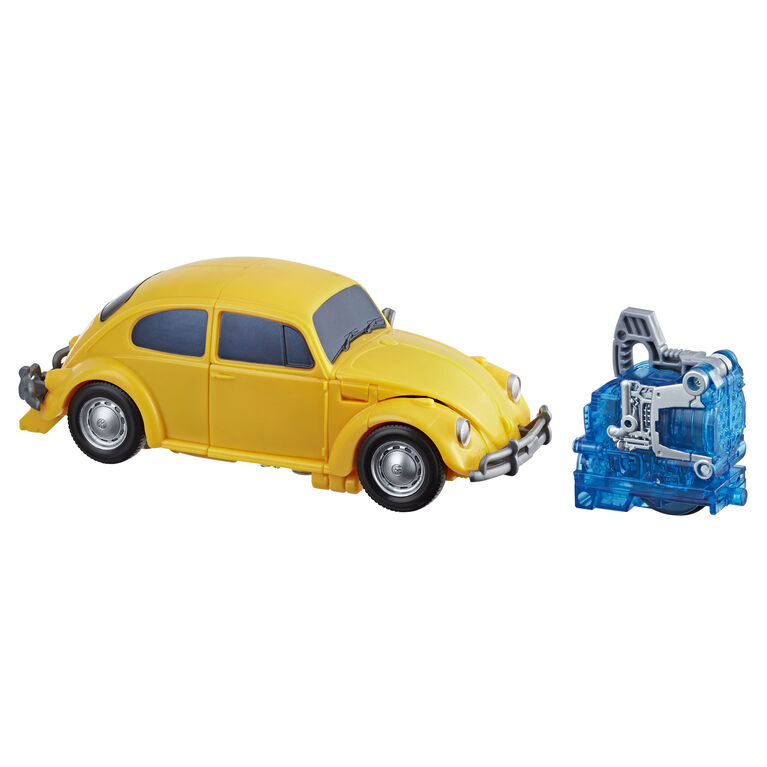 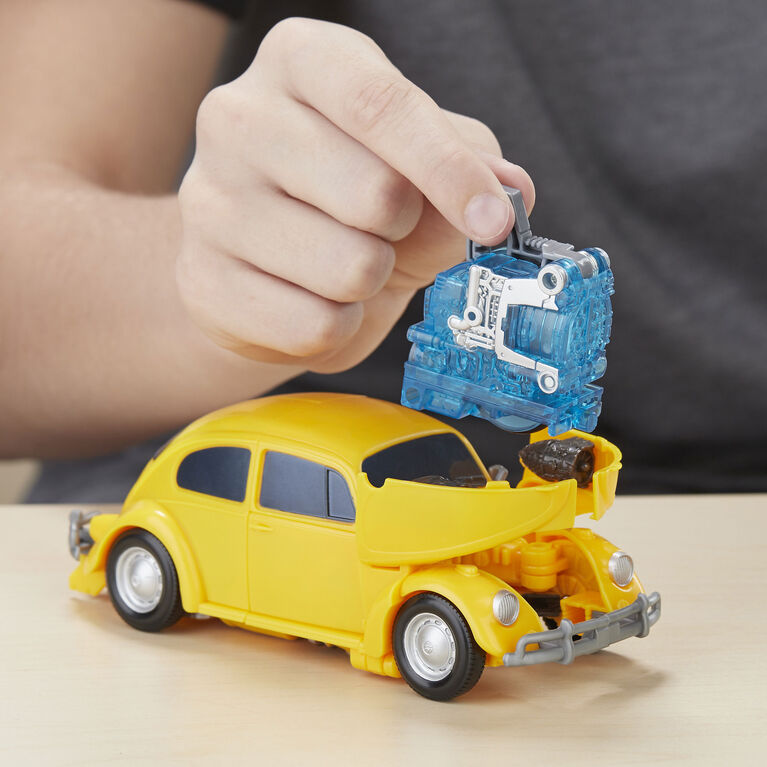 The lifeblood of Transformers robots, Energon fuels the epic action on Earth and beyond.

He might boogie down with the radio on, but when Decepticons attack, Bumblebee gets down to business. The fearless Autobot scout converts into vehicle mode and speeds into action when enemies attack.

Volkswagen trademarks, design patents and copyrights are used with the approval of the owner, Volkswagen AG.
Transformers and all related characters are trademarks of Hasbro.

Ages 6 and up
Warning: Choking Hazard - Small parts may be generated. Not for children under 3 years.
Caution: Hair entanglement may result if child’s hair comes in contact with moving parts of toy. Adult supervision is required.