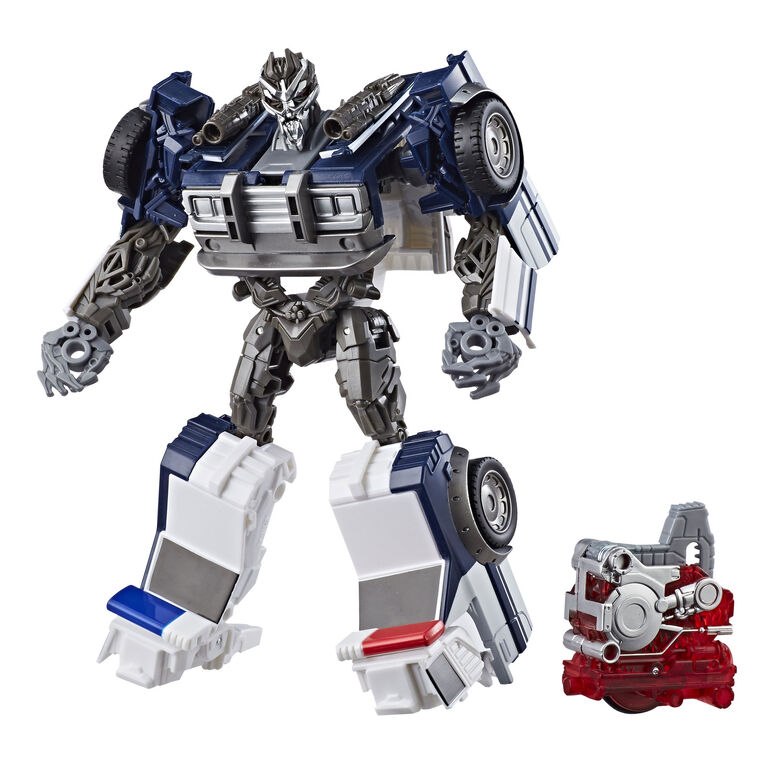 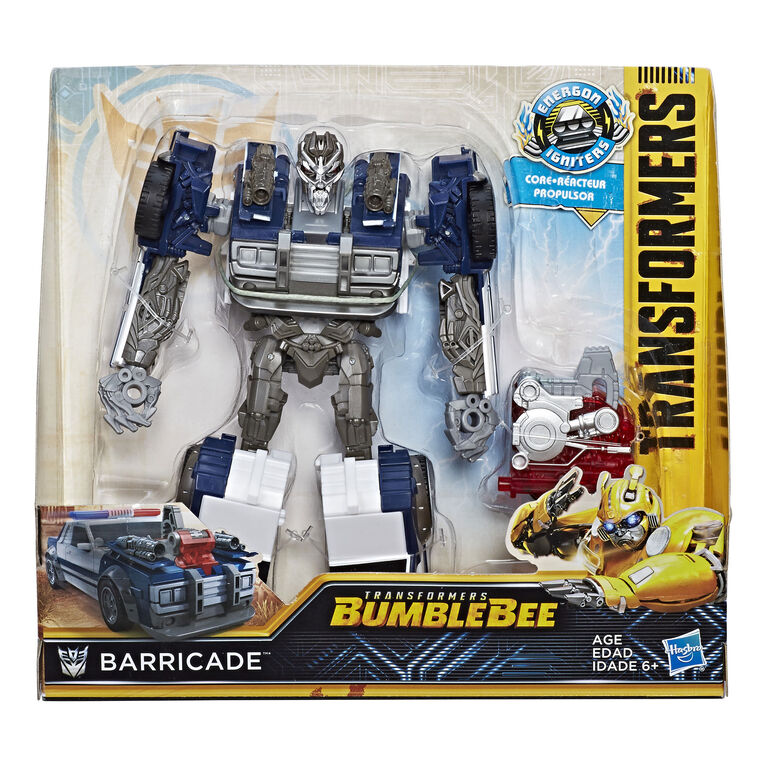 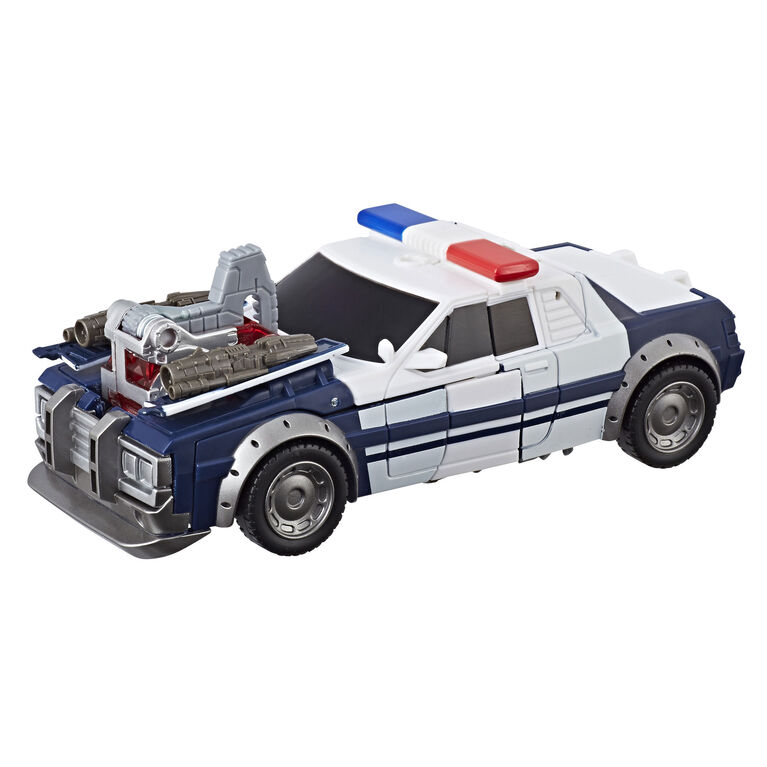 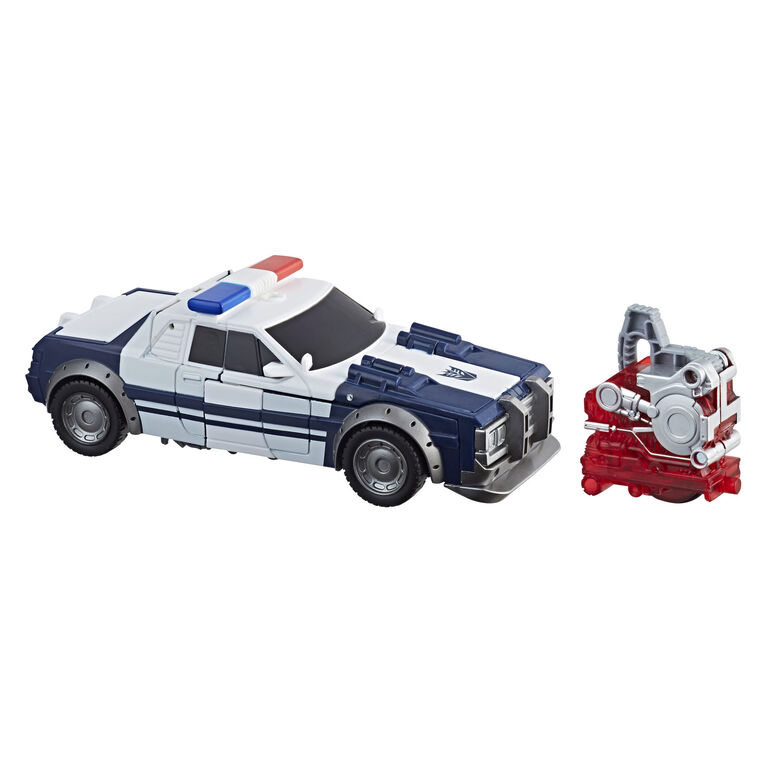 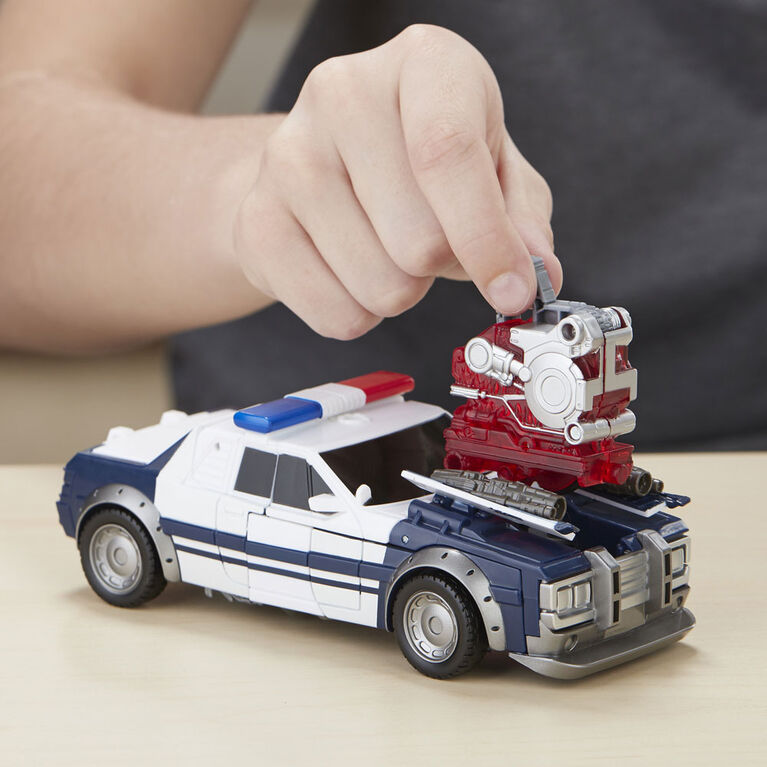 The lifeblood of Transformers robots, Energon fuels the epic action on Earth and beyond.

Tricking Autobots always puts a smile on the face of Barricade. When he sees an Autobot or one of their wretched human friends, he converts into a police car to attack his prey when they least expect it.

Harness Energon Igniters tech and unleash the power within.

Ages 6 and up
Warning: Choking Hazard - Small parts may be generated. Not for children under 3 years.
Caution: Hair entanglement may result if child’s hair comes in contact with moving parts of toy. Adult supervision is required.