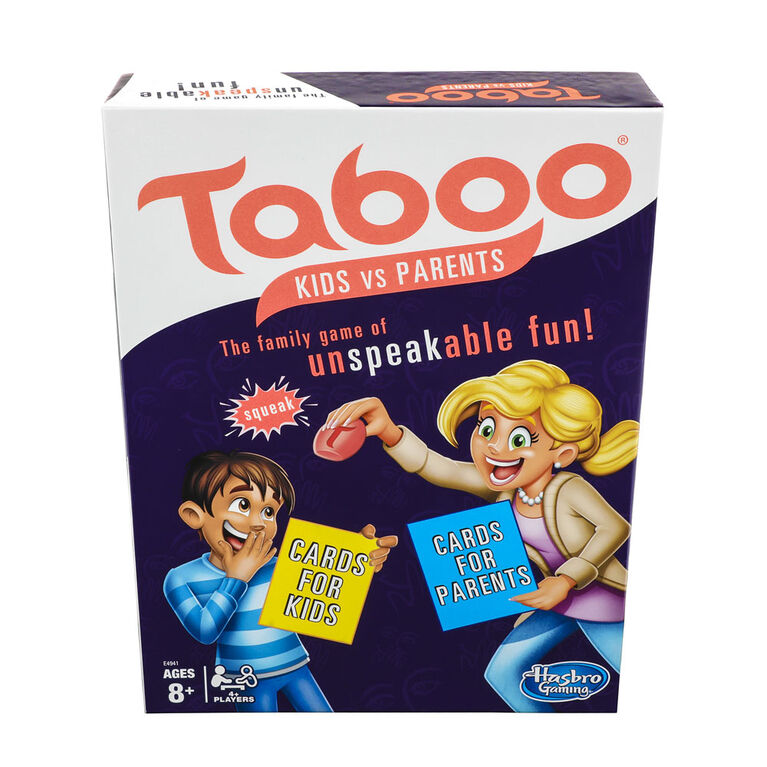 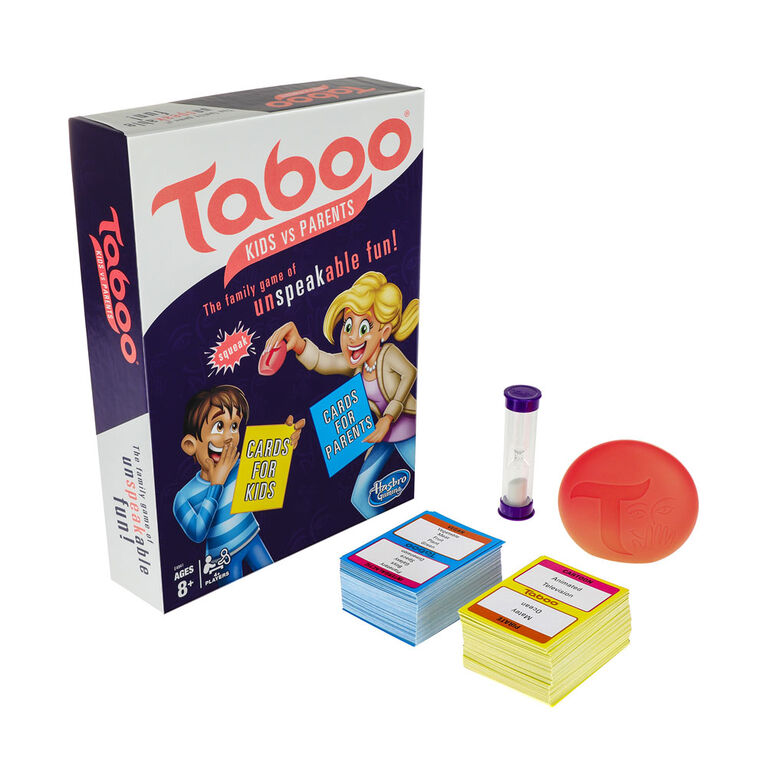 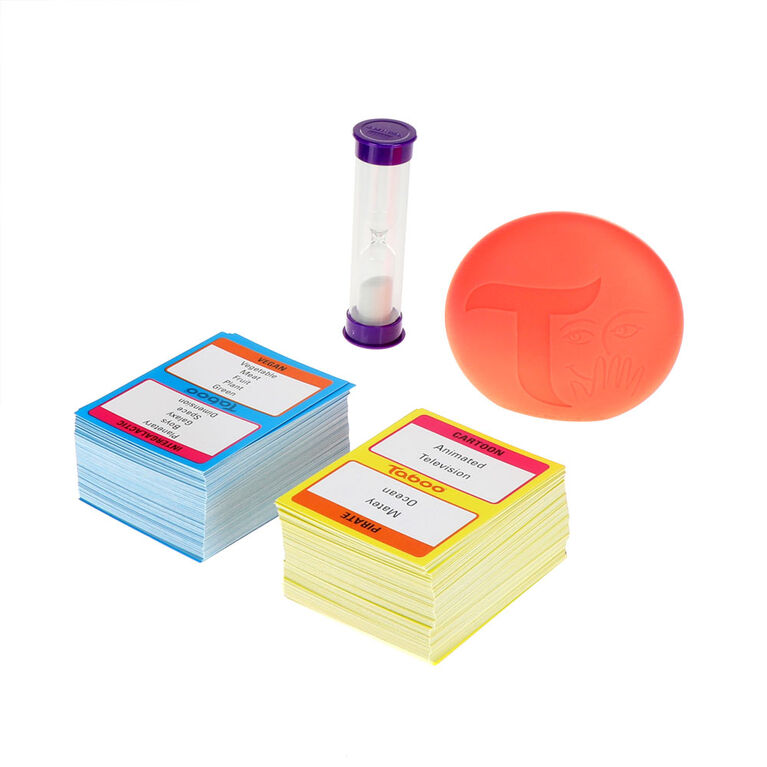 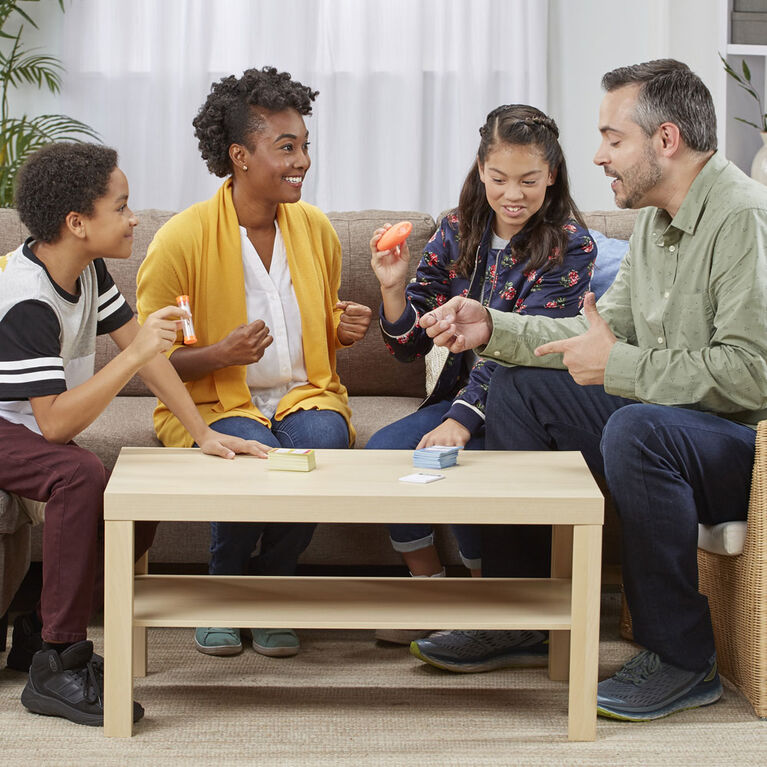 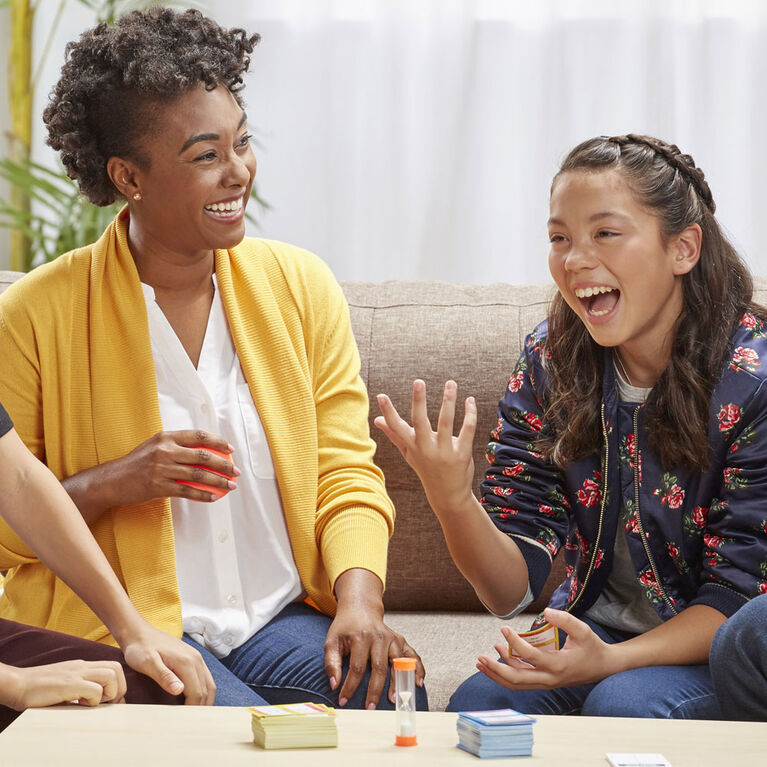 Kids and parents can experience the excitement together in this edition of the Taboo game. The game incudes 2 decks of cards featuring a deck designed especially for kids, featuring a familiar Guess word and only 2 forbidden words on each card. Players race against the timer as they give clues to get team players to guess as many words as they can within a minute. But don't mention unmentionables, or it's time for the squeaker, which means losing the point. The game includes over 1,000 Guess words on 260 cards -- 130 cards for adults, and 130 cards designed with younger kids in mind. The team with the most points wins the family game of unspeakable fun!

It's kids vs. parents in this edition of the Taboo game
Includes kids' deck and adult deck of cards; kids' deck features familiar Guess words and only 2 forbidden words
Includes over 1,000 Guess words on 260 cards; get teammates to say the Guess word on the card without saying the forbidden words
Oops! Say a forbidden word and get the squeaker
Race against the one-minute timer in this fun and fast-paced family game

Hasbro Gaming and all related terms are trademarks of Hasbro.