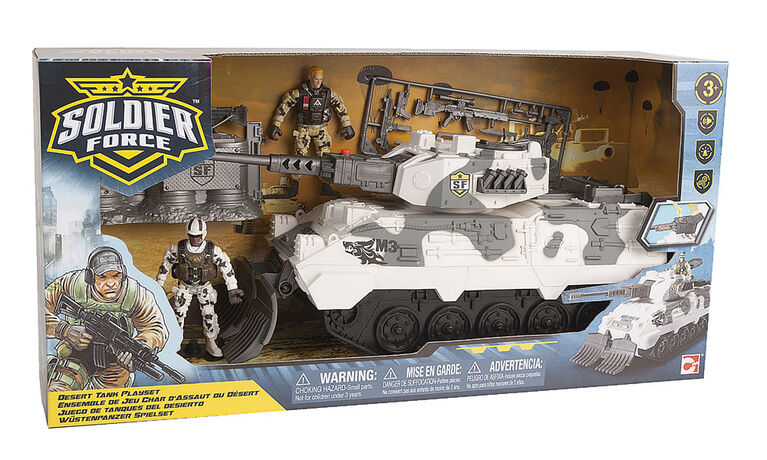 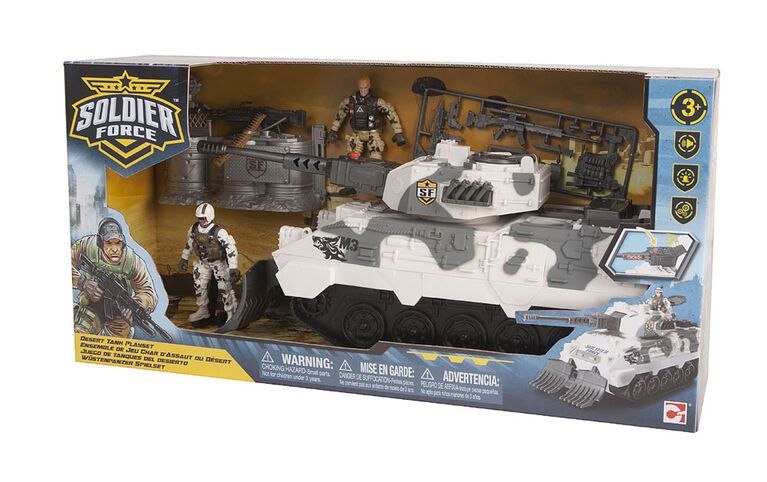 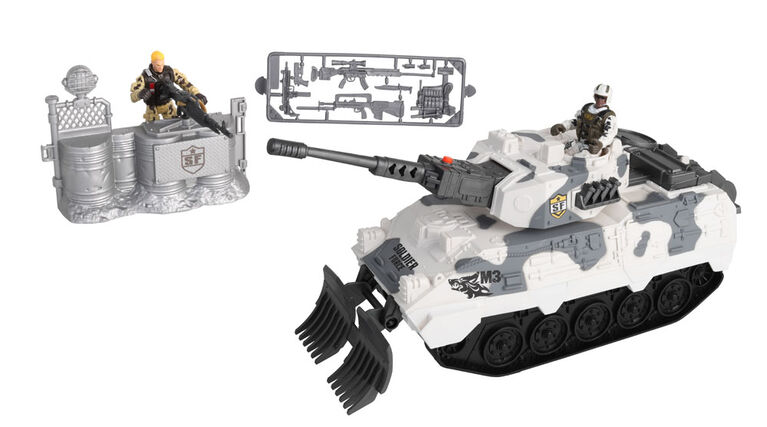 Pinch to zoom
R Exclusive, only available at Toys R Us Canada. It's a fierce battle on frosty terrain, but with the Swamp Pirana Playset, you're ready to take on the enemy! The free-wheeling tank has coloring perfect for camouflaging in snow. It also has plows in front to remove snow from its path. Open the cockpit door on top of the tank and place a figure inside. Let the firepower loose when you press the buttons. Flaming battle blasts light-up as explosive sounds play! Rotate the tank rifle to get a great aim at your target. Take position behind the barrel bunker to stave off approaching enemy forces. Pull the ammunition rounds through the machine gun. Get set to give the bad guys a "chilly reception" as you win the battle and save the day!