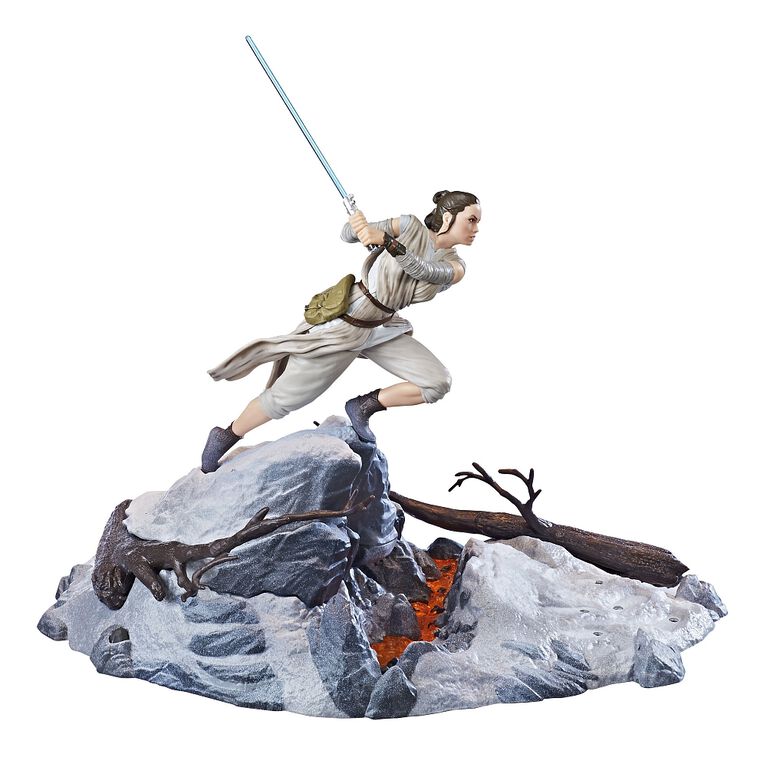 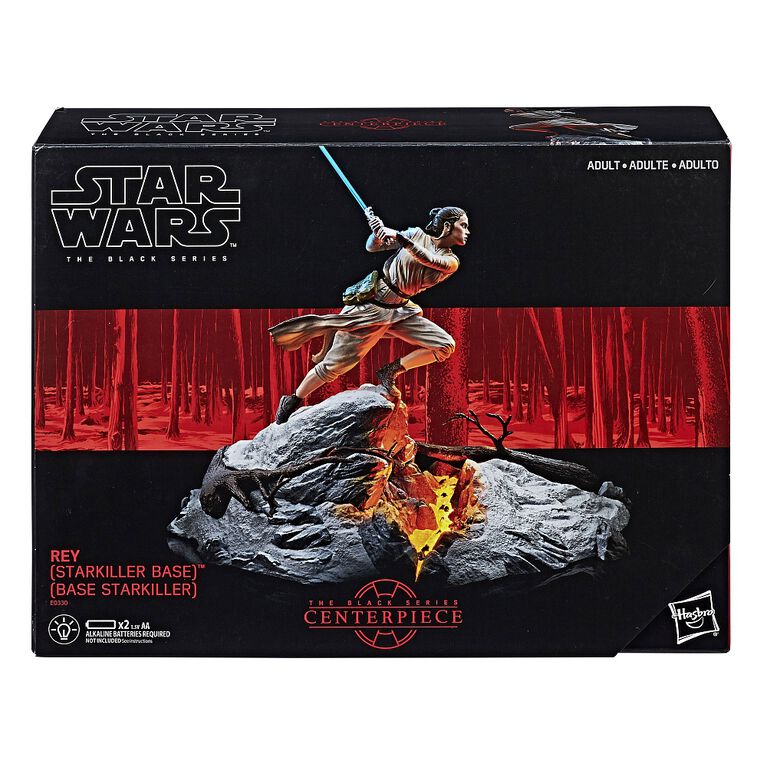 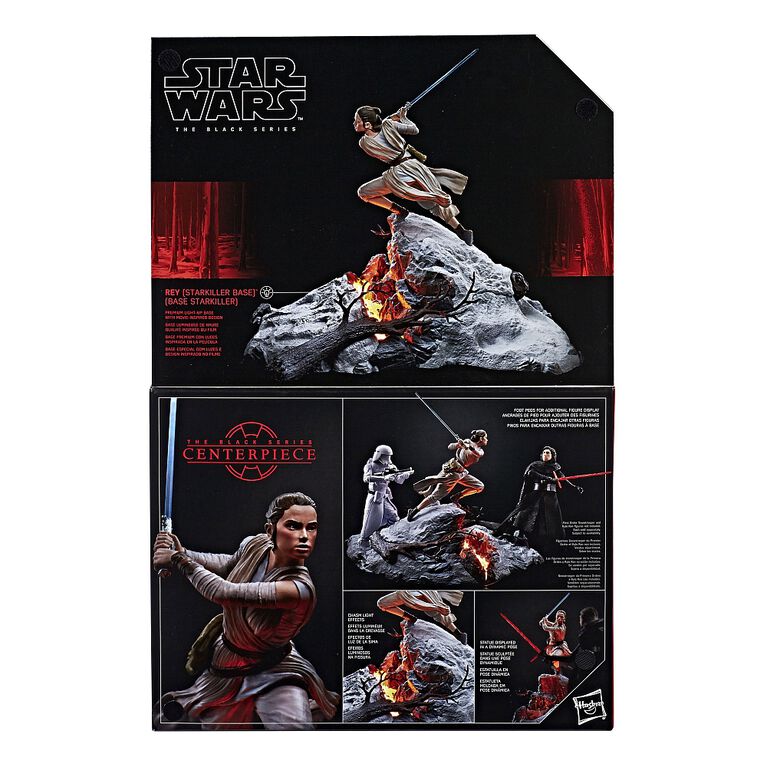 Reimagine key moments from the Star Wars galaxy with the Star Wars The Black Series Centerpiece collection! Each base features premium lights and an iconic character captured in a moment in time like never before.

A resilient survivor with much to learn about the ways of the Force, Rey faces off against Kylo Ren in a fiery duel of blues and reds while the stark, icy landscape of Starkiller Base crumbles around them.