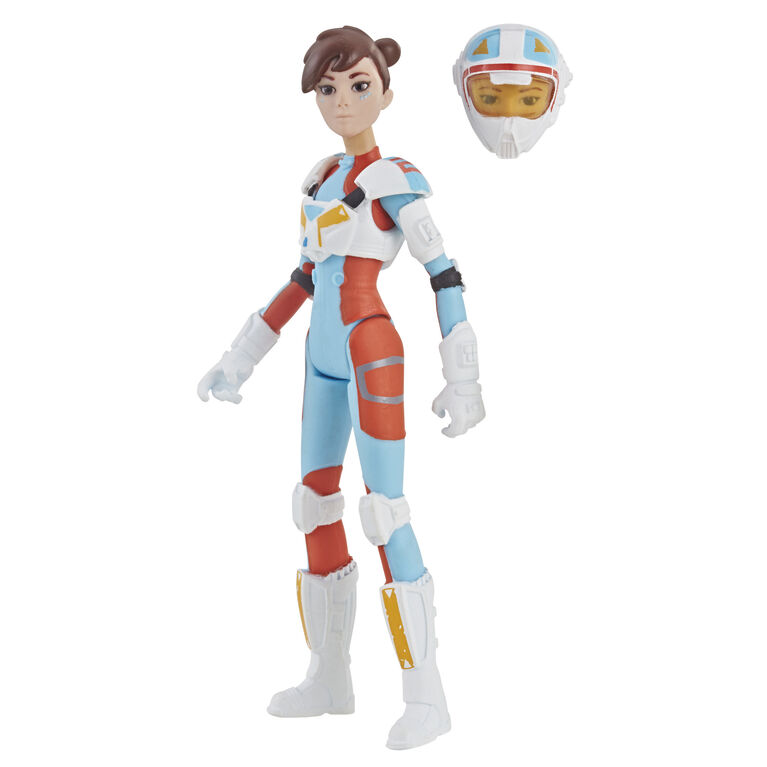 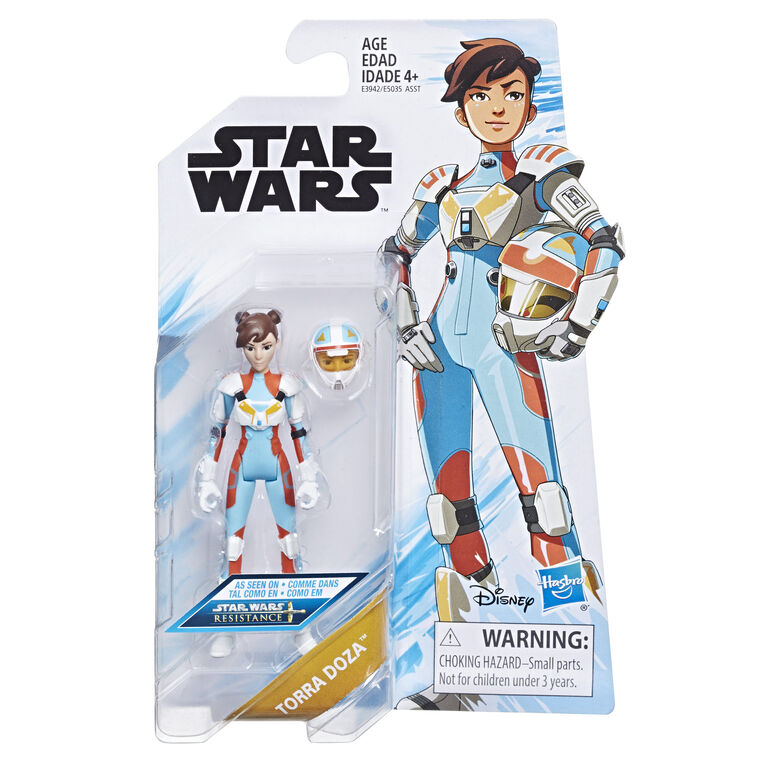 A daring pilot at the Colossus station with a sense of flair and competitiveness, Torra Doza has the combined energy of a hotshot ace and a fifteen-year old.

Imagine the competitive pilot showing off maneuvers with this 3.75-inch scale Torra Doza figure. Kids can recreate their favorite scenes from Star Wars: Resistance or imagine their own epic missions from a galaxy far, far away!