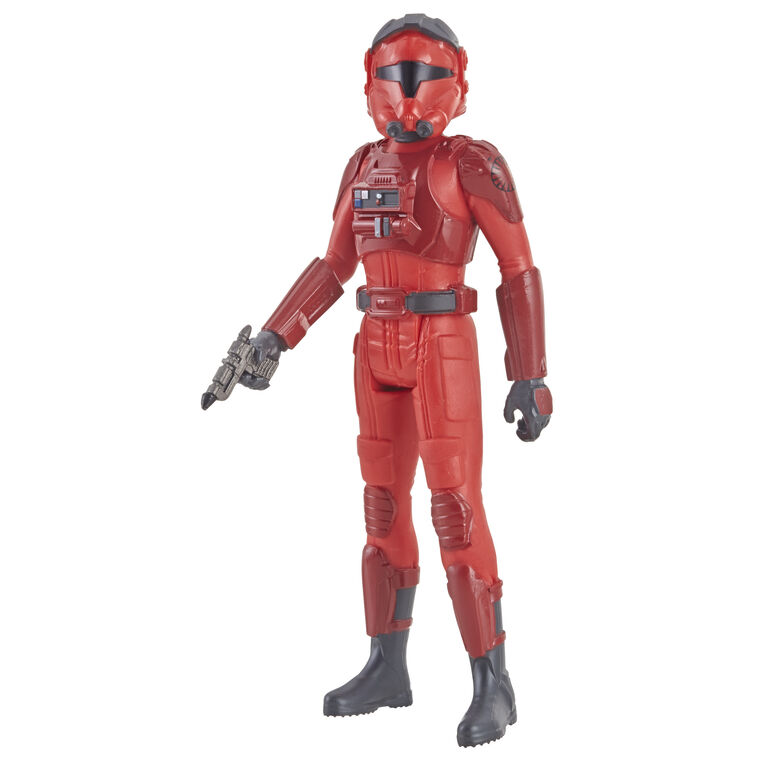 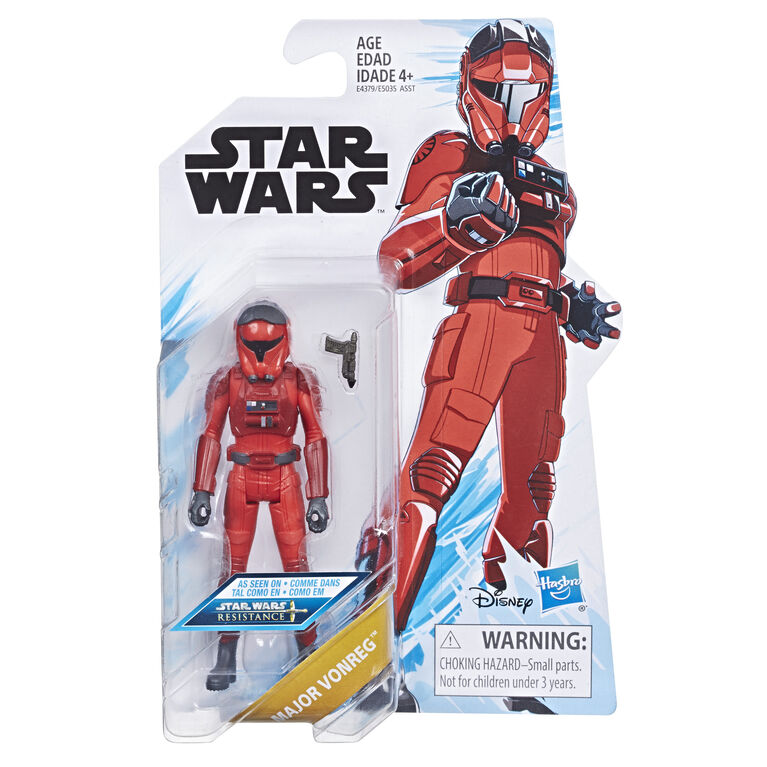 A vicious, daring man of few words, Major Vonreg is known for his custom crimson TIE fighter and his lightning fast strikes against anyone who dares intrude into First Order territory.

Imagine the First Order officer letting his TIE fighter's weapons do the talking for him with this 3.75-inch scale Major Vonreg figure. Kids can recreate their favorite scenes from Star Wars: Resistance or imagine their own epic missions from a galaxy far, far away!