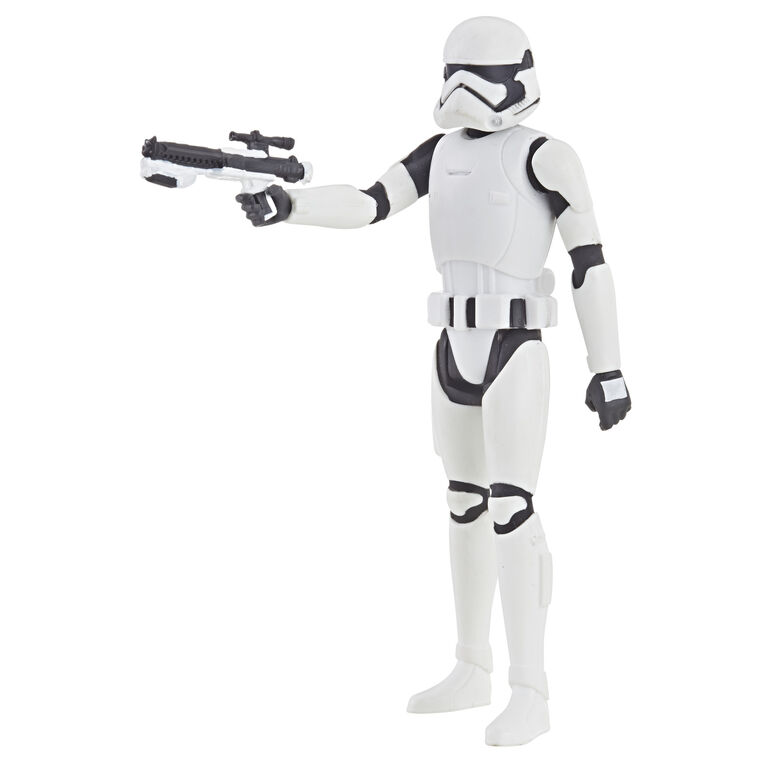 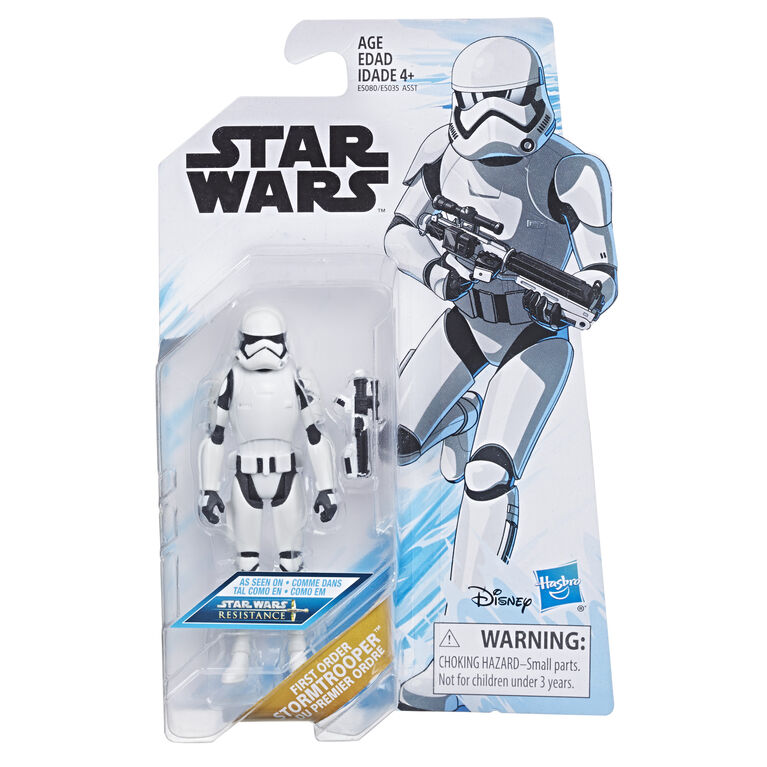 Equipped with sleek armor and powerful weapons, the Stormtroopers of the First Order continue the legacy of the soldiers of the Galactic Empire.

Imagine the infantry soldiers in stark white armor battling on behalf of the First Order with this 3.75-inch scale First Order Stormtrooper figure. Kids can recreate their favorite scenes from Star Wars: Resistance or imagine their own epic missions from a galaxy far, far away!