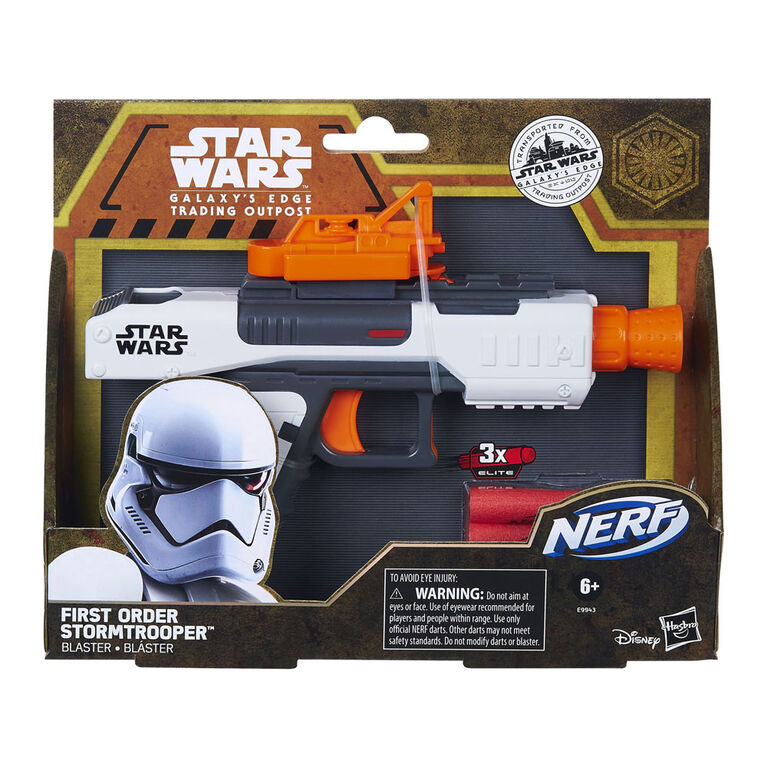 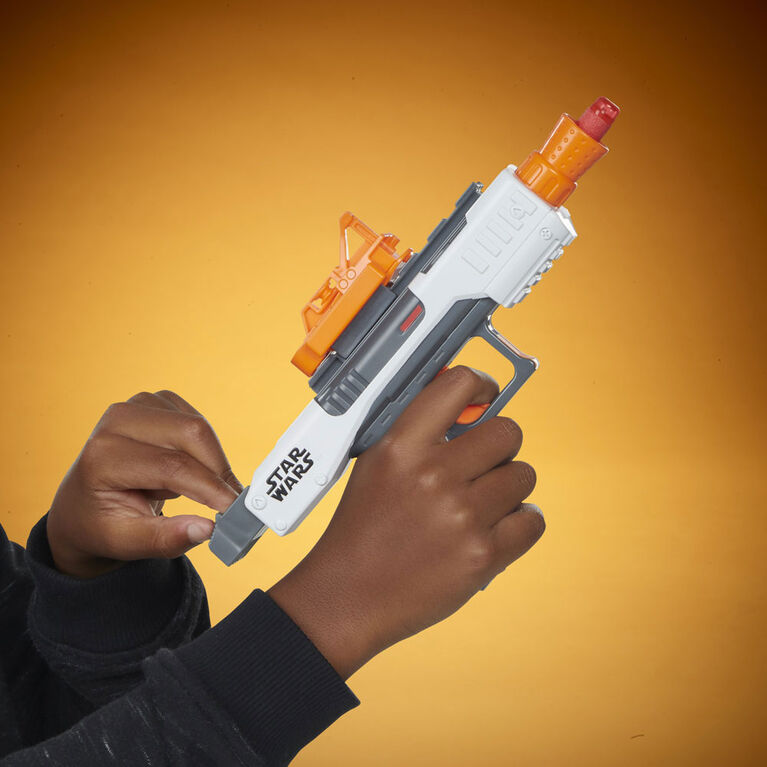 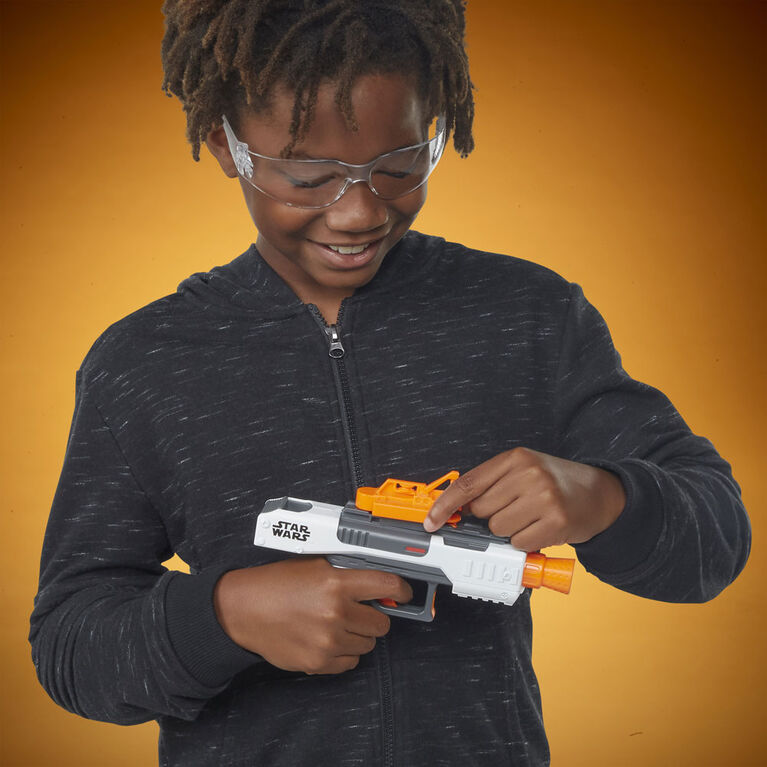 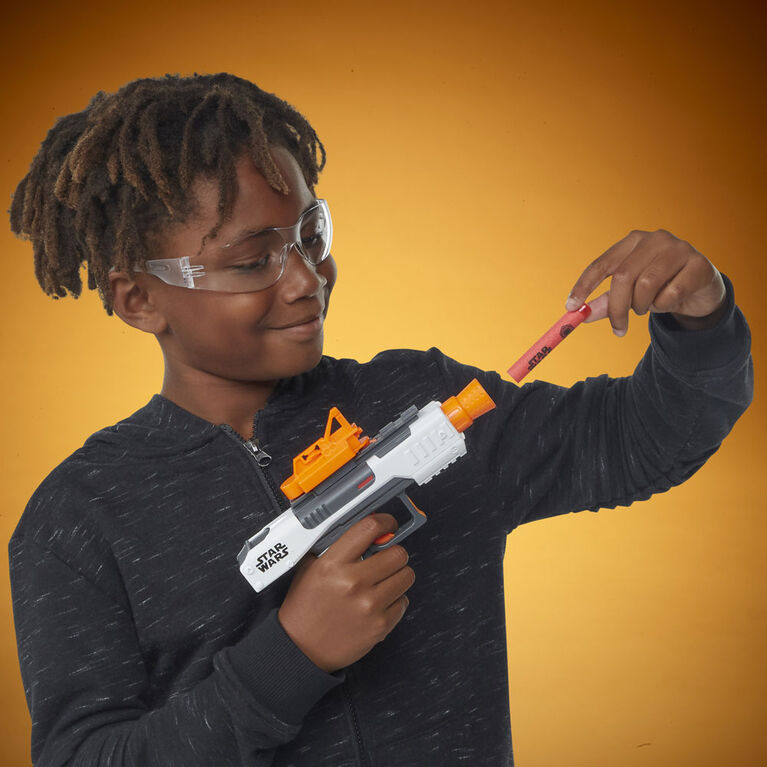 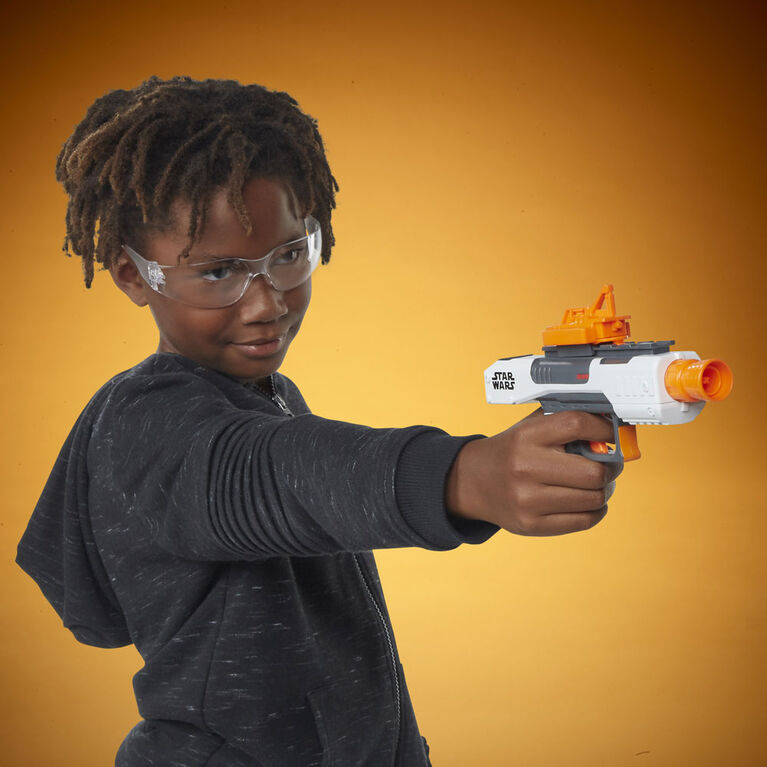 Members of this new generation of stormtroopers are trained from birth, growing up with unit designations instead of names and fed a steady diet of First Order propaganda to ensure absolute loyalty. Imagine tracking down the Resistance with this First Order Stormtrooper Nerf blaster! It fires 1 dart at a time in 3 easy steps -- load a dart into the barrel, pull back and release the slide to prime the blaster, and press the trigger to fire the dart. Customize this single-shot blaster with the included sight -- attach the sight to the tactical rail to line up your shots, and remove it to create a more compact blaster. It comes with 3 Nerf Elite foam darts. Eyewear recommended (not included).

Star Wars products are produced by Hasbro under license from Lucasfilm Ltd.
Nerf and all related terms are trademarks of Hasbro.

Ages 6 and up
TO AVOID EYE INJURY:
WARNING: Do not aim at eyes or face. Use of eyewear recommended for players and people within range. Use only official NERF darts. Other darts may not meet safety standards. Do not modify darts or blaster. WARNING: CHOKING HAZARD - Small parts may be generated. Not for children under 3 years.