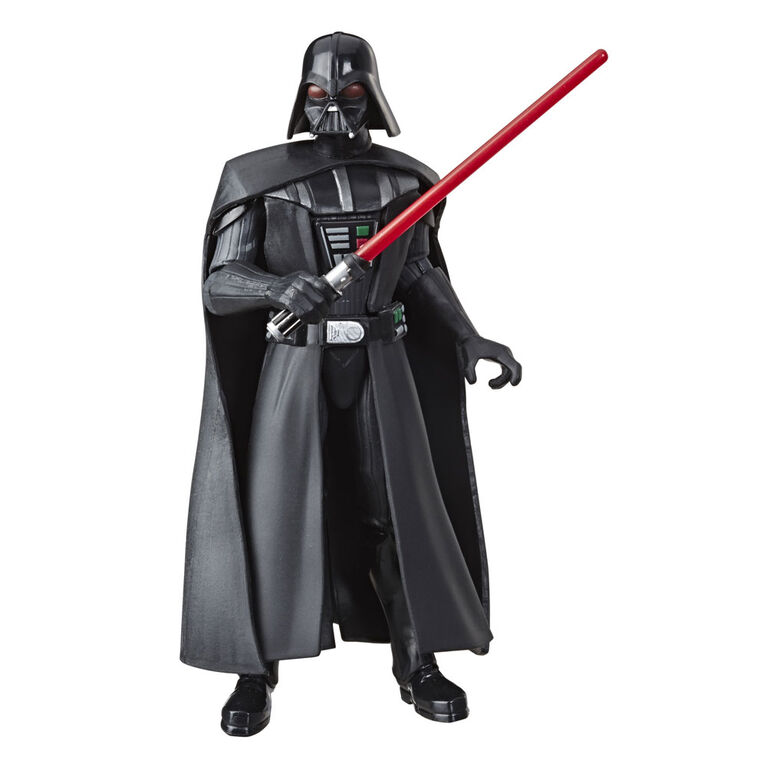 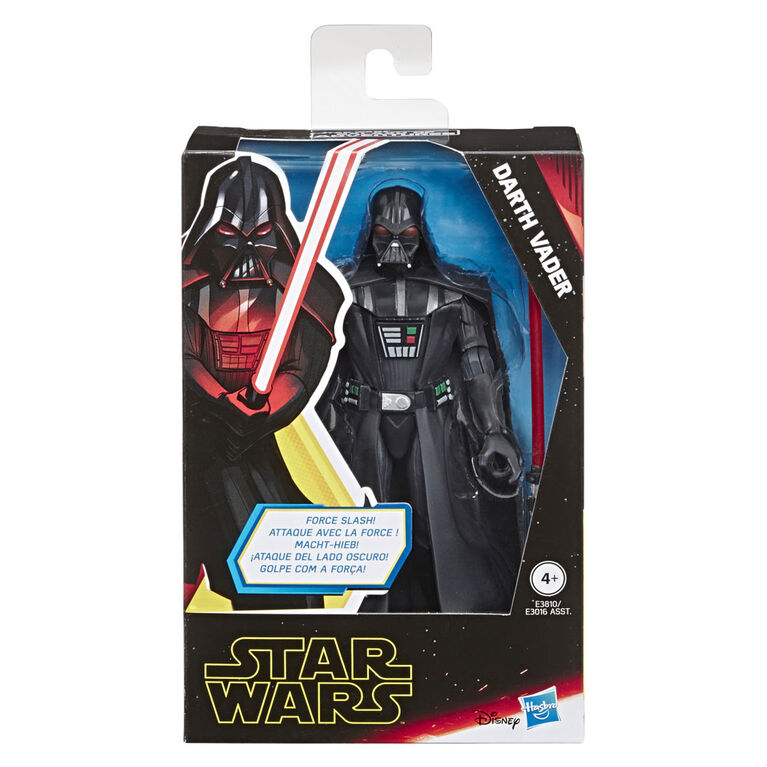 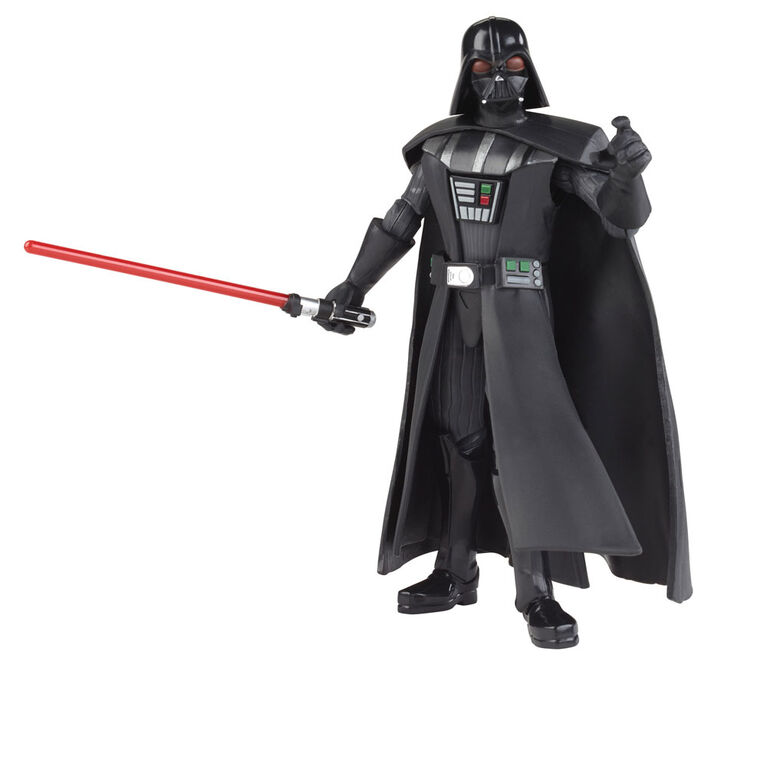 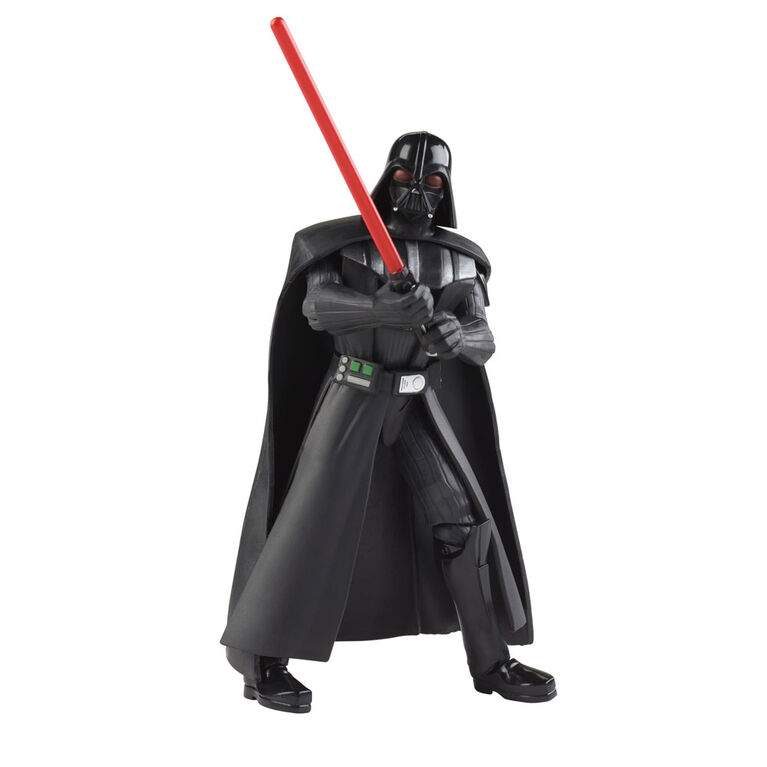 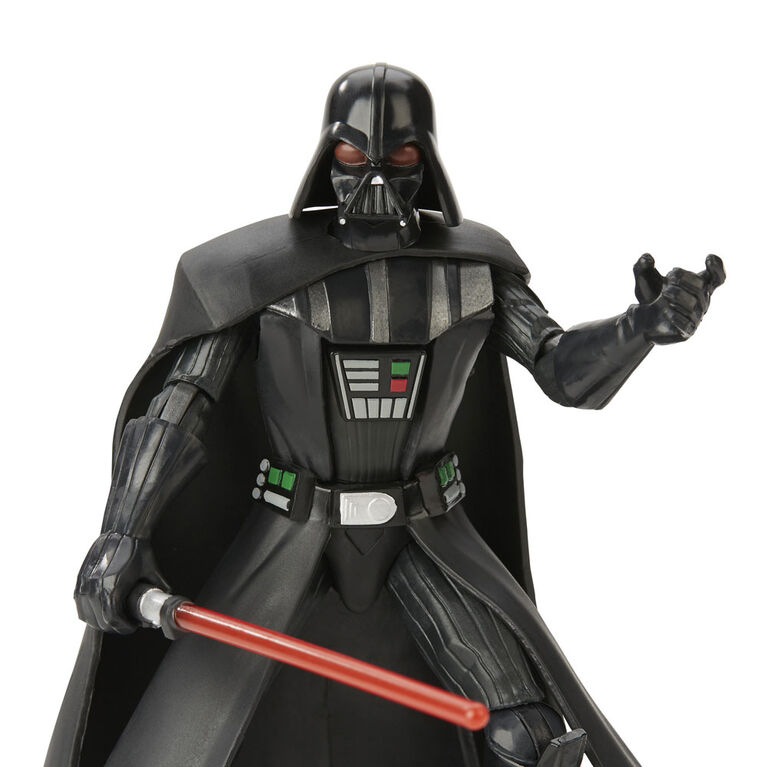 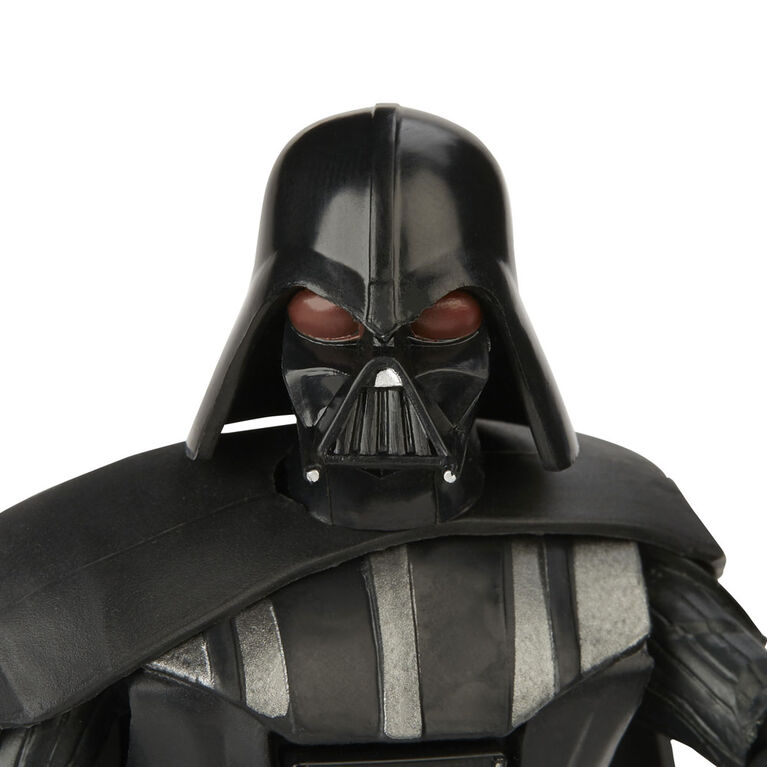 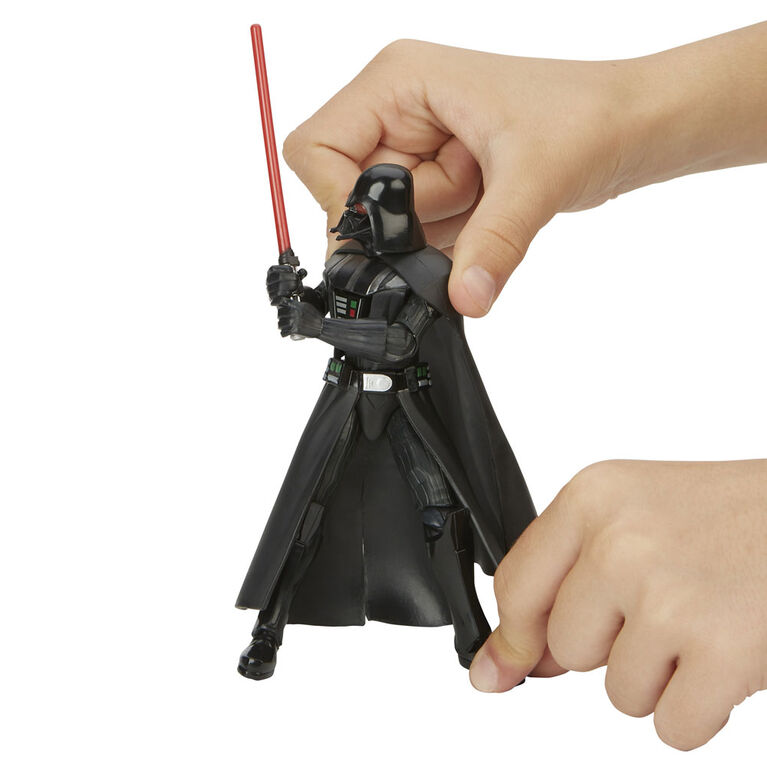 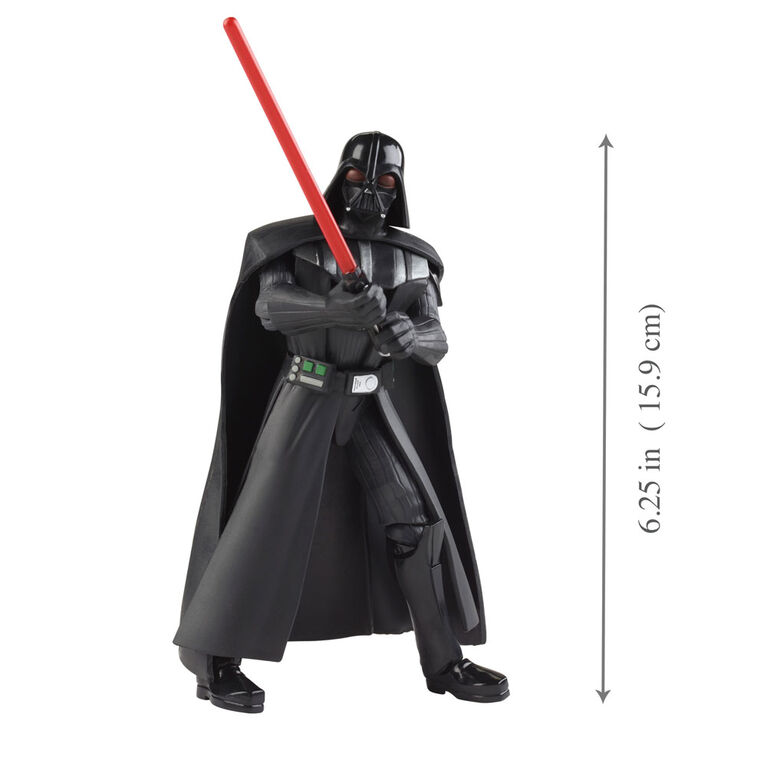 Once a heroic Jedi Knight, Darth Vader was seduced by the dark side of the Force and became a Sith Lord.

With Star Wars Galaxy of Adventures, the galaxy far, far away comes home! May the Force be with you!

Ages 4 and up
WARNING: Small parts may be generated.