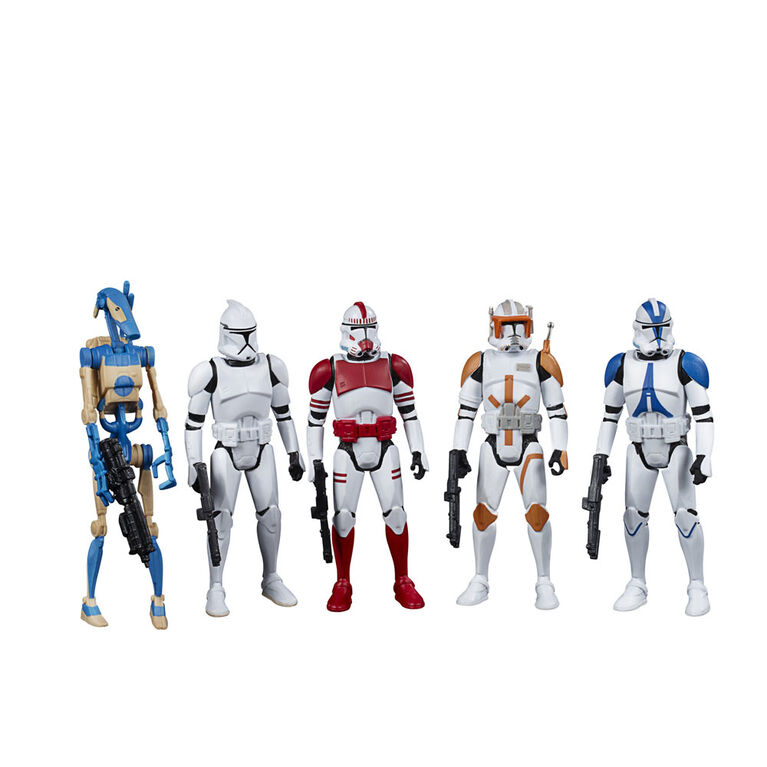 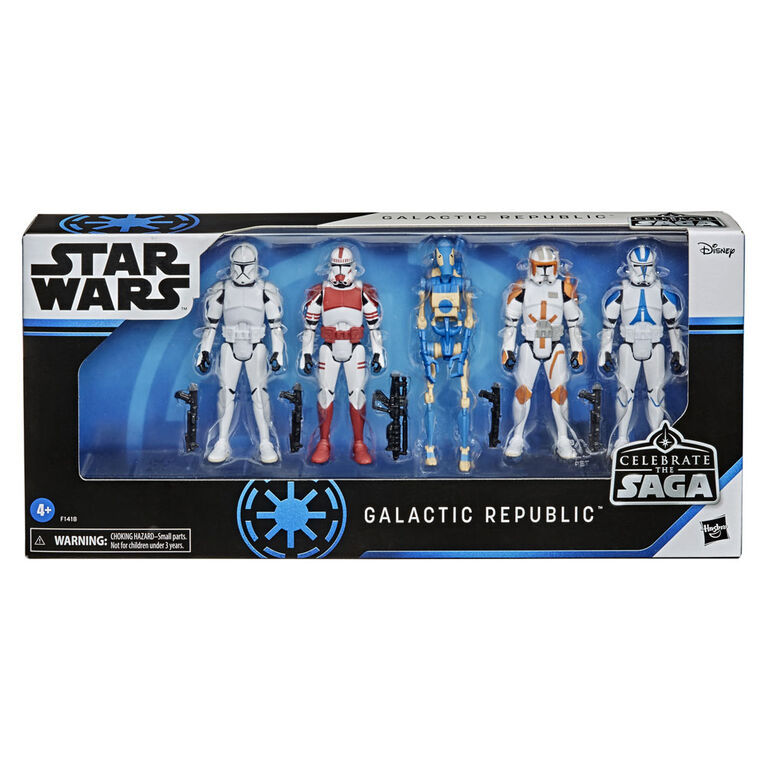 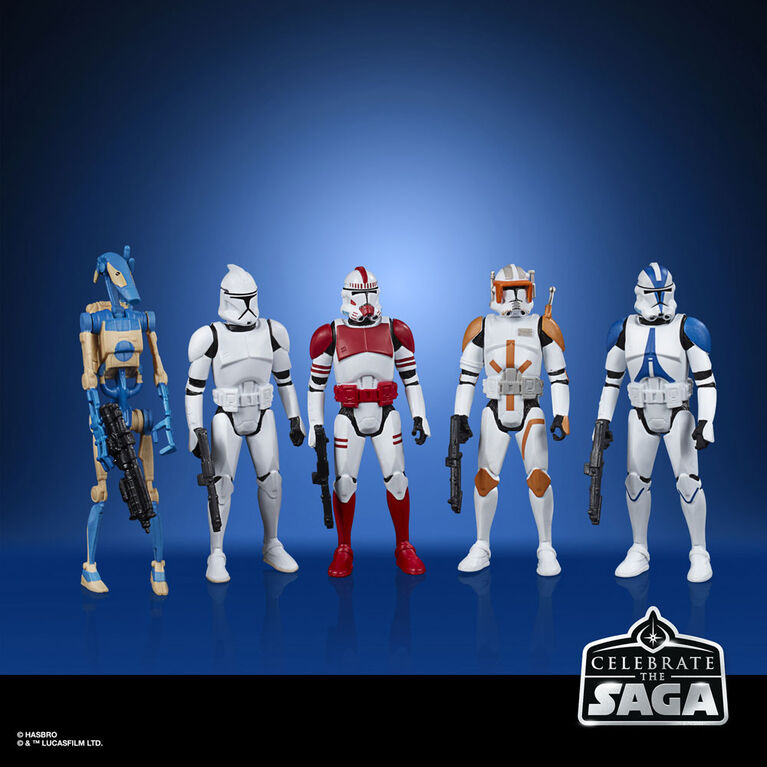 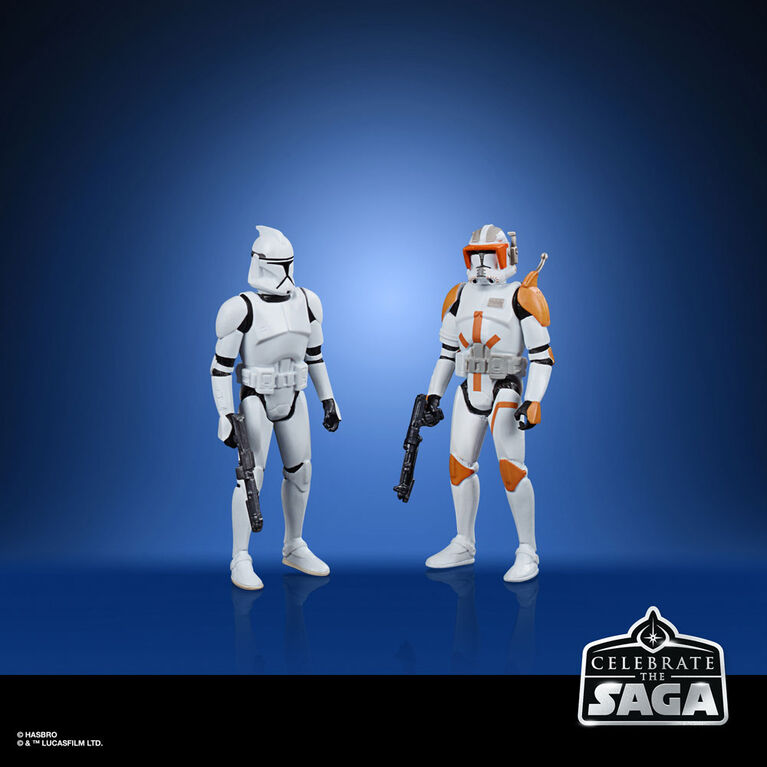 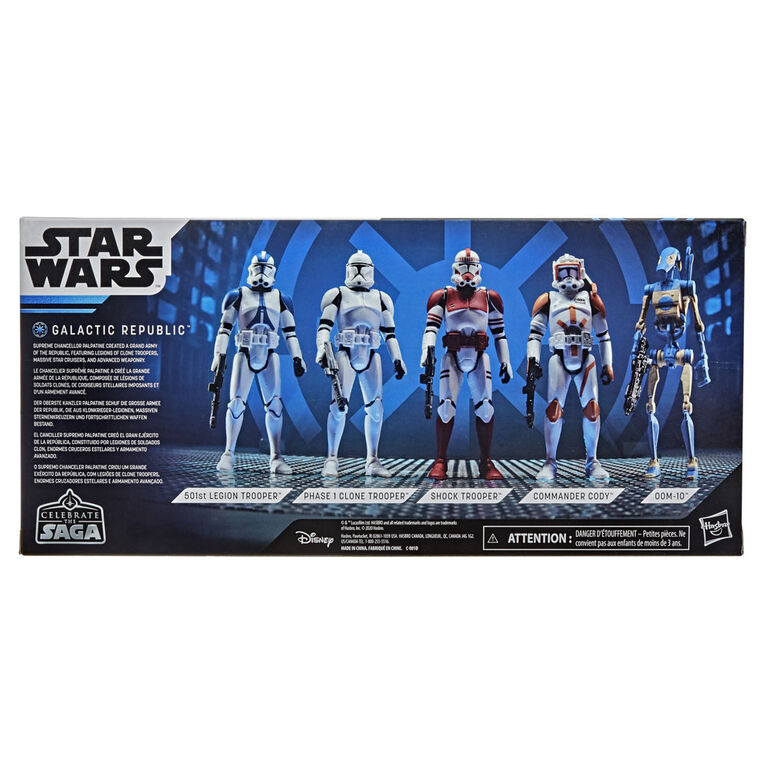 For over a thousand years, the Galactic Republic stood firm as a democratic union that governed the galaxy. The Republic was governed by the Galactic Senate, consisting of elected officials from each system and world.

Celebrate the legacy of Star Wars, the action-and-adventure-packed space saga from a galaxy far, far away, with this 3.75-inch-scale action figure set! Featuring movie-inspired design and multiple points of articulation, as well as character-inspired accessories, this Galactic Republic figure 5-pack allows fans, collectors, and kids ages 4 and up to imagine the world of Star Wars in action. Rereate favorite moments of excitement and intrigue from the Star Wars Galaxy with these Star Wars Galactic Republic toys or imagine new stories and missions!

Ages 4 and up
WARNING: CHOKING HAZARD – Small parts. Not for children under 3 years.