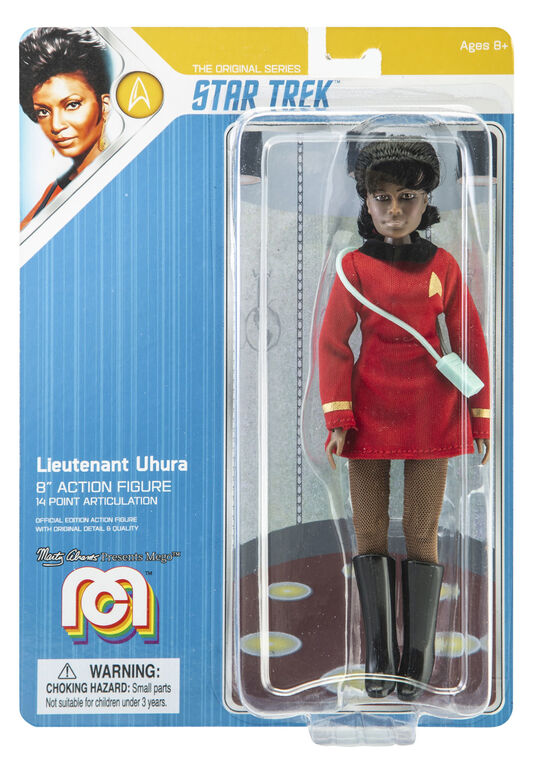 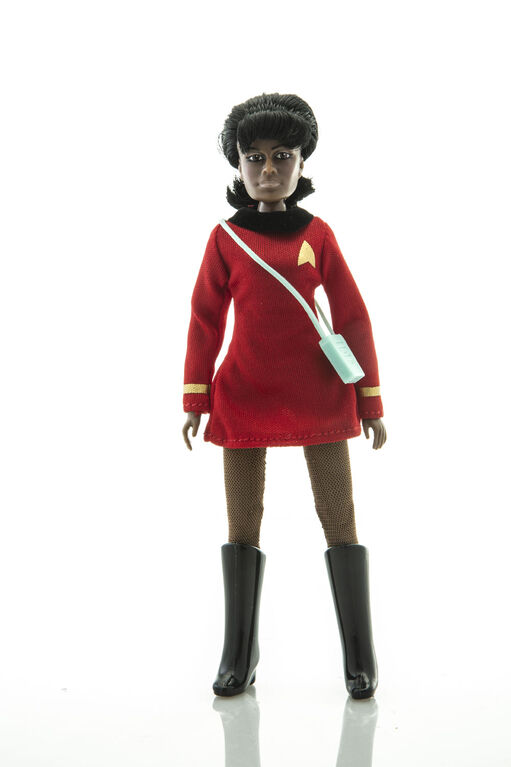 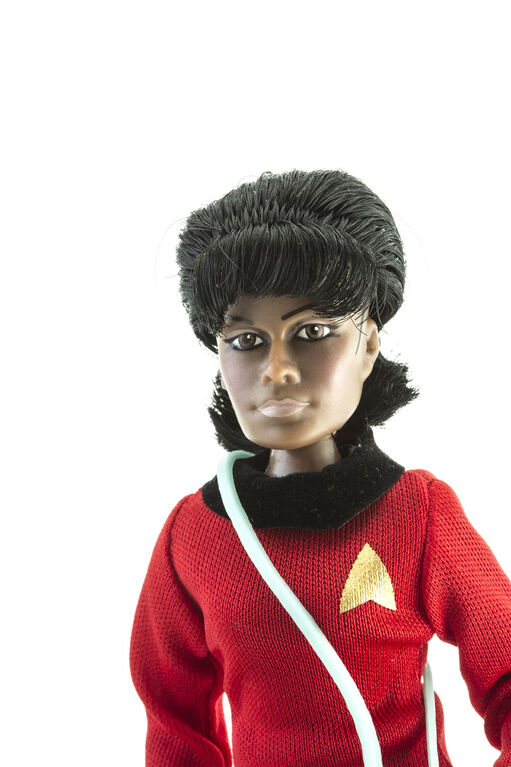 Lieutenant Nyota Uhura was a Starfleet communications officer serving in the 23rd century, under the command of Captain James Kirk. She was known to entertain members of the U.S.S. Enterprise crew, as she had a beautiful singing voice and would play the Vulcan harp. After her memory was wiped in 2267 by the space probe Nomad, Uhura spent considerable time relearning the huge pieces of information the probe had destroyed.