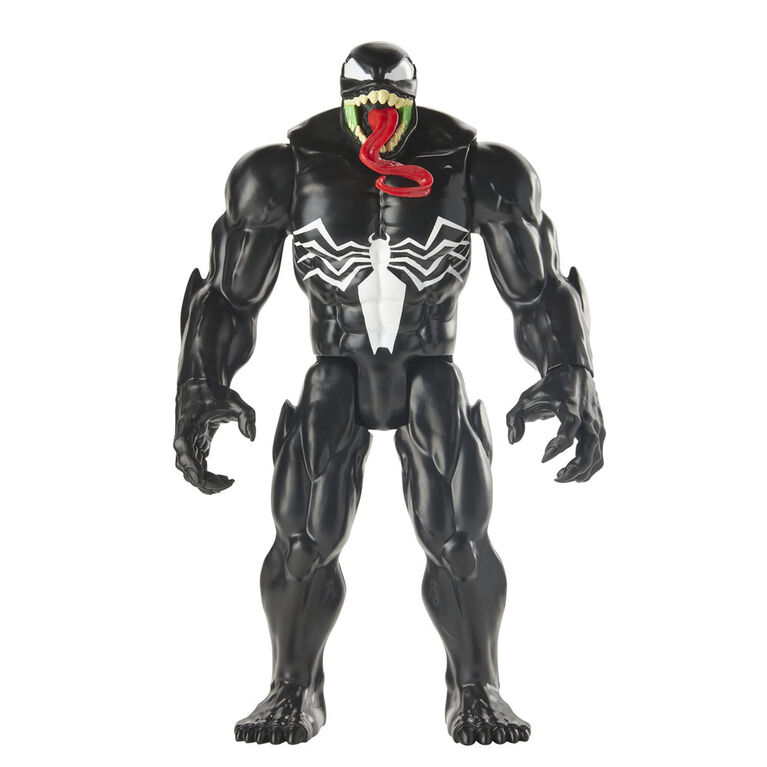 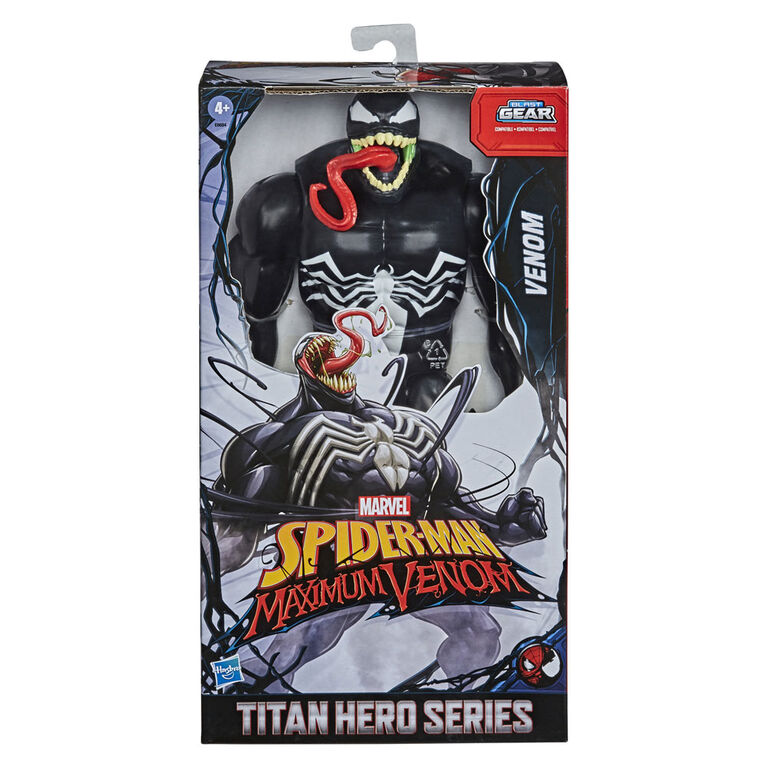 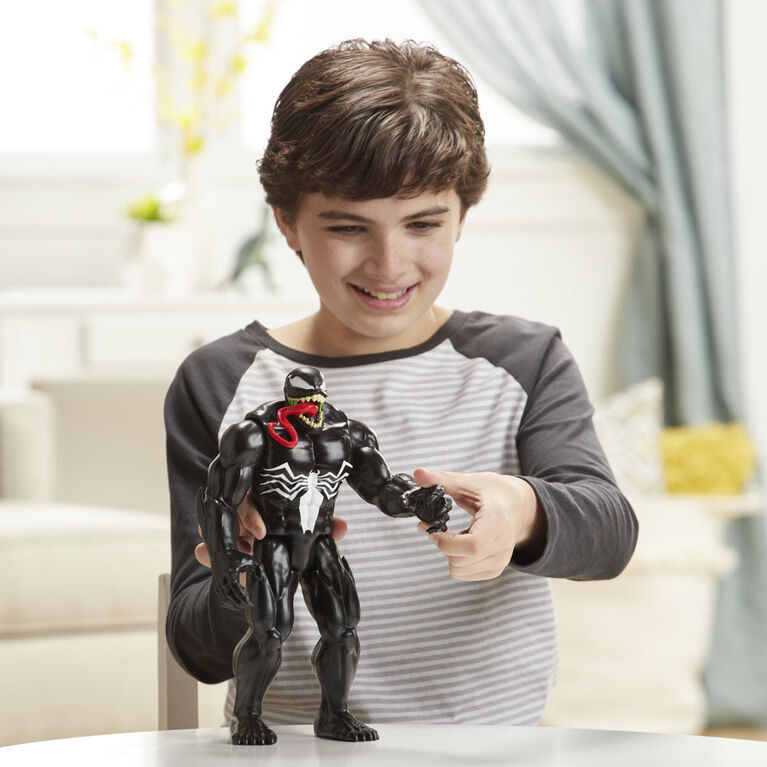 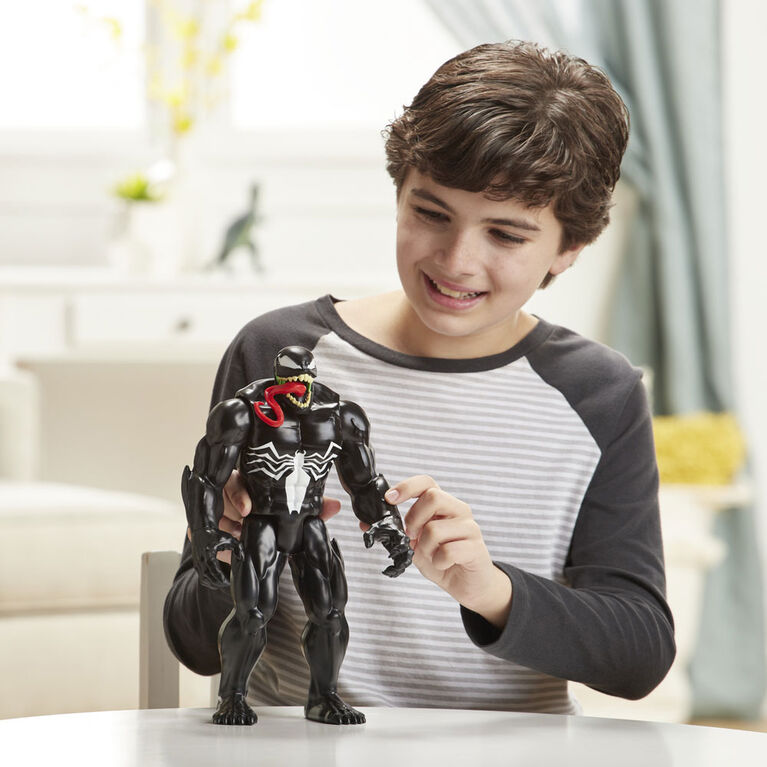 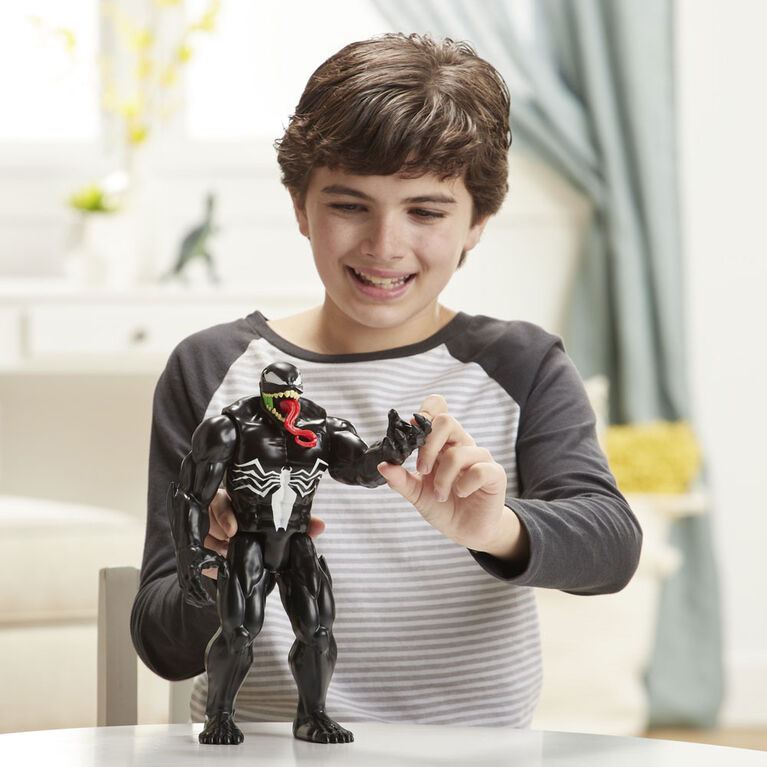 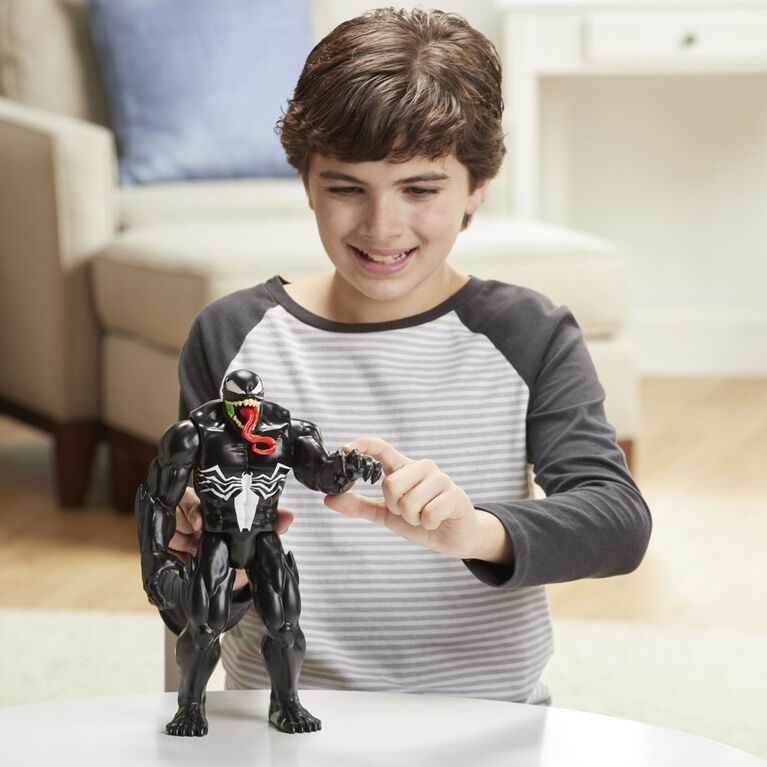 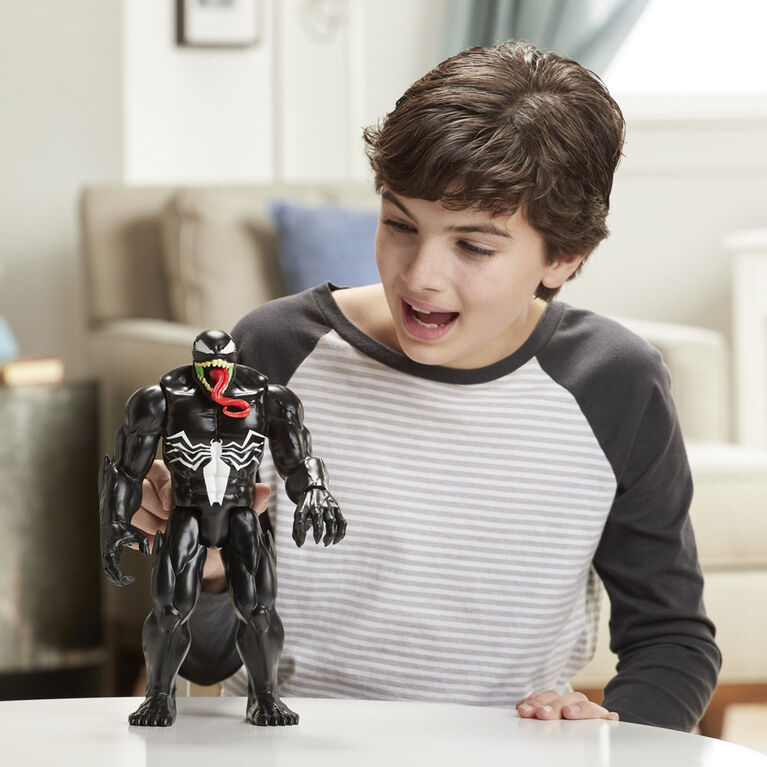 Enter the action-packed world of Maximum Venom with other figures and accessories inspired by the Spider-Man Maximum Venom series.
An evil alien symbiote turns Eddie Brock into Venom, a deadly menace and mortal enemy of Spider-Man.
Venom is now deluxe-sized with this 14-inch Titan Hero Series figure! Venom figure features classic design with muscles and a Venom tongue sticking out from an evil, grinning, fang-filled mouth. Imagine the vile villain lurking through the city in the world of Maximum Venom with this Venom figure from the Titan Hero Series!