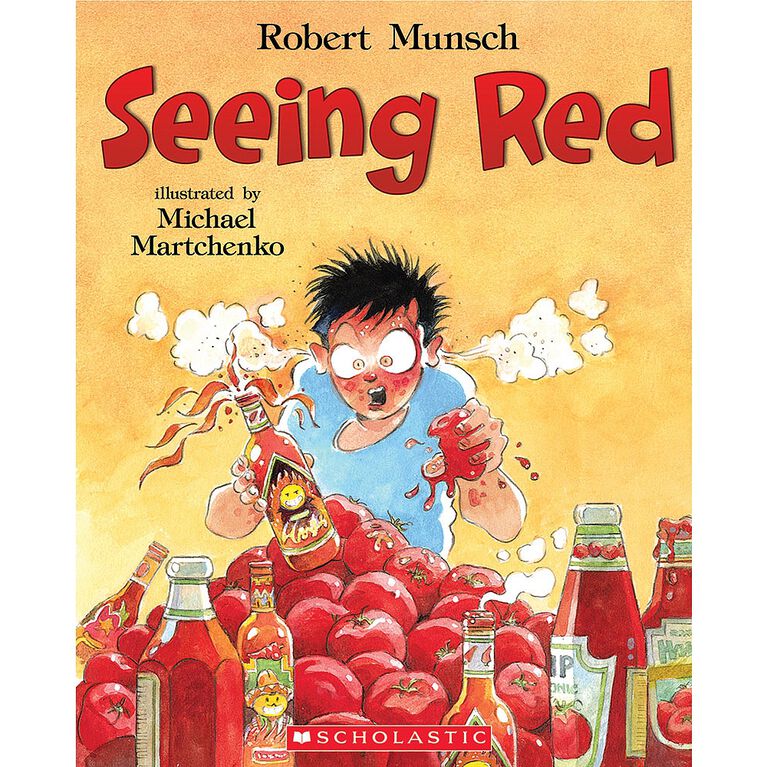 Pinch to zoom
What is the secret behind Arie's red hair? Alex is dying to know why Arie's hair is so red. So he asks him if there is a secret to it all, or better yet, something he can do to turn his own black hair red? Soon he's following Arie's good advice and consuming daily doses of tomatoes and ketchup. But when he finds himself drinking tabasco sauce to, you know, set the colour, Alex starts to suspect that he's being played - and concocts a little plan to turn the tables on Arie's trick, by tempting him with his own recipe for turning red hair black!

Based on a boy named Arie from Montreal, whom Robert Munsch met while on a storytelling tour, Arie's Red Hair celebrates the spirit of good-natured pranks with some over-the-top antics and hilarious imagery, while providing a gentle lesson about accepting who you are and what you've been given.

Free Shipping when you spend $75. Shop Toys”R”Us and Babies”R”Us in 1 easy checkout!
Promotion details
Free Shipping when you spend $75. Shop Toys”R”Us and Babies”R”Us in 1 easy checkout!
Offer applies to selected items for delivery by regular standard shipping only and excludes delivery to some remote locations. Up to the maximum of $20 shipping value. Any shipping expense over this $20 per order maximum amount will be charged to your order. Free Shipping applies only to orders with qualifying merchandise greater than $75 and does not apply to gift cards. Free Shipping offer excludes all large SHIP ALONE items, such as; Strollers, Car Seats, Gym sets, houses, large play sets and bikes, all large furniture items and other select items. Toysrus.ca offers "Free Shipping" on select items throughout the site. The shipment of orders to certain remote locations is excluded from these offers. In these instances, the standard delivery charge will be visible during the checkout process. On some products, special handling fees may still apply. If your order contains items that are ineligible for "Free Shipping", you will be charged for those items. Add item to your shopping cart and proceed to checkout to receive discount. While quantities last. Offer valid only while supplies last and not applicable to canceled orders due to out-of-stock merchandise. Discount not applicable with returned merchandise; total discount will be deducted from the value of any returned item to which the discount applied. This offer is not valid on previous purchases. This promotional offer may be modified or terminated at any time without notice. We reserve the right to cancel any order due to unauthorized, altered, or ineligible use of a discount.
Our recommended Age: 5 - 7 years
Our recommended Age