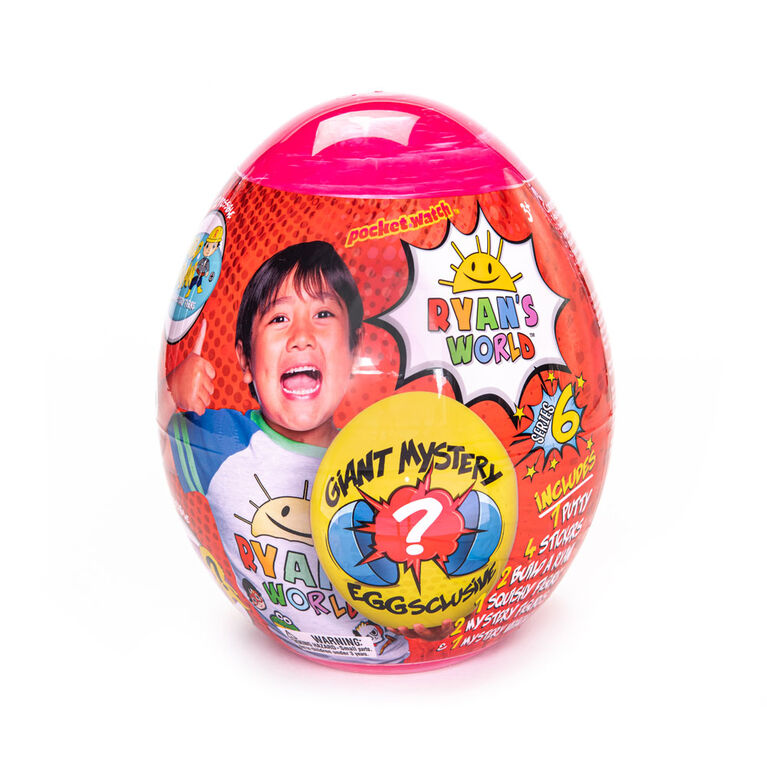 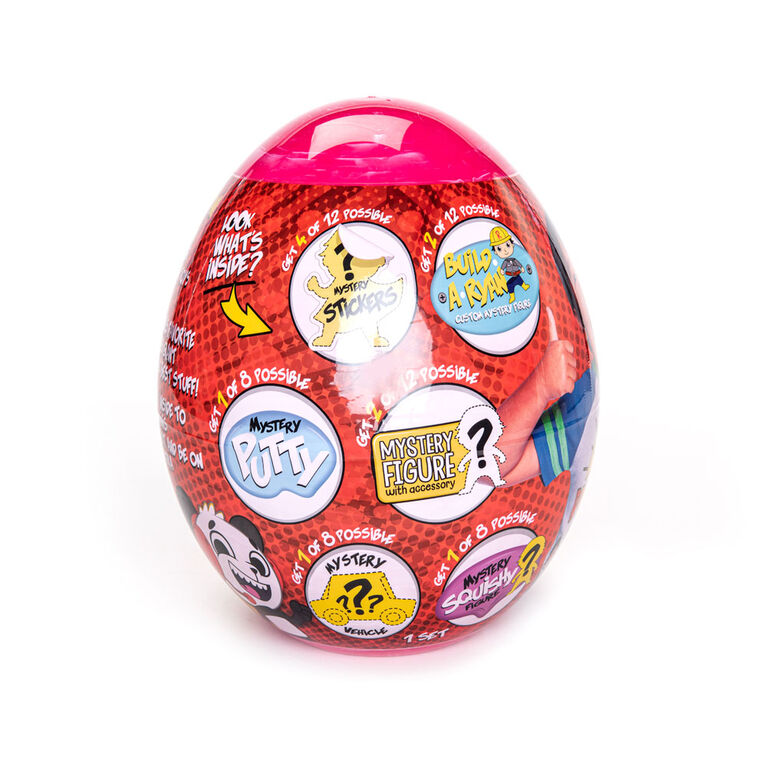 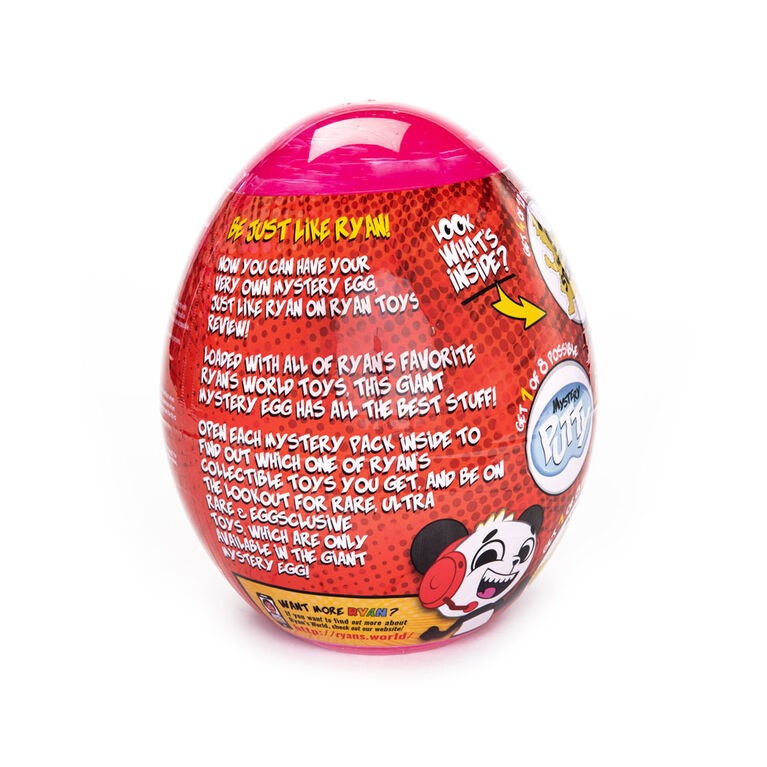 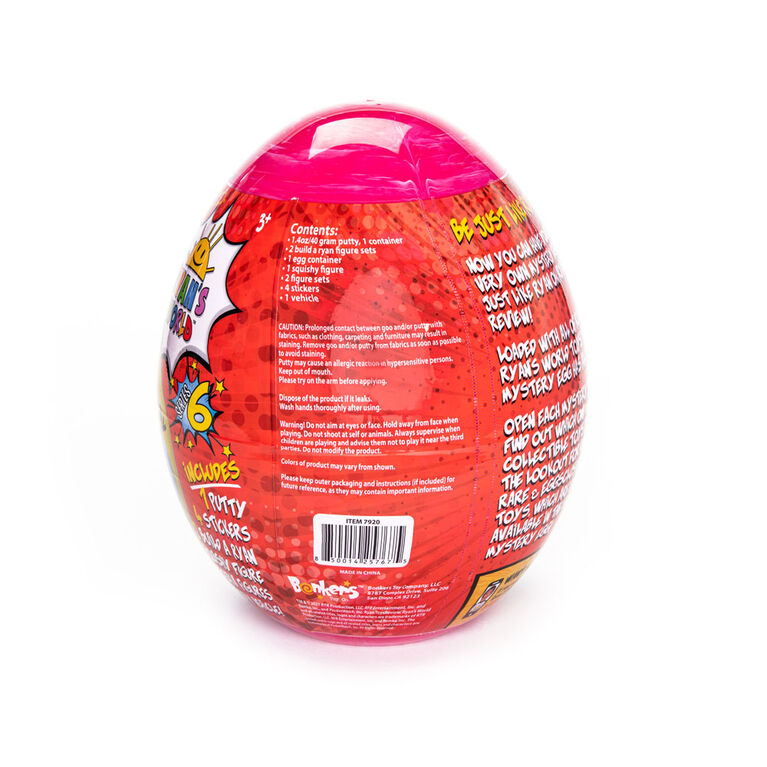 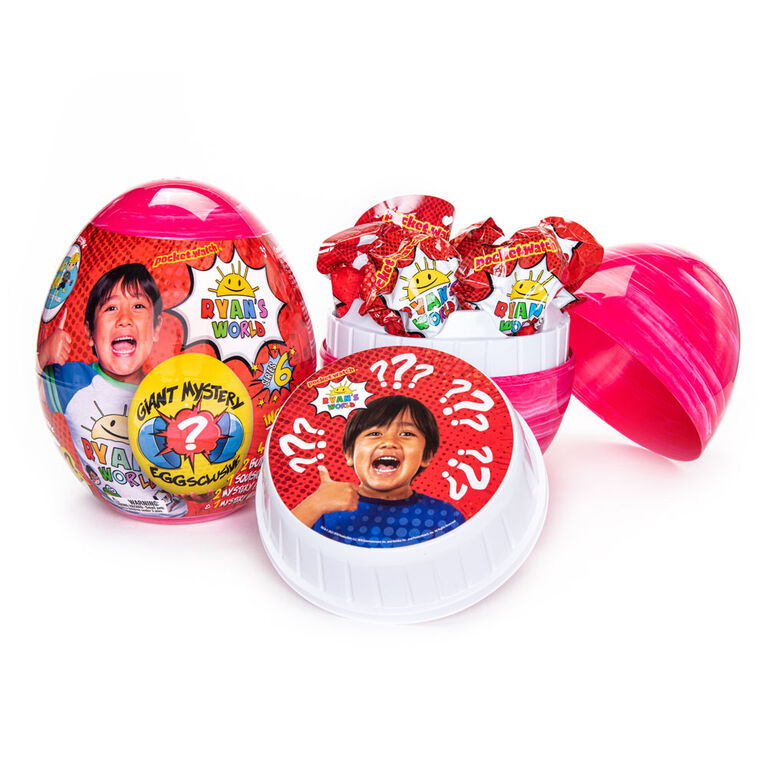 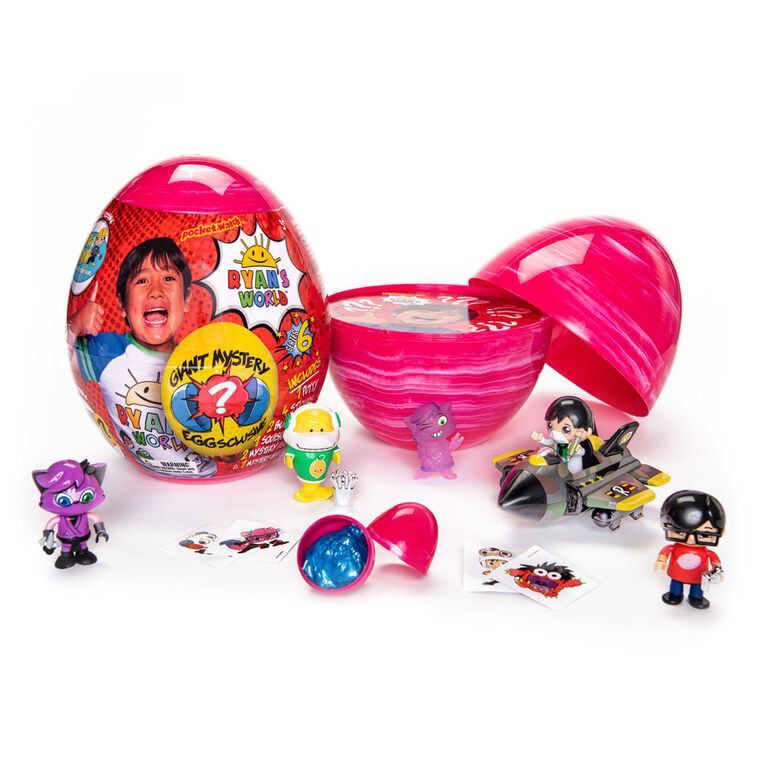 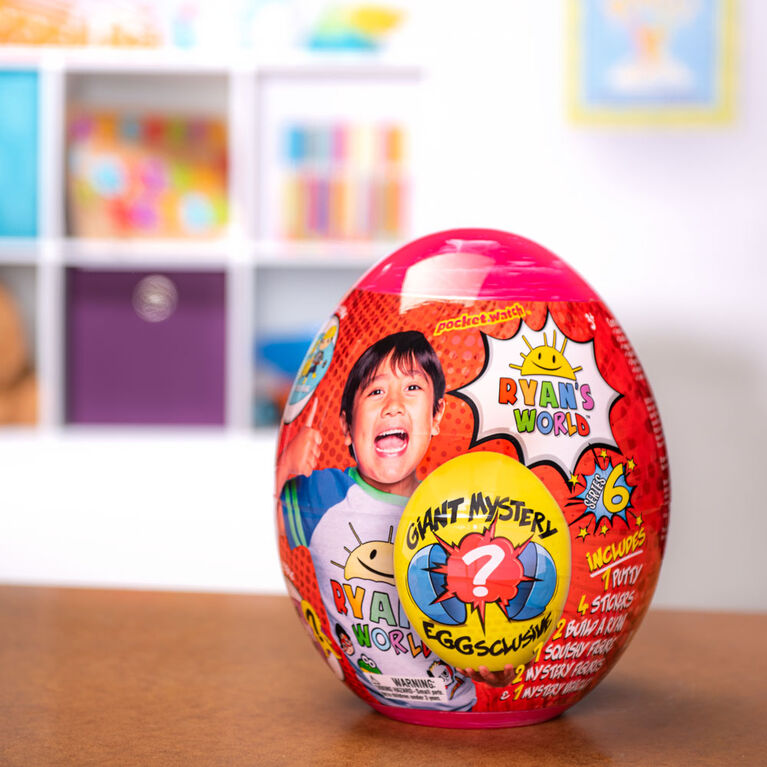 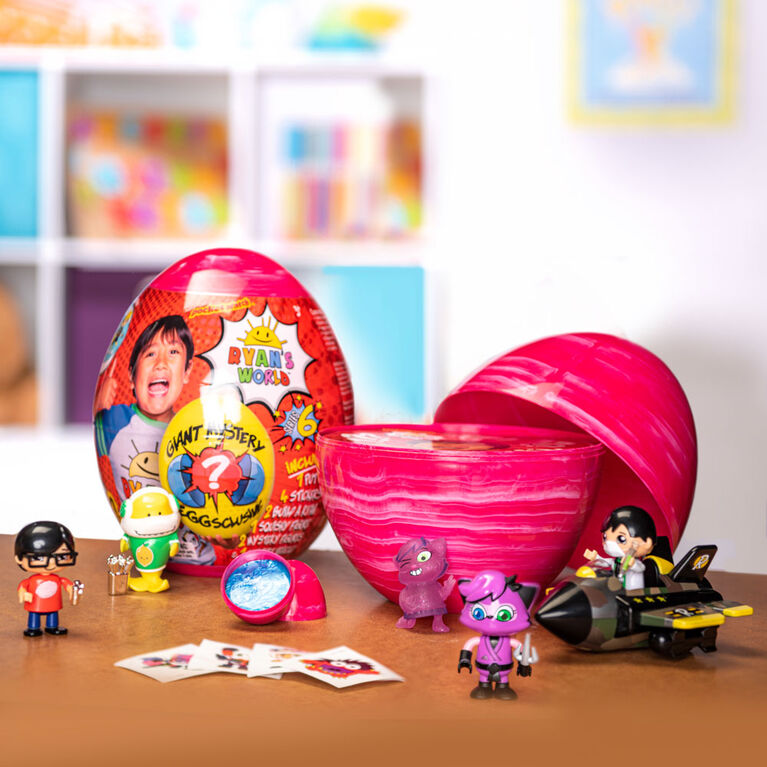 Pinch to zoom
The award-winning Ryan's World Giant Mystery Egg celebrates its 6th edition in Spring 2021. Kids can be just like Ryan from Ryan's World when they unbox their Giant Mystery Egg from Bonkers Toys! The Series 6 Egg features even more variety and surprises. Which vehicle will you get? The jet? The jet-ski? Or maybe the super-rare pizza vehicle? Also featuring a fun-filled assortment of Mystery Figures, Build-a-Ryan Figures, squishies, and stickers. Based on Ryan's World, the most popular kids YouTube channel on the planet Giant egg is filled with surprises including 1 of 3 new vehicles in a variety of colors, 2 ultra-rare figures, 2 Build-a-Ryan Figures, 1 squishy and stickers. Ages 3+