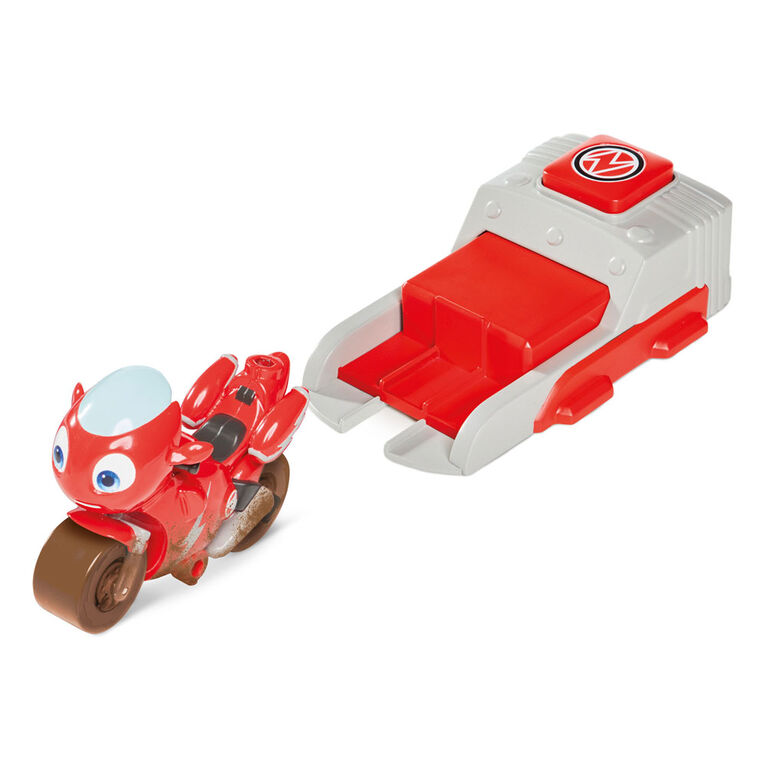 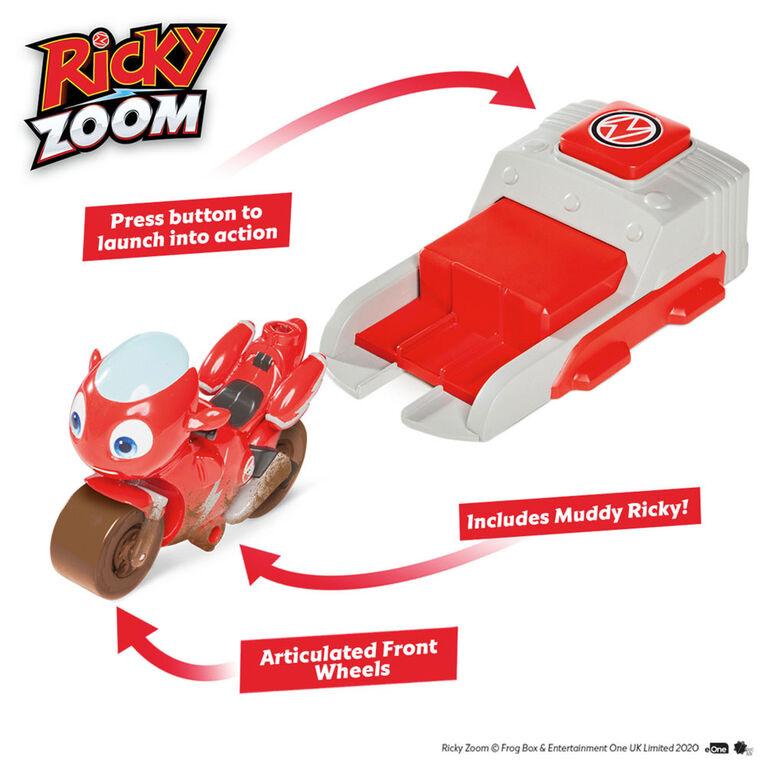 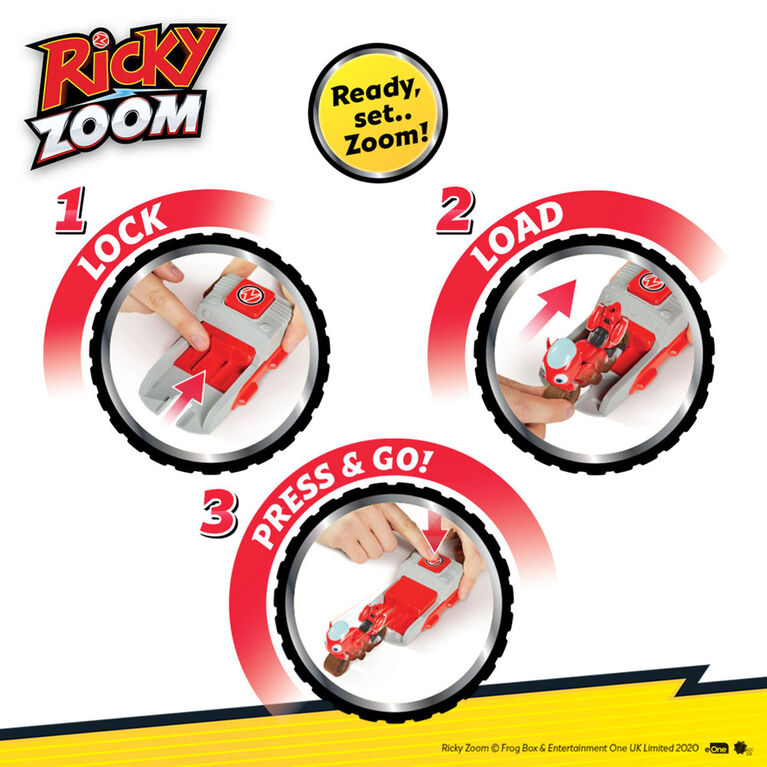 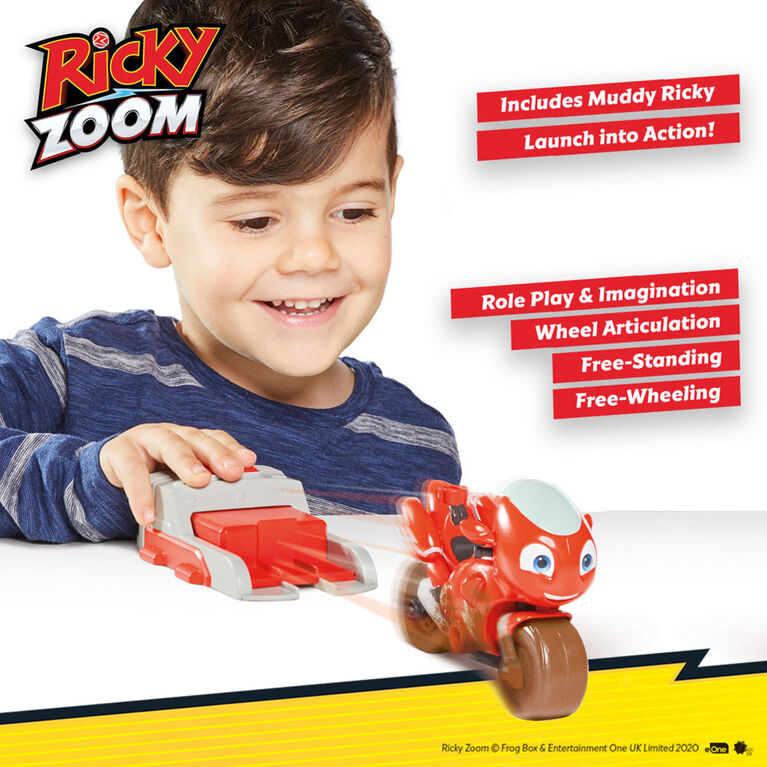 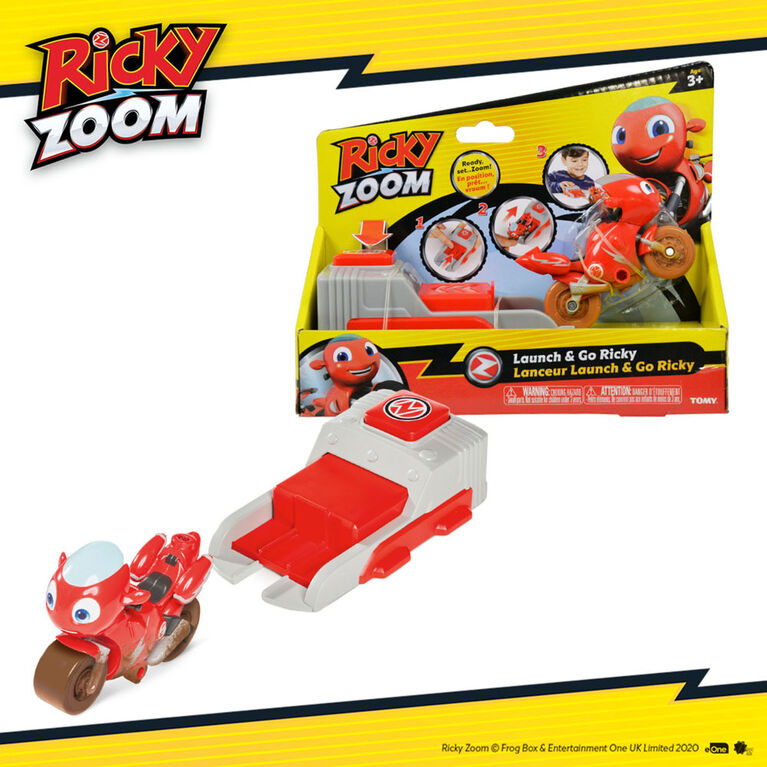 R Exclusive, only available at Toys R Us Canada. Ready, Set...Zoom! The Ricky Zoom Launch & Go is ready to give Ricky a burst of speed! Prime the launcher by sliding the cradle back, rest Ricky's rear wheel between the ridges and start your countdown! A press of the button is all it takes to launch Ricky off on his next adventure. This Launch & Go features Ricky with exclusive mud-splattered details you can't find anywhere else. With his expertly designed tires, Ricky Zoom has no problem standing steady when stopped, and his front wheels feature articulated movements that let him steer left and right where you point them.

There are plenty of Ricky Zoom toys from the world of Wheelford to discover, including both action figures and playsets. Each faithfully captures the spirit, energy and fun of the Nick Jr. Ricky Zoom cartoon and brings it all home to your own little Ricky Zoom fan.