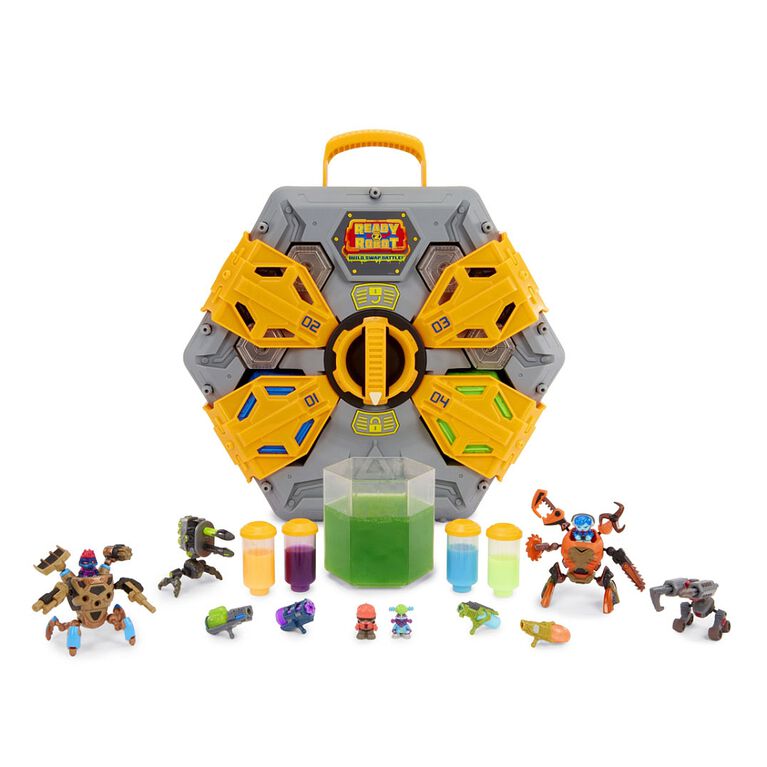 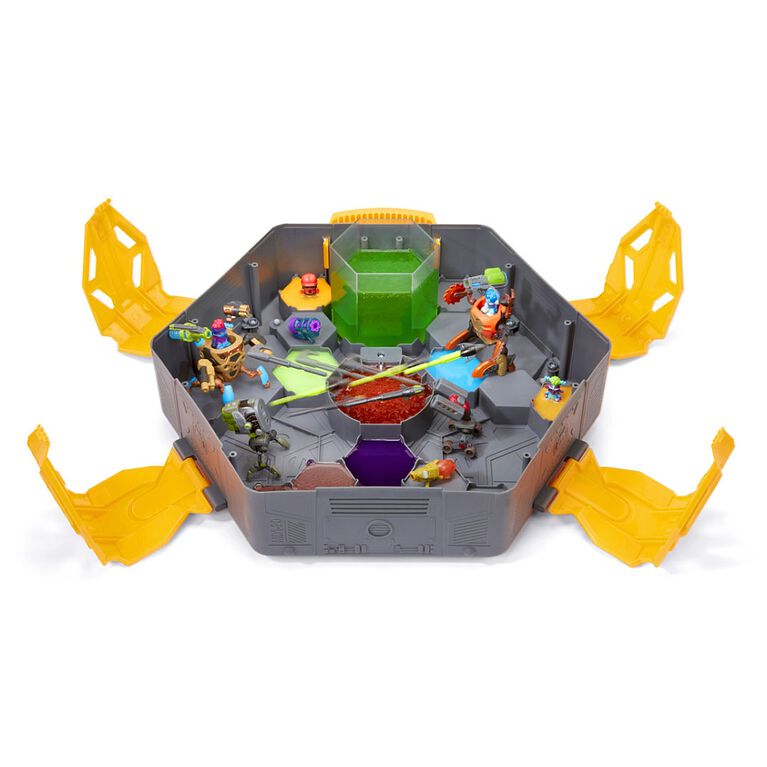 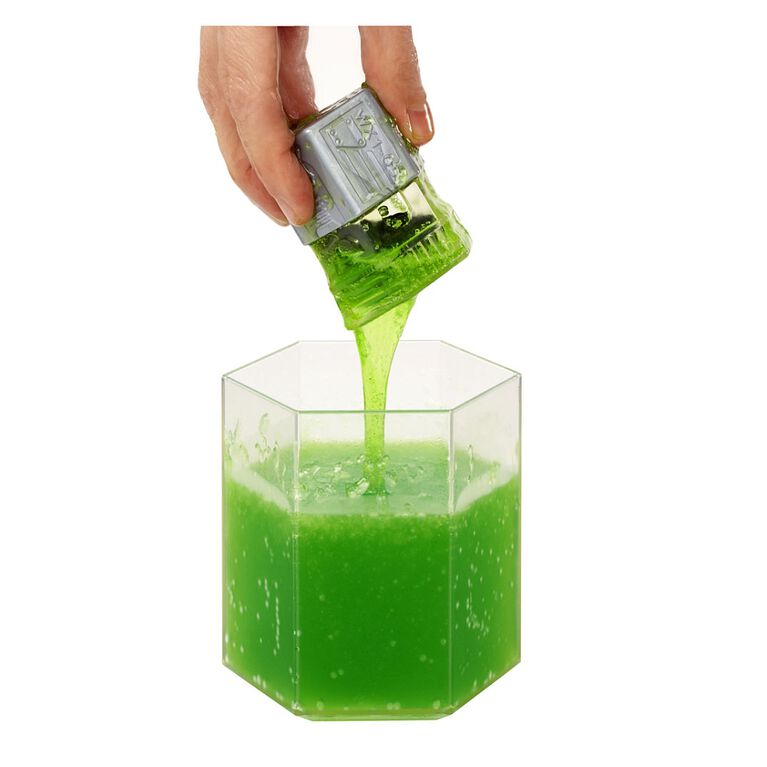 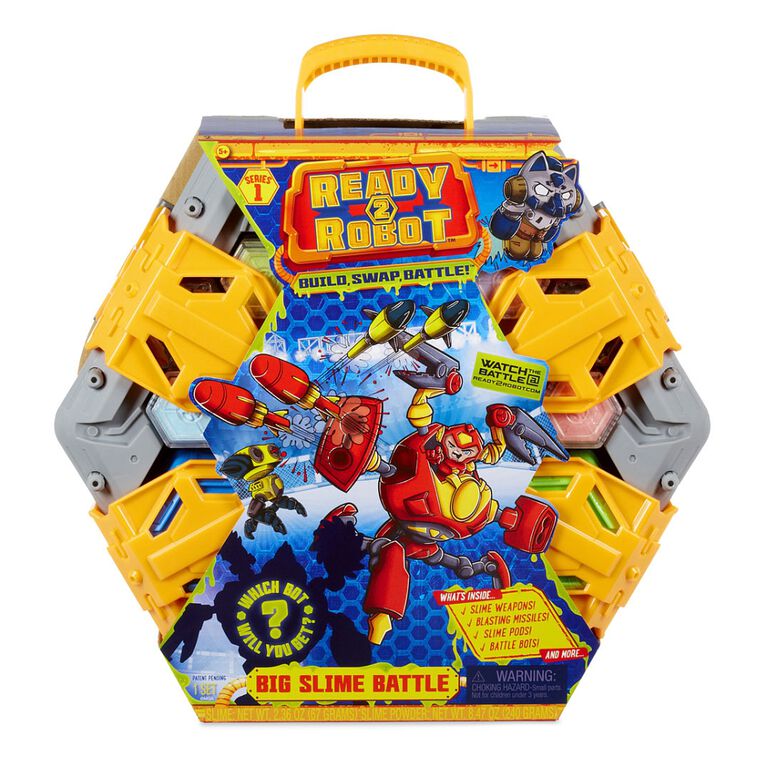 The only collectibles line for boys that lets you build, mix & match your own custom ‘bots, and battle your friends in a robot-brawl inside the Fightanium Arena. Unbox more bots, build your ultimate brawler and blast your way to becoming champion! Last bot standing gets the glory and the bragging rights!Ready2Robot Big Slime Battle provides everything you need to build, battle and SLIME your competition! Armed with 2 Mechbots, 6 Slime Pilots, 2 Bot Blasters, 4 Slime Weapons and a battle arena, the Big Slime Battle is the ultimate battleground. With over 10 hidden chambers to unlock and 40+ battle weapons and accessories, you can customize your Mechbots for battles in 100s of ways! Includes exclusive Slime Weapons in slime pods allowing you to slime your opponent.