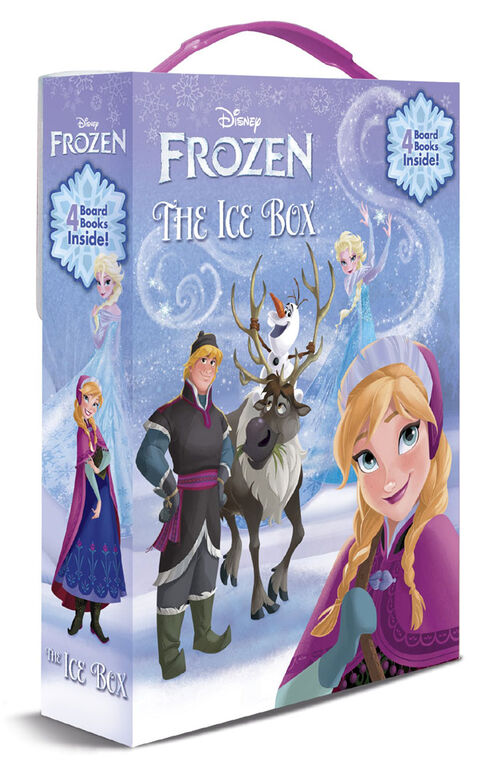 Pinch to zoom
Four Disney Frozen board books in a sturdy box with a handle for on-the-go fun!

Walt Disney Animation Studios, the studio behind Tangled and Wreck-It Ralph, presents Frozen, a stunning big-screen comedy-adventure. Fearless optimist Anna sets off on an epic journey-teaming up with rugged mountain man Kristoff and his loyal reindeer Sven-to find her sister Elsa, whose icy powers have trapped the kingdom of Arendelle in eternal winter. Encountering Everest-like conditions, mystical trolls, and a hilarious snowman named Olaf, Anna and Kristoff battle the elements in a race to save the kingdom. Based on Disney's Frozen, these four board books come in a sturdy box with handle so kids ages 2 to 5 can have frosty fun on the go!