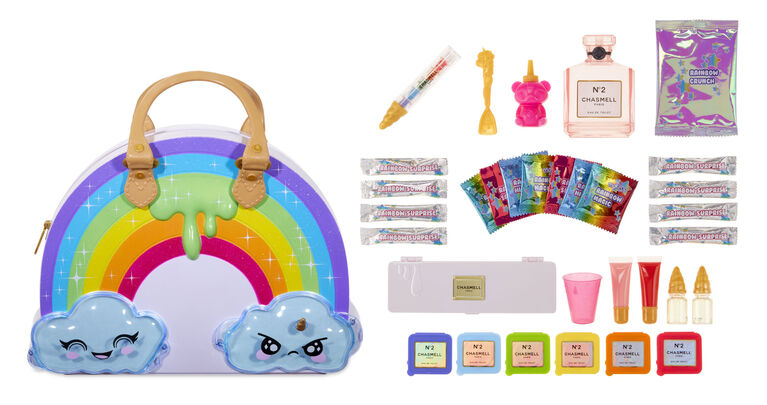 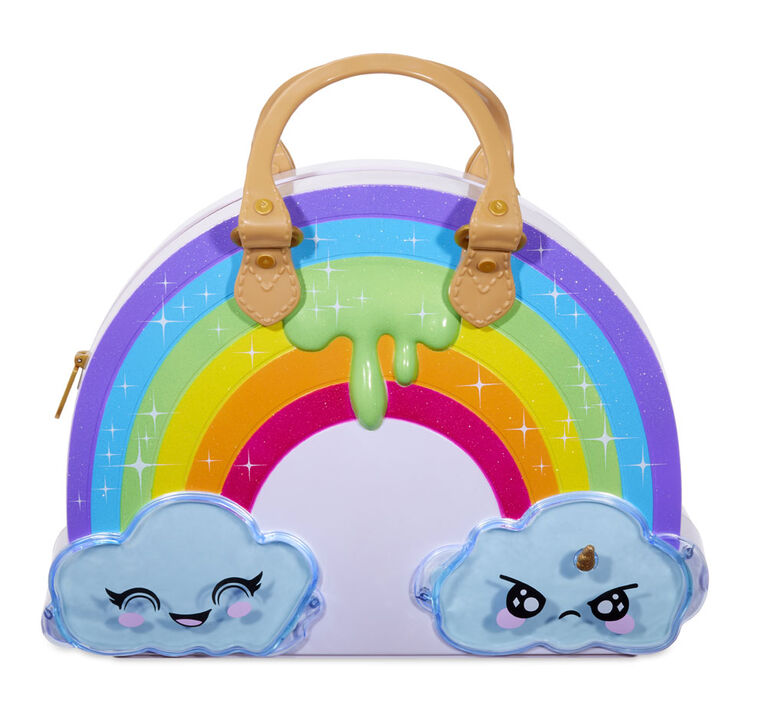 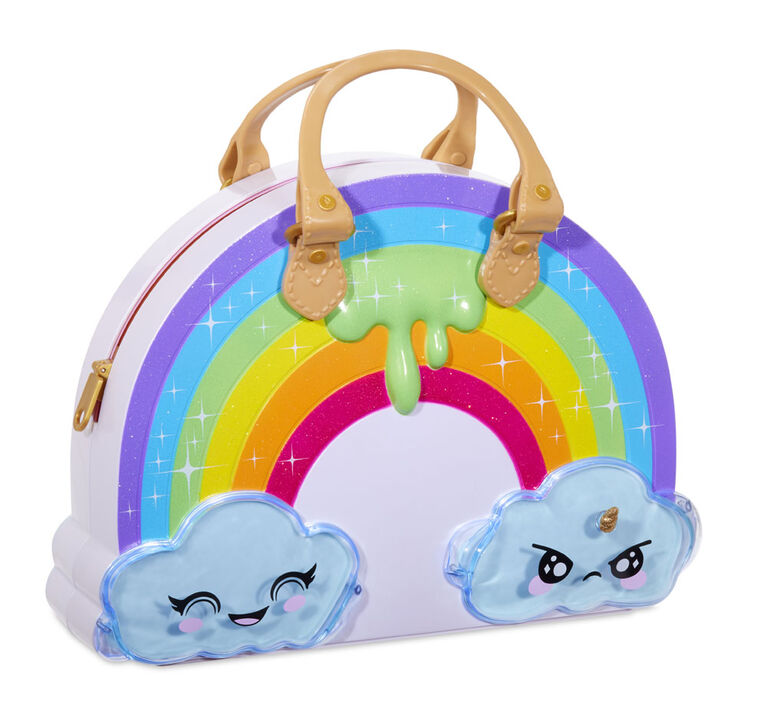 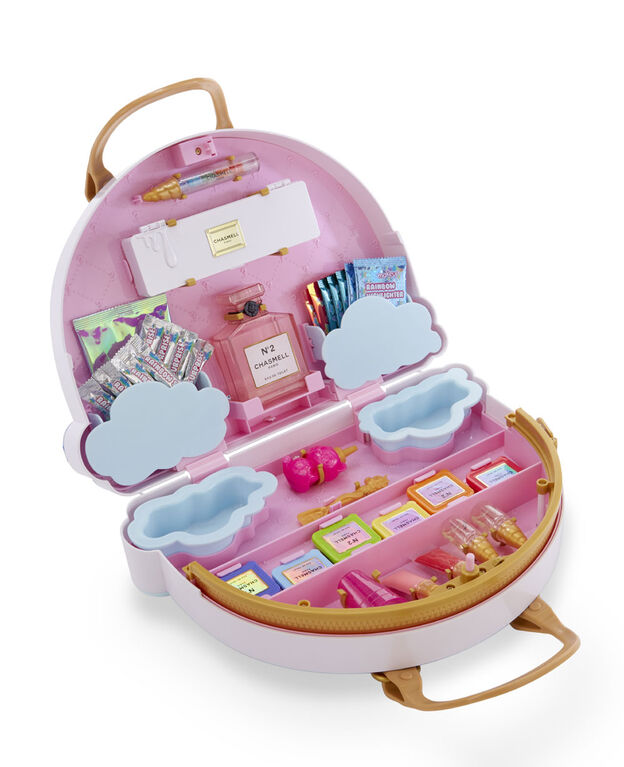 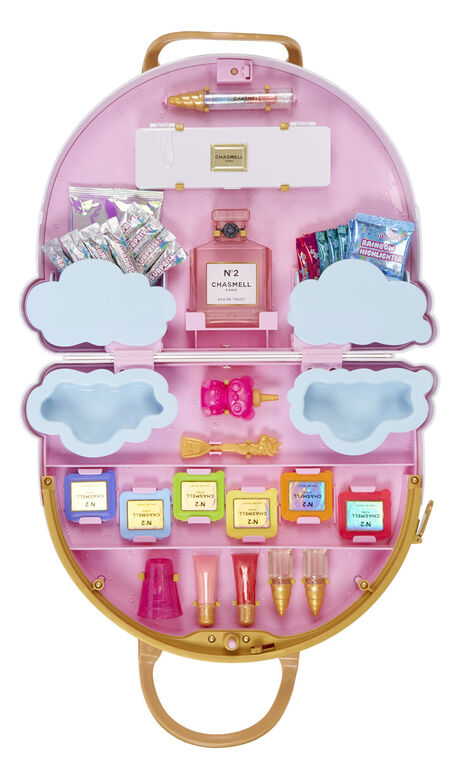 Pinch to zoom
Give slime a rainbow makeover with Poopsie Rainbow Slime Kit. Now, D.I.Y. slime can be customized in a whole new way - by mixing in makeup to create a beautiful rainbow of slimes. The Rainbow Slime Kit features 35+ surprises, including colorless D.I.Y. slime, along with a rainbow of lipsticks, lip glosses, and eye shadows to mix into slime to change the color. The beautiful rainbow of makeup can also be used on you, so both you and your slime get a makeover! Transform slime again by mixing in Rainbow Magic, Rainbow Sparkle, or Rainbow Crunch. Then, store slime in the included airtight storage case or in the adorable cloud compartments on the outside of the bag. The kit also includes 2 surprise scents, so the slime smells as amazing as it looks. Each Rainbow Slime Kit includes 9 D.I.Y. slime powders, 6 lipstick colors, 6 eyeshadows, 2 lip glosses, 2 highlighter packets, 3 Rainbow Magic packets, 2 Rainbow Sparkle, 1 Rainbow Crunch, 2 surprise scents, spoon, airtight container, measuring cup, and exclusive bottle.