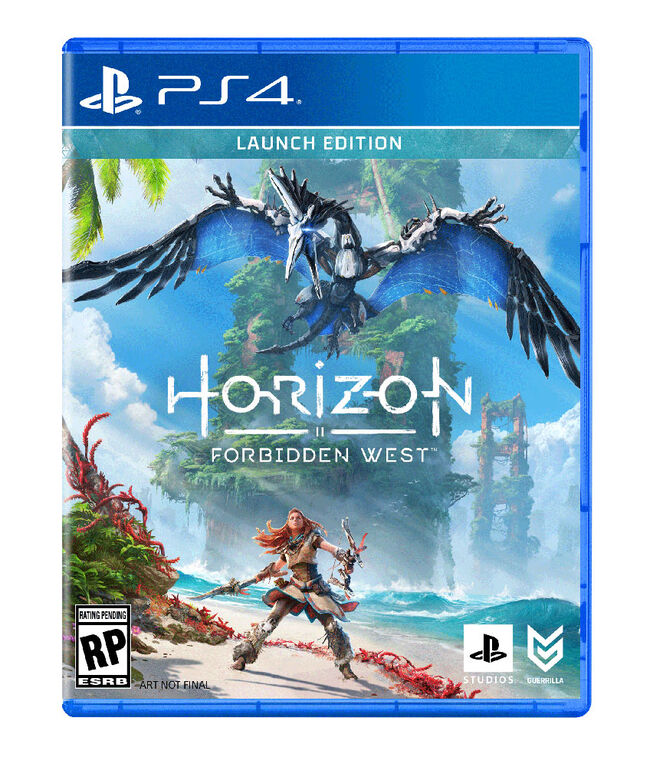 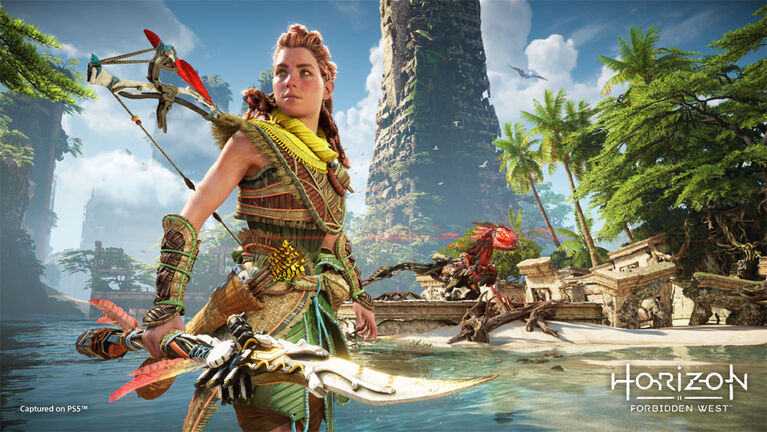 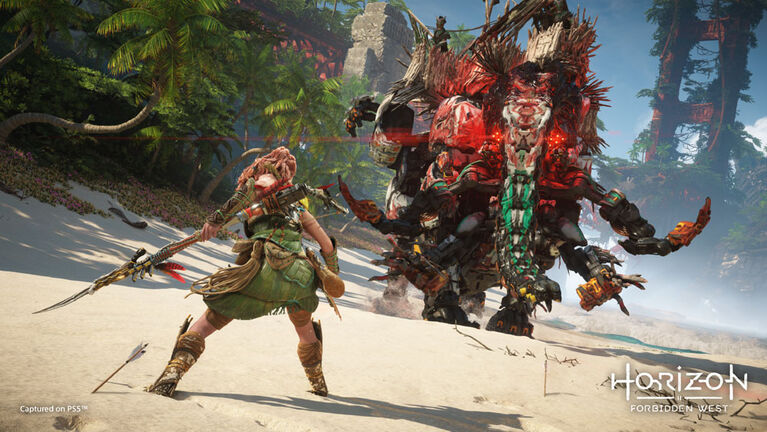 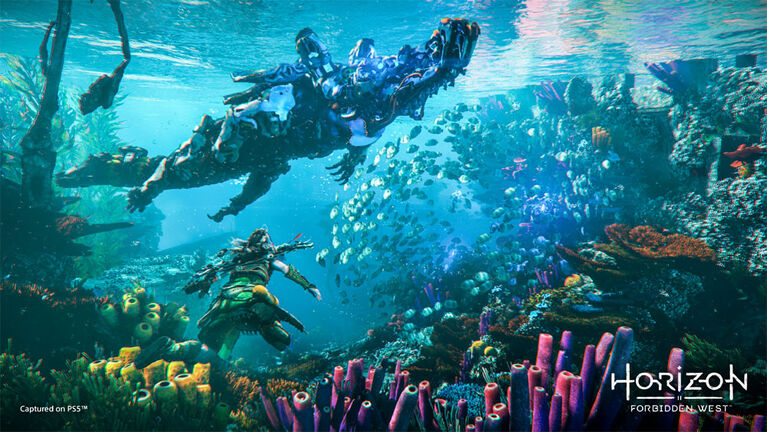 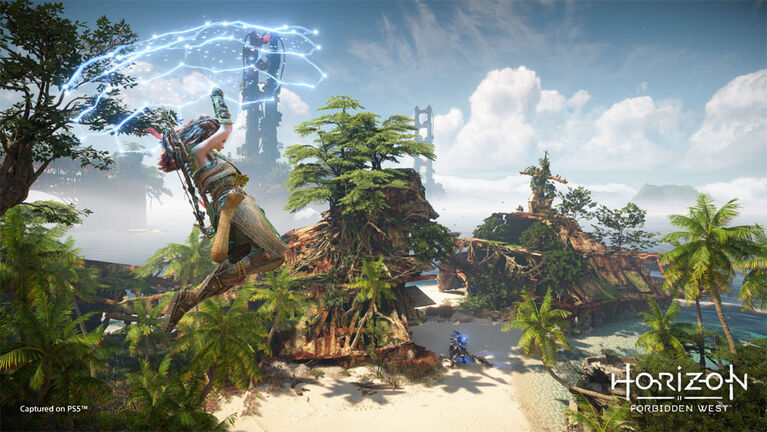 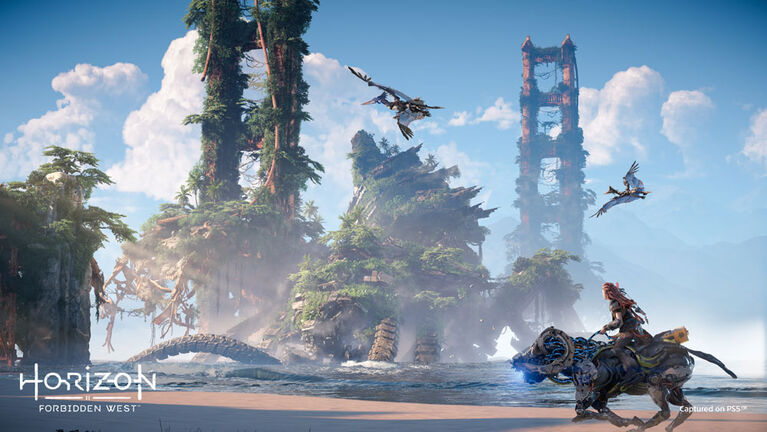 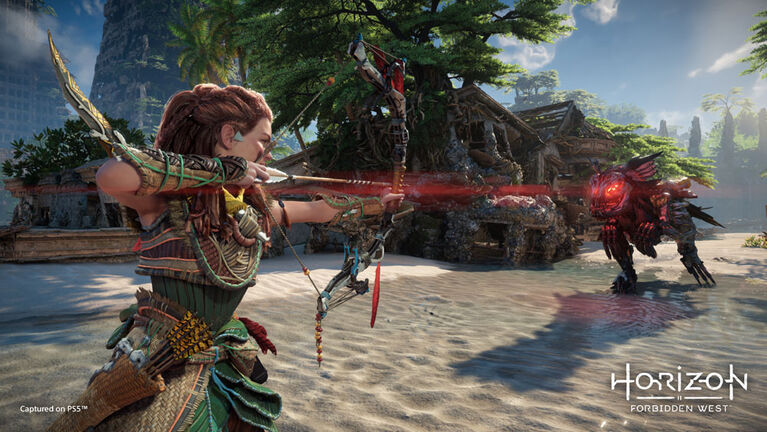 Pinch to zoom
Join Aloy as she braves the Forbidden West - a majestic but dangerous frontier that conceals mysterious new threats. Explore distant lands, fight bigger and more awe-inspiring machines, and encounter astonishing new tribes as you return to the far-future, post-apocalyptic world of Horizon. The land is dying. Vicious storms and an unstoppable blight ravage the scattered remnants of humanity, while fearsome new machines prowl their borders. Life on Earth is hurtling towards another extinction, and no one knows why. It's up to Aloy to uncover the secrets behind these threats and restore order and balance to the world. Along the way, she must reunite with old friends, forge alliances with warring new factions and unravel the legacy of the ancient past - all the while trying to stay one step ahead of a seemingly undefeatable new enemy.

A majestic frontier - explore the lush forests, sunken cities, and towering mountains of a far-future America.

Unravel startling mysteries - uncover the secret behind Earth's imminent collapse and unlock a hidden chapter in the ancient past... one that will change Aloy forever.

PS5 FEATURES: Fast-travel across the map and get back into the game almost instantly with the PlayStation5 console's ultra-high-speed SSD and fast load times.

Experience the vast world of Horizon Forbidden West in stunning 4K and HDR. ** From mountain tops to small sprigs of leaves, everything is realized to incredible detail at an enormous scale. Targeting 60FPS, Performance Mode further enhances smoothness of movement, animations, and controls.

Get closer to each fight Aloy takes on with the DualSense wireless controller's haptic feedback. Feel the sensation of blades of grass you brush past when making a stealth approach, melee swipes you make against machines and armored humans, and the directional impact from enemy attacks when you attempt to evade.

Enjoy a new level of immersion when you interact with different objects using the DualSense wireless controller's adaptive triggers. Feel the tension in the string of your bow, the pull of your new grappling tool and the resistance of the triggers on heavy tribal and mechanical weapons.

Listen to the landscapes of Horizon Forbidden West come to life around you with the PS5 console's Tempest 3D AudioTech with stereo headphones (analogue or USB). Hear vegetation rustle in the wind, birds flying overhead and large mechanical machines swimming in the water below as you explore environments teeming with wildlife and machines.

Free Shipping when you spend $49. Shop Toys”R”Us and Babies”R”Us in 1 easy checkout!
Promotion details
Free Shipping when you spend $49. Shop Toys”R”Us and Babies”R”Us in 1 easy checkout!
Offer applies to selected items for delivery by regular standard shipping only and excludes delivery to some remote locations. Up to the maximum of $20 shipping value. Any shipping expense over this $20 per order maximum amount will be charged to your order. Free Shipping applies only to orders with qualifying merchandise greater than $49 and does not apply to gift cards. Free Shipping offer excludes all large SHIP ALONE items, such as; Strollers, Car Seats, Gym sets, houses, large play sets and bikes, all large furniture items and other select items. Toysrus.ca offers "Free Shipping" on select items throughout the site. The shipment of orders to certain remote locations is excluded from these offers. In these instances, the standard delivery charge will be visible during the checkout process. On some products, special handling fees may still apply. If your order contains items that are ineligible for "Free Shipping", you will be charged for those items. Add item to your shopping cart and proceed to checkout to receive discount. While quantities last. Offer valid only while supplies last and not applicable to canceled orders due to out-of-stock merchandise. Discount not applicable with returned merchandise; total discount will be deducted from the value of any returned item to which the discount applied. This offer is not valid on previous purchases. This promotional offer may be modified or terminated at any time without notice. We reserve the right to cancel any order due to unauthorized, altered, or ineligible use of a discount.
Our recommended Age: 13 - 18 years
ESRB Rating: Teen - 13 years and up
Our recommended Age