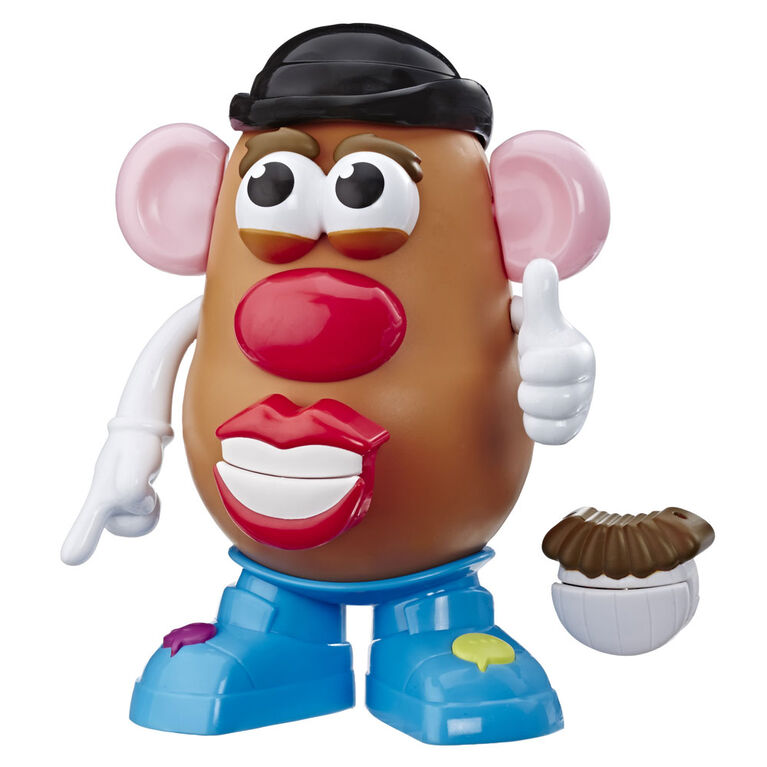 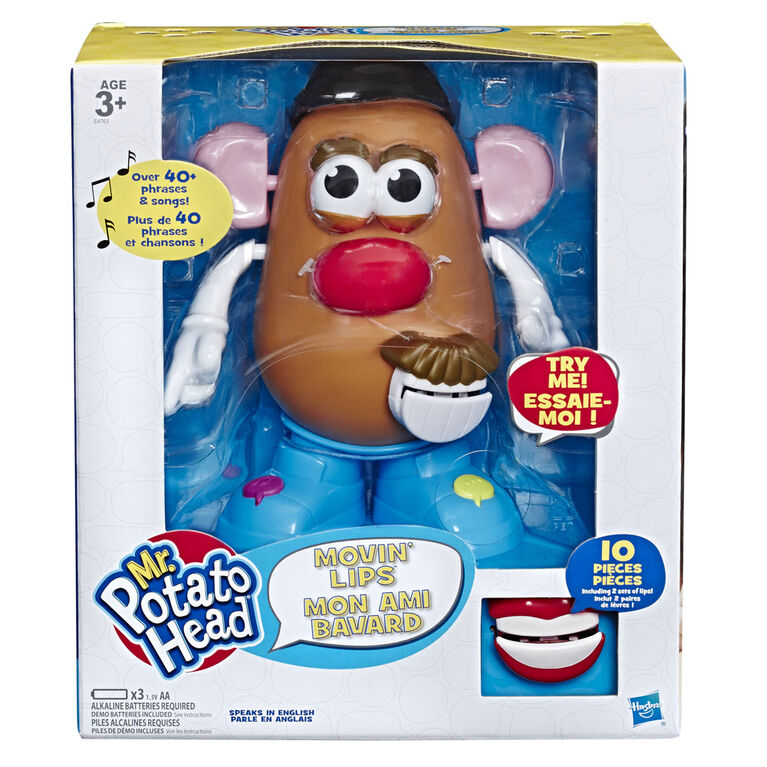 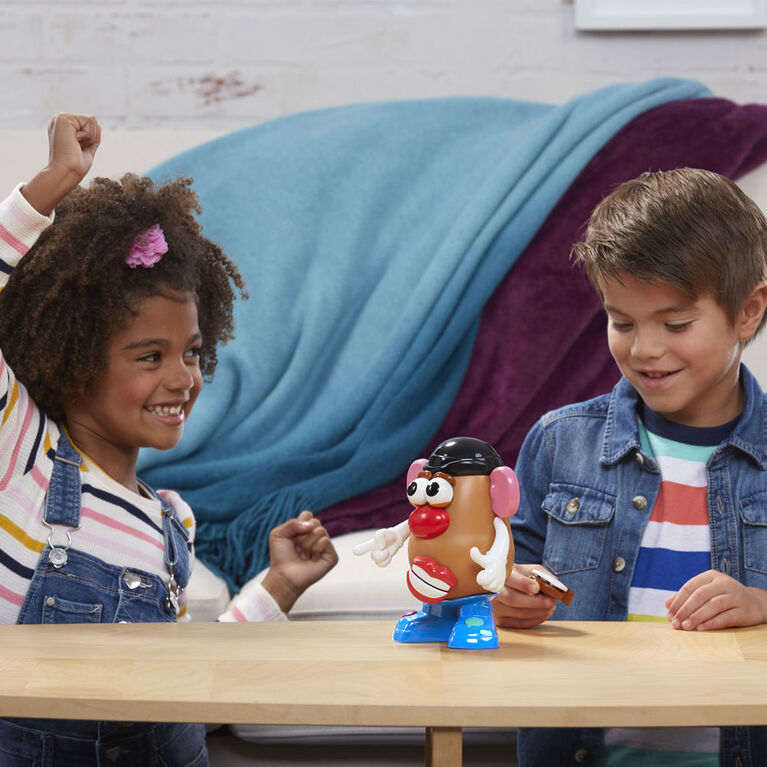 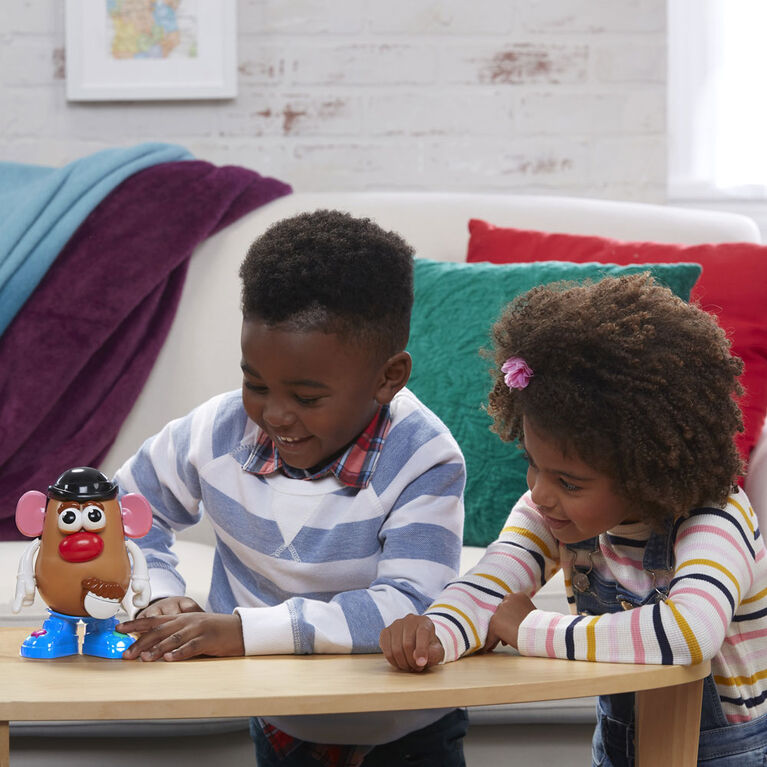 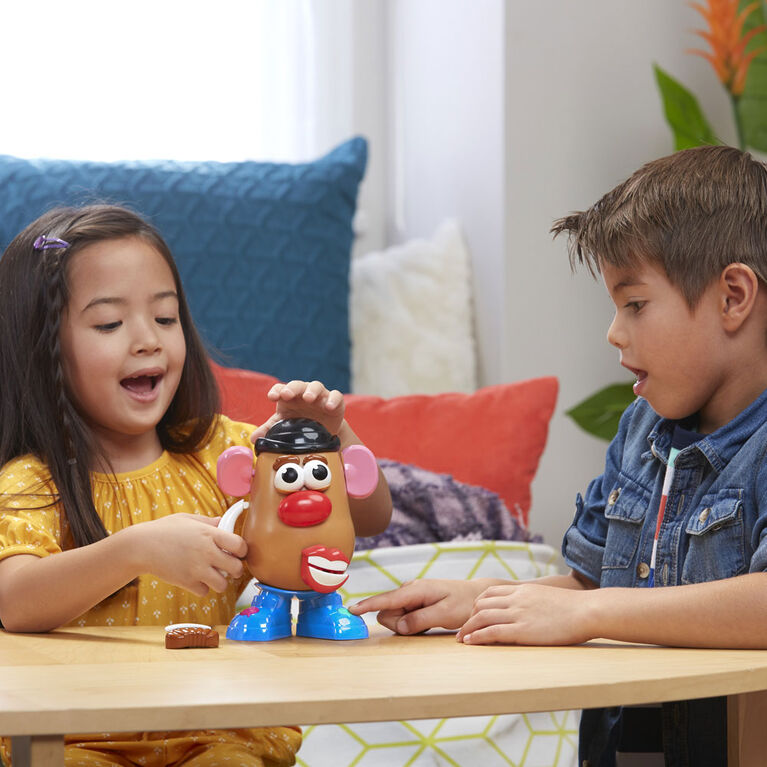 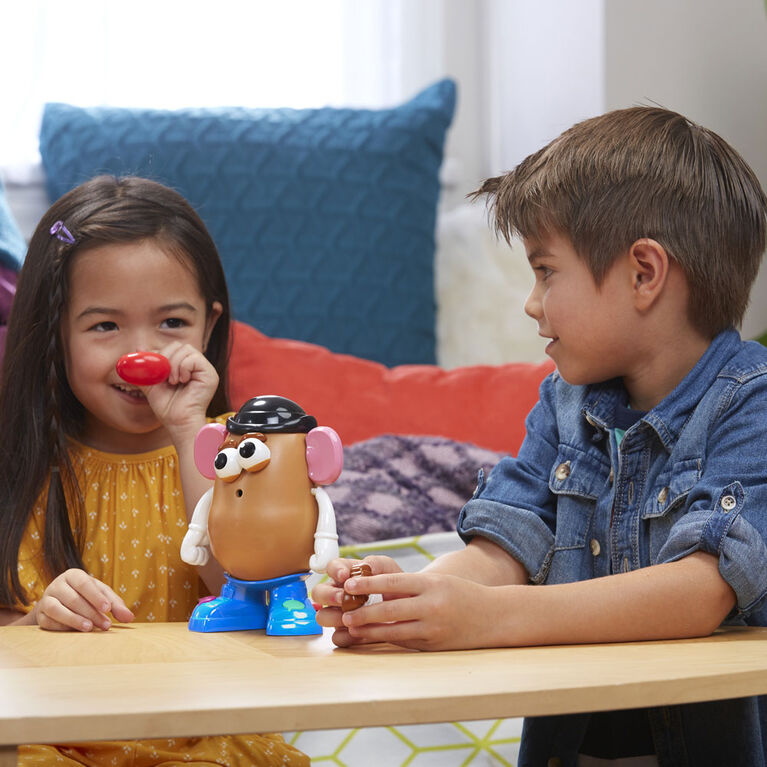 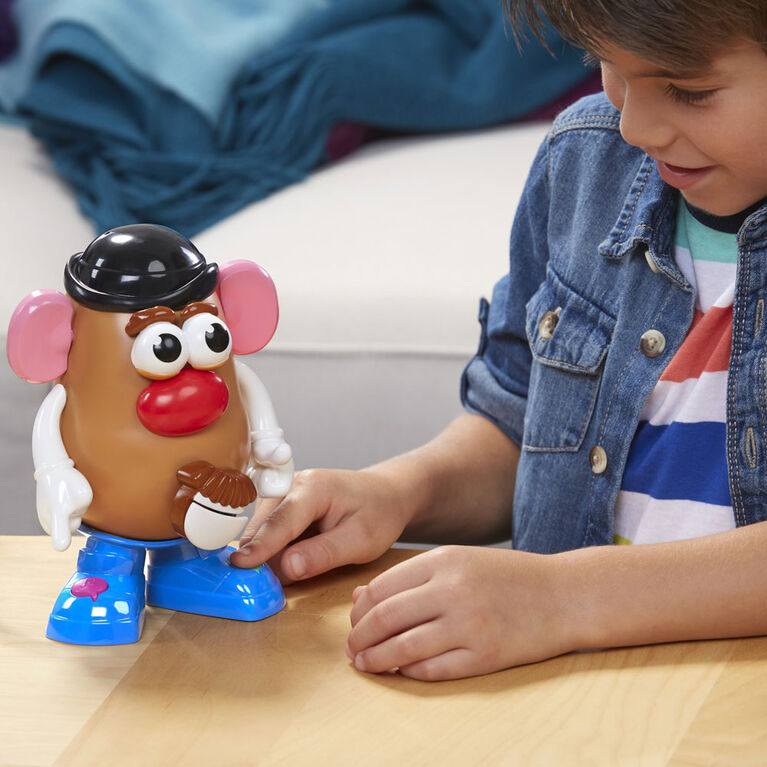 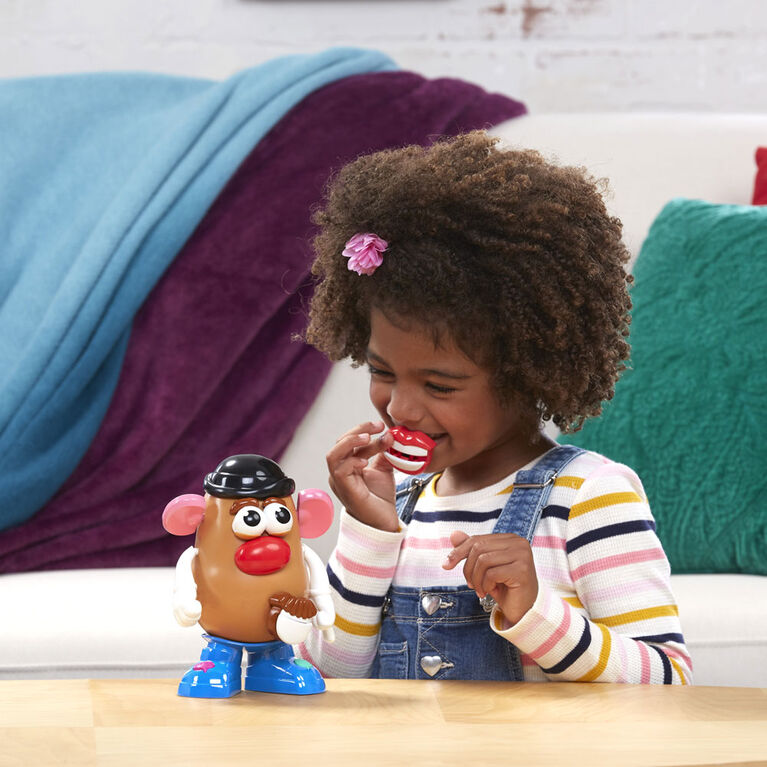 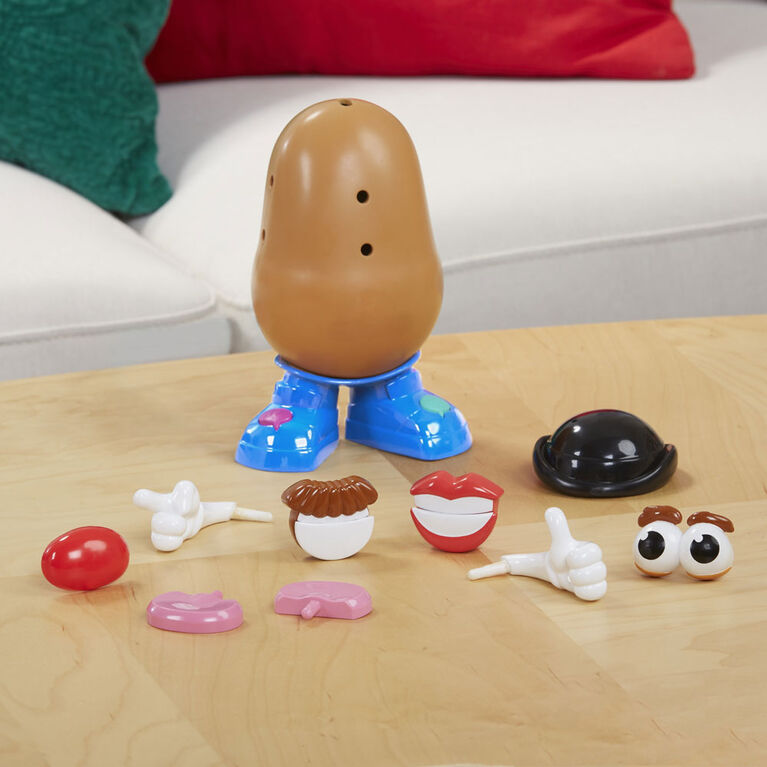 Who knows what Mr. Potato Head will say -- or sing -- next? This interactive talking toy is fun and entertaining for kids as well as adults. Just attach his mouth and press the buttons -- his lips synchronize to wacky songs and some really funny phrases! The talking toy features over 40 phrases and 4 parodies to popular songs, including a parody of the song ""Lips Are Movin"" by Meghan Trainor. Kids ages 3 and up can experience the same mix and match play with a lot more to say with Mr. Potato Head Movin' Lips! It comes with a Mr. Potato Head, 2 arms, 2 ears, eyes, nose, hat, and 2 mouths for a ton of tater fun. Batteries included.

Mr. Potato Head and all related characters are trademarks of Hasbro.