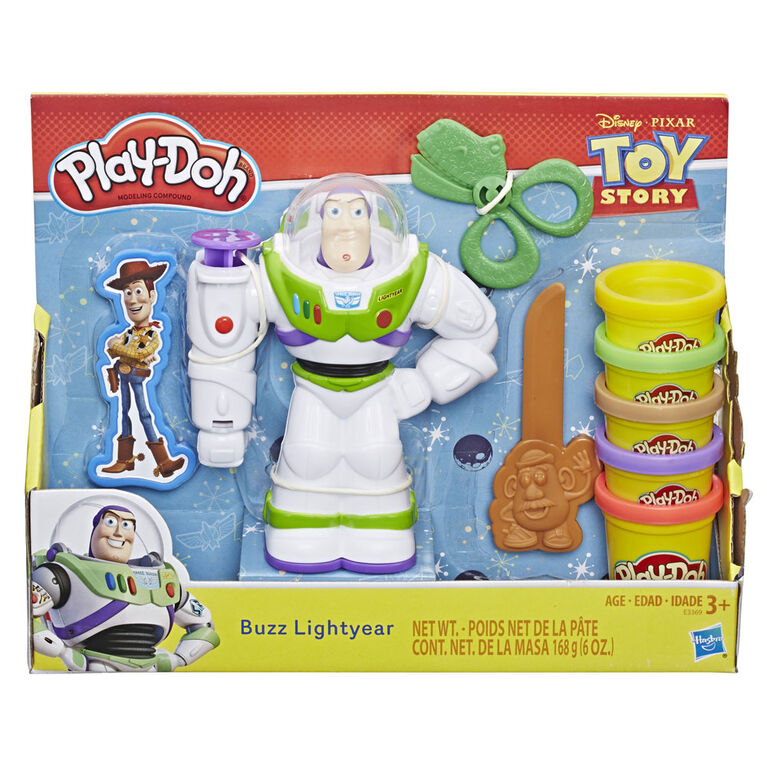 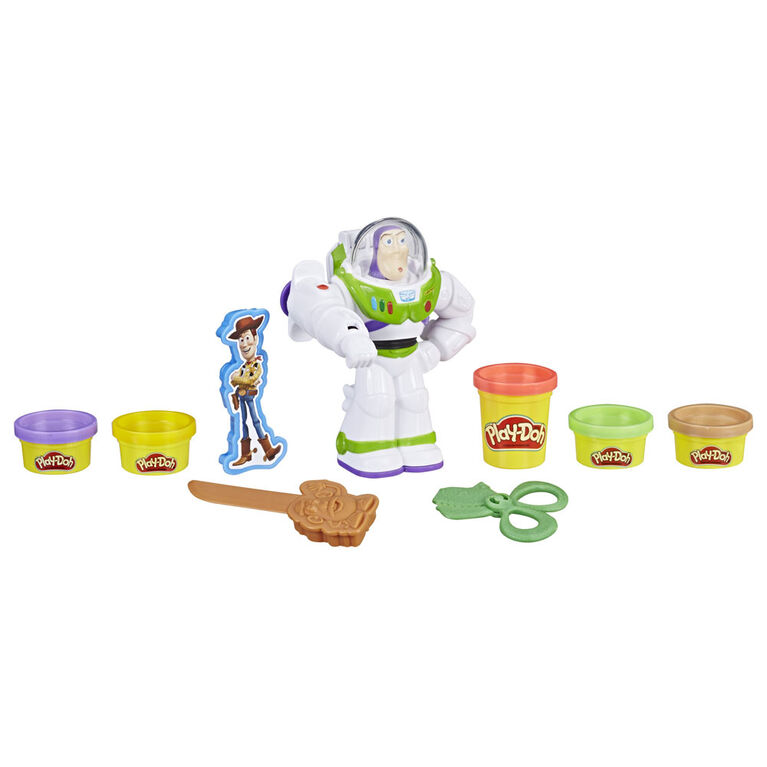 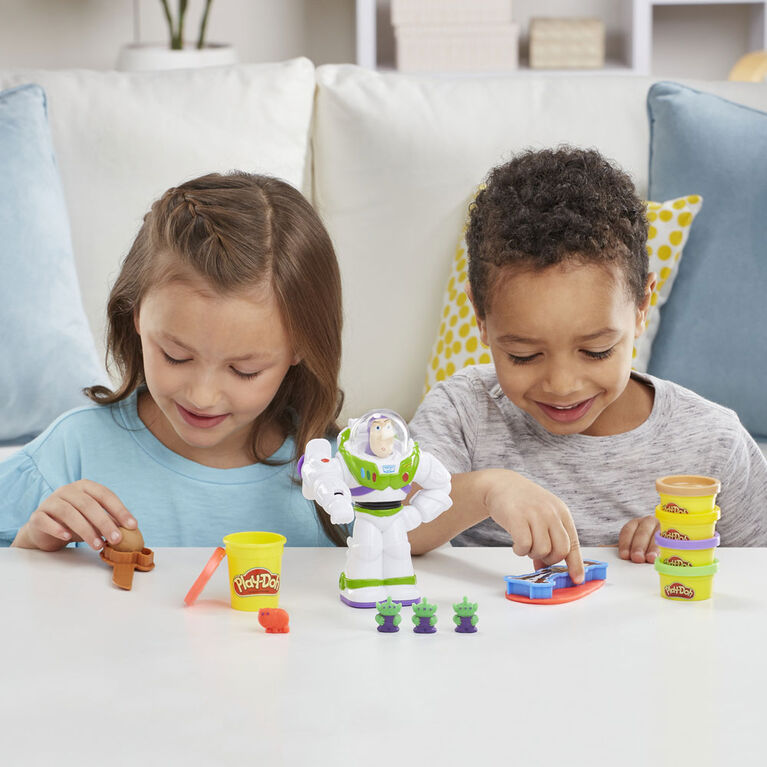 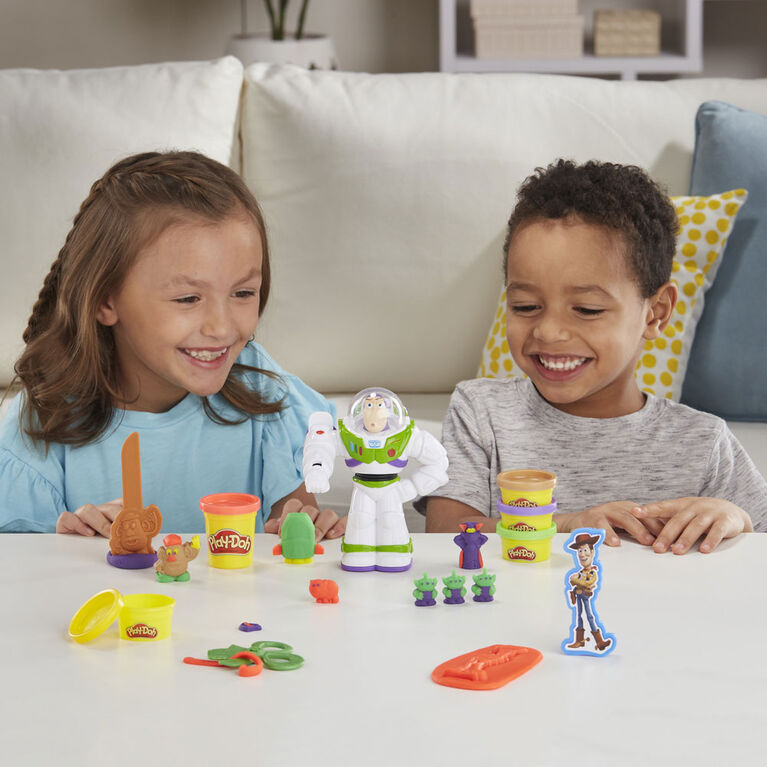 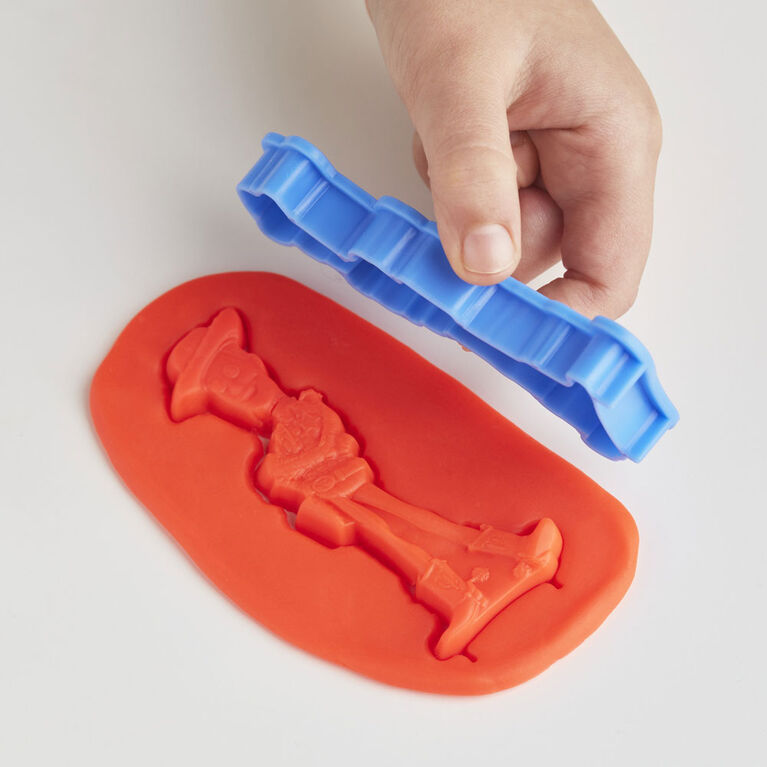 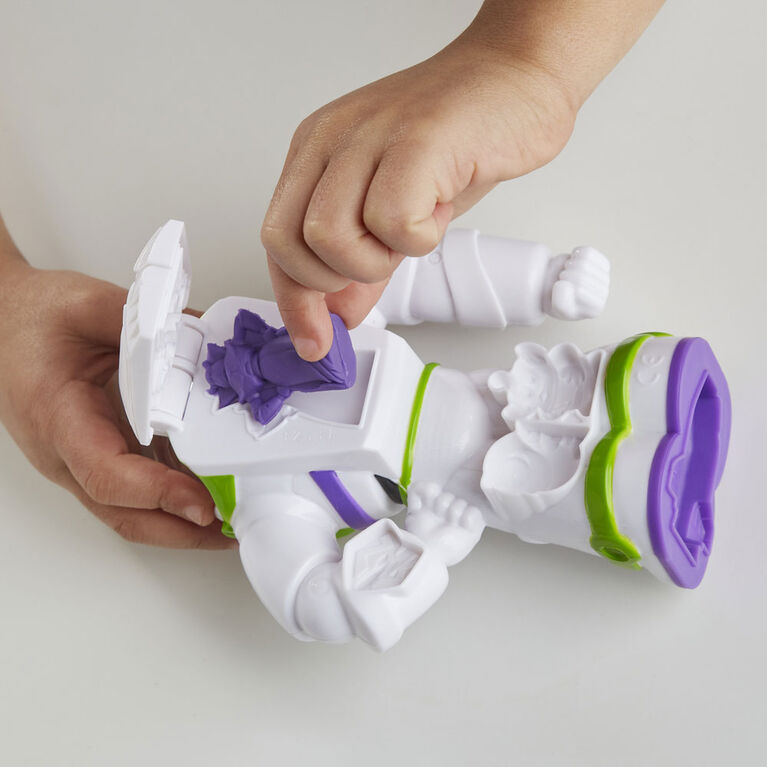 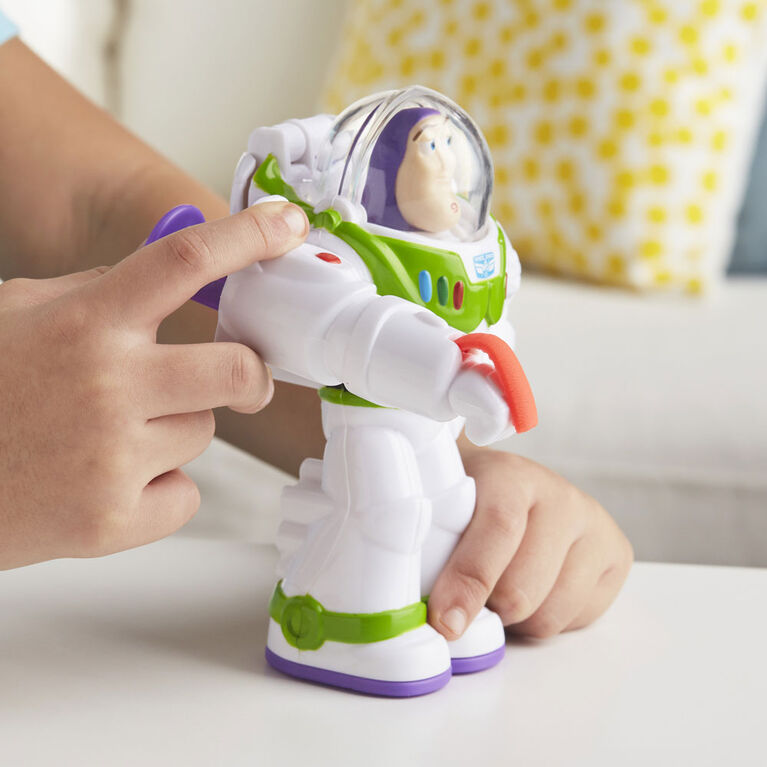 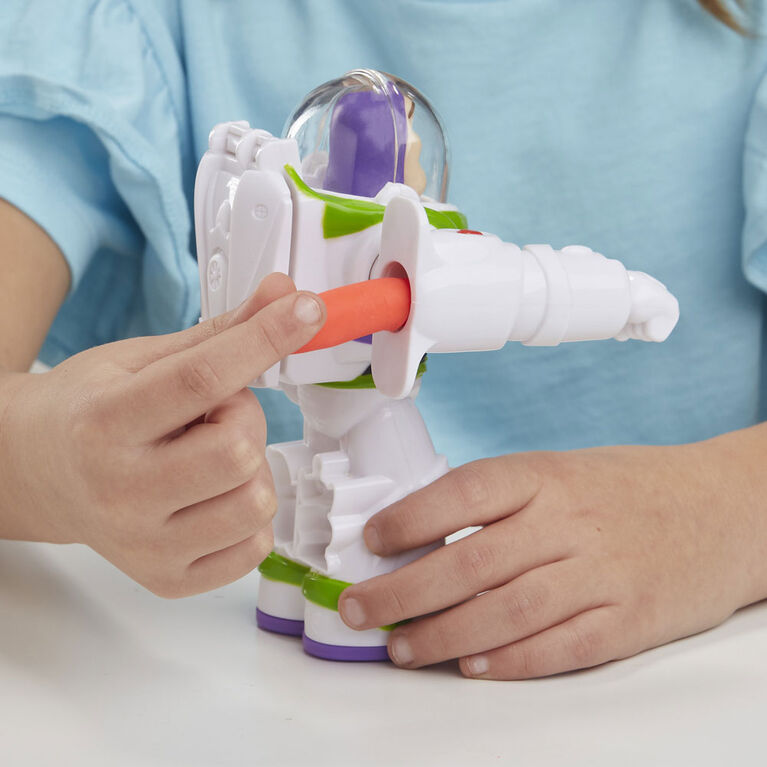 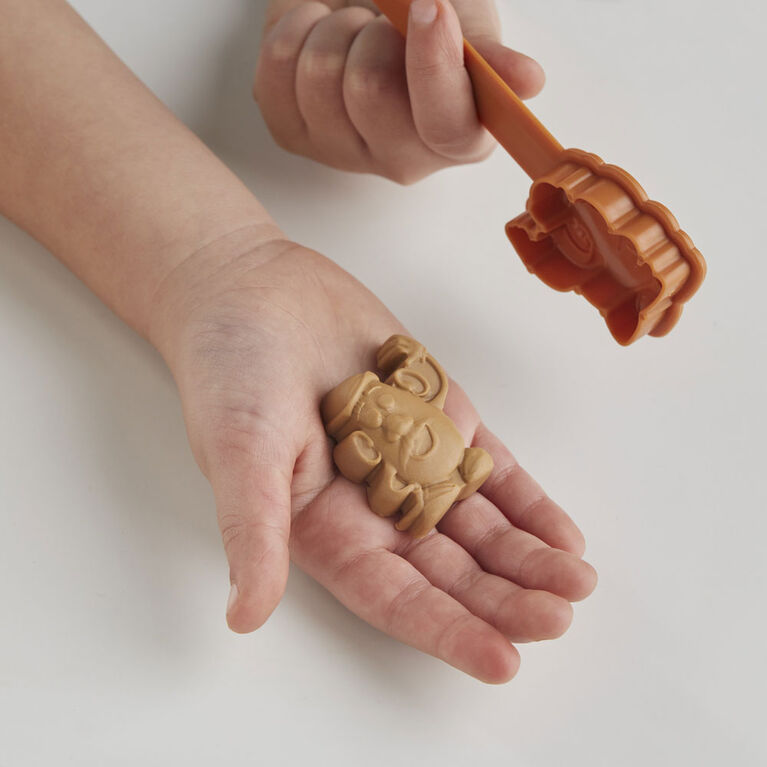 To infinity and beyond! Kids can experience the magic of Disney's Toy Story with their very own Buzz Lightyear toy and squishy, hands-on Play-Doh fun. The Buzz Lightyear figure can squeeze silly, wiggly lasers from his laser beam and create Hamm, the aliens, and other fun shapes with the half-molds on his suit. Open up his communicator to make a 3D mold of Evil Emporer Zurg! Rex has turned into a silly pair of scissors (don't worry - they're plastic!) and Woody joins in as a stamper. There's also a Mr. Potato Head knife that also features a mold to create everyone's favorite spud! With 5 Play-Doh colors including 1 standard two-ounce and 4 small one-ounce cans, there's plenty of colorful fun to play Toy Story again and again!

Now kids can let their imaginations go to infinity and beyond with their own Buzz Lightyear toy
Squeeze silly Play-Doh laser beams and open his communicator to shape Evil Emperor Zurg
Create Woody, Mr. Potato Head, Hamm, and the squeeze toy aliens with the stamps and molds
Rex has been reimagined as a silly pair of plastic scissors to cut Play-Doh compound
Includes 5 Play-Doh colors: 1 standard-sized two-ounce can and 4 small one-ounce cans

Copyright Disney/Pixar.
Hasbro, Play-Doh and all related terms are trademarks of Hasbro.

Ages 3 years and up
Notice to Parents: Contains Wheat.
Non-Toxic. Conforms to: ASTM D-4236.
Compound not intended to be eaten.
Product and colors will vary.
To clean, allow to dry, then scrape or vacuum.
Molded results vary depending on child's age and level of skill.