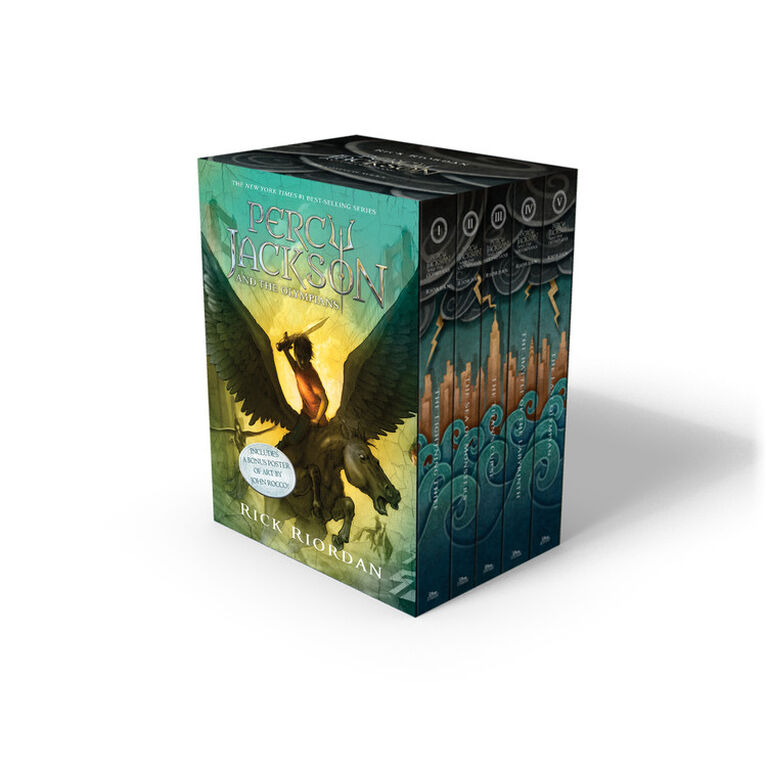 Pinch to zoom
All five books in the blockbuster Percy Jackson and the Olympians series, in paperback, collected in a boxed set fit for demigods, complete with a bonus poster!
Now with glorious new cover art and packaged with a special poster, this value-priced set includes the best-selling The Lightning Thief, The Sea of Monsters, The Titan's Curse, The Battle of the Labyrinth, and The Last Olympian.
Accompany the son of the sea god Poseidon and his other demigod friends as they go on a series of quests that will have them facing monsters, gods, and conniving figures from Greek mythology. Do they have what it takes to save the Olympians from an ancient enemy?
Whether it is for readers who are experiencing Percy's funny and thrilling adventures for the first time, or for fans who want to devour the saga again, this gift will be prized by readers aged 8-80.
This beloved series, read in schools across the world, has inspired two motion pictures and a Broadway musical. It is currently in development for a television series on Disney+,