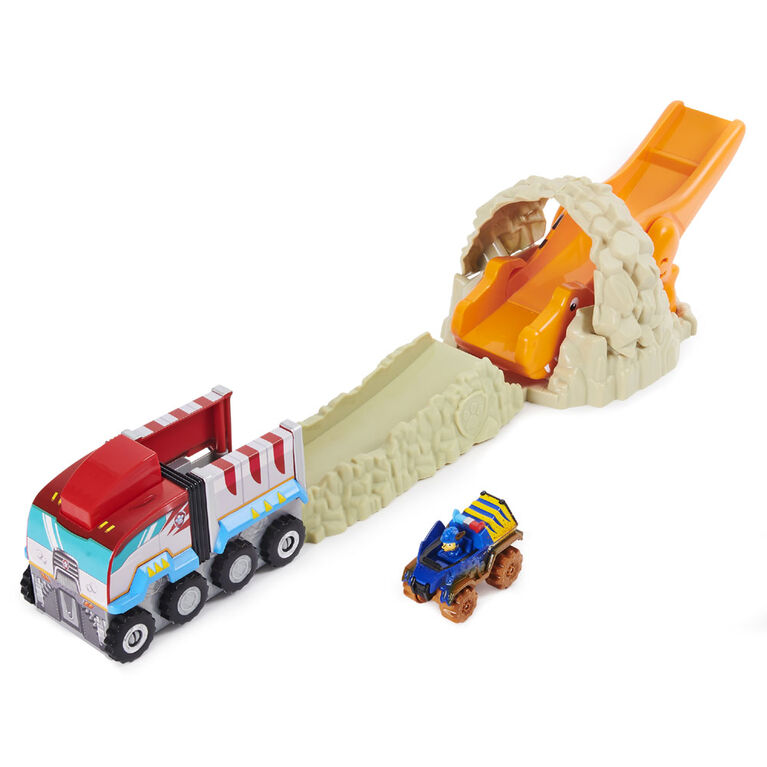 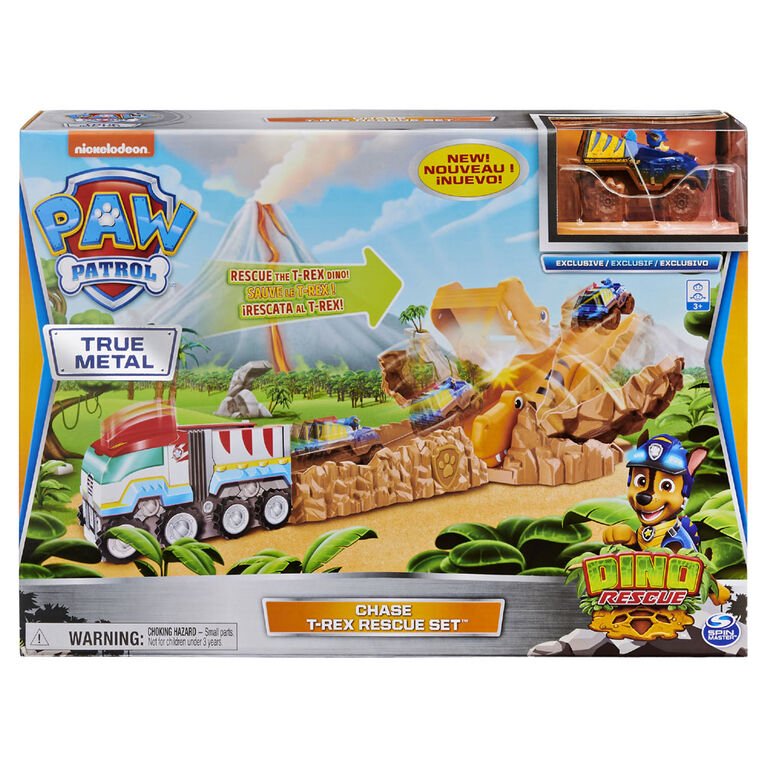 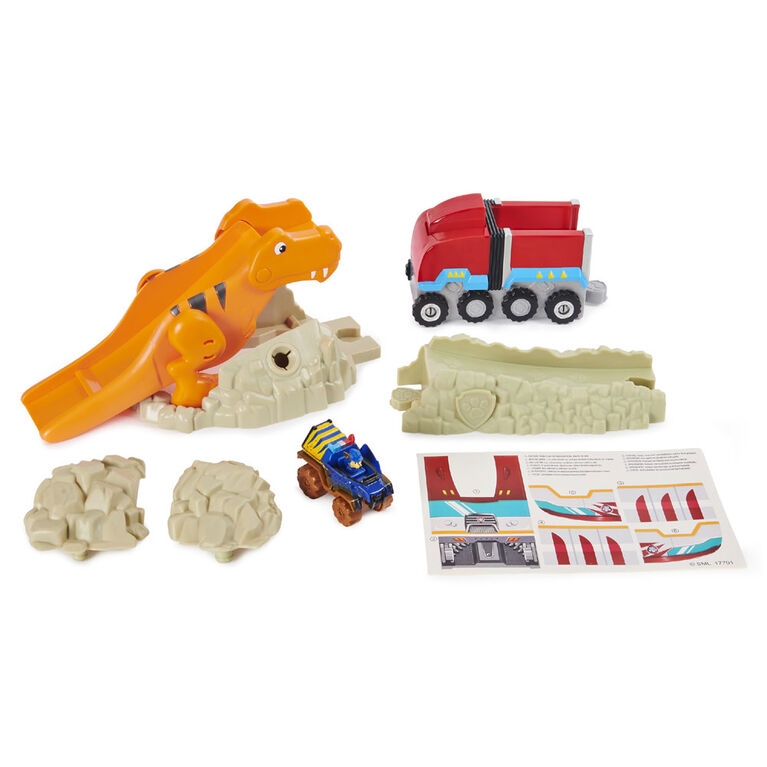 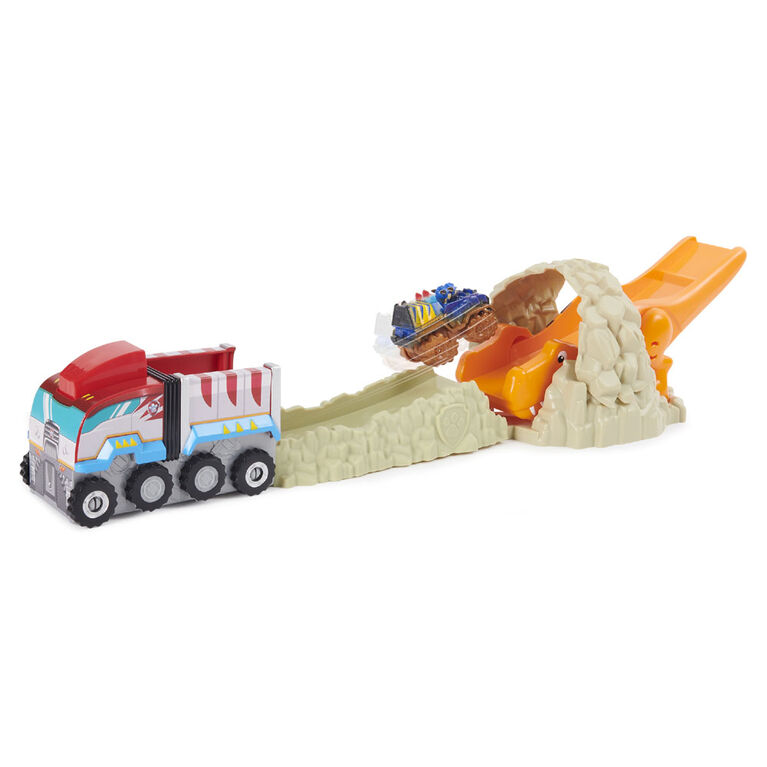 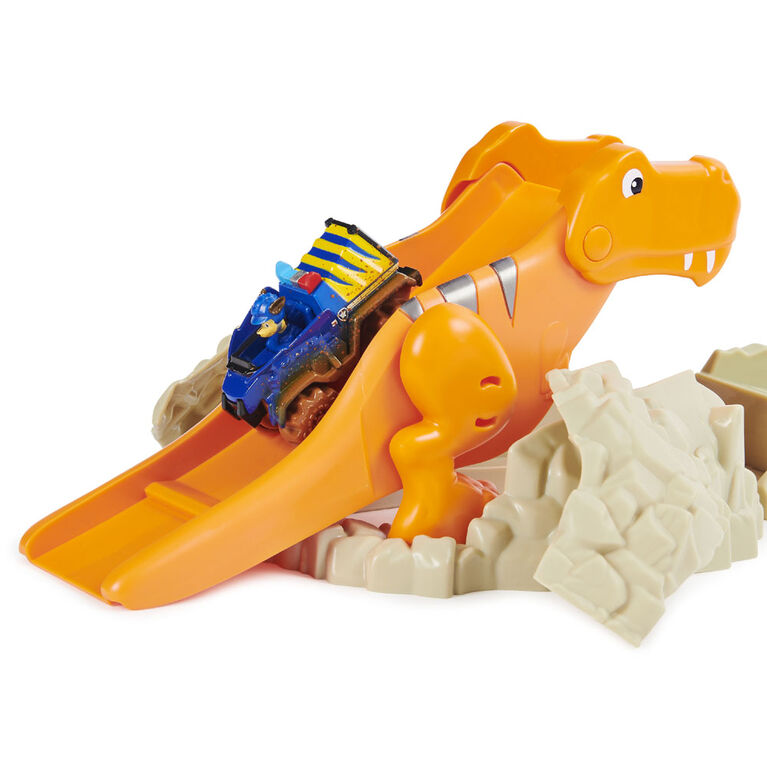 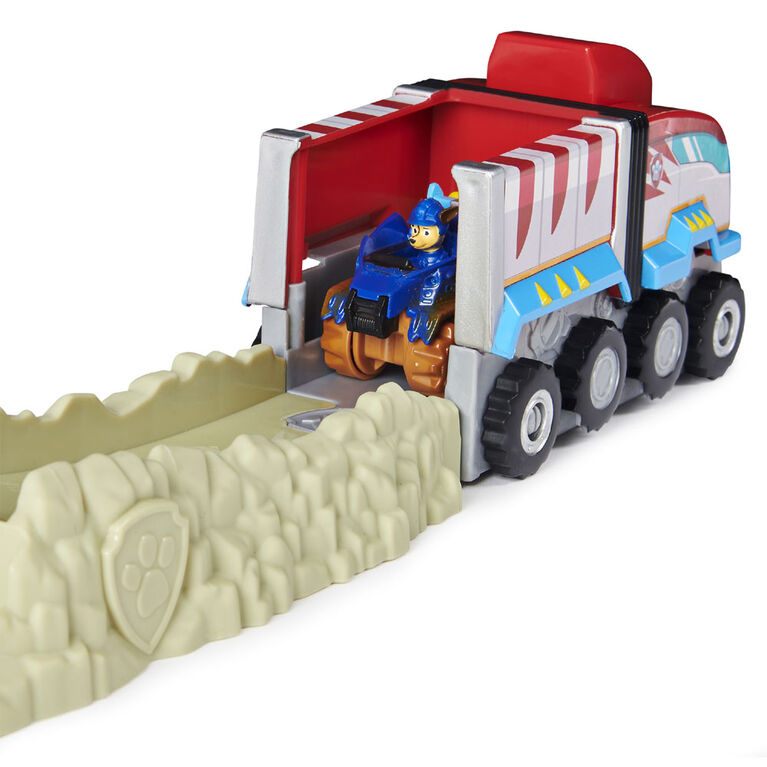 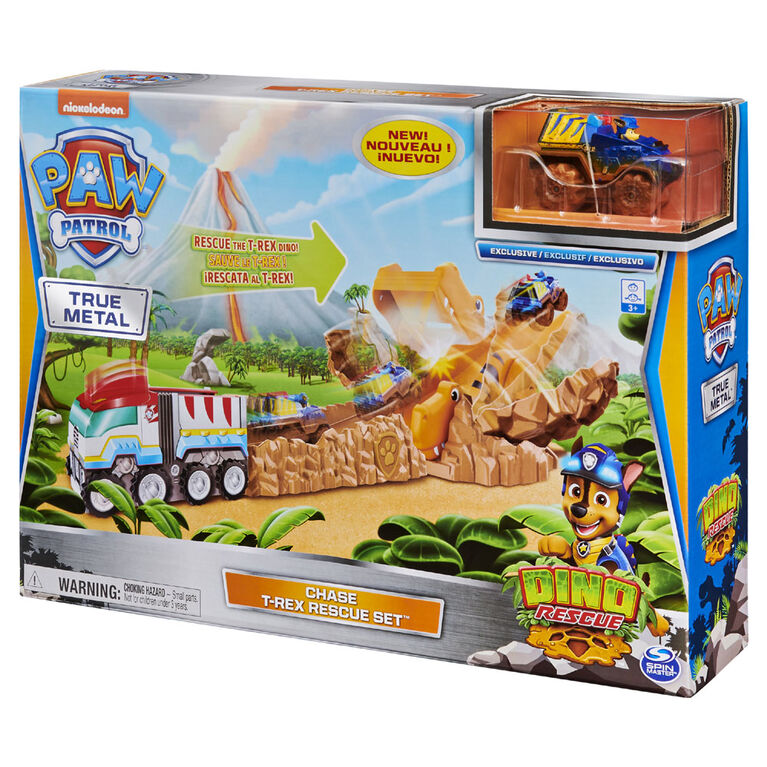 Pinch to zoom
R Exclusive, only available at Toys R Us Canada. Race to the dino rescue with PAW Patrol’s Chase and the True Metal T-Rex Rescue Set! The T. rex is trapped under the rocks and needs your help! Compatible with the PAW Patrol 1:55 scale True Metal vehicles (each sold separately), this prehistoric track set includes an exclusive Dino Rescue Chase die-cast vehicle and a detachable PAW Dino Patroller launcher. Load Chase into the launcher, then slam to send him into action – Chase’s vehicle smashes through the rocks and races down the tyrannosaurus rex’s tail, freeing his dino friend! With working wheels, detach the PAW Dino Patroller launcher and roll to the rescue on land. Add all of the True Metal Dino Rescue vehicles to your collection (each sold separately) for even more high-speed fun! Launch Chase into action with the PAW Patrol True Metal Dino Rescue T-Rex Rescue Set!
For kids aged 3 and up. Adult assembly required. Have dino-sized fun with the Chase T-Rex Rescue Set!