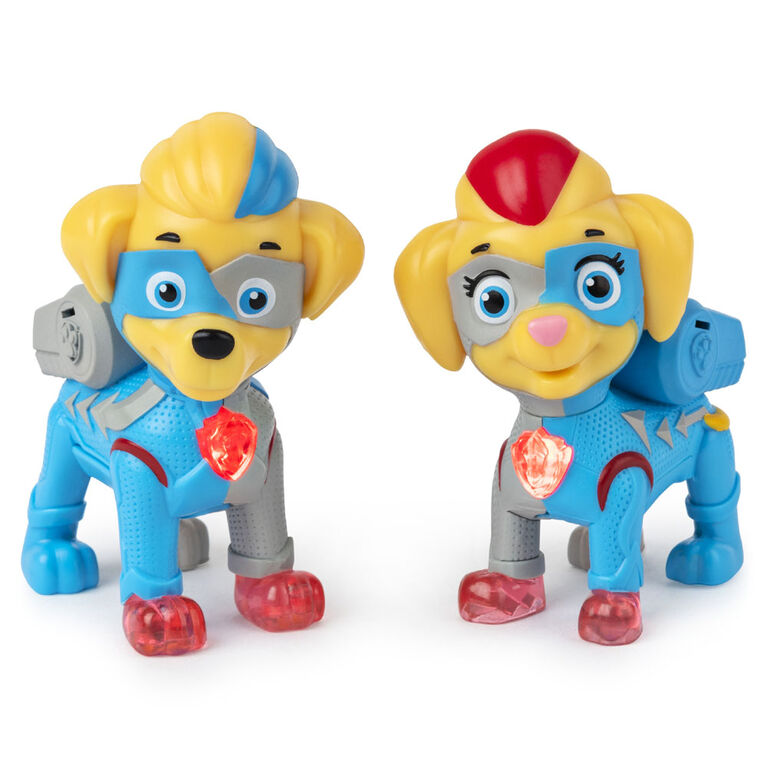 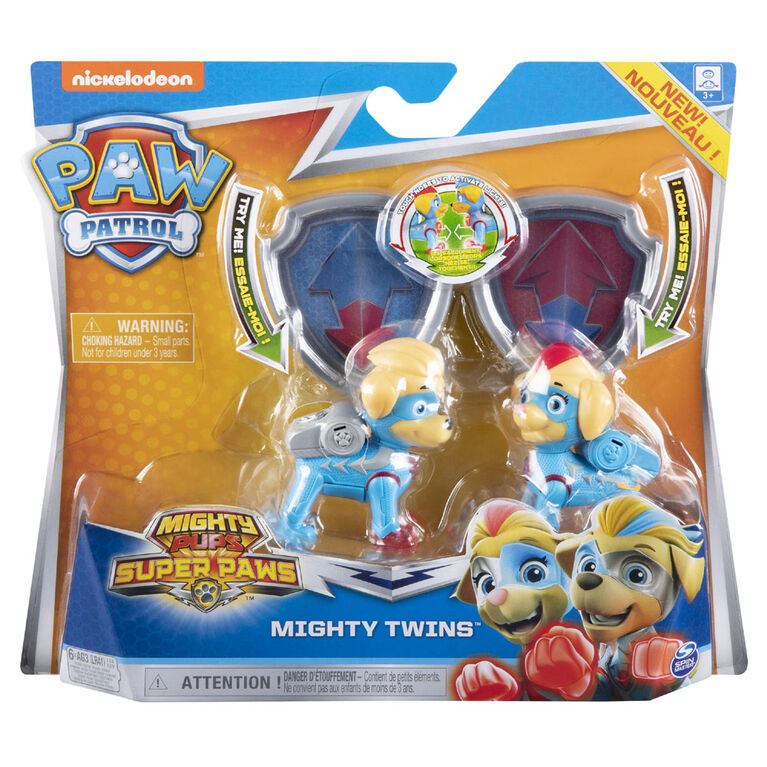 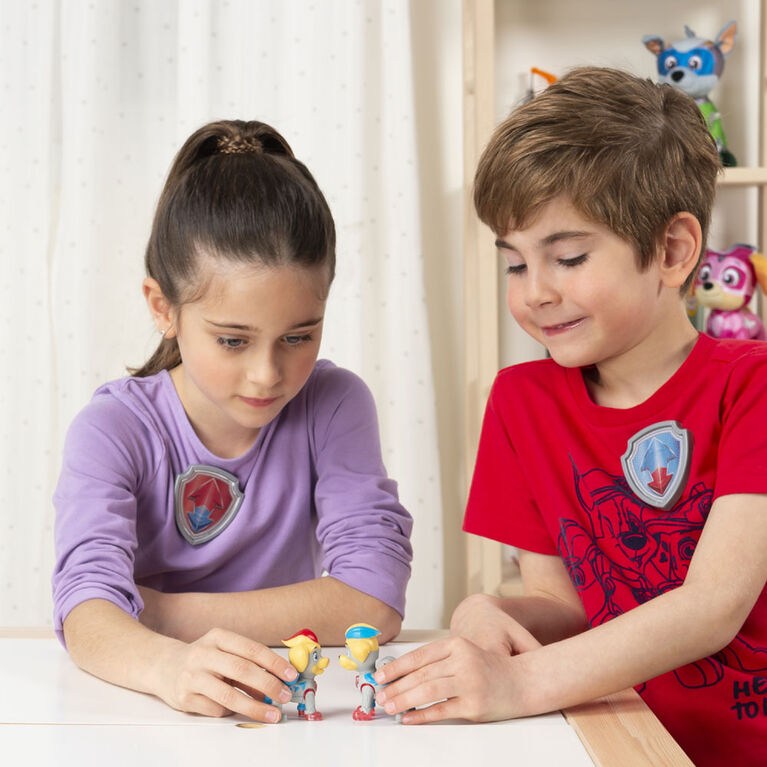 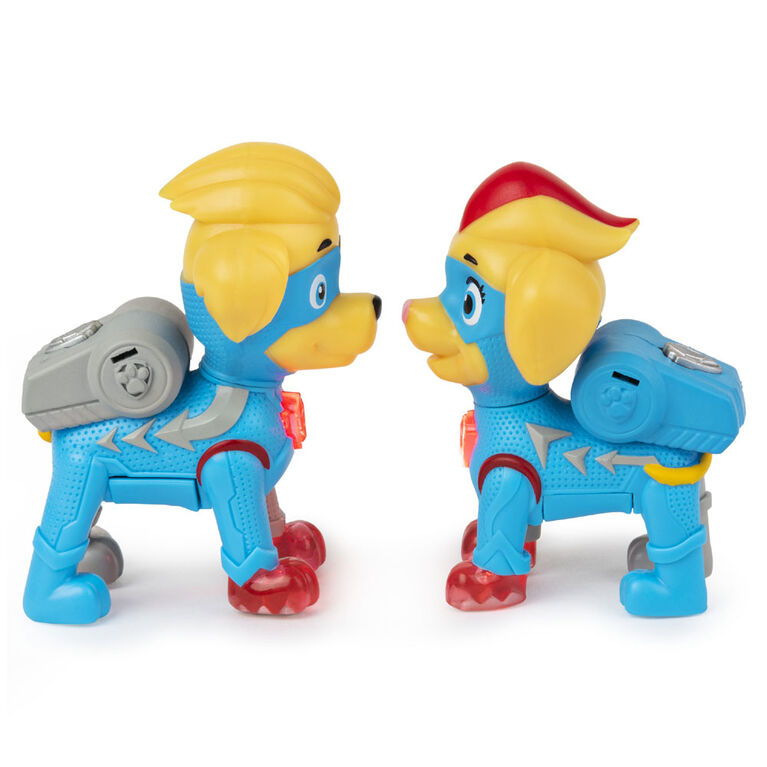 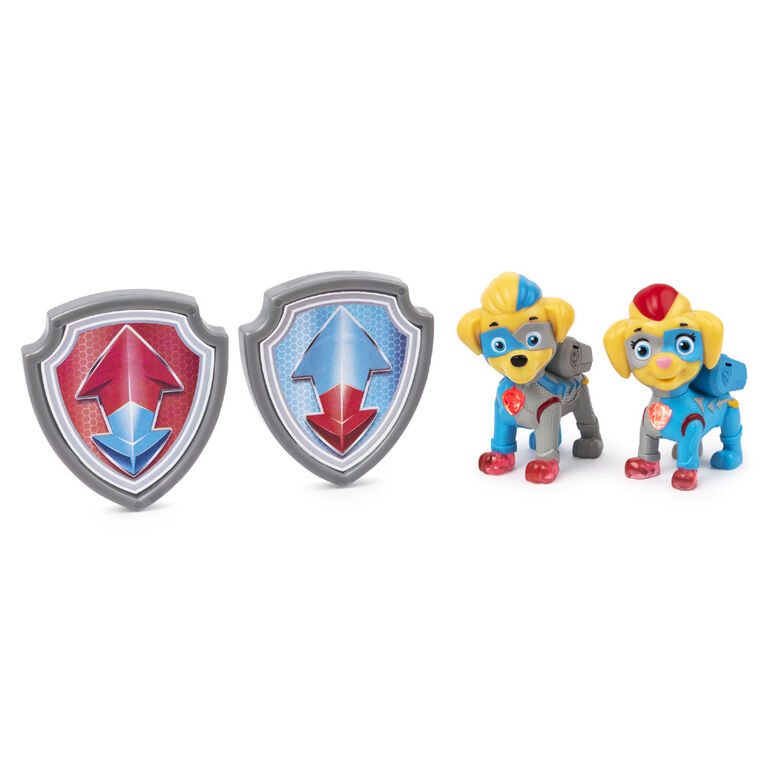 Pinch to zoom
Mighty Pups Mighty Twins are on the case! The PAW Patrol's Golden Twins are suited up in their superhero uniforms, ready for action-packed missions! Each golden retriever pup is dressed in a blue, red and silver Super PAWs uniform. To activate the Mighty Twins special powers, bring them close together. The magnetic feature inside of each pup figure will draw their noses together, making their paws and badges light up! You can also push the buttons on top of their backpacks to activate the lights. When it's time for a rescue mission, the Mighty Twins can join Mighty Marshall, Chase, Skye, Rubble, Rocky and Zuma (figures sold separately) on exciting adventures! With two matching pup badges included to wear, you can become a member of the PAW Patrol and help save the day! Join the PAW Patrol on superhero missions with the Mighty Pups Super PAWs Mighty Twins!