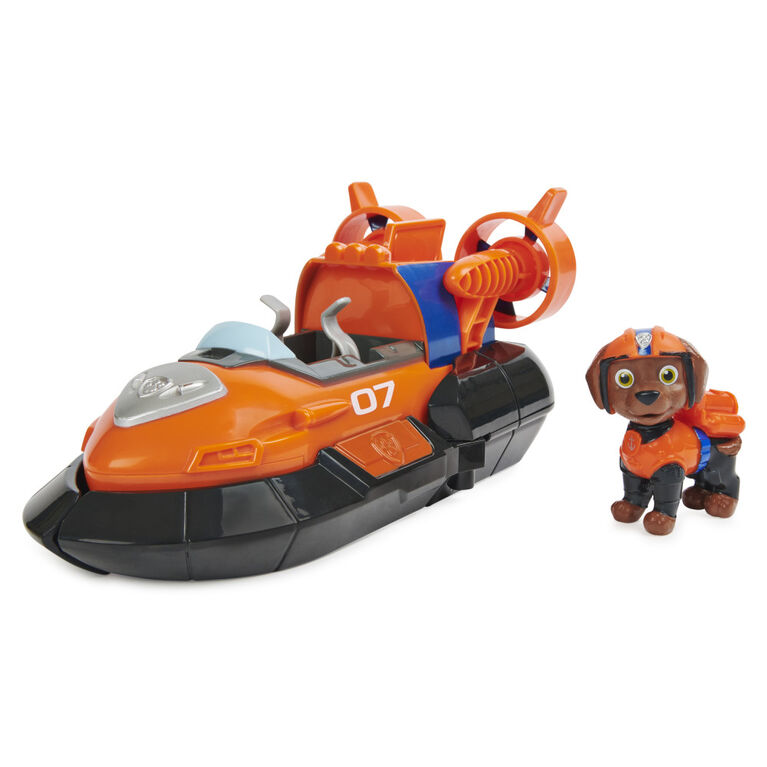 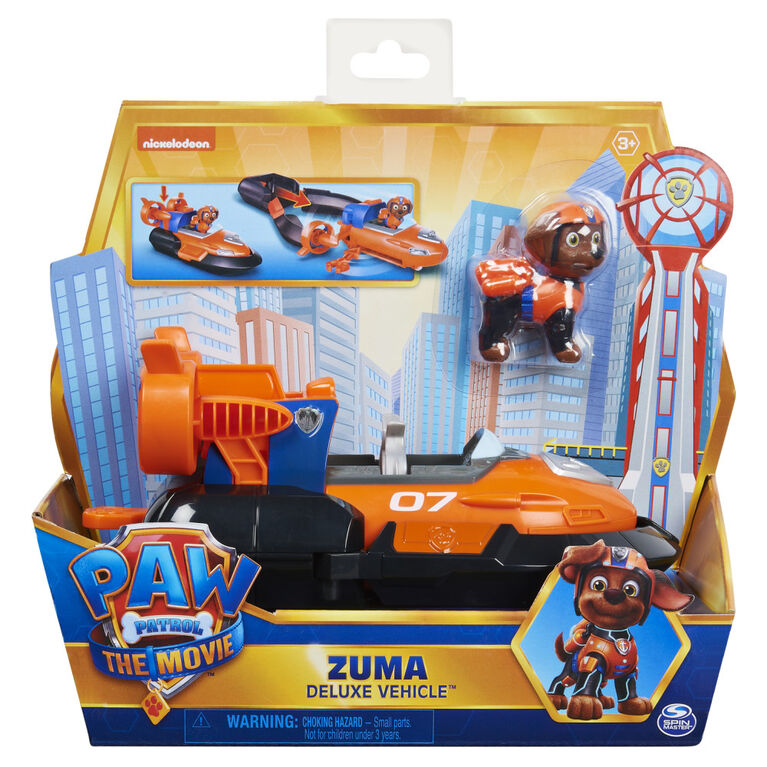 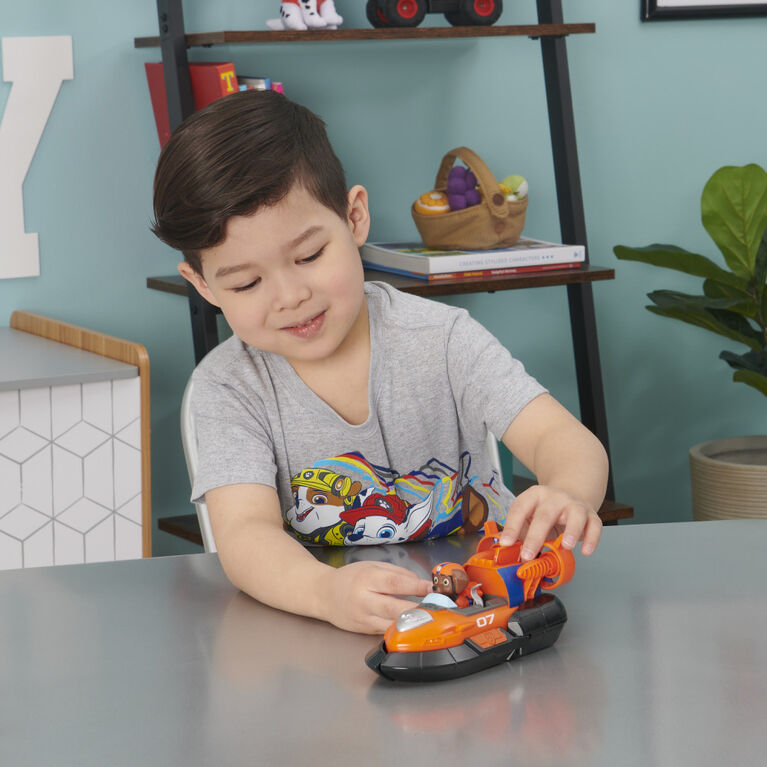 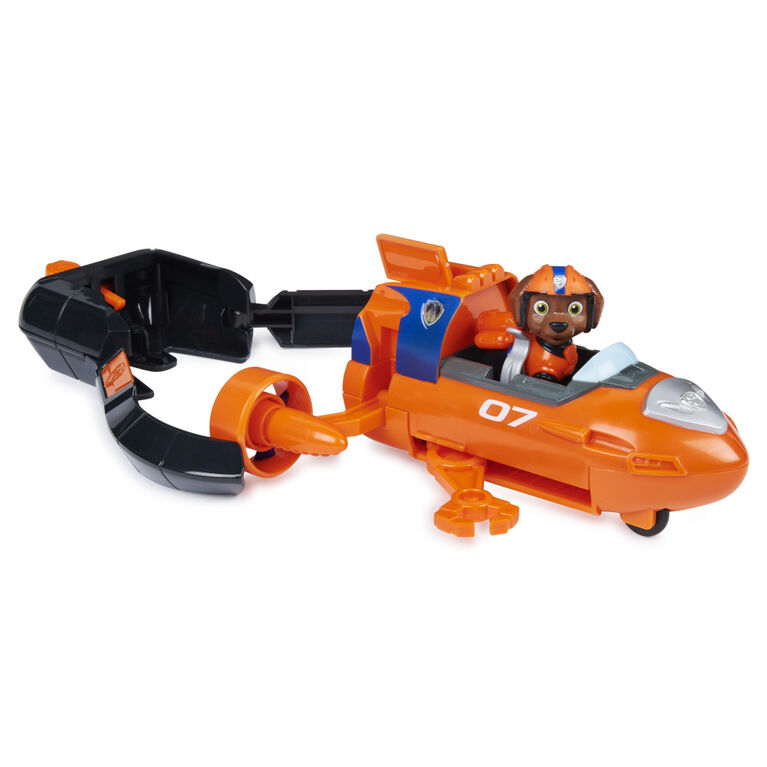 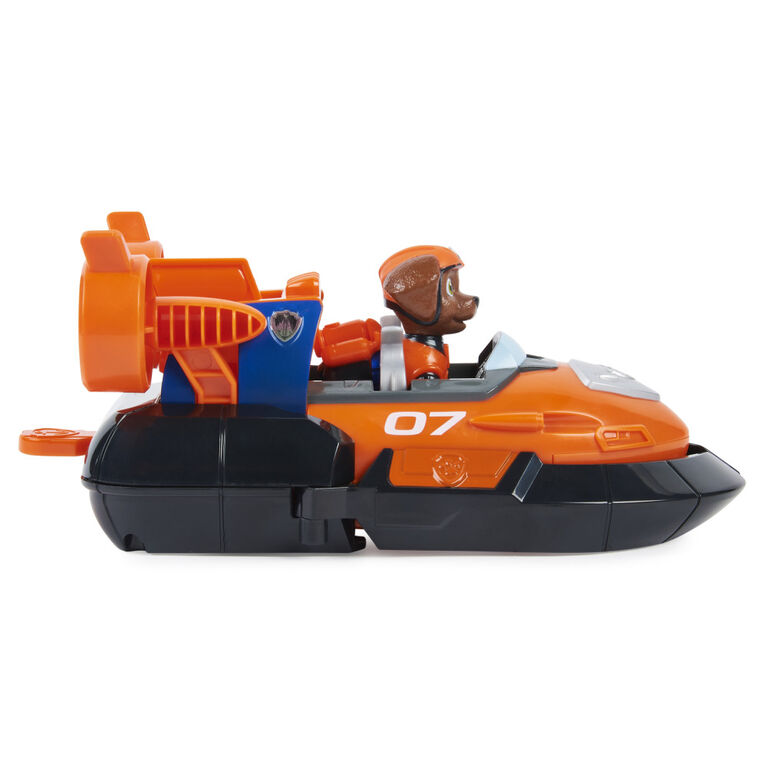 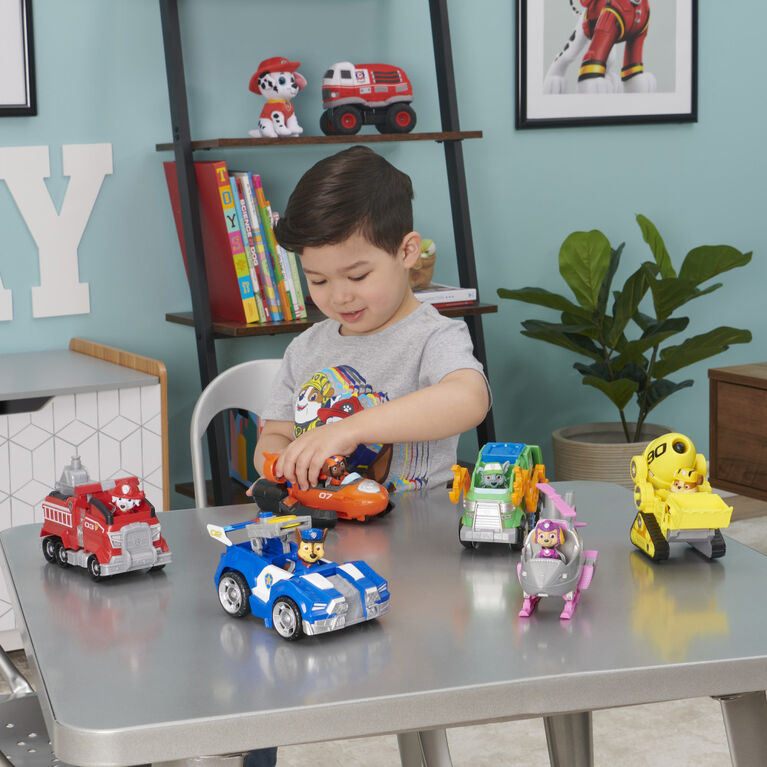 Pinch to zoom
Team up with Zuma for bigger, bolder rescues with his PAW Patrol: The Movie transforming Deluxe Vehicle! Zuma's sleek city hovercraft features silver metallic paint, authentic movie details and graphics, and an exciting transformation straight from the movie! Suited up in his all-new movie uniform, Zuma (collectible action figure included) is ready to save the day in Adventure City. When trouble strikes, place Zuma behind the wheel and race to the rescue! Press the lever on the back to activate the vehicle's unique transformation. The hovercraft releases and launches Zuma in his submarine! Reset, transform and launch again and again! Zuma's toy car is a great gift for kids ages 3 and up and is the perfect addition to any PAW Patrol vehicles and toy figures collection. The PAW Patrol: The Movie Deluxe Vehicles bring the action and excitement from the big screen to life! Collect them all (toy vehicles each sold separately) and use your imagination to play out your action-packed rescue missions. For even more movie action, use your Deluxe Vehicle with the all-new PAW Patrol tower, the Ultimate City Tower (sold separately)! Save the day with Zuma and his PAW Patrol: The Movie Deluxe Vehicle!