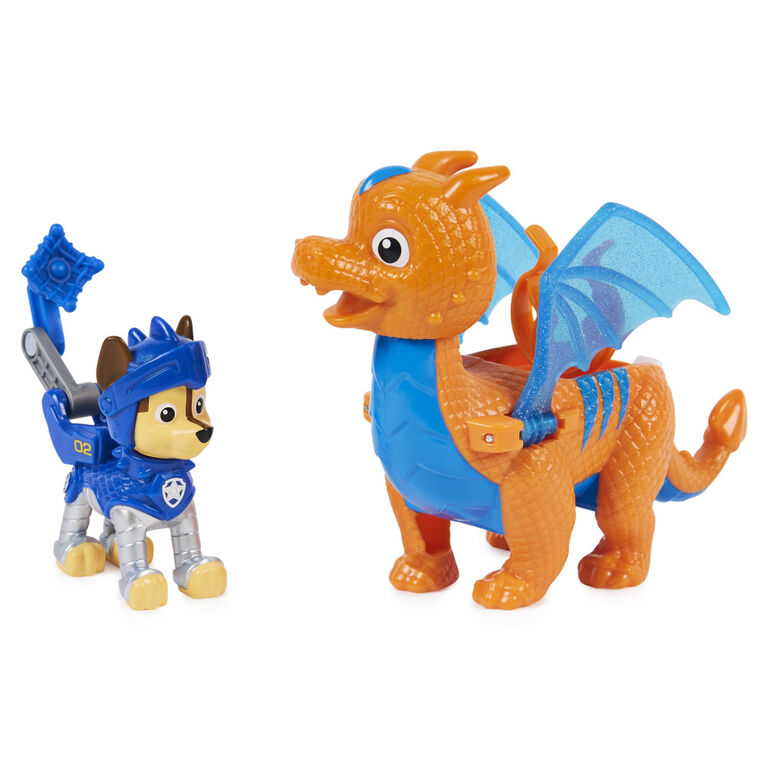 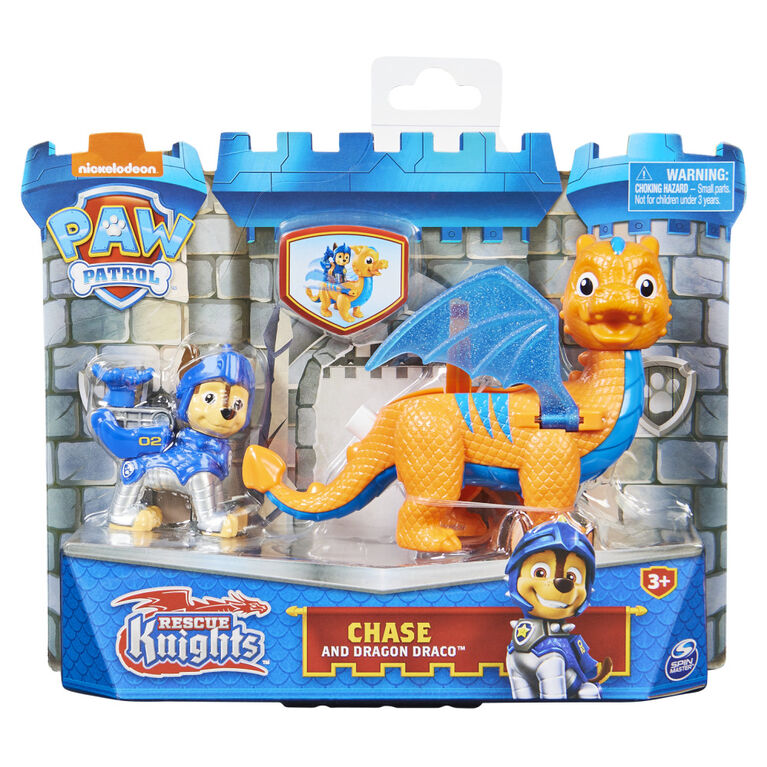 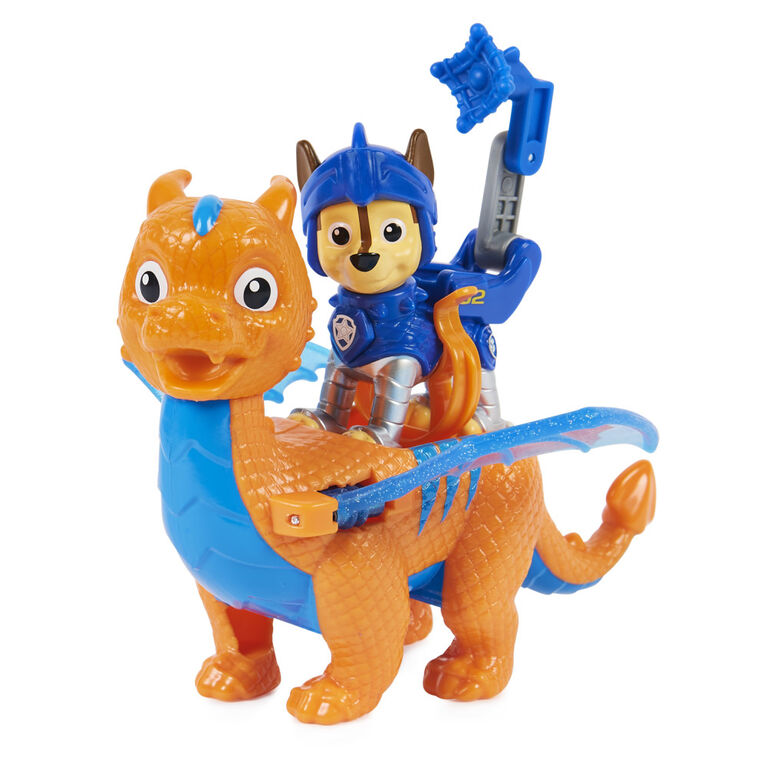 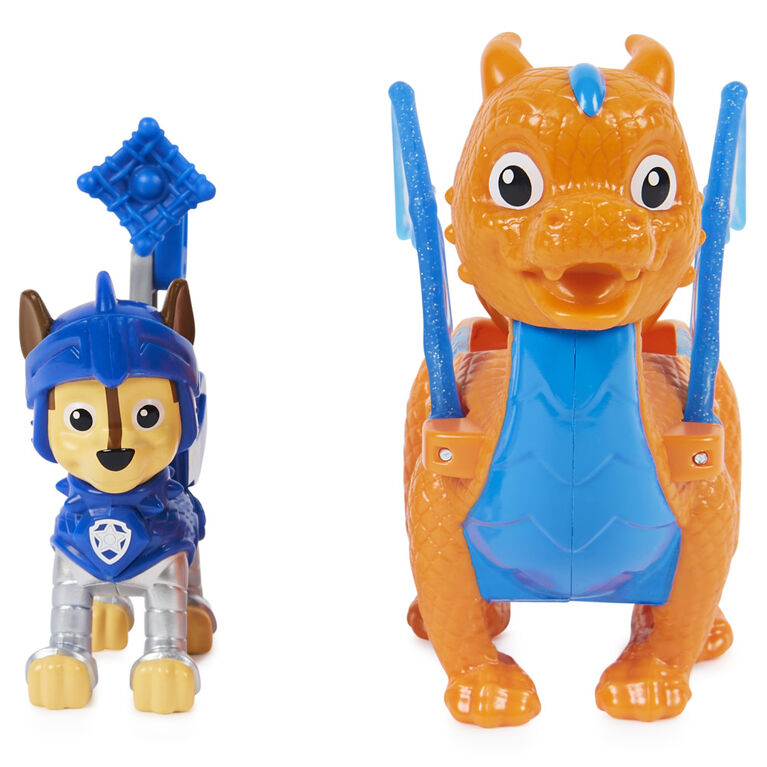 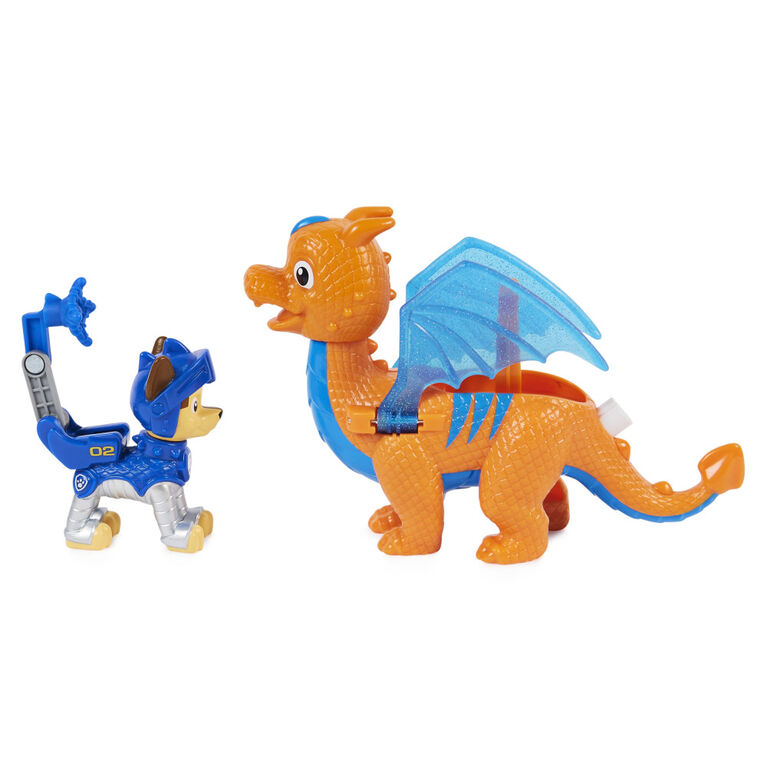 Pinch to zoom
PAW Patrol is going medieval! Join your favorite pups and their new dragon friends as they go on exciting rescue missions with the Rescue Knights Pup and Dragon Packs! This action figures set includes Chase and his trusty dragon pal, Draco! Wearing his Rescue Knights armor, PAW Patrol's beloved pup is ready to jump into action. Press Chase's badge button to make his backpack's tool transform and pop open! Then, clip Chase onto Draco's back and push the button on the tail for its glittery translucent wings to flap! This awesome set brings all the medieval fun from the hit TV show to life. Collect all the Rescue Knights Pups and Dragon Packs (each sold separately) and use your imagination to create your own rescue missions again and again. For even more ways to play, explore the Castle HQ (playset sold separately)! The Rescue Knights PAW Patrol figures and dragons are the perfect toys for boys and girls aged 3 and up. Team up with PAW Patrol's Chase and Draco on exciting medieval adventures!