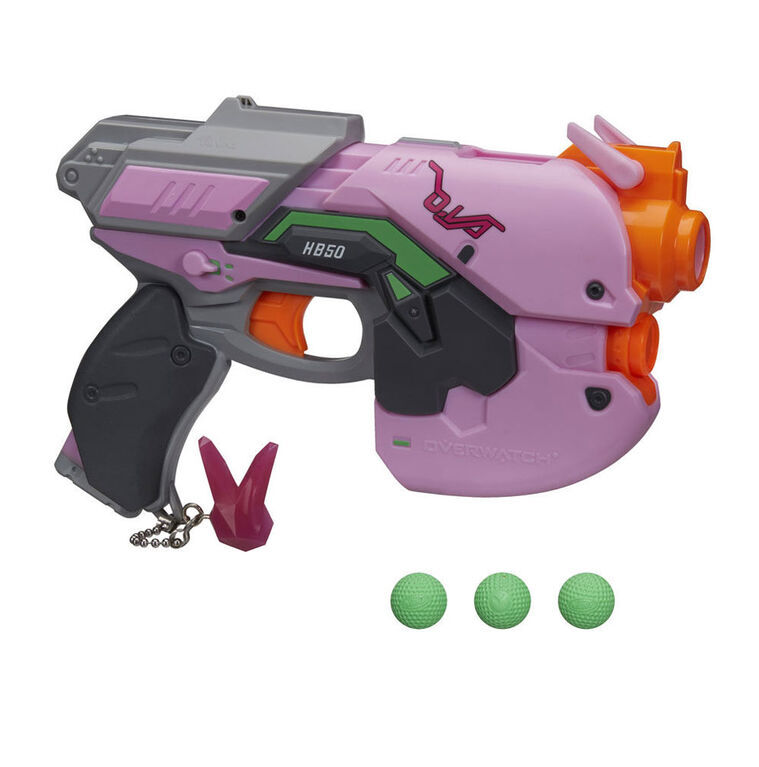 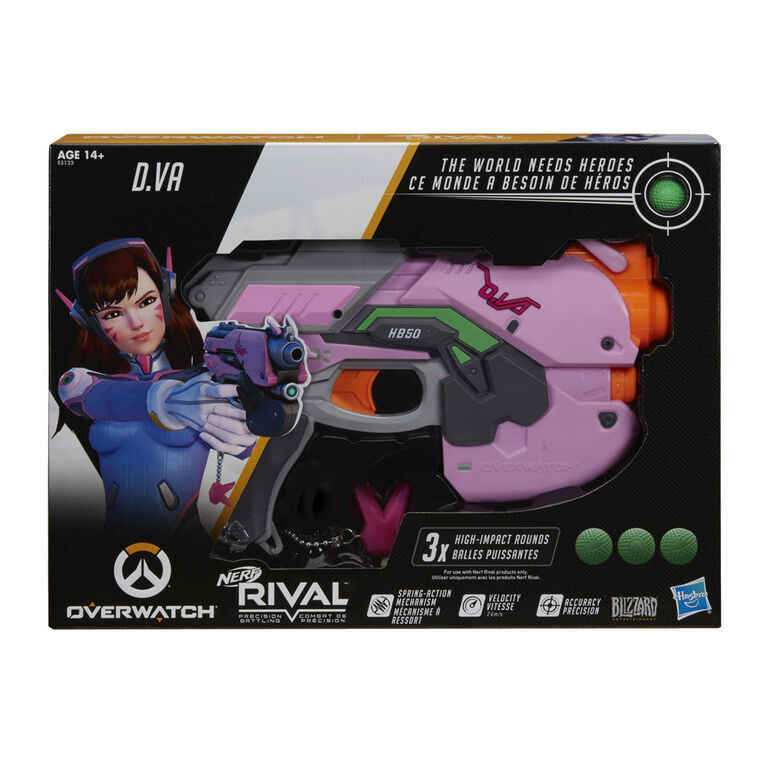 Pinch to zoom
I play to win! A former professional gamer, Overwatch hero D.Va uses her elite skills to pilot a state-of-the art mech to defend her homeland.

Overwatch fans can play to win with this blaster designed in the style of D.Va's signature accessory in Blizzard Entertainment's internationally acclaimed team-based action game. It features recoil action on trigger pull, a trigger lock that prevents accidental firing, and D.Va's signature bunny charm attached to the handle. This breech-load, spring-action Nerf Rival blaster holds 3 rounds and fires them 1 at a time at a velocity of up to 90 feet per second (27 meters per second). Comes with 3 Overwatch Nerf Rival rounds.

This blaster is designed in the style of Overwatch character D.Va's signature accessory from Blizzard Entertainment's internationally acclaimed team-based action game
Comes with bunny chain attached to the blaster handle
Activate the blaster's recoil action every time you pull the trigger
Breech-load blaster holds 3 rounds and comes with 3 high-impact Nerf Rival rounds that it fires at a velocity of up to 90 feet per second (27 meters per second)
Has a spring-action mechanism, trigger lock, and ready indicator