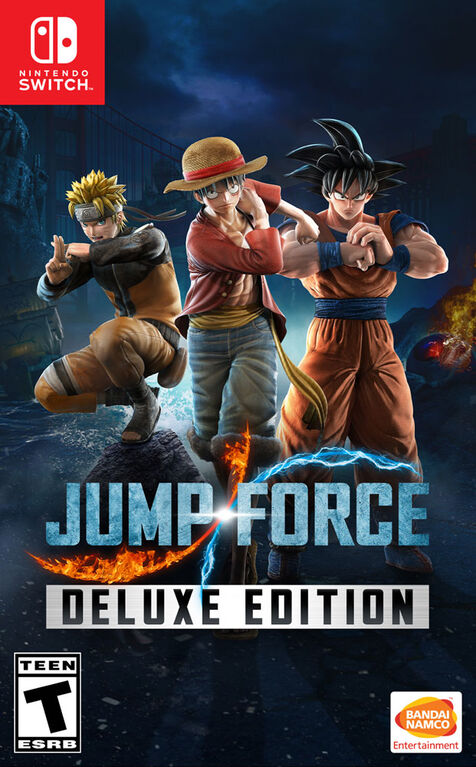 Pinch to zoom
Unite to Fight. For the first time ever, the most famous Manga heroes are thrown into a whole new battleground: our world. Uniting to fight the most dangerous threat, the Jump Force will bear the fate of the entire human kind. Celebrating the 50th Anniversary of the famous Weekly Jump Magazine, Jump Force is making the most of latest technologies to bring characters to life in a never-seen-before realistic design.

Jump Force Deluxe Edition includes all previous content updates including DLC from Characer Pass 1
Choose from over 50 playable characters and battle it out in locations that mix the Real World and the Jump World.
Create your own character and join the Jump Force, an alliance of the most powerful Manga heroes from Dragon Ball, One Piece, Naruto and much more.
Unite to fight with up to 6 players on one console via exclusive 3 vs 3 offline multiplayer.