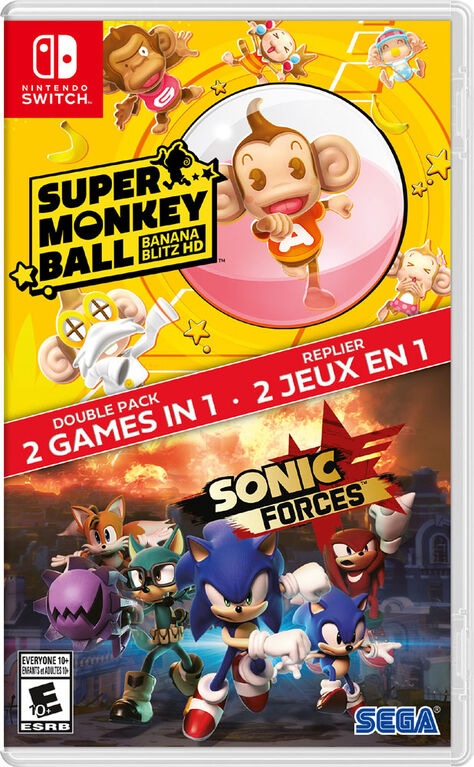 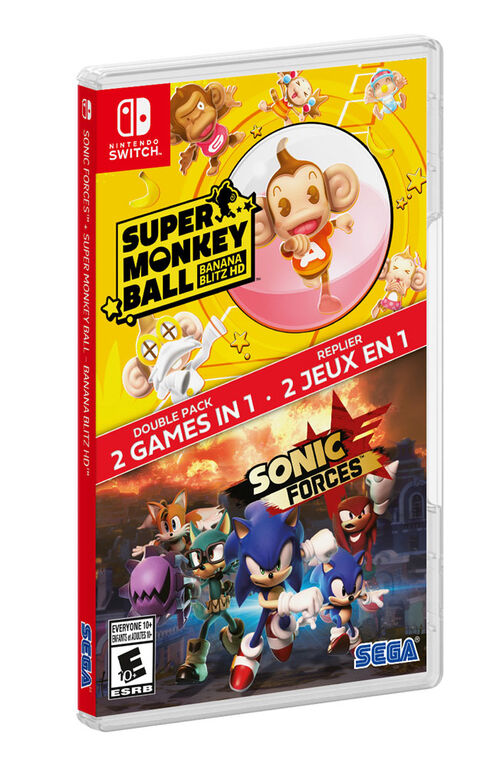 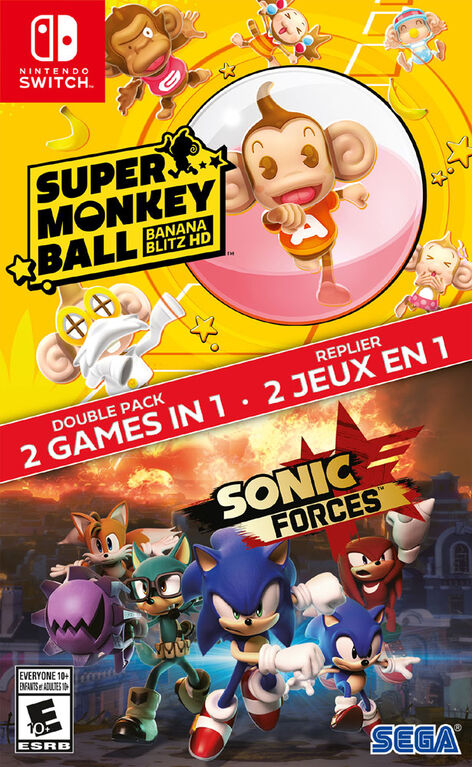 Sonic Forces
Take control of your favourite video game hedgehog once again in Sonic Forces for Nintendo Switch. Dr. Eggman has a mysterious new power and he's used it to conquer most of the world. Now it's up to Sonic and his band of allies to form a resistance and fight back. Enjoy 3 types of gameplay, including Classic Sonic and Modern Sonic.
The evil Dr. Eggman has decimated the world with a mysterious new power--can your rise to the challenge and stop him before it's too late?
Join a resistance composted of Sonic and his friends to fight back against Dr. Eggman, but be warned--Dr. Eggman has a brand new ally of his own
Who is the unlikely hero that will rise up to help Modern and Classic Sonic take back the world
Enjoy 3 types of gameplay: fast paced action as Modern Sonic, thrilling platforming as Classic Sonic, and the ability to utilize powerful gadgets as your own Customer Hero Character
Play alongside an all-star cast of well-known Sonic franchise heroes and villains

Super Monkey Ball Banana Blitz
Hold onto your bananas, because Super Monkey Ball: Banana Blitz HD is rolling your way! Experience the magic of one of the most beloved titles in the series, now remastered in HD!
Head back into the fantastical world of Super Monkey Ball and take back your bananas from the space alien pirate king, Captain Crabuchin.
Race through over 100 colorful stages and challenge your friends and family to 10 fan-favorite Party Games! Feeling like the fastest, most maneuverable monkey around!
Try out Time Attack mode or the grueling Decathlon endurance run! Will you make it onto the scoreboard?