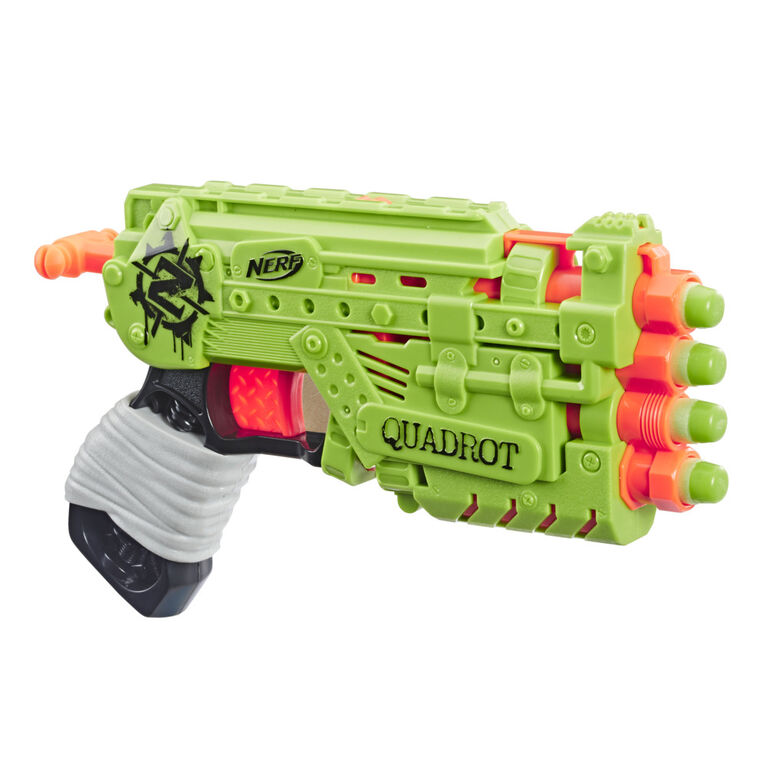 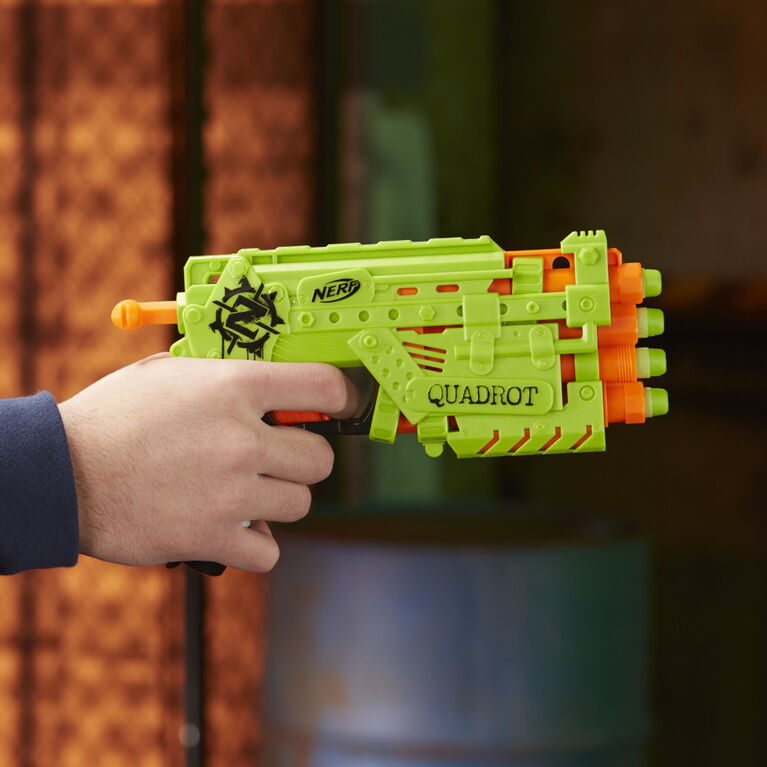 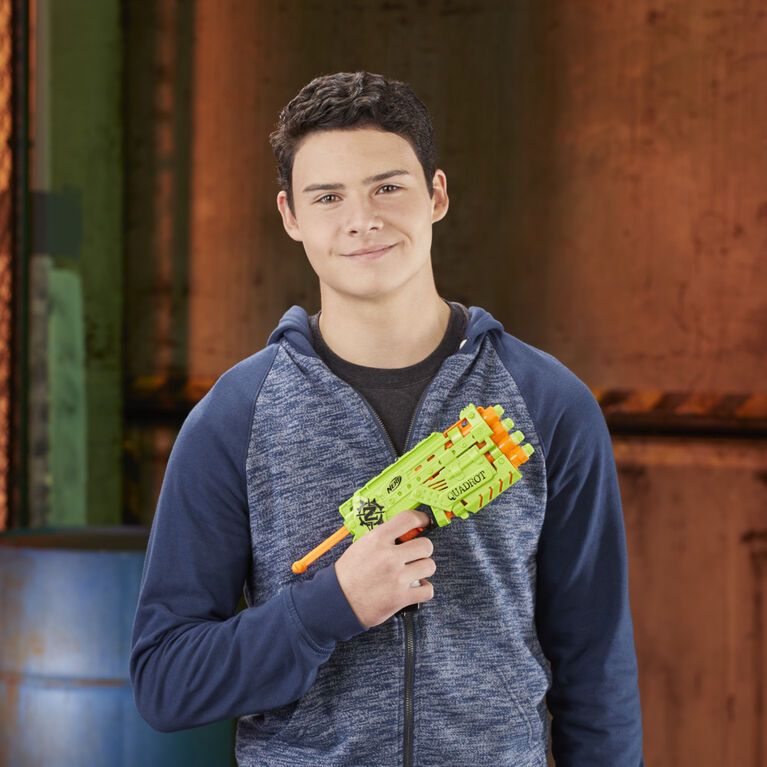 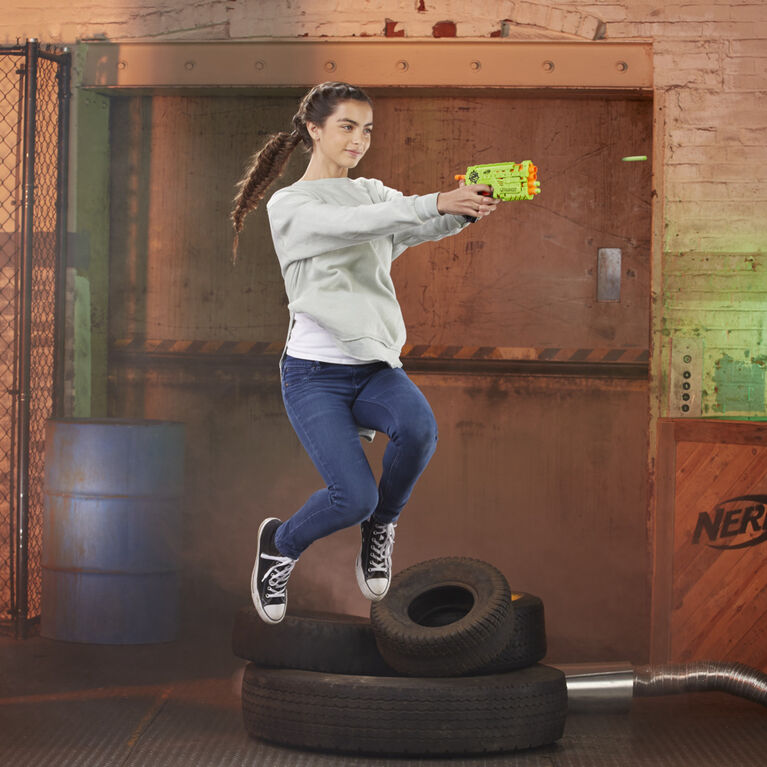 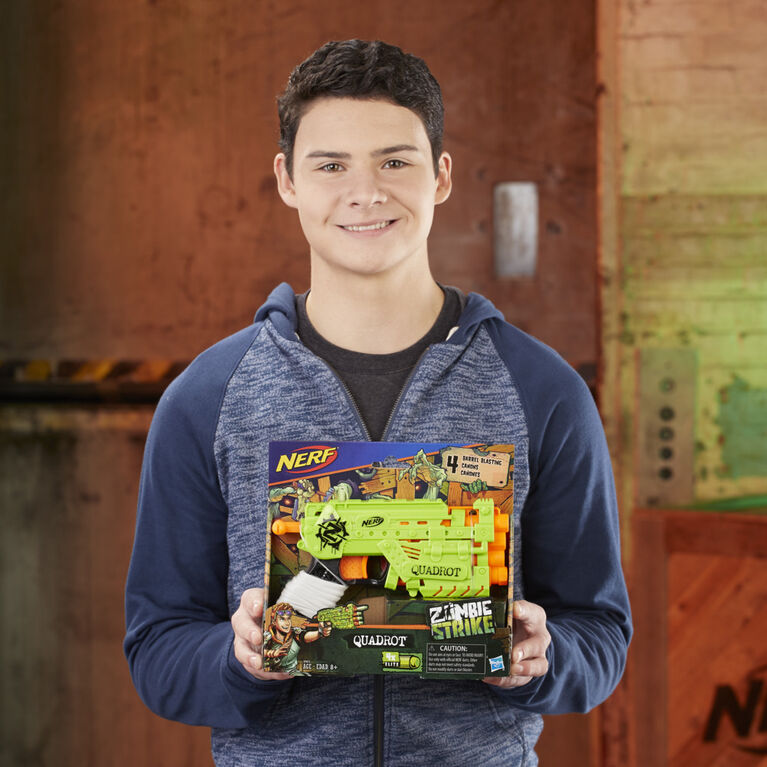 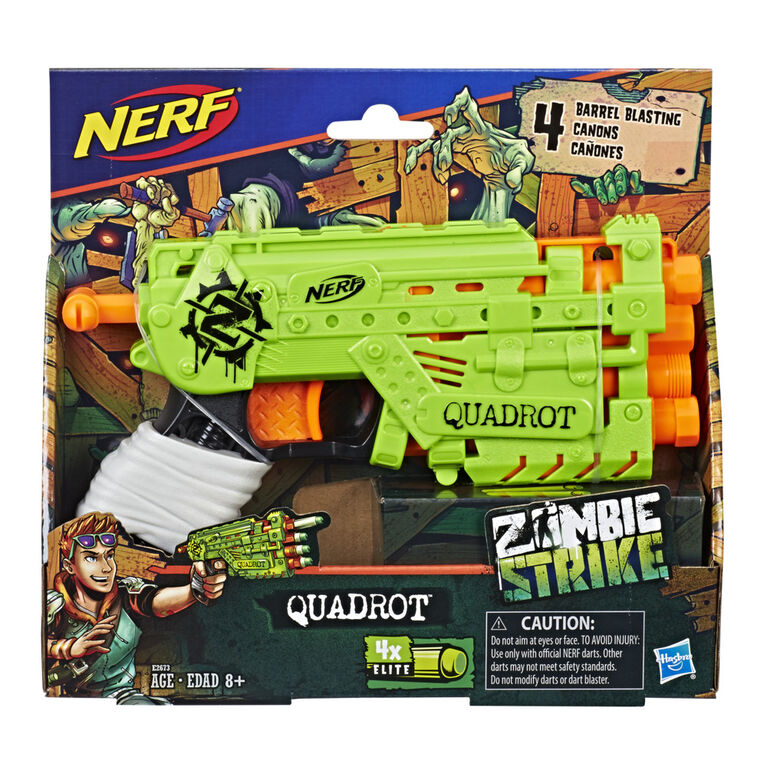 Pinch to zoom
The zombies are getting stronger, and so are the zombie fighters -- they're inventing new battle gear and teaming up with others to keep striking back! Blast 4 darts in a row from the Nerf Zombie Strike Quadrot blaster. Front-load 1 dart into each of the 4 vertically stacked barrels, pull the plunger to prime, then pull the trigger to fire 1 dart. Prime and fire again to blast another dart. With this compact blaster, zombie fighters can stay mobile as they defend their territory. This green blaster has a tactical rail and includes 4 Nerf Zombie Strike darts.