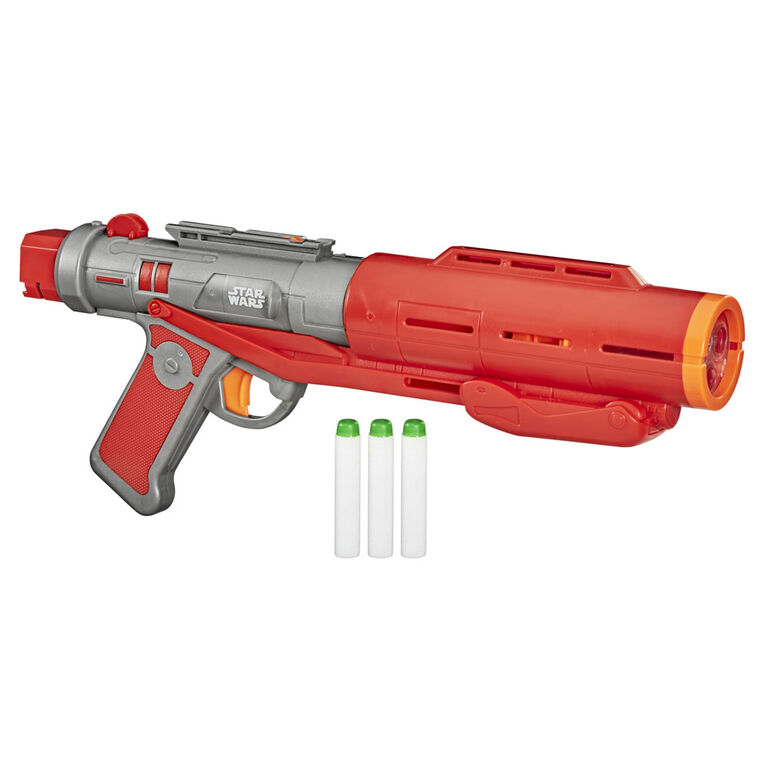 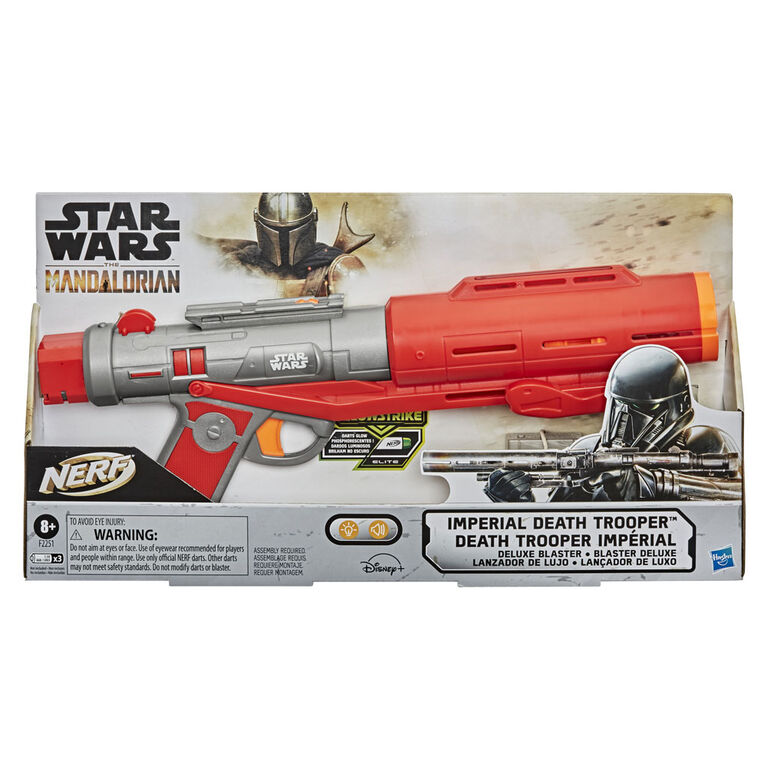 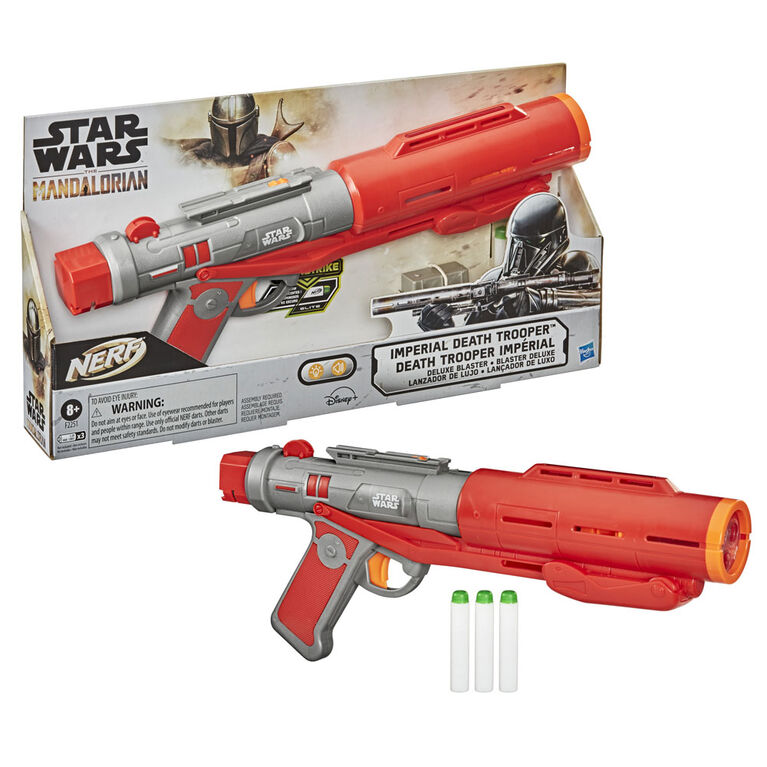 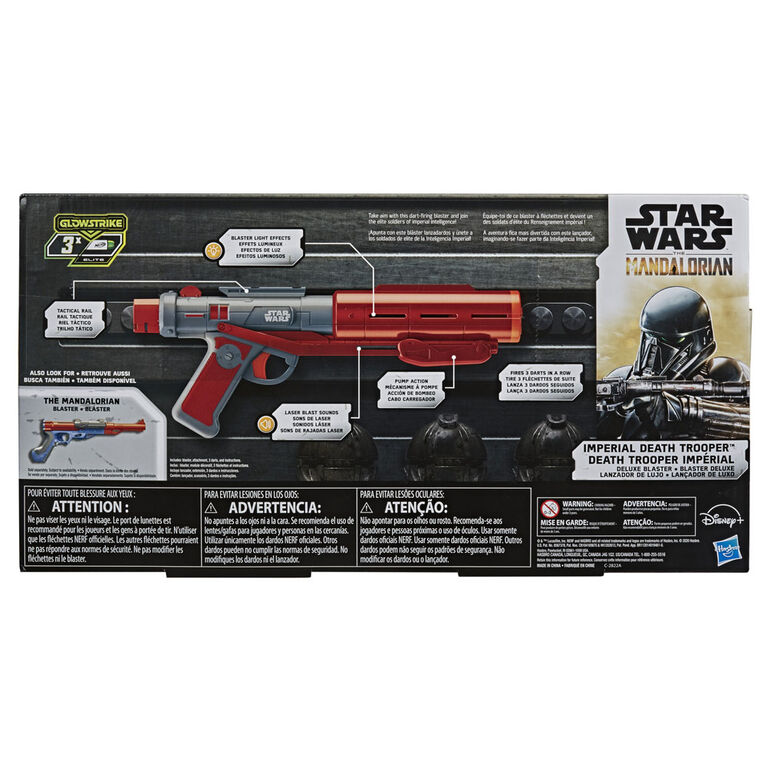 
The elite soldiers of Imperial Intelligence, death troopers are encased in specialized stormtrooper armor with a dark, ominous gleam. Launch into galactic adventures as you imagine being an elite death trooper with this pump-action blaster that fires glow-in-the-dark darts! This Nerf Star Wars Imperial Death Trooper blaster is inspired by blasters seen in The Mandalorian live-action TV series on Disney Plus. GlowStrike technology creates light effects and charges the darts to make them glow when fired. Load 3 darts, pump the priming slide, and pull the trigger to fire 1 dart accompanied by laser blast sounds. Includes 3 Official Nerf Elite foam darts that are tested and approved for performance and quality. It's fun for indoor and outdoor play and is a great gift for Star Wars fans and Nerf battlers! Eyewear recommended and batteries required (not included).

Ages 8 and up
TO AVOID EYE INJURY:
WARNING: Do not aim at eyes or face. Use of eyewear recommended for players and people within range. Use only official Nerf darts. Other darts may not meet safety standards. Do not modify darts or blaster.
WARNING: CHOKING HAZARD - Small parts may be generated. Not for children under 3 years.
Requires 3x 1.5v AAA alkaline batteries (not included.
Assembly required.