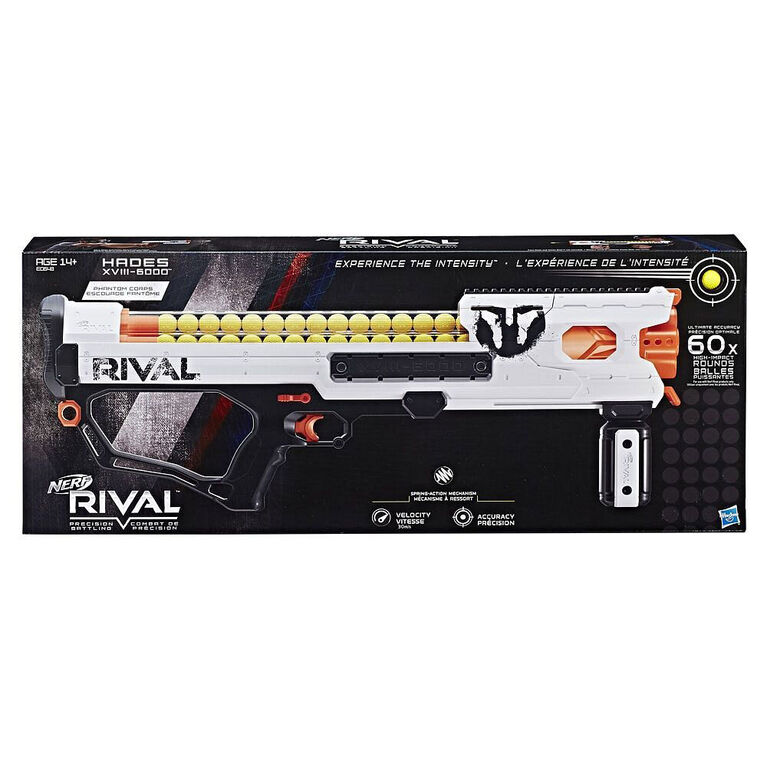 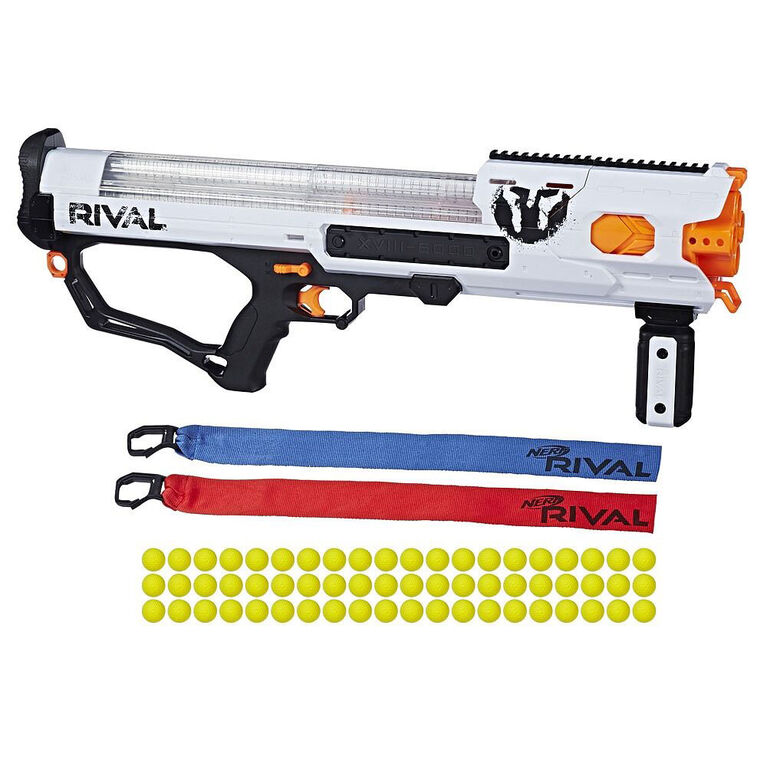 Phantom Corps is a group of rogue specialists who may join Team Red or Team Blue today, then challenge them tomorrow. Nerf Rival battles will never be the same! Take on targets with the high-capacity Nerf Rival Hades XVIII-6000 blaster! Load 60 rounds into the blaster’s easy-load integrated magazine, prime it with the spring-action cocking mechanism, and pull the trigger to fire a barrage of rounds at 100 feet per second (30 meters per second)! This Nerf Rival blaster comes with red and blue flags, so players can wear them to join Team Red or Team Blue, and use them in capture-the-flag battles. The Nerf Rival Hades XVIII-600 blaster also has a trigger lock and tactical rail, and comes with 60 high-impact rounds. Experience the intensity of Nerf Rival with the Nerf Rival Phantom Corps Hades XVIII-6000 blaster!

Nerf and all related properties are trademarks of Hasbro.
Includes blaster, 60 rounds, 2 flags, and instructions.