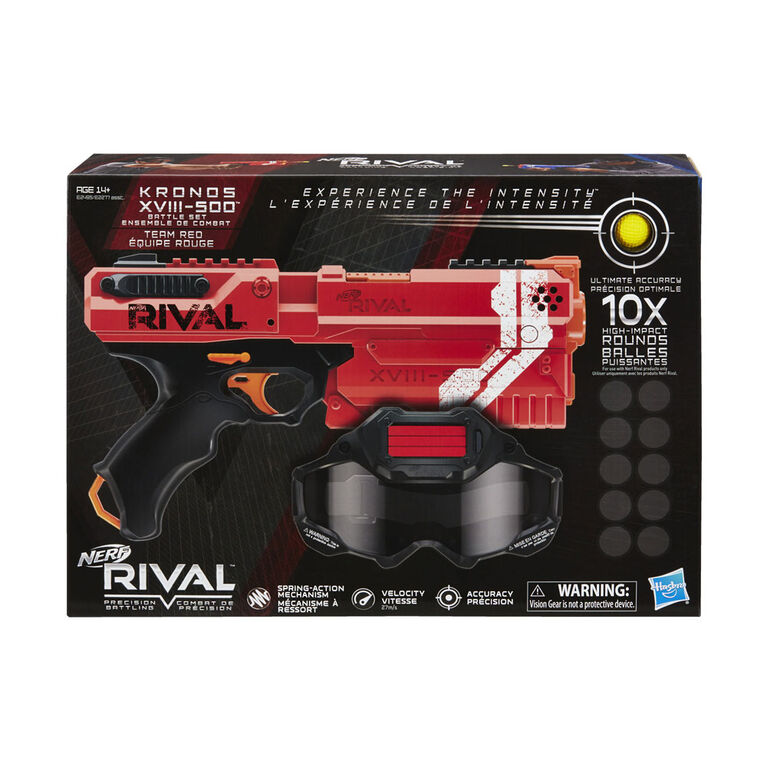 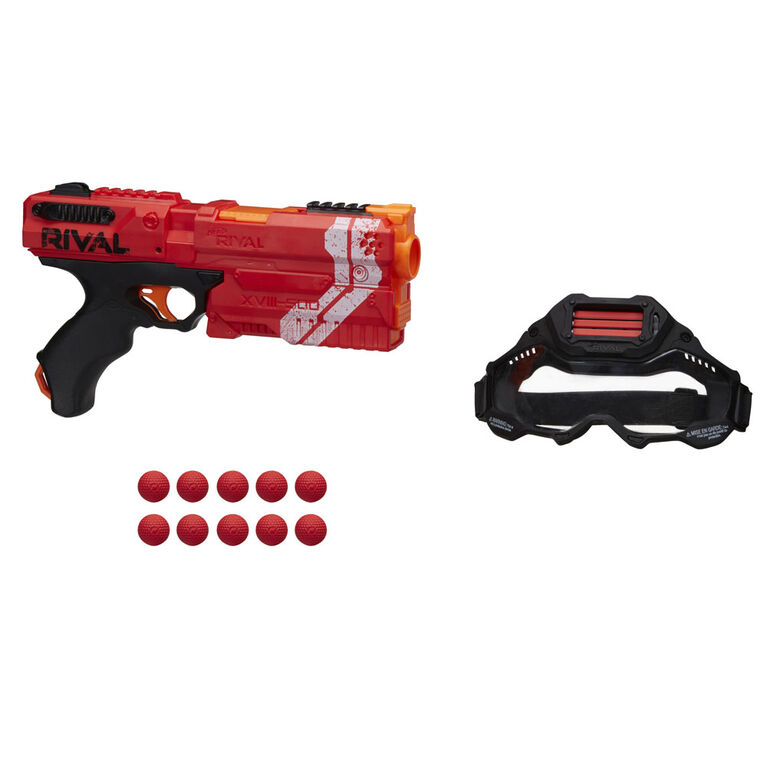 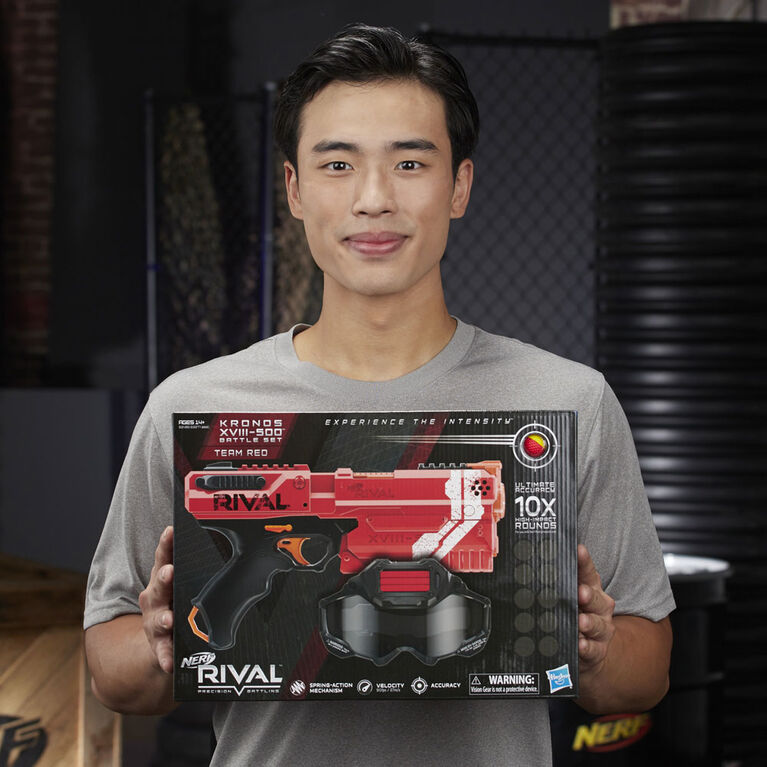 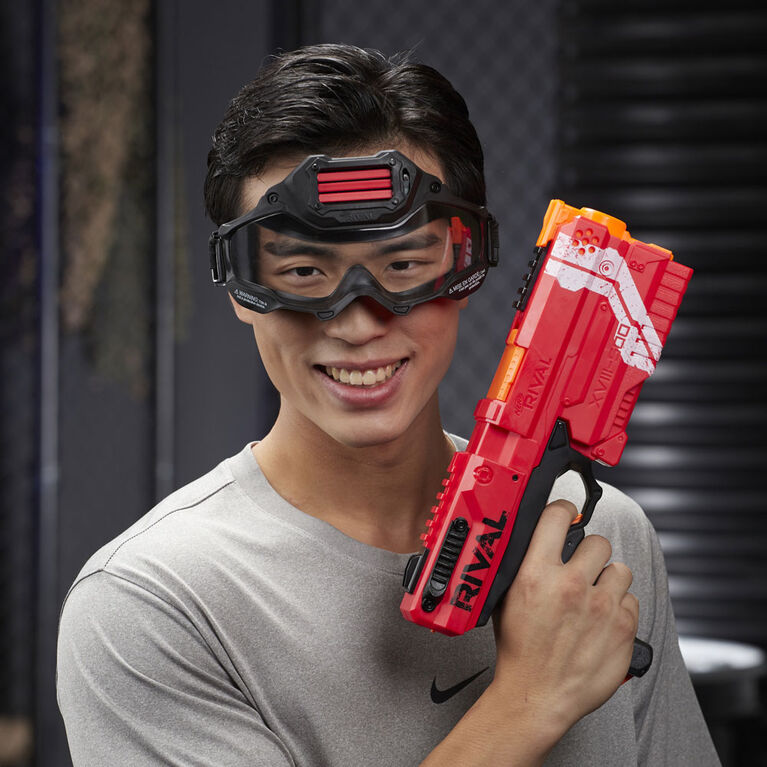 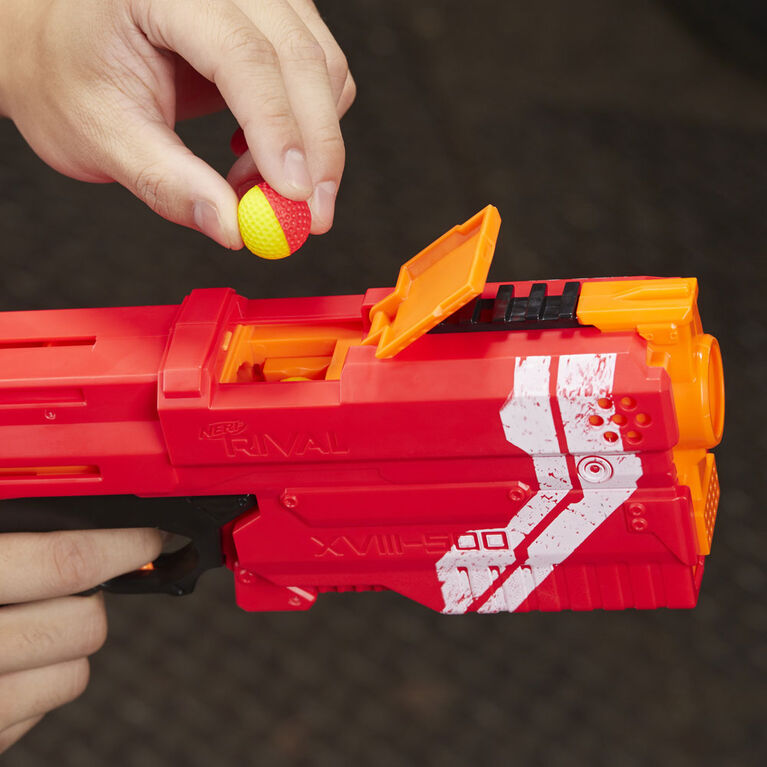 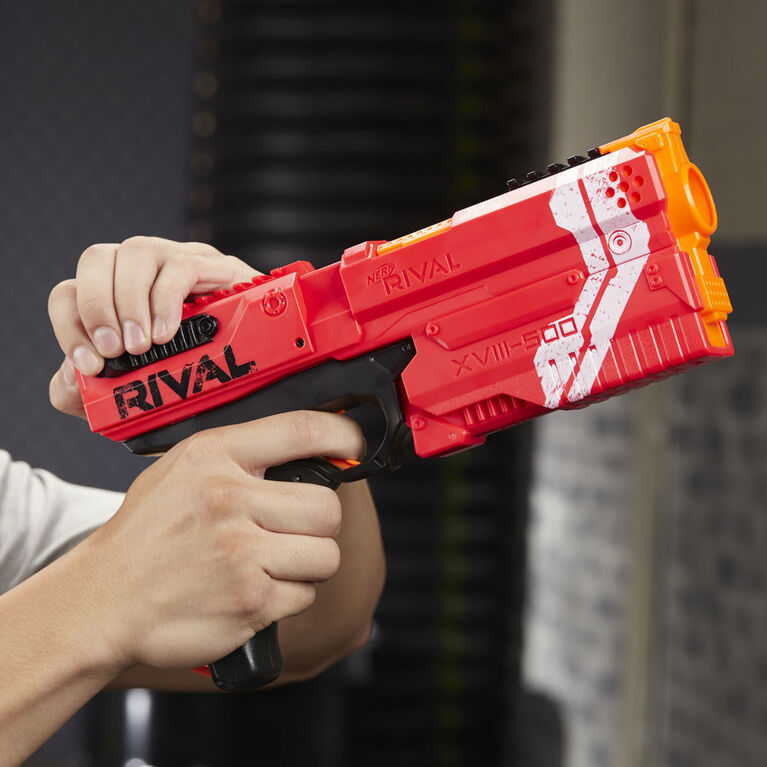 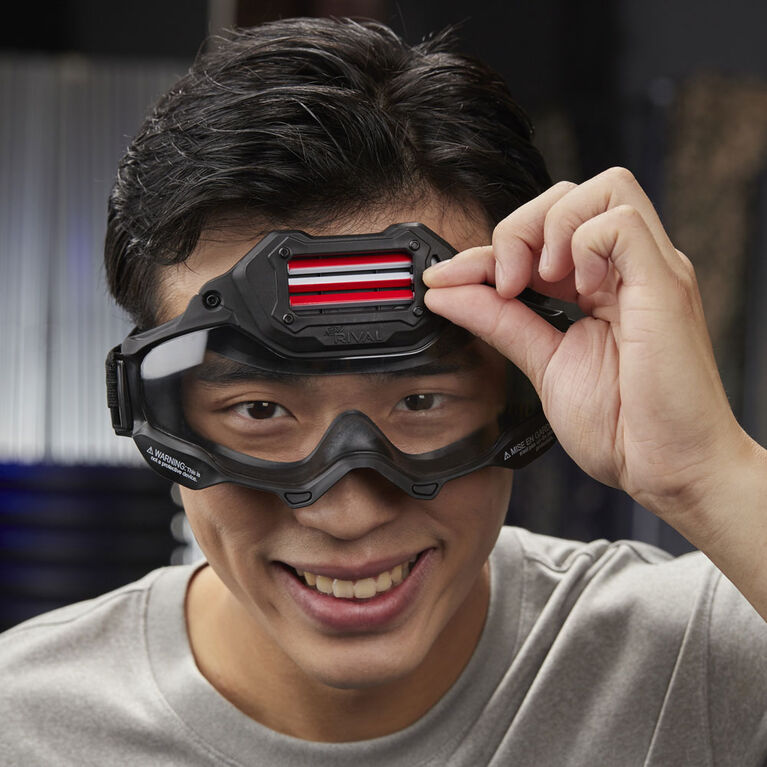 Gear up for Nerf Rival battles as part of Team Red with this battle set that includes a Kronos XVIII-500 blaster and Vision Gear! Open the breech to load 5 high-impact rounds into the blaster, then prime it with the spring-action cocking mechanism, take aim, and fire! The blaster sends the rounds blasting into battle at a velocity of 90 feet per second (27 meters per second). This Nerf Rival blaster also has a trigger lock, and tactical rail. The Nerf Rival Vision Gear has a team color indicator bar that can be changed by moving the lever to display red, blue, or white to designate the player as a member of Team Red, Team Blue, or Phantom Corps. The goggles are designed for a comfortable fit and have an adjustable elastic strap. Experience the intensity of Nerf Rival with the Kronos XVIII-500 Battle Set!

Ages 14 and up
WARNING: Vision Gear is not a protective device.
For use with Nerf Rival products only.