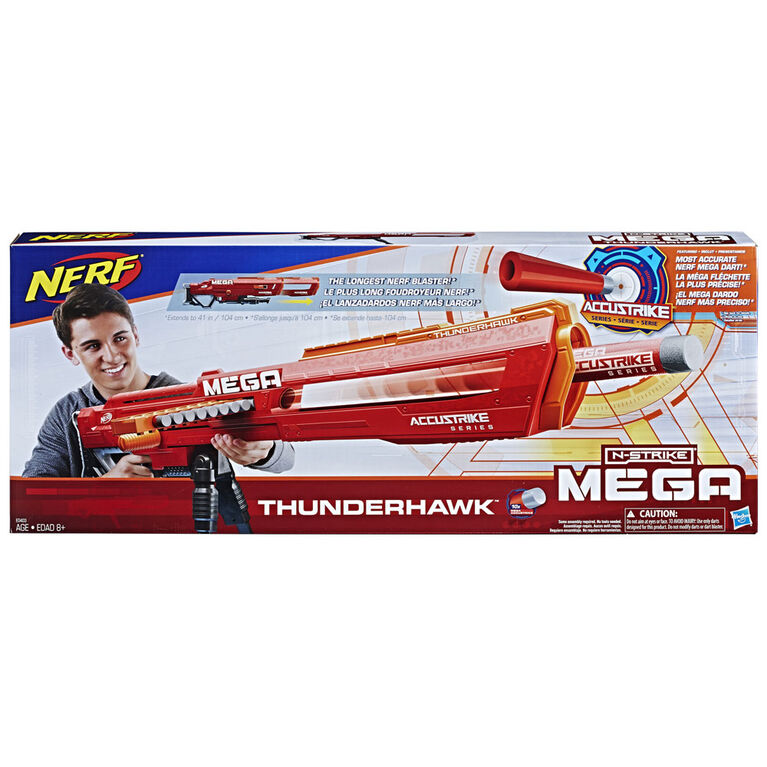 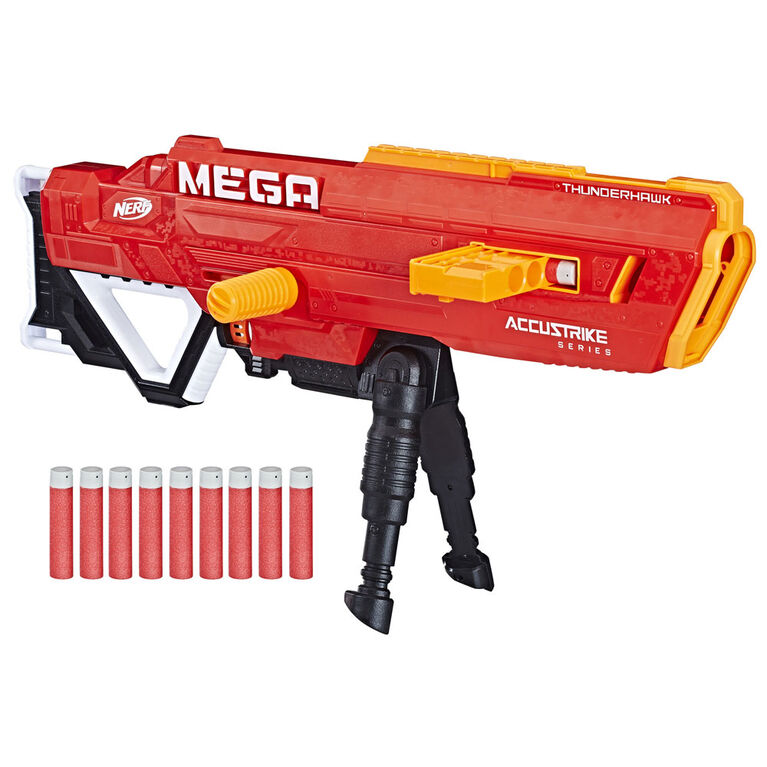 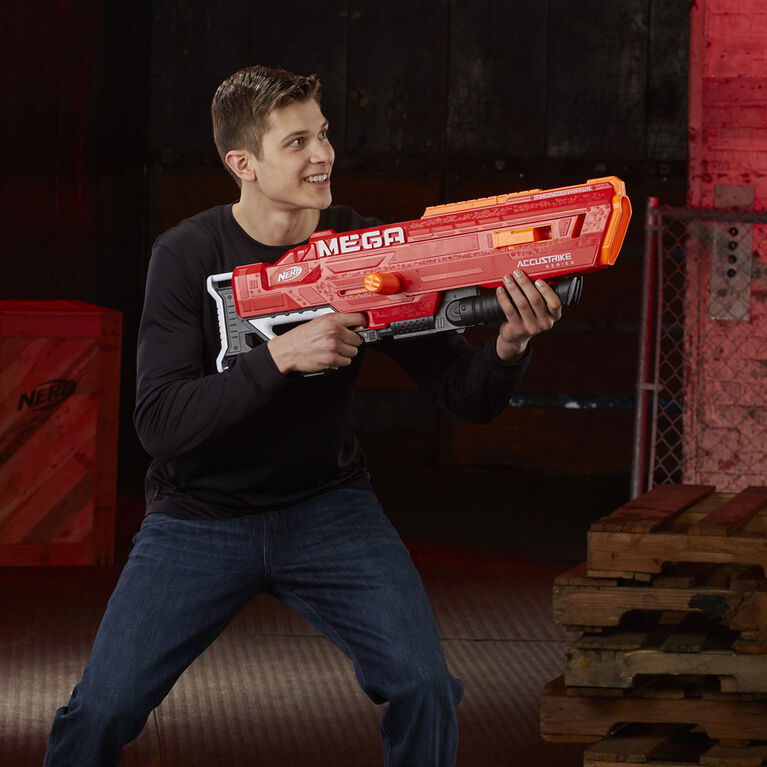 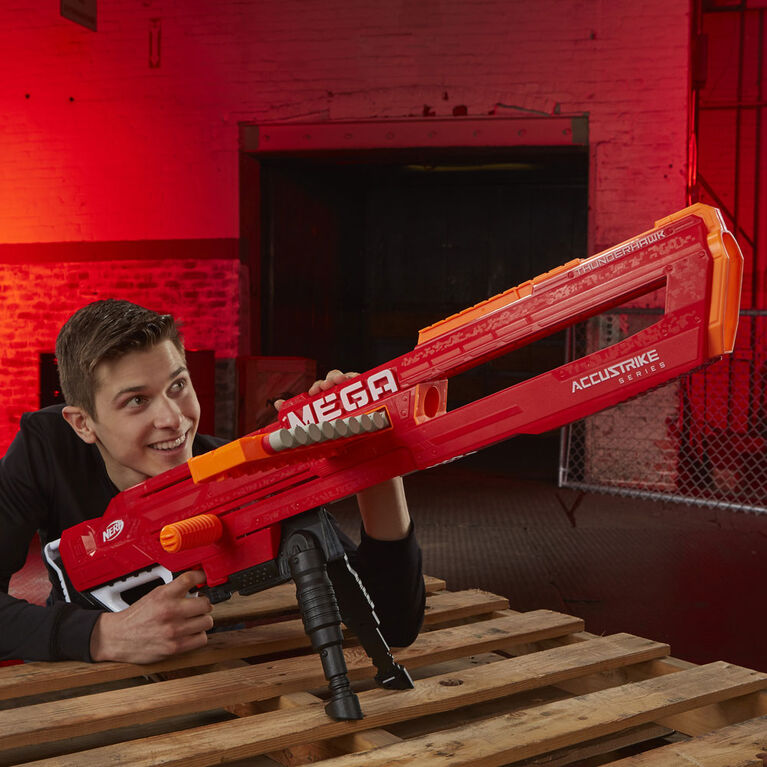 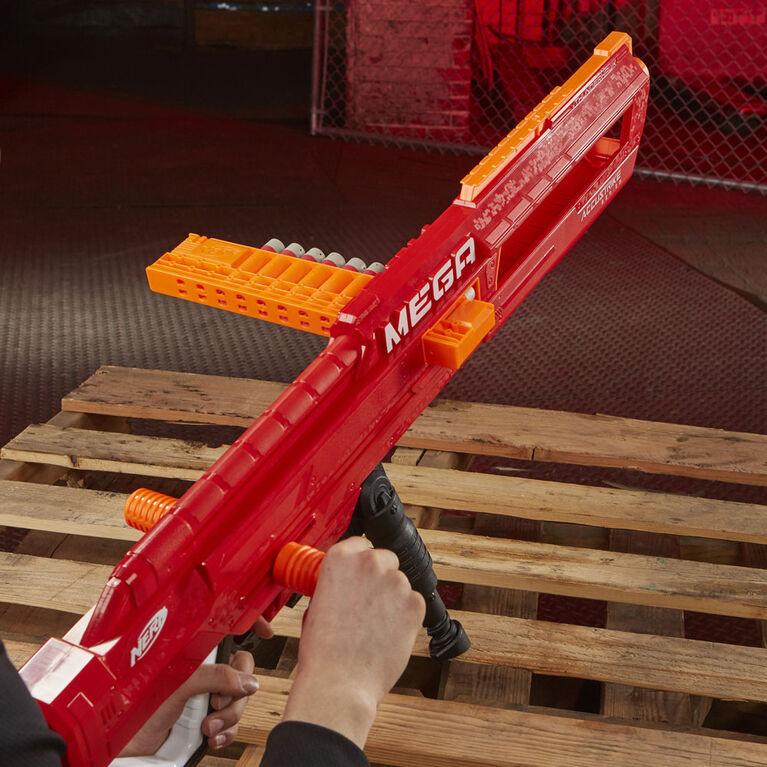 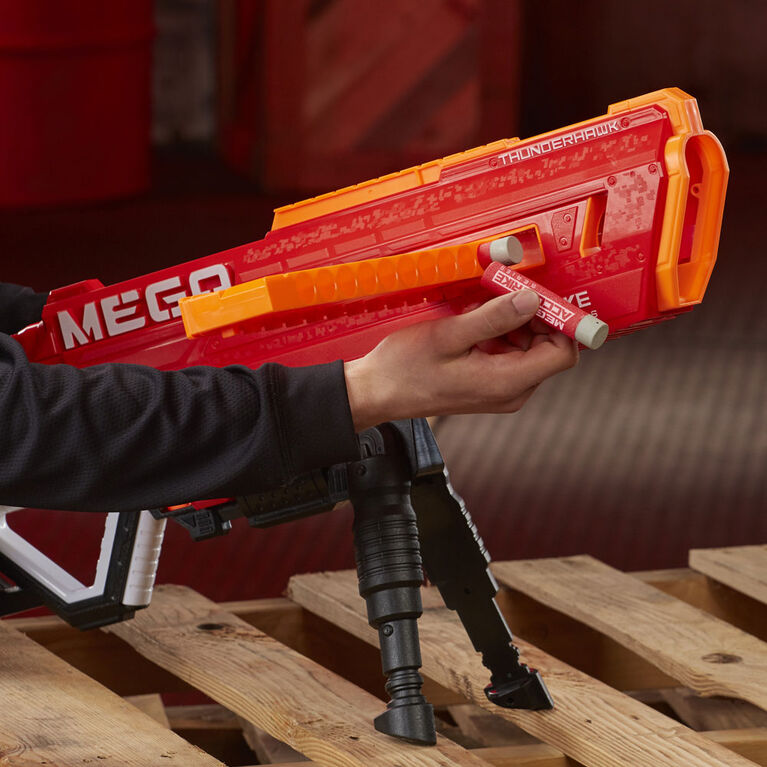 Ages 8 and up
CAUTION: Do not aim at eyes or face. TO AVOID INJURY: Use only darts designed for this product. Do not modify darts or dart blaster.
WARNING: CHOKING HAZARD - Small parts may be generated. Not for children under 3 years. Assembly required. No tools needed.

*Accuracy based on test data comparing precision and repeatability of darts fired under controlled conditions at target 30 feet (9 meters) away. See Nerf.com for details. Ability to hit target will vary depending on user's skill, dart condition, and other factors.