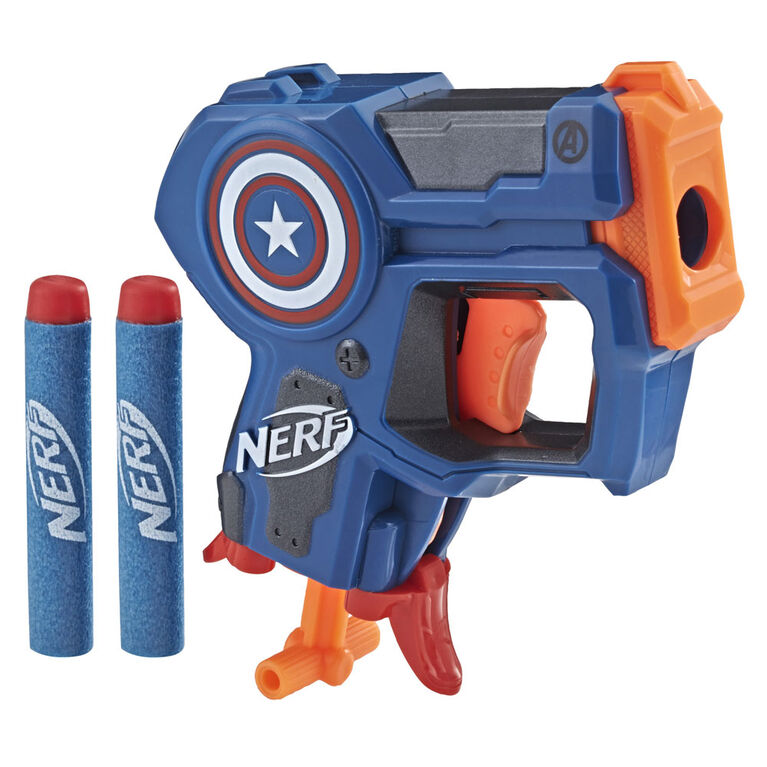 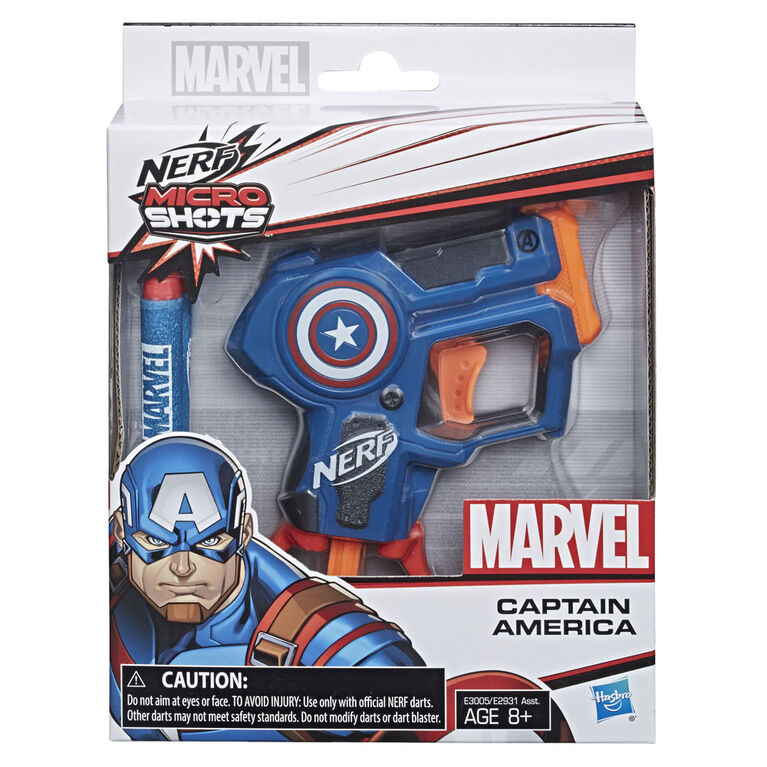 Blast into big fun with the Nerf MicroShots series of collectible, mini-sized Nerf blasters! This MicroShots Marvel blaster features deco that captures the distinctive look of favorite Marvel character Captain America. The blaster includes 2 darts that are specially decorated to correspond to the blaster's Captain America-inspired deco. This micro-sized blaster fires 1 dart at a time. Load 1 dart into the front of the blaster, pull down the handle to prime, and pull the trigger to fire. Look for other MicroShots series blasters for collecting and playing (each sold separately).

Hasbro and all related terms are trademarks of Hasbro.
Copyright MARVEL.