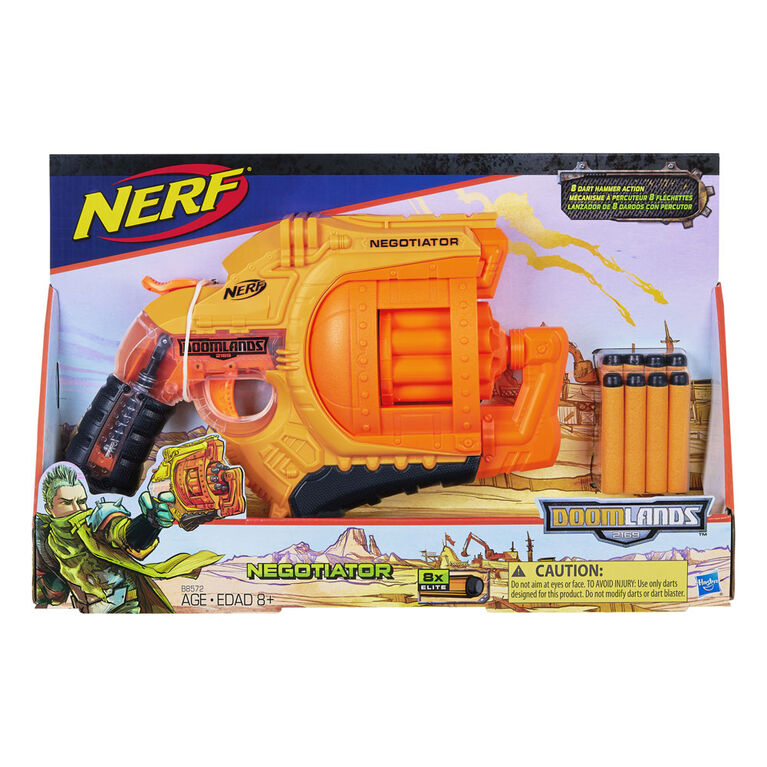 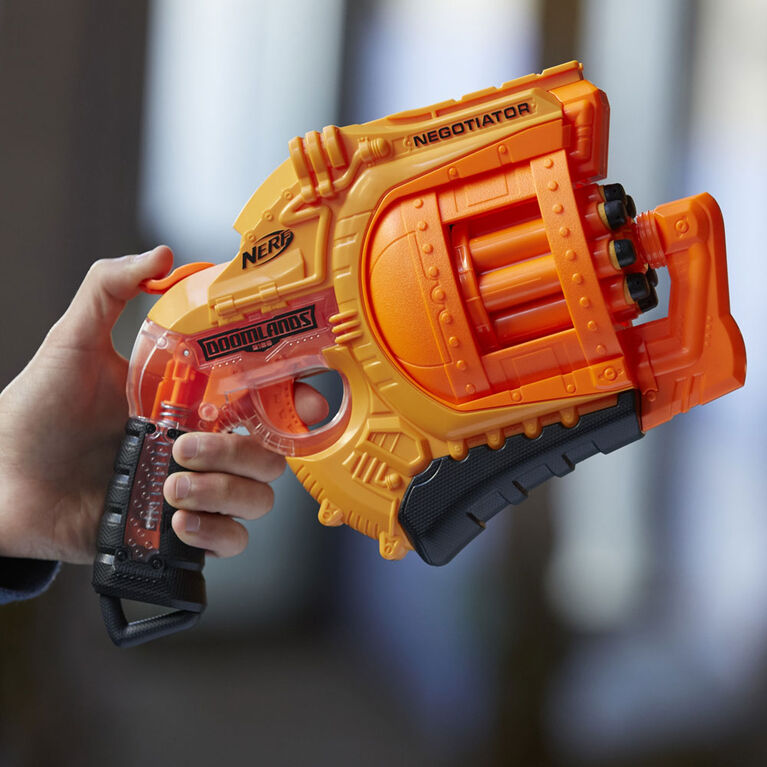 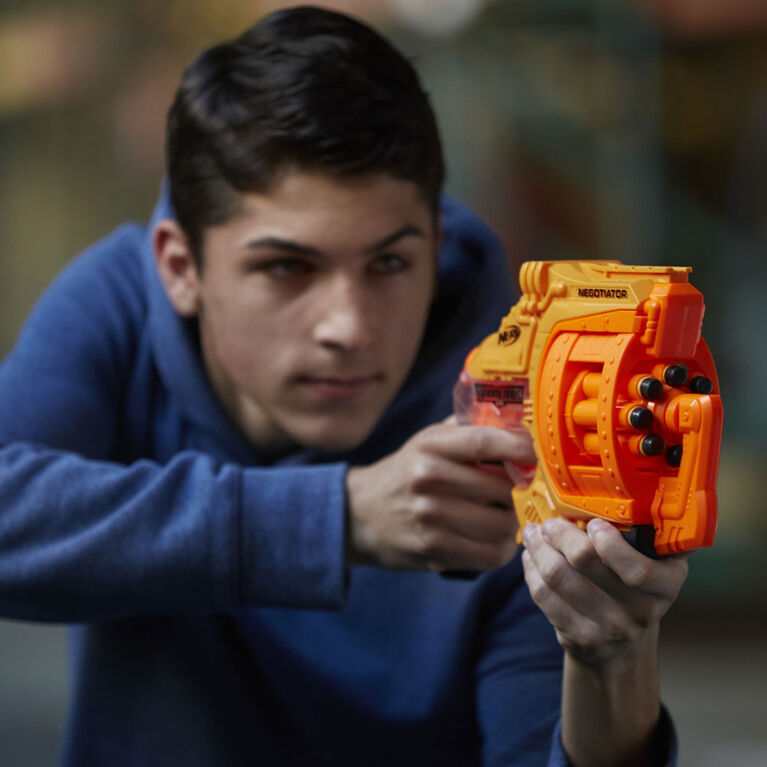 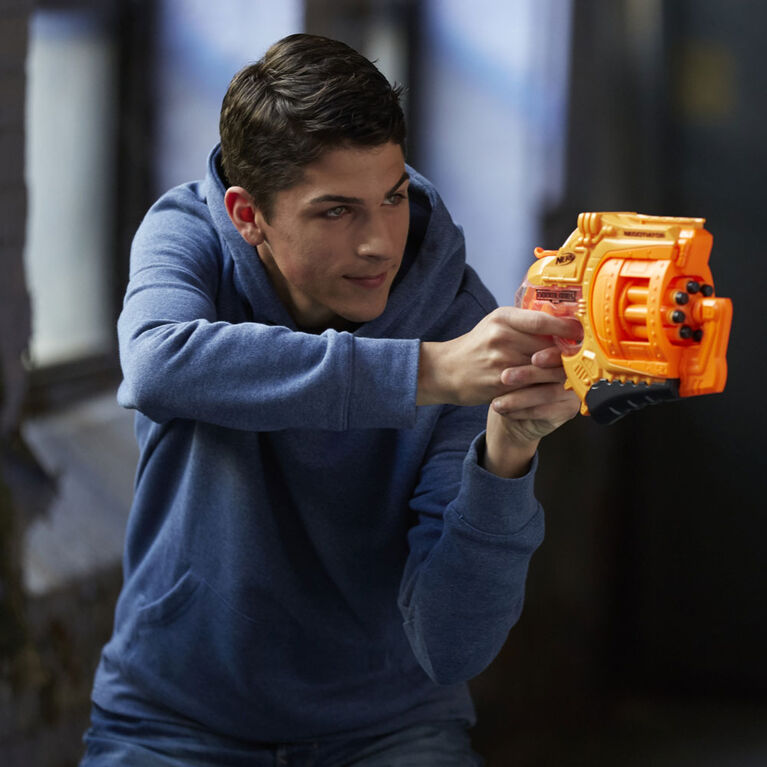 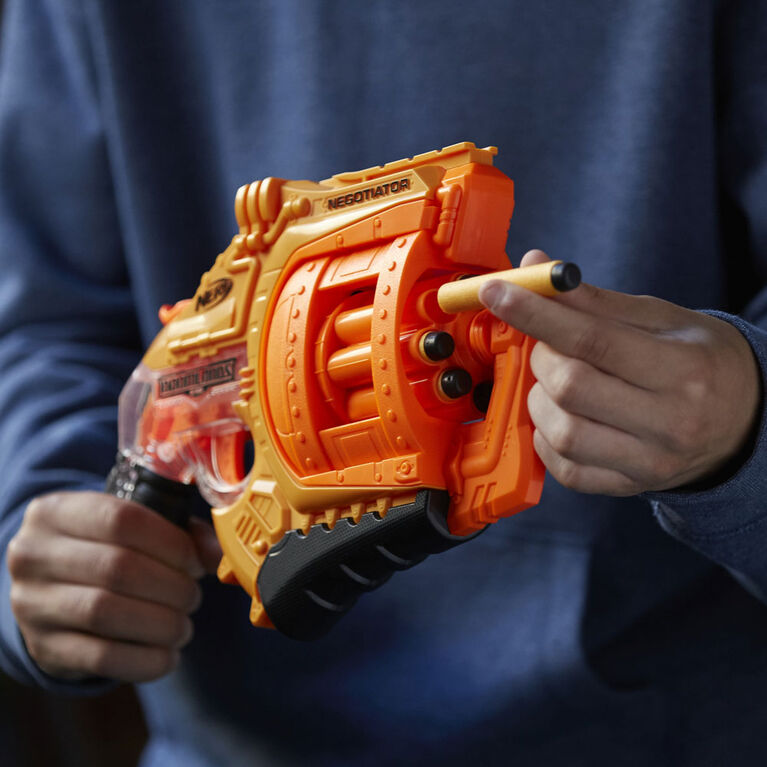 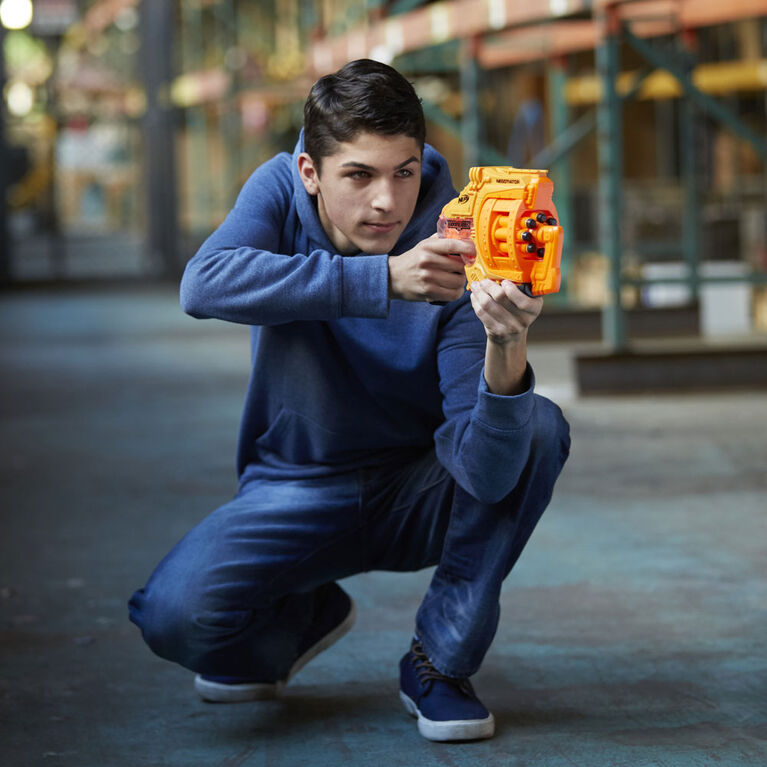 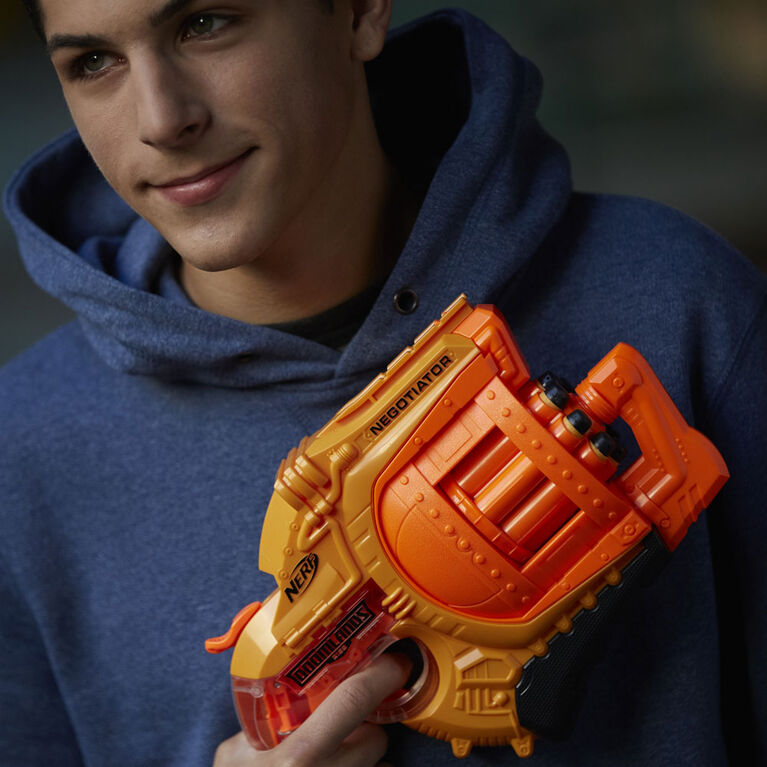 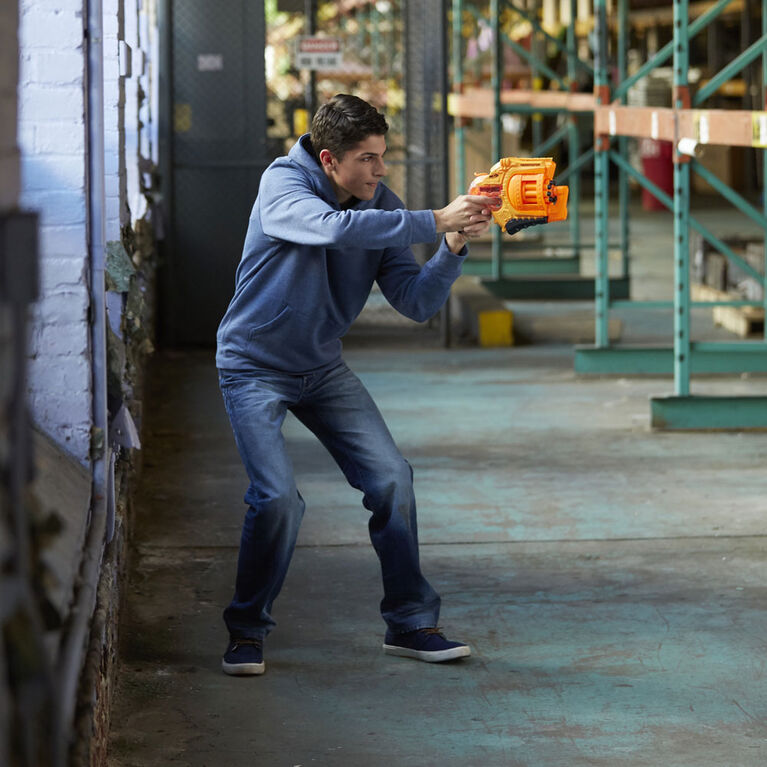 
In a post-apocalyptic future, the Earth is left a barren, lawless wasteland. Out of the ashes, a lone hero emerges to bring justice to a doomed land. Welcome to the world of Nerf Doomlands! Grab the Negotiator blaster and hammer the bad guys with law and order! The Negotiator Nerf toy blaster features hammer action and an 8-dart revolving drum. Shoot 1 dart a time by pulling back the hammer to prime the blaster and pressing the trigger to fire. Blast 8 darts in a row before it,s time to reload. A clear area on this Doomlands Nerf blaster lets you see the internal firing mechanism move when you fire. It includes 8 Official Nerf Doomlands Elite darts that are designed for distance, tested and approved for performance and quality, and constructed of foam with flexible, hollow tips. Prime and fire by hand -- no batteries required. Includes a tactical rail to customize with Nerf accessories (not included).

Hasbro and all related properties are trademarks of Hasbro.