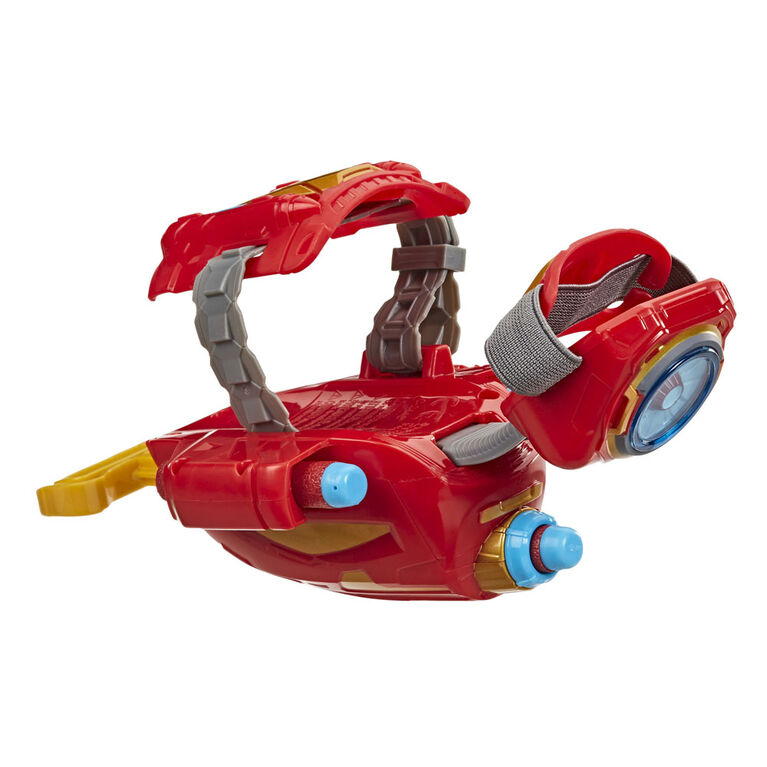 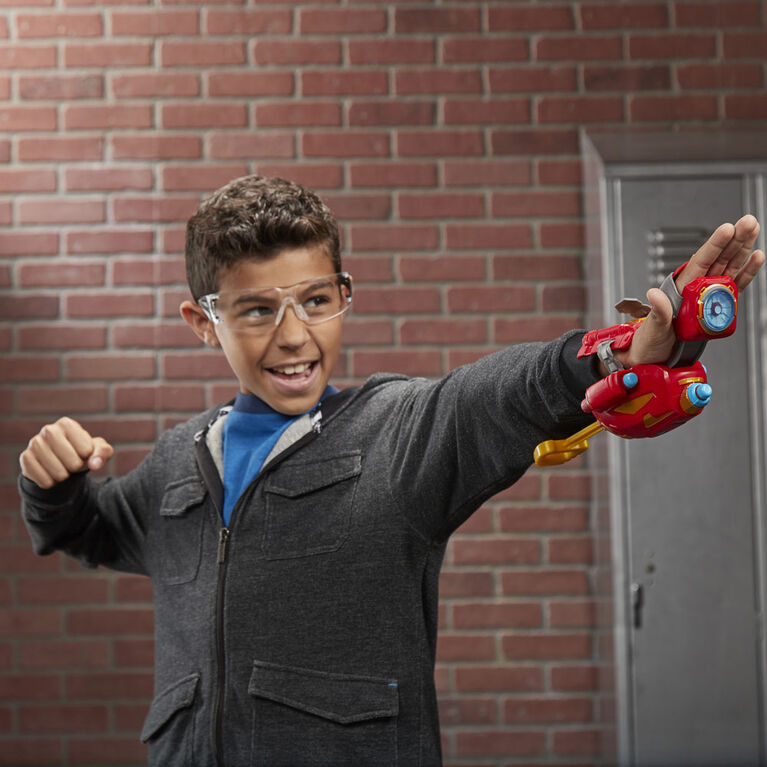 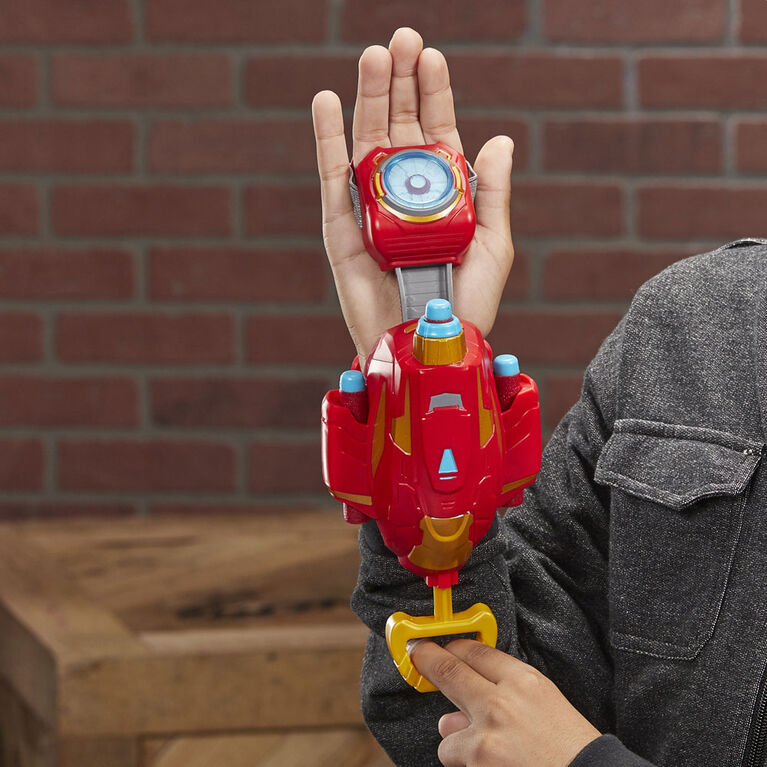 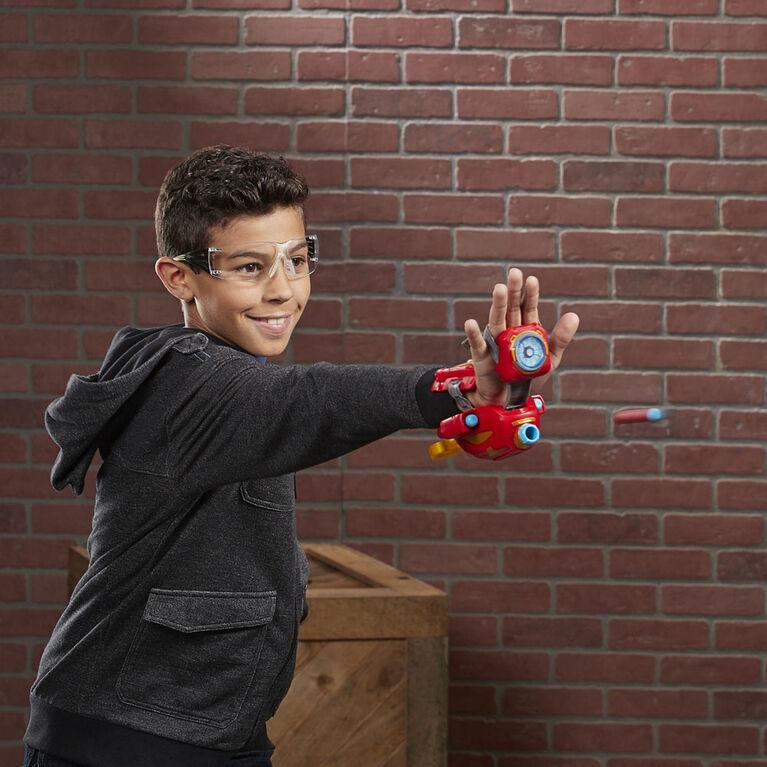 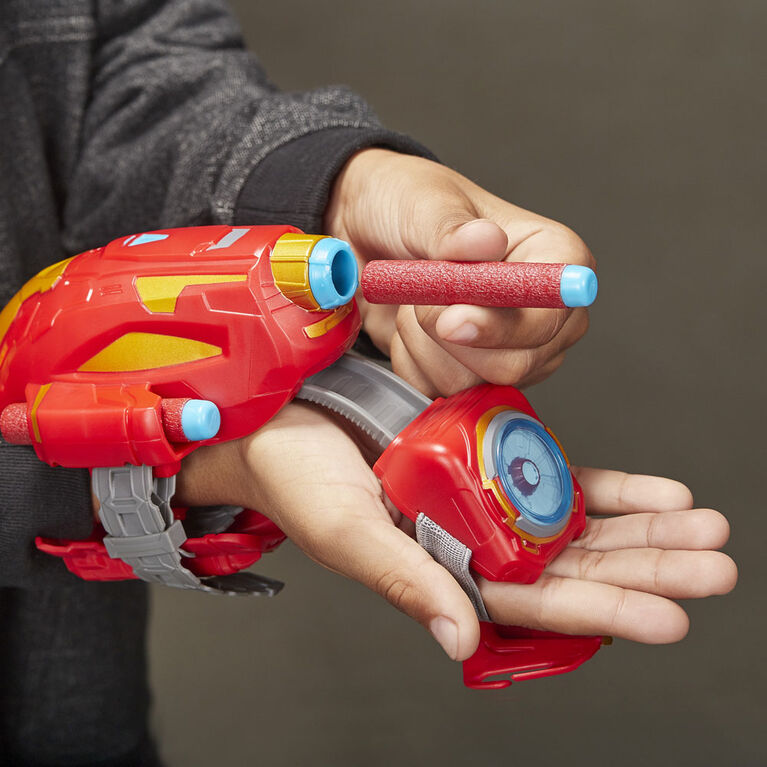 Held against his will by enemies that want him to build weapons, billionaire genius Tony Stark instead creates a suit of armor to become Iron Man

When he's not driving flashy cars and attending VIP parties, billionaire philanthropist Tony Stark is helping the Avengers save the world as Iron Man!

Ages 5 and up
WARNING: CHOKING HAZARD - Small parts may be generated. Not for children under 3 years.
CAUTION: Do not aim at eyes or face. TO AVOID INJURY: Use only with official NERF darts. Other darts may not meet safety standards. Do not modify darts or dart blaster.
Additional darts sold separately.