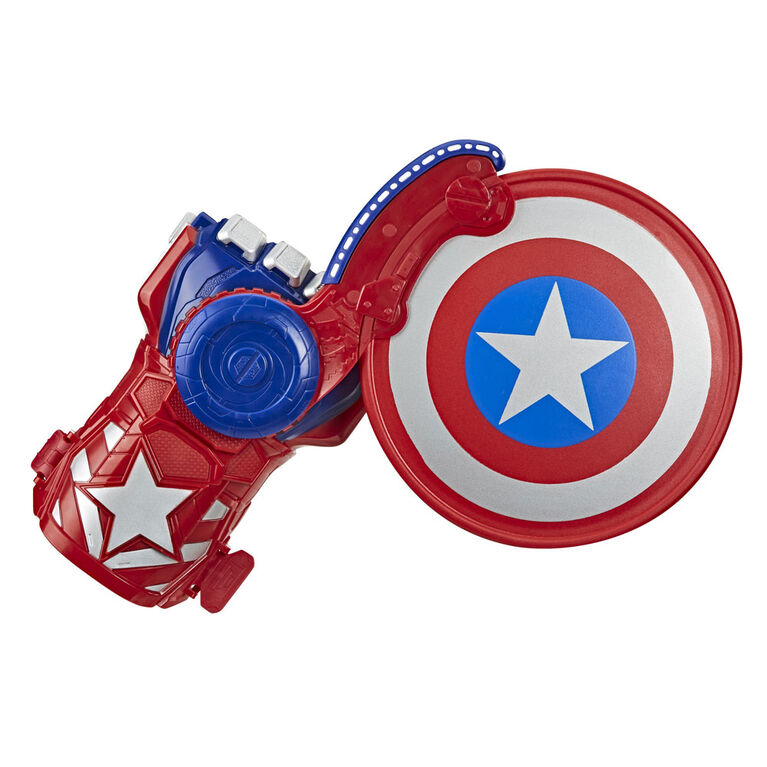 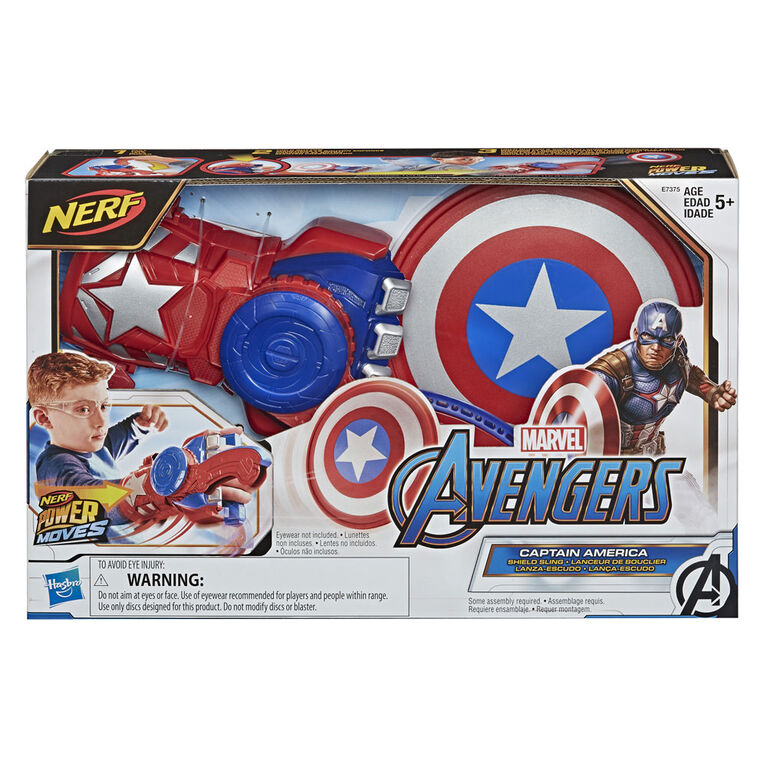 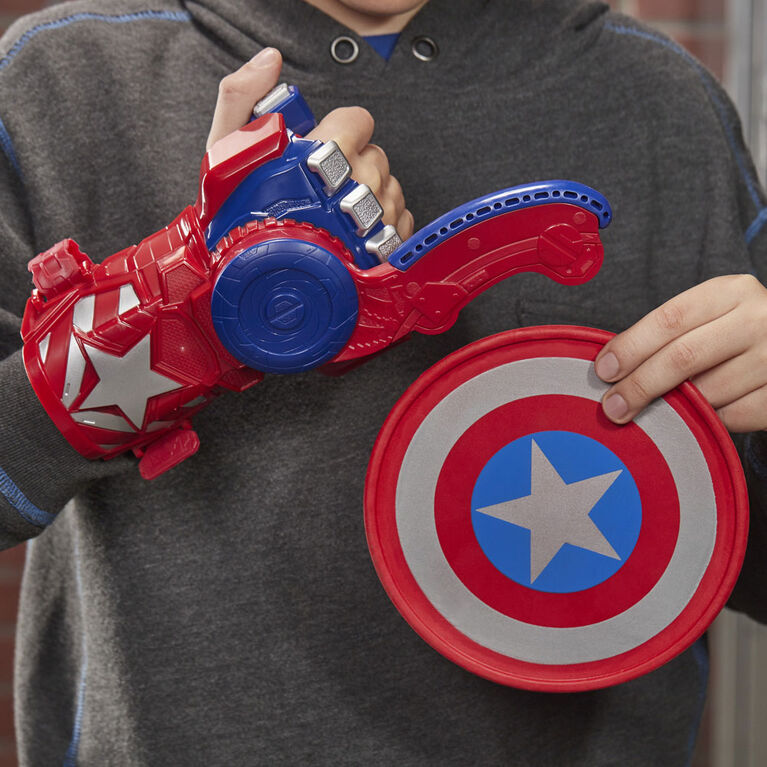 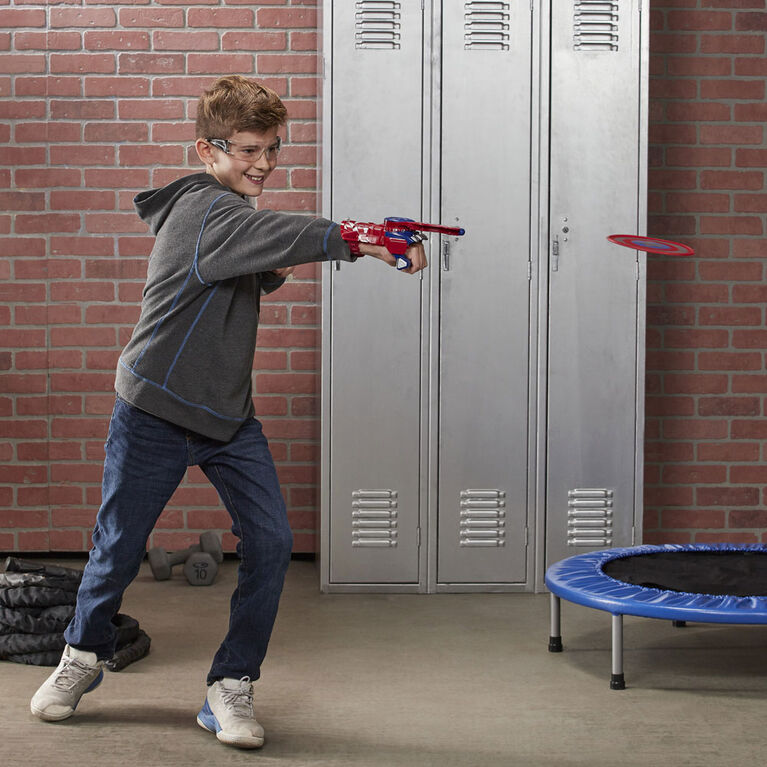 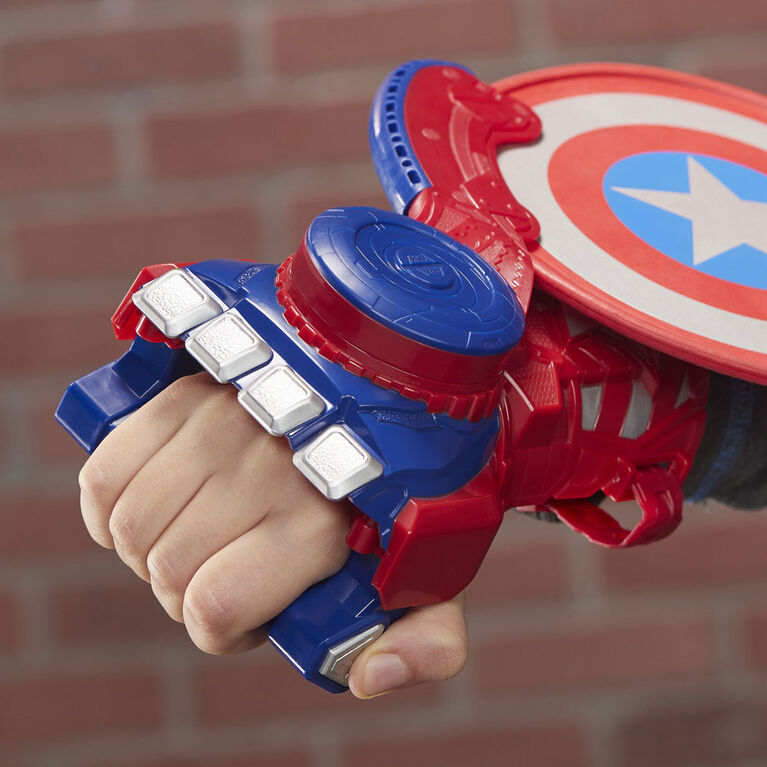 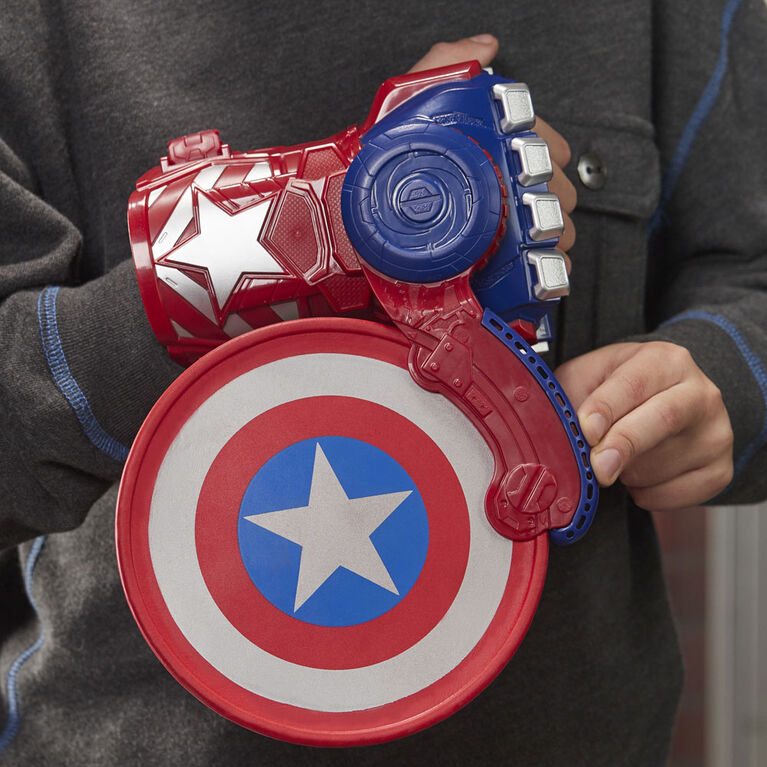 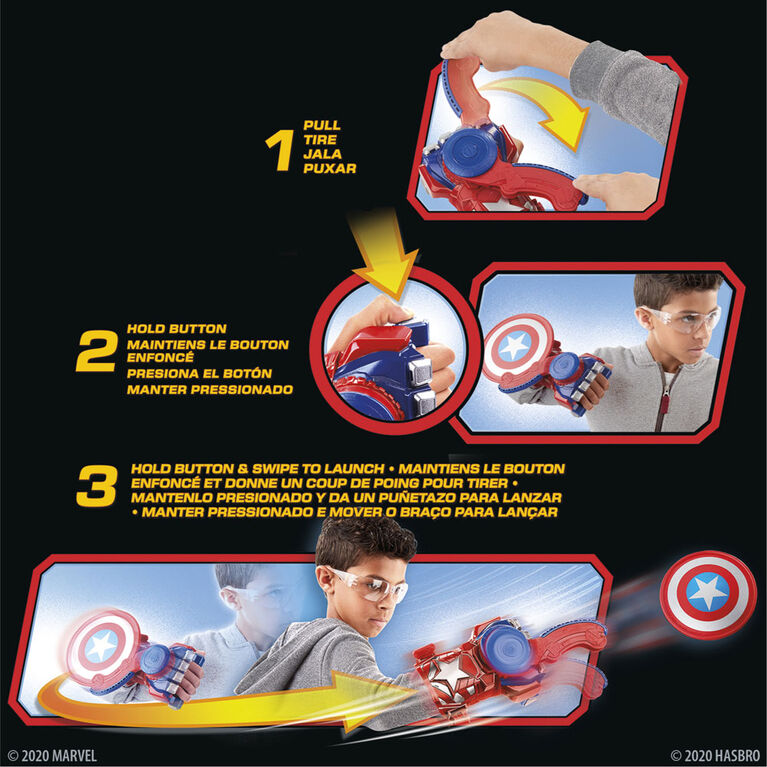 
World War II hero and Super Soldier Steve Rogers fights for justice as the leader of the world's mightiest Super Heroes, the Avengers!

Ages 5 and up
WARNING: CHOKING HAZARD - Small parts may be generated. Not for children under 3 years.
CAUTION: Do not aim at eyes or face. TO AVOID INJURY: Use only with official NERF discs. Other discs may not meet safety standards. Do not modify discs or dart blaster.
Some assembly required.