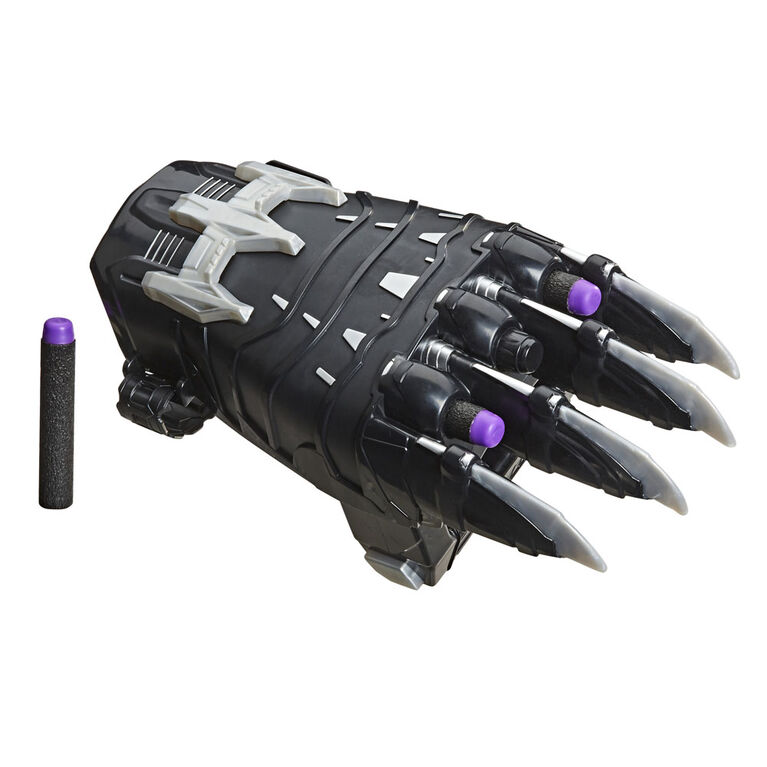 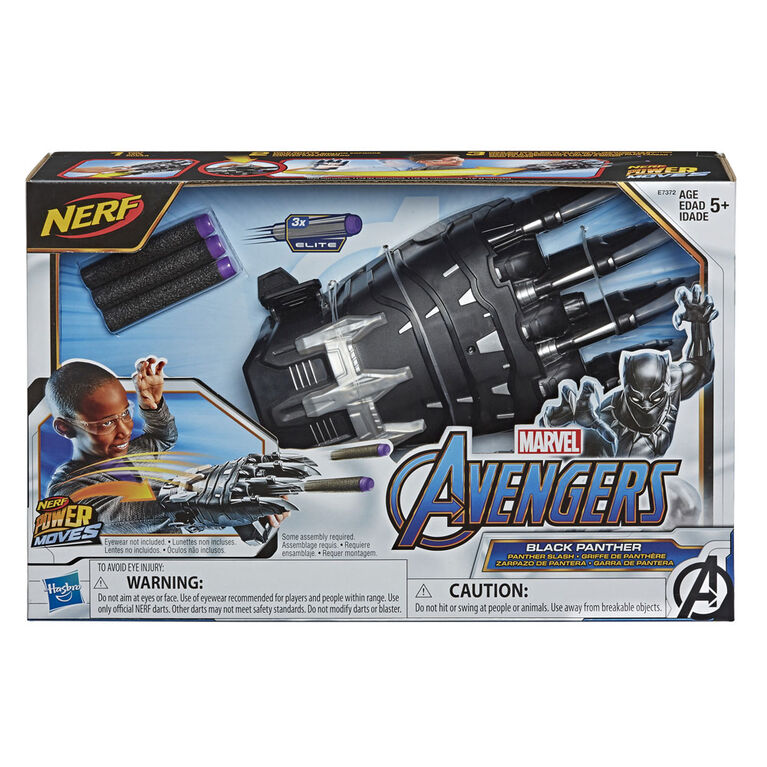 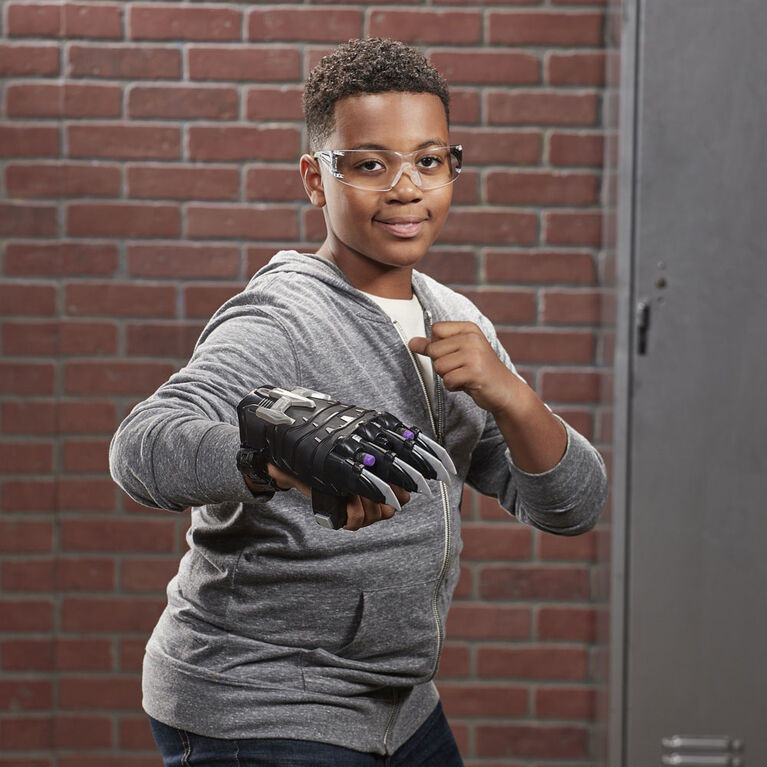 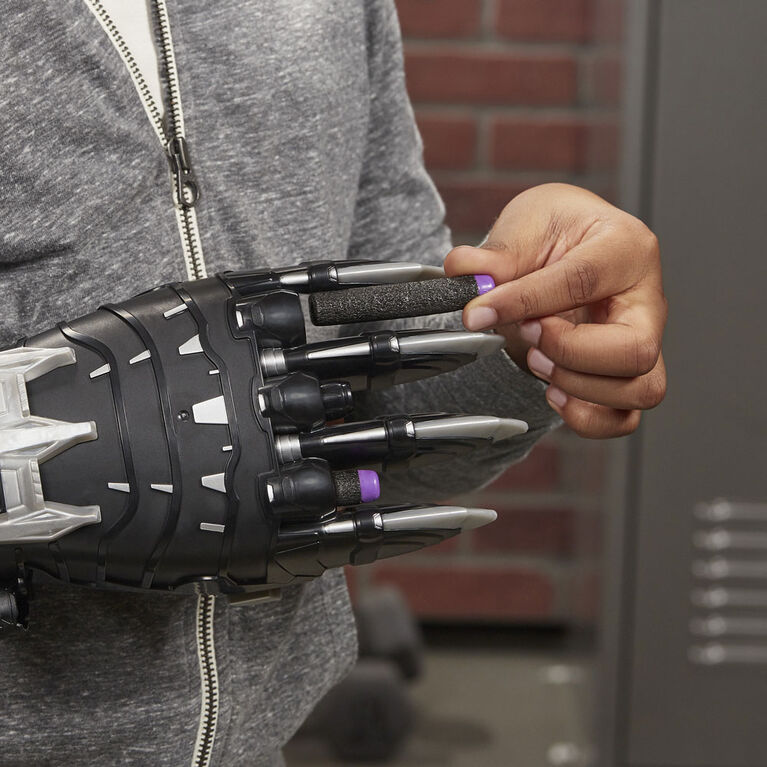 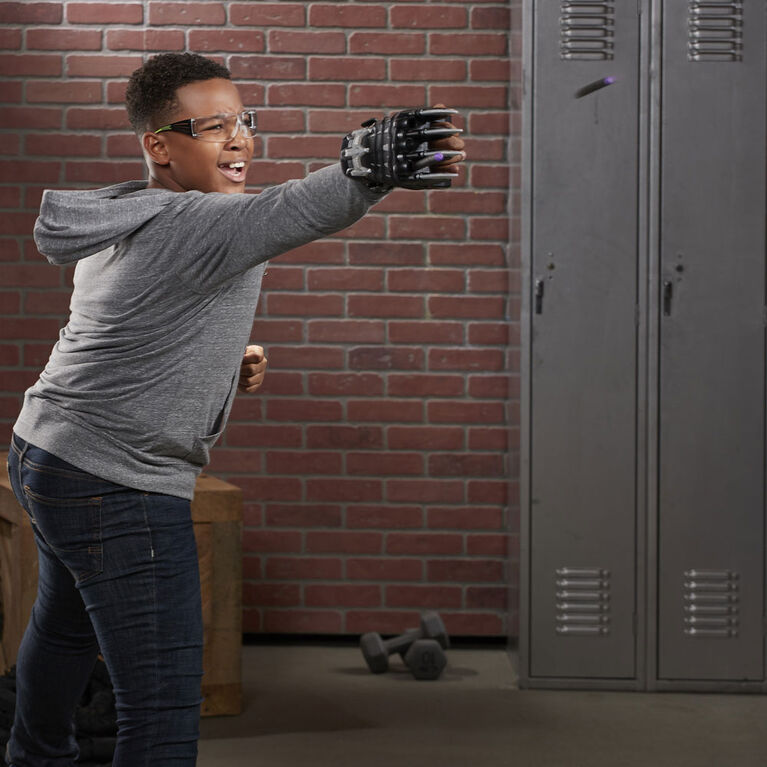 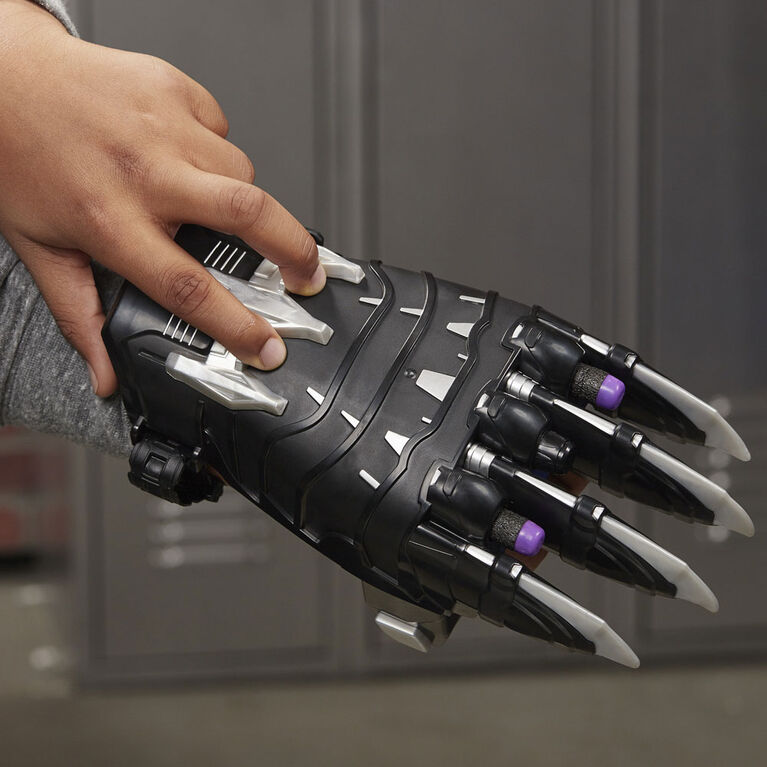 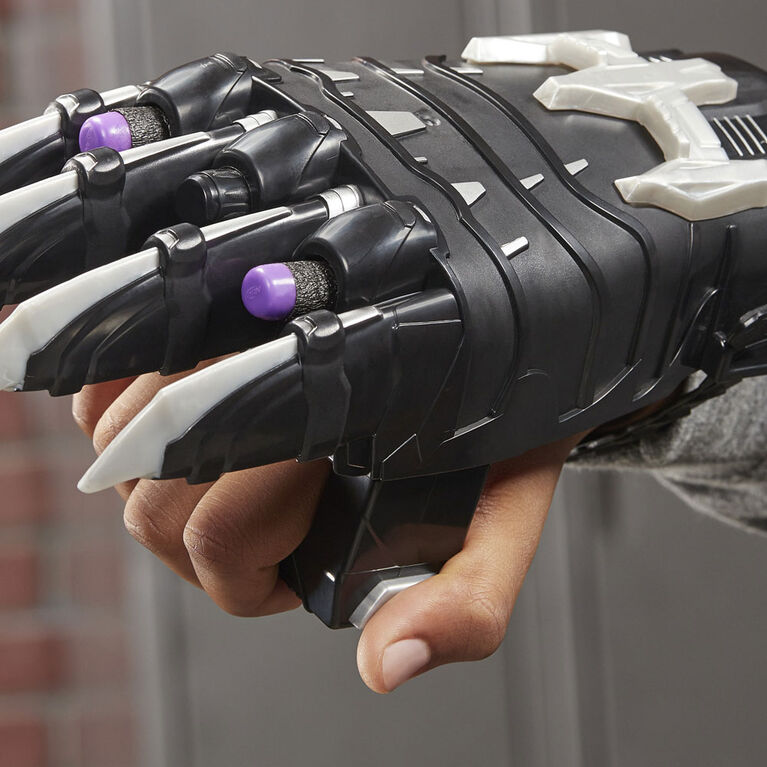 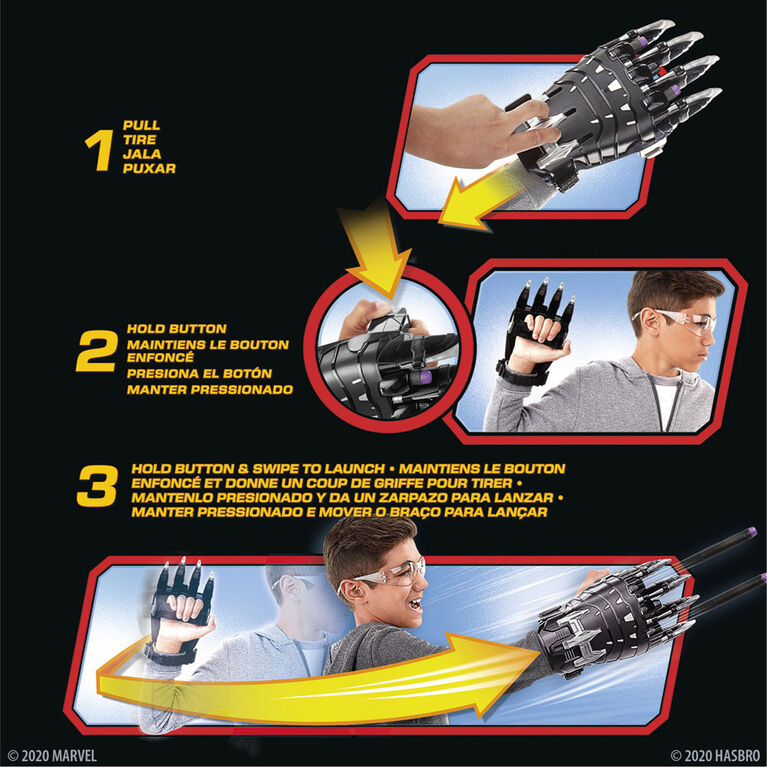 When he's not saving the day as the powerful warrior known as Black Panther, King T'Challa rules the highly advanced and carefully hidden African nation of Wakanda!

There's more to being a Super Hero than capes and fancy suits. Being a Super Hero is about defending justice and knowing when it's time to fight as a team! Kids can imagine powering up for action alongside their favorite super heroes, like Iron Man, Captain America, Spider-Man, Black Widow, Hulk, Black Panther, Thor, and more, with Avengers figures and roleplay! Avengers, Assemble!

With the NERF Power Moves Marvel Avengers Black Panther Power Slash roleplay toy, kids ages 5 and up can imagine taking a swipe at Thanos and his minions! Boys and girls will love pretending to be Black Panther, holding down the button on the Power Slash claw toy and performing the Power Slash move to launch dual NERF darts!

Ages 5 and up
WARNING: CHOKING HAZARD - Small parts may be generated. Not for children under 3 years.
CAUTION: Do not aim at eyes or face. TO AVOID INJURY: Use only with official NERF darts. Other darts may not meet safety standards. Do not modify darts or dart blaster. Do not hit or swing at people or animals. Use away from breakable objects.
Additional darts sold separately.
Some assembly required.