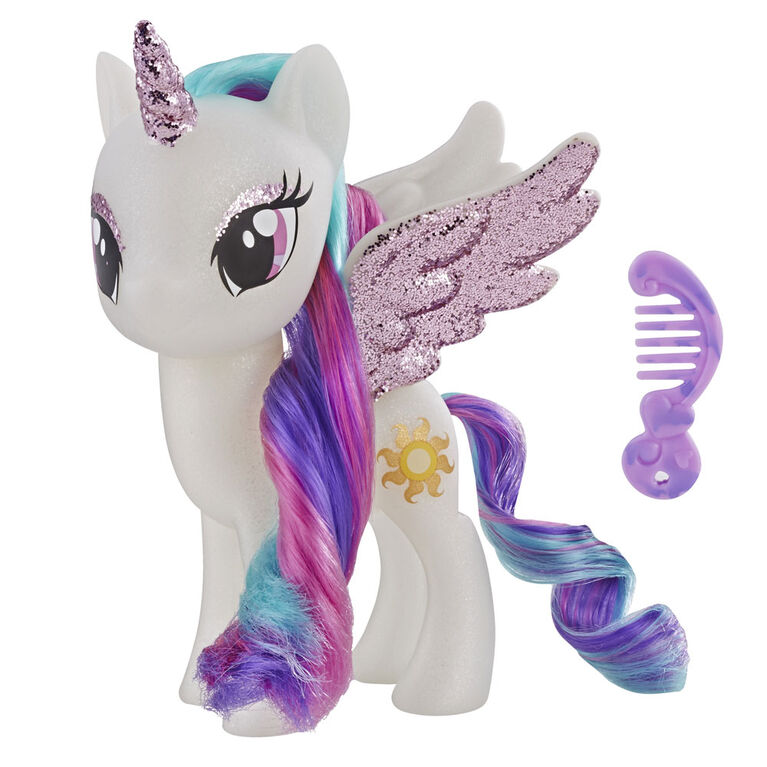 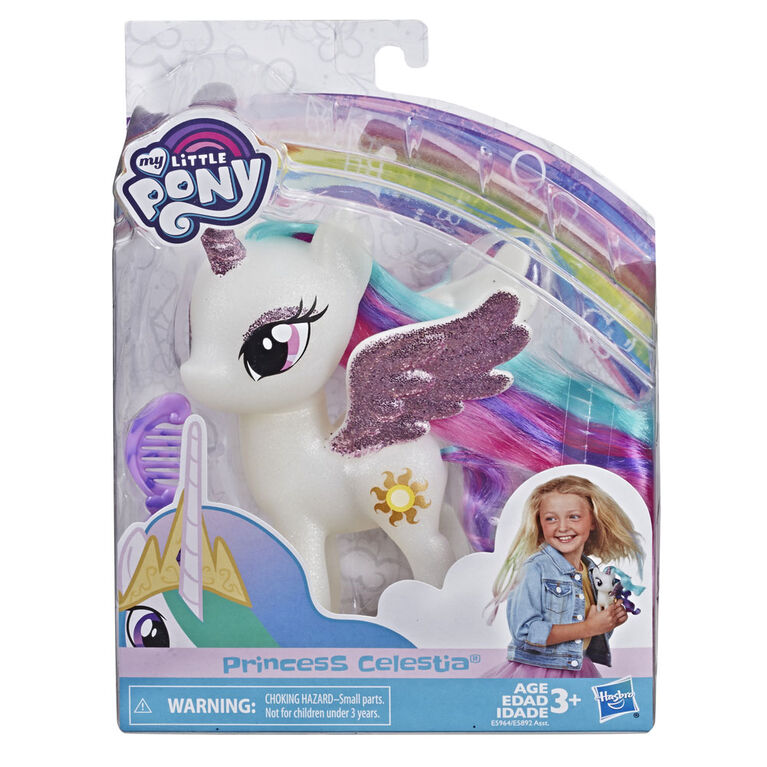 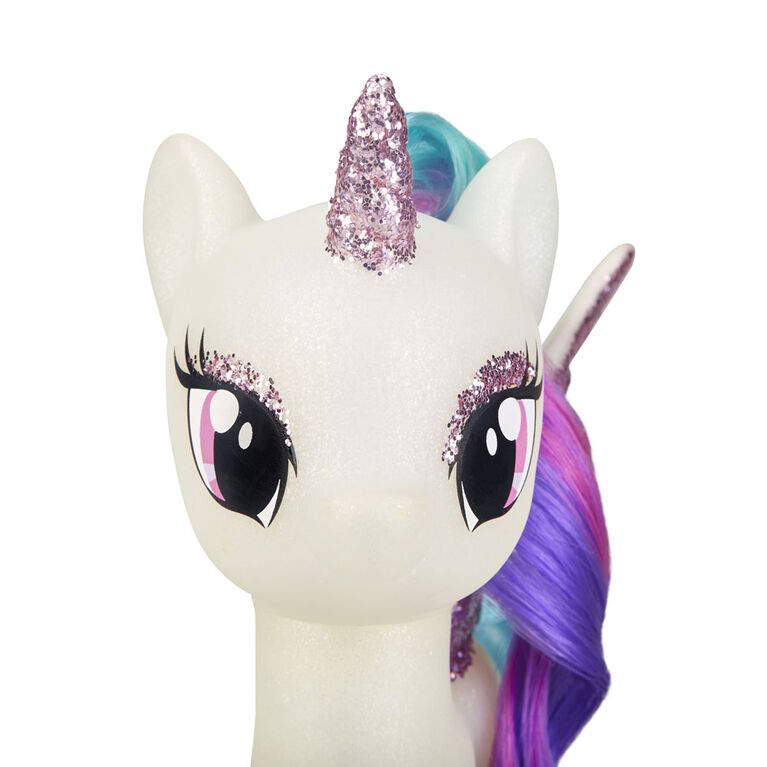 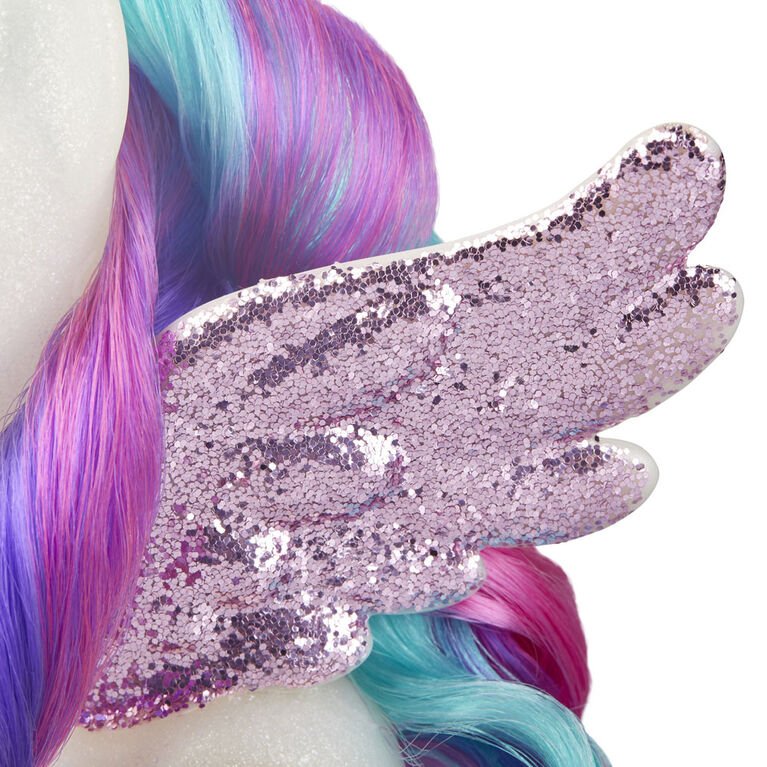 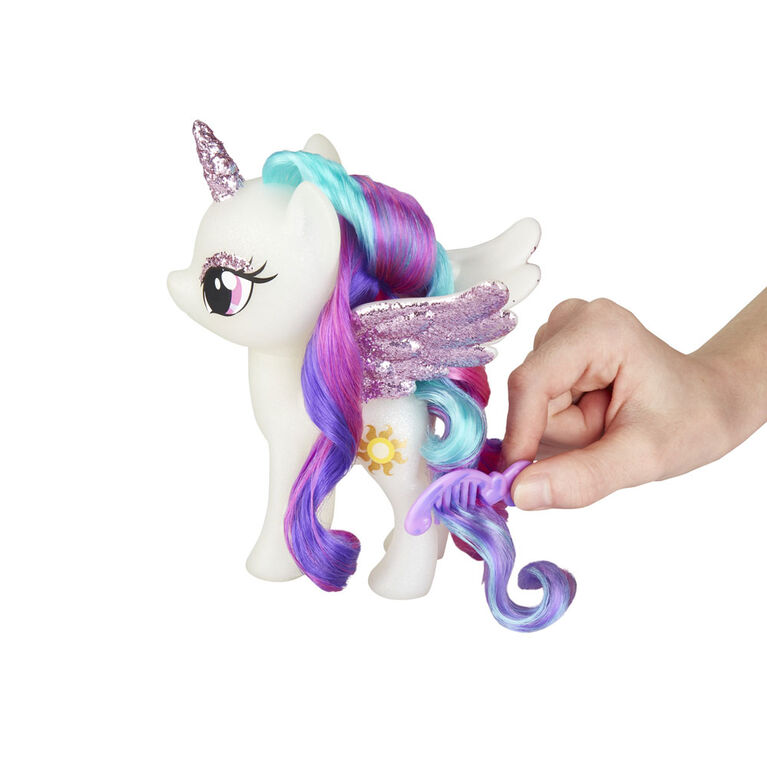 R Exclusive, only available at Toys R Us Canada. Imagine fun stories alongside the magical ruler of Equestria with this sparkling Princess Celestia pony figure! This pony figure has a beautiful horn and wings that sparkle and shine with glitter! Kids can use the included comb accessory to brush her long, colorful hair.

Princess Celestia figure has a beautiful horn and wings that sparkle with pink glitter
Pony figure has long, colorful hair that's great for brushing and styling! Kids can use the included comb to brush her gorgeous blue mane and color-streaked tail
White, 6-inch Princess Celestia alicorn figure with signature sun-shaped cutie mark
Look for sparkling Princess Luna figure to imagine the sisters are co-ruling Equestria together, like they do in the My Little Pony Friendship is Magic television series
Princess Celestia toy makes a great gift or birthday present for kids ages 3 years old and up. Beautiful figure for fans of the My Little Pony TV show and My Little Pony: The Movie

Ages 3 and up.
WARNING: CHOKING HAZARD - Small parts. Not for children under 3 years.