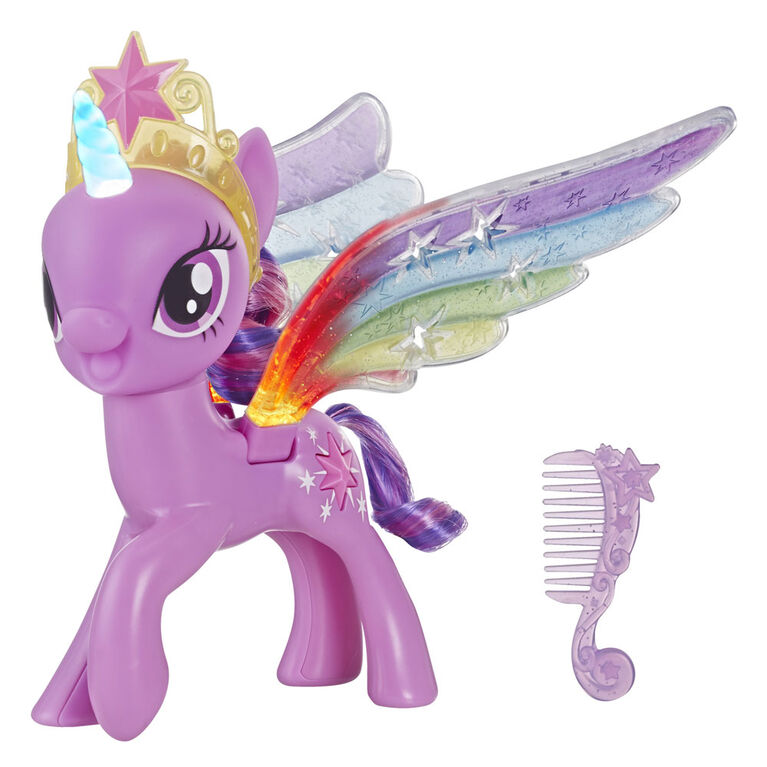 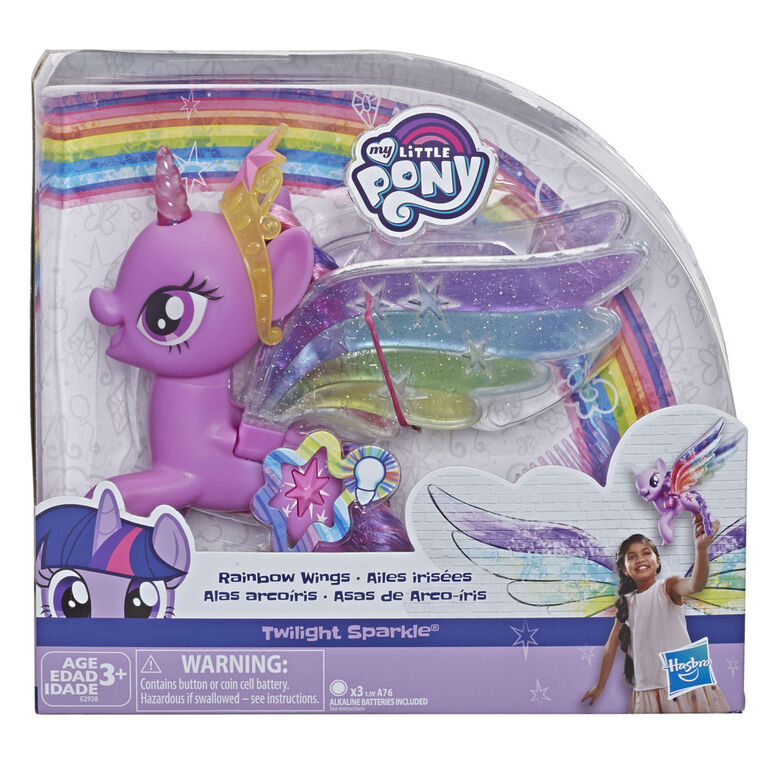 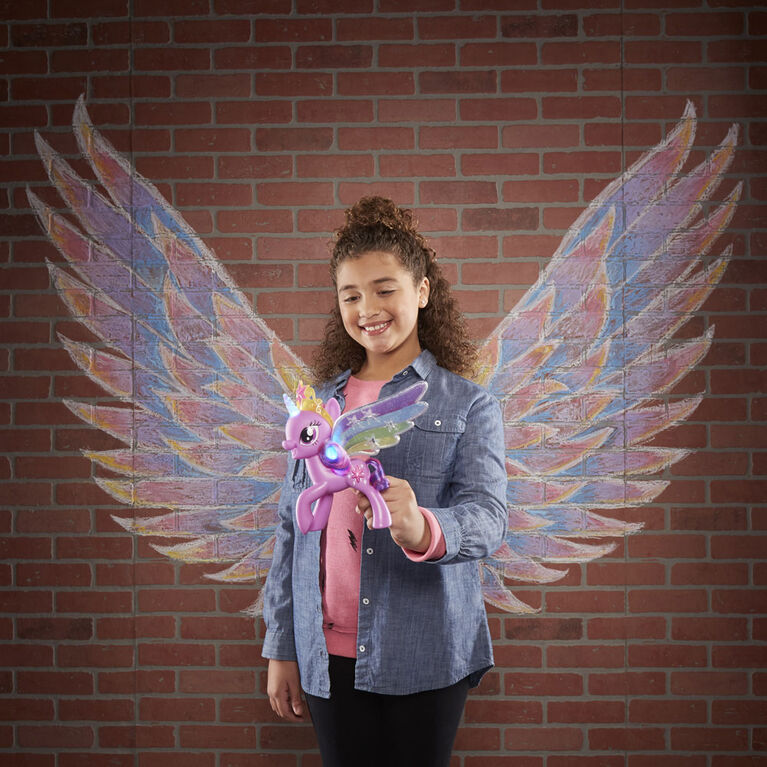 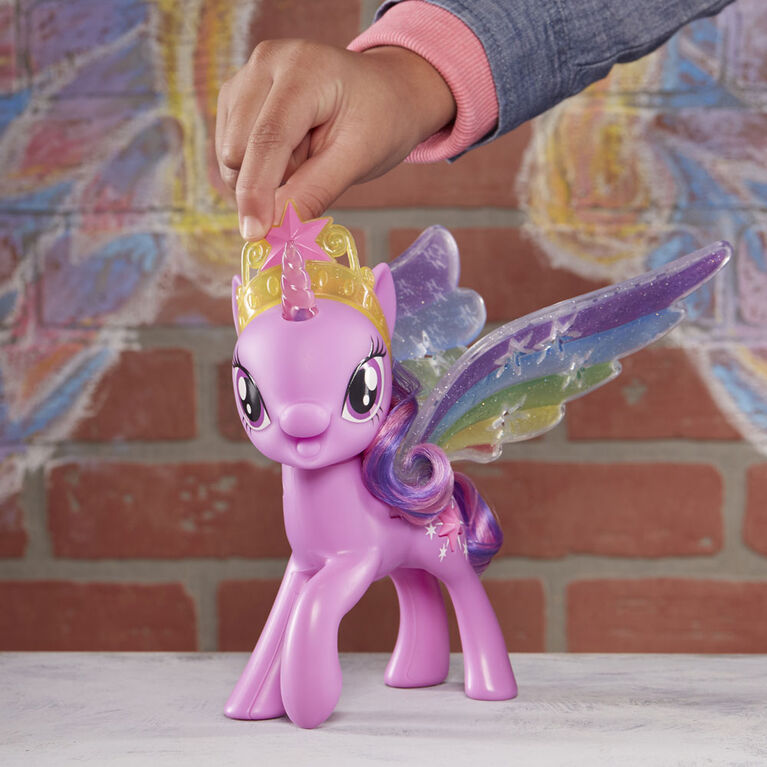 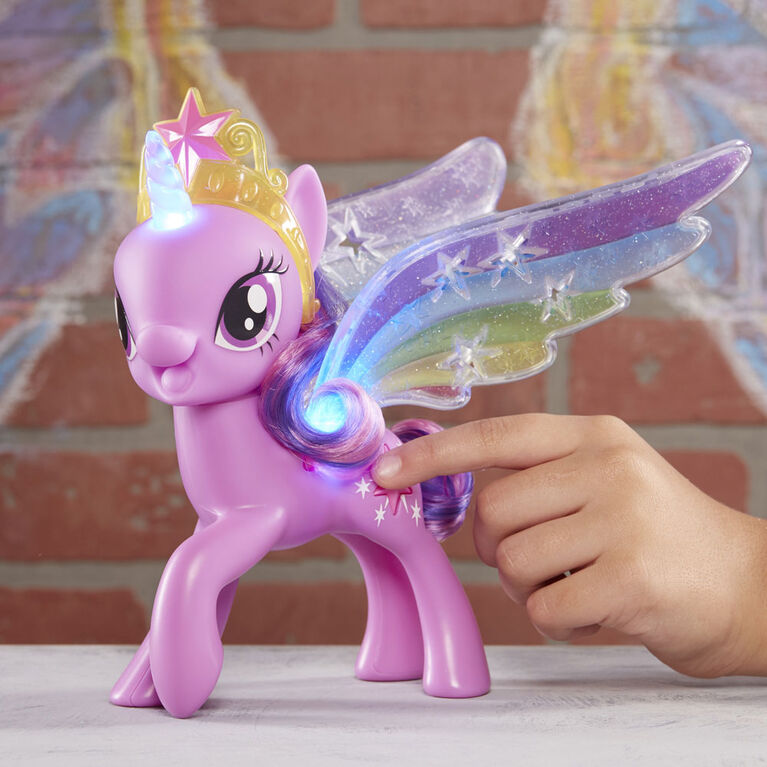 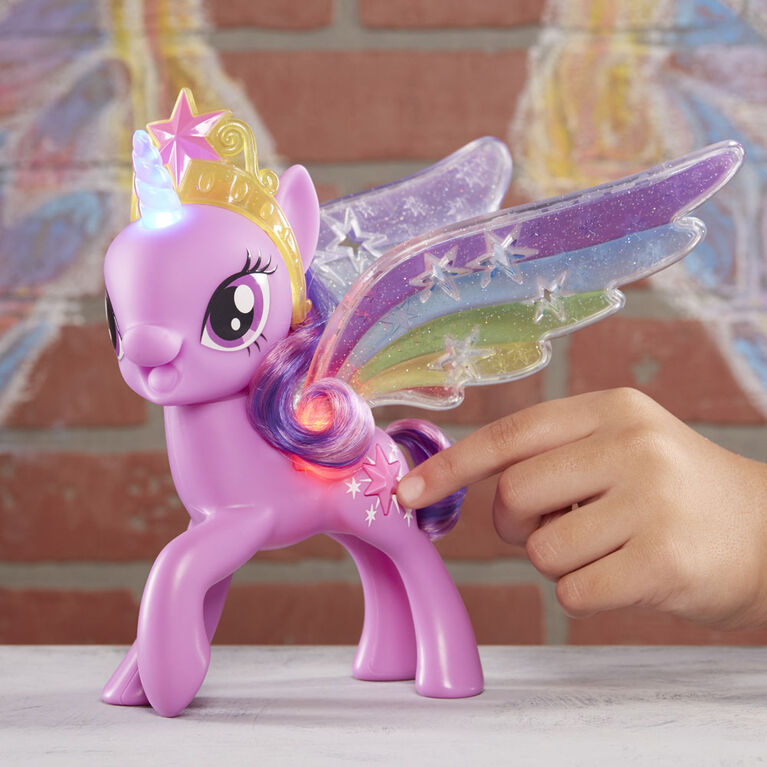 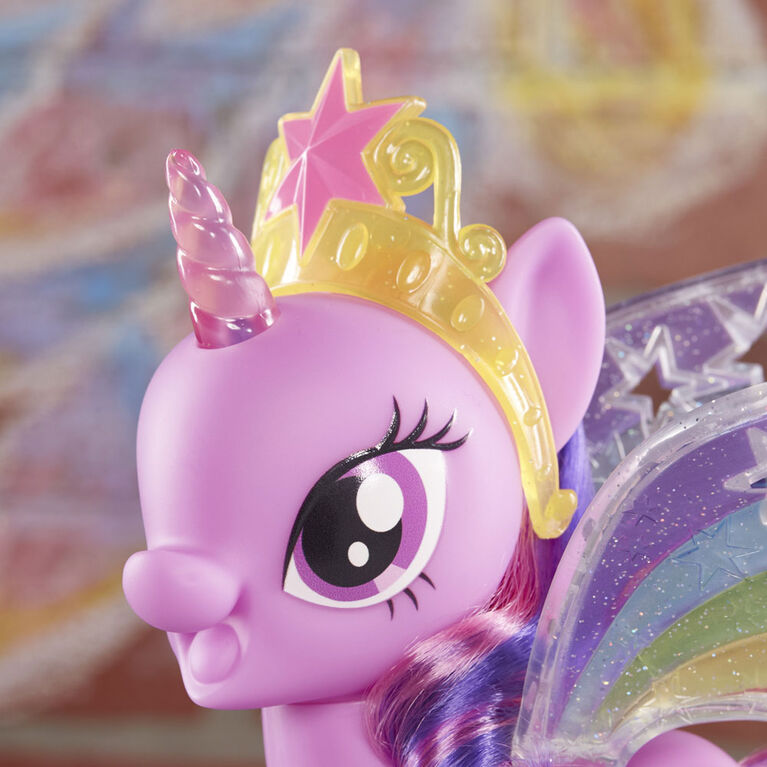 R Exclusive, only available at Toys R Us Canada. Twilight Sparkle represents the Element of Harmony "magic," and she is an alicorn princess, which is a pony who has both wings and a unicorn horn. Imagine her soaring through the clouds above Equestria with the Rainbow Wings Twilight Sparkle pony figure! This purple pony figure has gorgeous rainbow wings inspired by scenes in entertainment. Push her signature cutie mark to see her unicorn horn and wings light up. Her rainbow wings also flutter while holding and guiding her up and down to pretend she's flying. When her wings flutter, they light up too! She also comes with her signature princess tiara and a comb for styling her purple mane and tail.

Twilight Sparkle uses her colorful wings to fly above Equestria, spreading the magic of friendship wherever she goes.

Product dimensions are 8 inches by 8 inches.